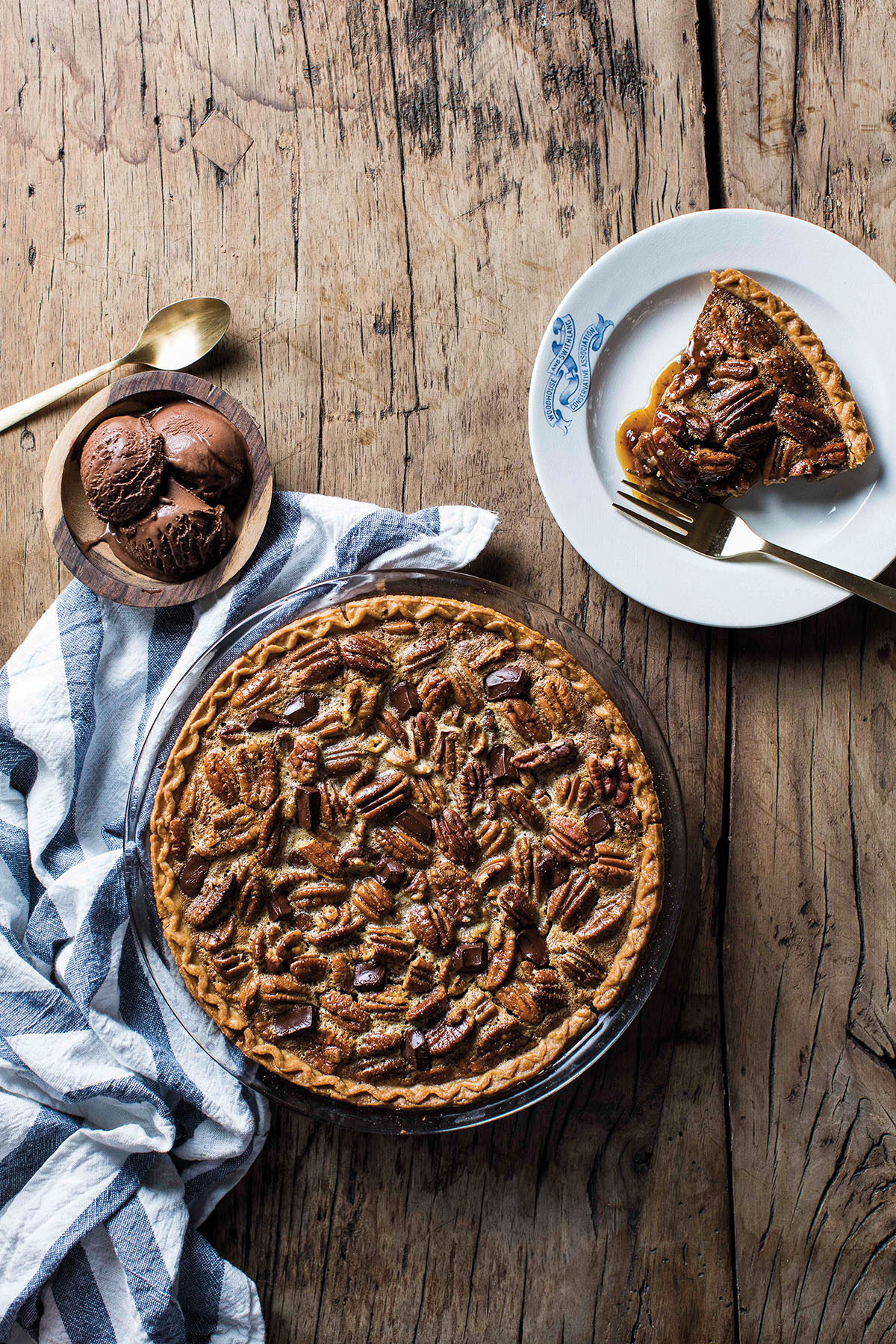 Steve McHugh, James Beard Award-nominated chef and owner of Cured in San Antonio, makes an effort to include a lot of Texas ingredients, including pecans, on his menu. This decadent pie features the addition of rye whiskey (McHugh uses Rittenhouse), which adds a hint of spice and complexity. The use of pecan oil in the sorbet produces a rich, satiny texture. Yields approximately 6 slices.

Preheat oven to 425 F. In a large mixing bowl, combine the sugar and cornstarch. Add the syrups, rye whiskey, and eggs. Whisk thoroughly.

Fold in pecans and chocolate. Season with a pinch of cinnamon and nutmeg. Pour the mixture into the pie shell and bake for 10 minutes on the center rack of the oven. Reduce the temperature to 375 F and bake for 35 more minutes. Remove and allow to cool at room temperature, preferably overnight.

Serve topped with a scoop of sorbet, if desired.

Combine all ingredients in a blender. Press through a fine strainer and process in an ice cream maker.

This recipe originally appeared in “In Praise of Pecans, Texas’ Favorite Nut” from the October 2020 issue.