A State of Great Migration

Find your spot to witness the extraordinary voyagers of Texas

A ruby-throated hummingbird zips around a mangrove forest in the Yucatán at the southern tip of the Gulf of Mexico, tanking up on nectar and insects for its journey north. Suddenly, on a spring evening at dusk, it launches into the sky and flies over open seas with a mixed flock of vireos, warblers, and buntings. Riding tailwinds, they flap nonstop through the night and the next morning until they land, exhausted, on the Texas coast.

In spring and fall, great armies of birds migrate across Texas skies. Millions pass through on long-distance journeys between their northern breeding grounds and their winter homes in Central and South America. Others winter right here in Texas’ relatively warm climate. Of Texas’ 639 species of birds, more than two-thirds are migrants.

All these comings and goings, these to-ings and fro-ings, make Texas the nation’s number-one migration state, mostly driven by birds. This claim might have remained another unproven Texas boast if someone hadn’t recently put it to the test. When Bart Ballard, a research scientist at the Caesar Kleberg Wildlife Research Institute at Texas A&M-Kingsville, pointed mobile radars at the sky along the lower Gulf Coast in the spring, he documented passage rates of more than 1,000 birds per kilometer per hour—10 times more than the number measured in other states where similar testing has been done. At times in the fall, the passage rate reached 5,000 or more birds per kilometer per hour. 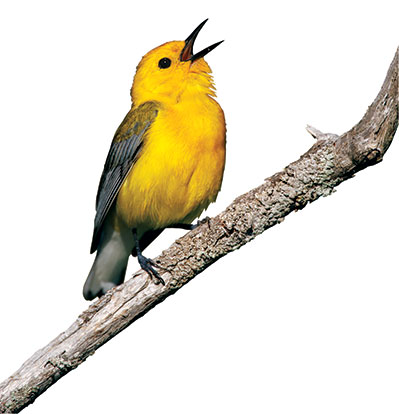 And while birds may be Texas’ highest-profile migratory species, bats, butterflies, dragonflies, sea turtles, and even blue crabs also boot-scoot across our state. Millions of monarch butterflies—most of the population of the United States and Canada—float through on their 2,000-mile journey to their wintering grounds among forested canyons in Mexico. Several species of dragonflies make a similar marathon migration from Canada to the tropics. In one of the shortest migrations, female blue crabs scuttle miles seaward to spawn in salty estuaries, providing a favorite food for another Texas migrant: the endangered whooping crane.

How all these critters navigate their long-distance journeys is a mystery that scientists are working to unravel. Migrants navigate using the sun and stars, and they follow geographic landmarks like coastlines and river valleys. But most species have backup systems, too. Monarchs, for example, are born with internal clocks and time-compensated sun compasses. Many species of shorebirds and sea turtles use olfactory cues. One of the more recent discoveries is that many migrants have tiny magnets in their heads that help them sense the earth’s magnetic field.

Finding a good seat for this exuberant display can be maddeningly elusive, however. A surprising number of species—even diurnal birds such as warblers and shorebirds—migrate at night to avoid daytime predators and take advantage of calm, cool skies. And some birds, and even monarchs, migrate at altitudes of 5,000 to 13,000 feet—far out of sight.

Cliff Shackelford, nongame ornithologist at the Texas Parks and Wildlife Department, likens the migration chase to watching the Tour de France bicycle race. “All you can really do is wait in one spot ahead of the racers in hopes of getting a glimpse of them zipping by.”

But for those lucky enough to witness one of nature’s most awe-inspiring phenomena, the experience can be un-forgettable. “Last April, I saw probably 10,000 American avocets in one massive flock at Bolivar Flats just east of the Galveston jetty,” Shackelford says. “I was looking at roughly five percent of the world’s population, foraging as one, swaying from side to side. I felt like I’d crashed a family reunion.”

Victor Emanuel, founder of the Austin-based Victor Emanuel Nature Tours, says being aware of the full scope of a migratory bird’s journey enhances the spectacle. “I was looking out at the shore one day and watched seven birds bathing, and I saw they were Hudsonian godwits,” he recalls of an experience at Bolivar Flats. “I realized they had flown nonstop from southern Chile and that this was their first stop.”

Today these long-distance travelers face growing threats. “Disrupt any part of the route—the breeding grounds, the wintering grounds, or the stopover sites in between—and the species is likely to suffer,” writes David S. Wilcove in his 2008 book No Way Home: The Decline of the World’s Great Animal Migrations. In the sky, they face a growing gauntlet of cell towers, power lines, wind turbines, and lighted buildings. On the ground, development consumes more crucial habitat each year. Here in Texas, the protracted drought is drying up wetlands and shrinking food supplies, and some bird species have returned in dwindling numbers over the years.

But these hardy travelers are well-equipped to survive the challenges facing them. Some migrants, in fact, might be changing the timing of their spring migration in response to changing climate. With the change of seasons, the migrants will depart, but always with the promise of return next year.