A Fantasy Tennis Camp Deep in the Heart of Texas

At John Newcombe's Tennis Ranch, an ordinary tennis player can play with Rod Laver and feel like a Hall of Famer for a week 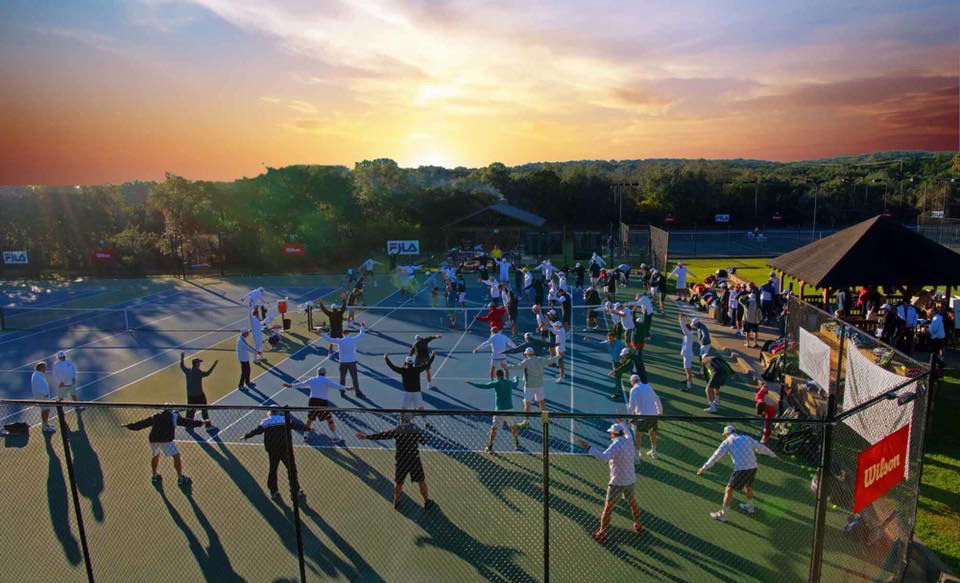 Campers getting ready for tennis with an early morning stretch session. Photo by Ken Munson Photography, courtesy of Tennis Fantasies

It’s 85 degrees on an October morning in New Braunfels. At first glance, the scene is common: two recreational tennis players, both male, finishing off a long singles match with a decisive tiebreaker. But in this scenario, there are 20 other men watching, each of them on a team cheering on the competing players.

Even more notable is that both players are being coached by a tennis legend of the highest order. At the south end of the court, there is Australian Rod Laver, often considered the greatest player of all time. Across the net, his compatriot Roy Emerson, winner of more Grand Slam singles and doubles titles than any man in tennis history.

Welcome to Tennis Fantasies with John Newcombe and the Legends, a once-a-year fantasy camp held in October at the John Newcombe Tennis Ranch, the Aussie legend’s namesake tennis mecca founded in New Braunfels in 1968. The fantasy camp, which is open only to men, starts on Sunday, runs through Friday, and includes hearty helpings of beer, blarney, and, most of all, round-the-clock access to tennis legends—from stories of the greats to instruction, competition, and camaraderie.

Tennis Fantasies started nearly 35 years ago, when Steve Contardi, managing partner of The Club at Harper’s Point, a prominent tennis club in Cincinnati, Ohio, attended a baseball fantasy camp and wondered if it would be possible to stage something similar with tennis. Contardi connected with Newcombe, a tennis great whose resume includes three Wimbledon singles titles. The two staged their first fantasy camp in 1988. Little did either know that the event would flourish. More than 75 percent of the men who attend the event are repeat customers, dozens of devoted players ranging from intermediate to nationally ranked age group players. Twenty years ago, a mixed event for men and women was added, and it’s been held every March ever since. 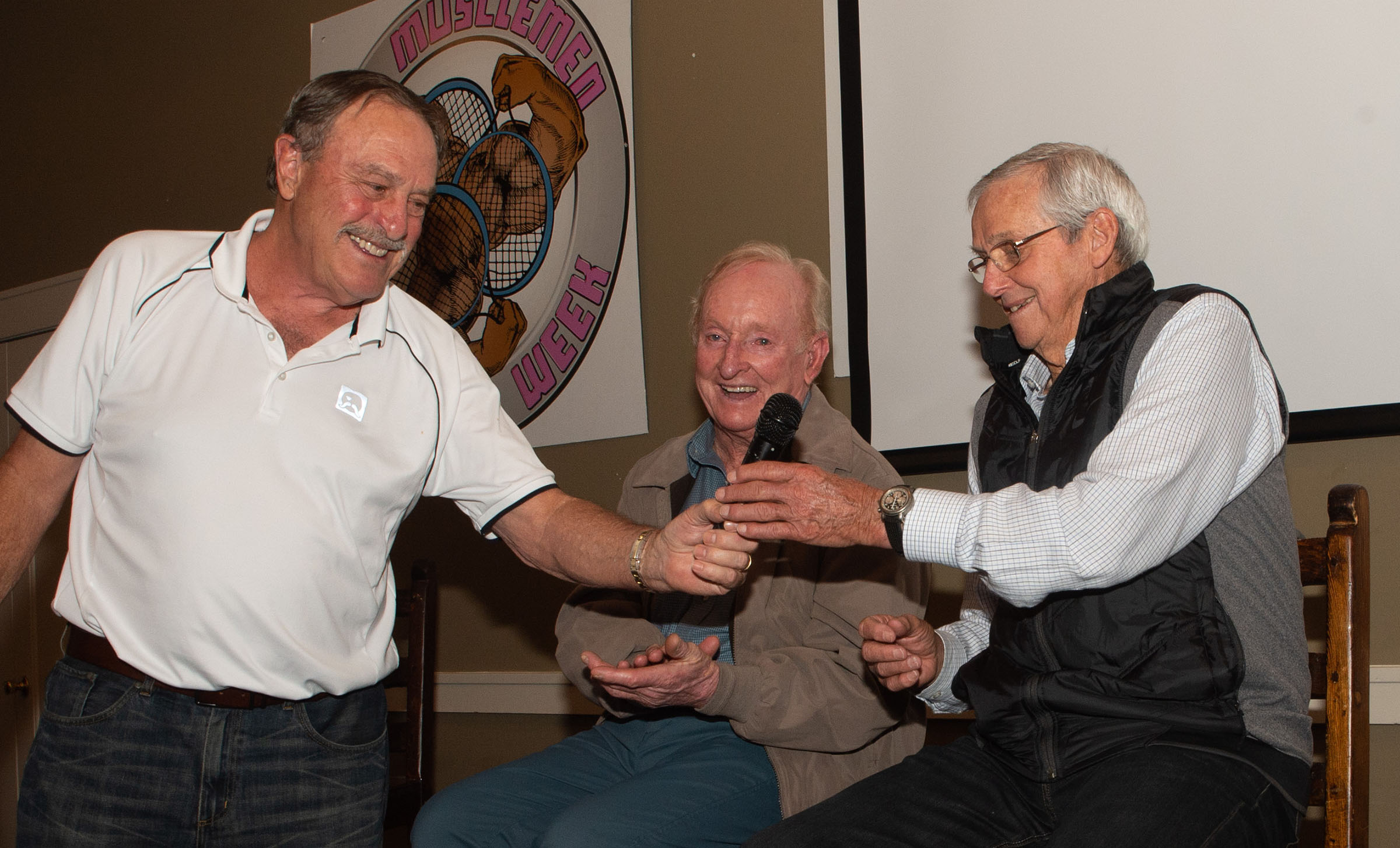 “It’s all about the tennis,” Jensen says. “You want to hit with a Wimbledon champ? He’ll grab a couple of balls and warm you up for your match. You want to talk about your forehand with a Hall of Famer? he’s right there. You want to hear a great Davis Cup story? Pull up a chair. You become part of a brotherhood.”

A typical camp hosts between 80 and 100 attendees. Campers are drafted on to one of four teams. Following a day of practice, the competition gets underway—three days of singles and doubles matches, all played in a team format. A typical Newcombe welcome on Day One: “You guys all think you’re pretty good back home at your club. But what happens when your mates are counting on you? And will you be there to cheer them on, too?” In addition to the competition, there are daily instructional clinics and fantasy matches—a doubles match when each camper is paired with a legend.

The 2020 edition of Tennis Fantasies takes place Oct. 18-23. (Slots are still open for this year’s event. Click here for more information or call Steve Contardi at 800-874-7788.) Amid the pandemic, it will feature a streamlined format. “Very good safety protocols are in place,” Contardi says. All meals and happy hours will be outside. Seven legends will be in attendance, with extensive emphasis on instruction and clinics, as well as, for the first time, a round-robin doubles tournament and twice as many fantasy matches as there have been in previous years.

“It’s amazing that this will be our 33rd year,” Contardi says. “Among legends and campers, we have created a wonderful community.”

Back to the match, the drama continues: The player being coached by Emerson has seen five match points go by, his opponent on many of them cracking bold winners in a manner that pleases the brilliant Laver.

Emerson’s man, however, wins another point, making the score 9-8—and giving him a sixth match point. “A first serve would really help here,” Emerson says.

Not only does the camper comply, he hits an ace. True to the understated spirit of the Australian legends, the camper simply walks up to the net, looks his opponent in the eye, shakes his hand, and says, “Thank you.” Emerson turns to the loser and says, “Bad luck.” To the winner, “Well done.”