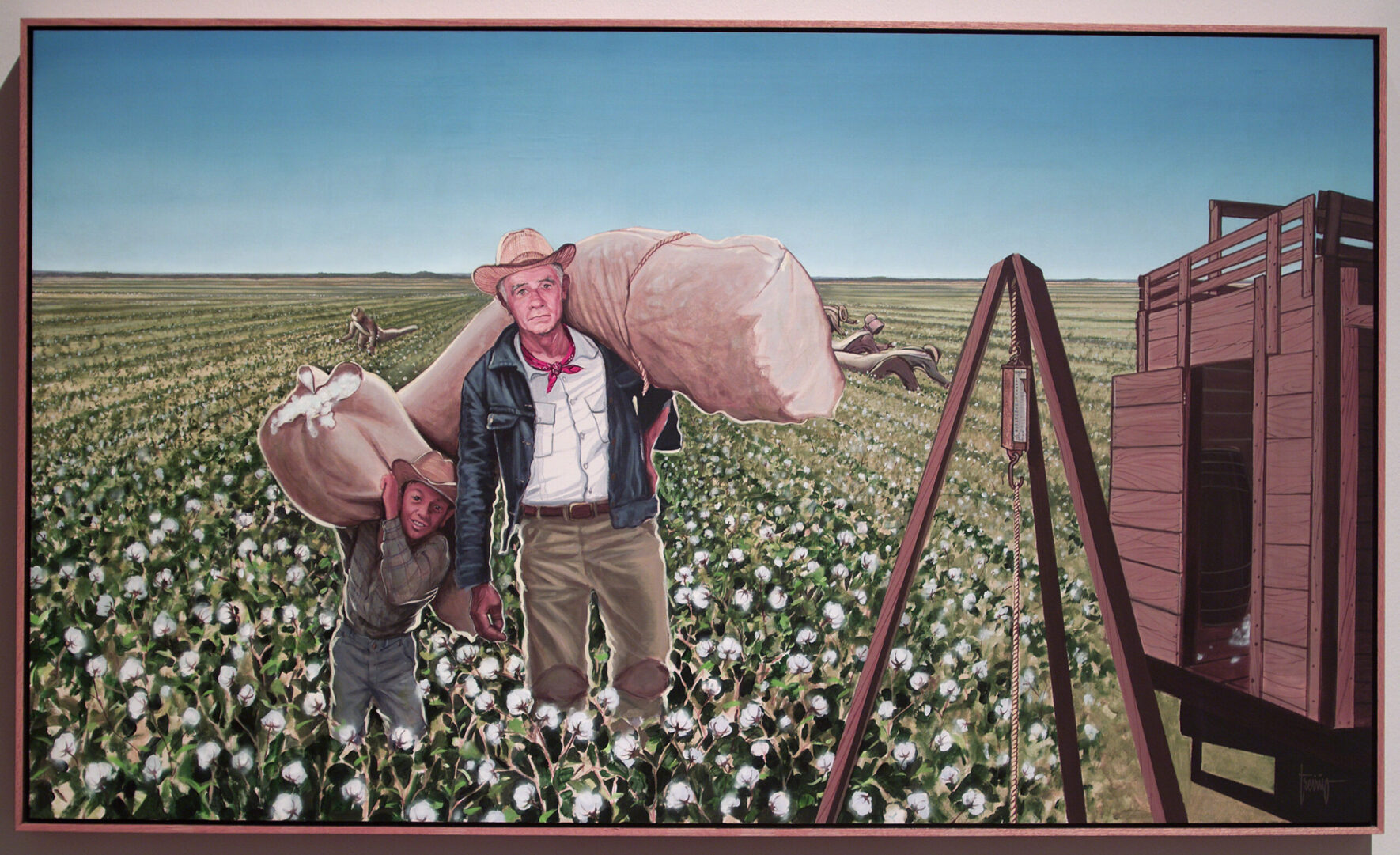 “Los Piscadores,” a painting by Jesse Treviño, is featured on the cover of the Juan Vasquez biography.

Judge Juan F. Vasquez has covered a lot of ground in his more than 25 years on the U.S. Tax Court. But most people who meet the San Antonio-based judge have no idea of the obstacles he overcame to be the first-ever Hispanic appointed to the federal court.

That’s partly why Vasquez’s wife, Terry Vasquez, came upon the idea of writing a biography of her husband. And fortunately for me, she asked me to assist on the project. The results of our work, From the Texas Cotton Fields to the United States Tax Court: The Life Journey of Juan F. Vasquez, was released this year.

Born in 1948 in San Antonio, Juan Vasquez grew up picking cotton during the summers down around Taft. They were humble beginnings, compounded by the death of his mother from tuberculosis before he was 10. I recently sat down with Vasquez to ask him a few more questions about his work on the court—which adjudicates disputes between taxpayers and the Internal Revenue Service—as well as his remarkable life story.

TH: The book’s cover is Jesse Treviño’s painting of you and your grandfather picking cotton near Taft when you were 10. Did you have friends from the neighborhood or school who spent summers picking cotton?

JV: When I was in the cotton camps, 1957-1963, there were always new families to meet every summer, but I never saw anyone I recognized from school there. I never figured out why. I think it was looked down upon by almost everyone as a way to make money. It was so hard. I think my family was in the last generation to pick cotton by hand. But that’s where I learned to work until the job was done and to work through the pain. That’s where I first heard my grandfather say, “Do your best and be the best, no matter what you do.”

TH: The U.S. Tax Court traditionally sends its judges to courtrooms located in about 74 different cities. But since the pandemic hit, you’ve been conducting trials by Zoom. Do you miss all that travel?

JV: I absolutely miss going to the cities. I’ve been to about 64 cities for the court. No two of them are alike. I’ve gotten to see so much of the country that way. I remember hearing, “Join the Navy and see the world,” when I was growing up. Now I say, ‘Join the U.S. Tax Court and see our beautiful country.”

TH: San Antonio’s Mi Tierra restaurant plays a role in the book because your portrait was added to its celebrated “American Dream” mural honoring individuals who have made important contributions to Hispanic and Latino cultures. Have you had a chance to return since the pandemic?

JV: Terry and I went recently, and they’re so happy to see their customers returning. Like I said in the book, it’s been an honor to serve my country and the state of Texas. Being a part of that mural is so special because it’s a hometown honor. Terry and I have celebrated many of life’s events there. It’s a special place to so many. The Cortez family [Mi Tierra’s owners] is to be commended for preserving so much of the culture of the Mercado district.

What is your perception of today’s San Antonio compared to the city of your childhood?

JV: I delivered telegrams for Western Union between 1958 and 1963 and I saw how segregated our neighborhoods were. Today, we still have those neighborhoods but people have the freedom to live in any part of town. But San Antonians have always been friendly, and always loved celebrations, whether it’s Fiesta or the rodeo. We’re proud of our Western culture and our Mexican culture.

In August, you’ll celebrate 51 years of marriage with your wife Terry. How does it feel looking back on that accomplishment?

JV: The way I see it, the book is my biography, but it’s also Terry’s autobiography. When we met, we really started a journey together. I’m proud of her nursing history. Her work, which she loves, provided financial stability when I was in school and starting out. Every major decision I’ve made has been with her by my side. She’s the perfect partner.

Terry and I love Texas. We have traveled many miles together, and we have returned to Texas a lot by driving in from Louisiana, Arkansas, Oklahoma, and New Mexico. As soon as we reach the Texas border, we feel right at home.