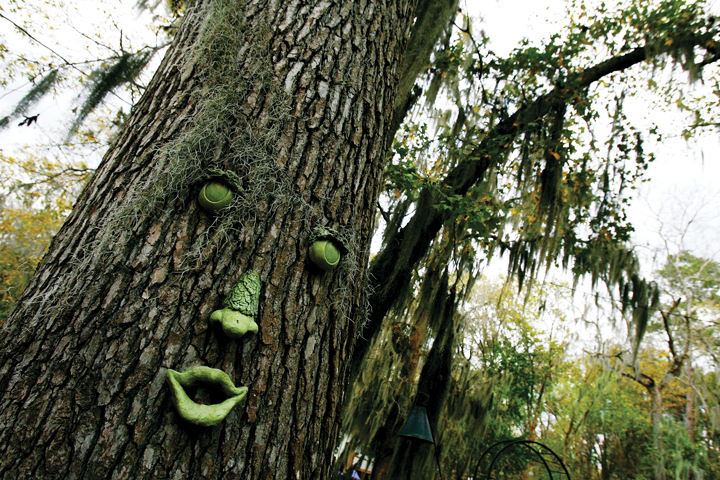 The green road sign near Caddo Lake in East Texas seems cryptic, almost comical. “Uncertain,” it says. Sunlight glistens off the reflective material on each white letter, and an arrow points to the left. I can’t resist the urge to investigate. So, I follow the sign and turn left down a two-lane road, driving for a few miles through mostly uninhabited lush green landscape. What is Uncertain, Texas, I wonder, and why is it named Uncertain?

As I approach the town, a gold mine of word-play combinations rushes through my head. The Uncertain Church, Uncertain City Limits, the Uncertain Police … possibilities seem endless. Surely this town’s leaders have capitalized on its name and have produced clever signage to sell to tourists and passersby.

Upon arriving in town, though, my entrepreneurial vision is shattered. It seems this town’s strange moniker is no big deal to those who live here. There are only a few
references making use of it. What is abundantly evident, however, is that Uncertain is a cool place.

According to one story, in the late 1800s, when nearby Jefferson was known as the second-largest port in Texas, the area was known as Uncertain Landing because steamboat captains had difficulty mooring their vessels along these shores due to swift currents and varying water levels. Another story claims the town’s name originated because the residents were uncertain about their citizenship before a boundary was established between the United
States and the Republic of Texas.

In the early 1900s, you could join a hunting, fishing, and boating society here known as the Uncertain Club. In 1961, the town incorporated in an effort to boost tourism. Uncertain even had an airport—Beer Smith’s Caddo Lake Airport, also known as the “Fly ‘n’ Fish.” It’s now inactive.

With a population of fewer than 200, you won’t be bumping into too many people. But the residents are quite friendly. The mood around town is relaxed, and things are mostly quiet, except for the occasional sound of a passing boat. Almost every lakeside property has a deck built for entertaining or relaxing, or both. Children can explore in what can only be described as the perfect playground for kids, with plenty of woods and waterways to comb with friends. The fishing (largemouth, sand, and yellow bass; catfish; bream; bluegill; red ear sunfish; chain pickerel) is great, and the sightseeing even better. Longtime Uncertain resident Billy Carter, who runs excursions with an outfit called Go-Devil Tours, is more than happy to take you on an aquatic tour of the cypress-lined bayous and sloughs that define this part of Caddo Lake. He even offers night tours for those who want to see an alligator or two, or who want to feel the spooky vibe of this amazing, primordial lake at night.

After spending the afternoon exploring the nooks and crannies of Caddo with Carter on his boat, and enjoying a catfish dinner that evening, I am finally certain of one thing. I need to spend more time in Uncertain.