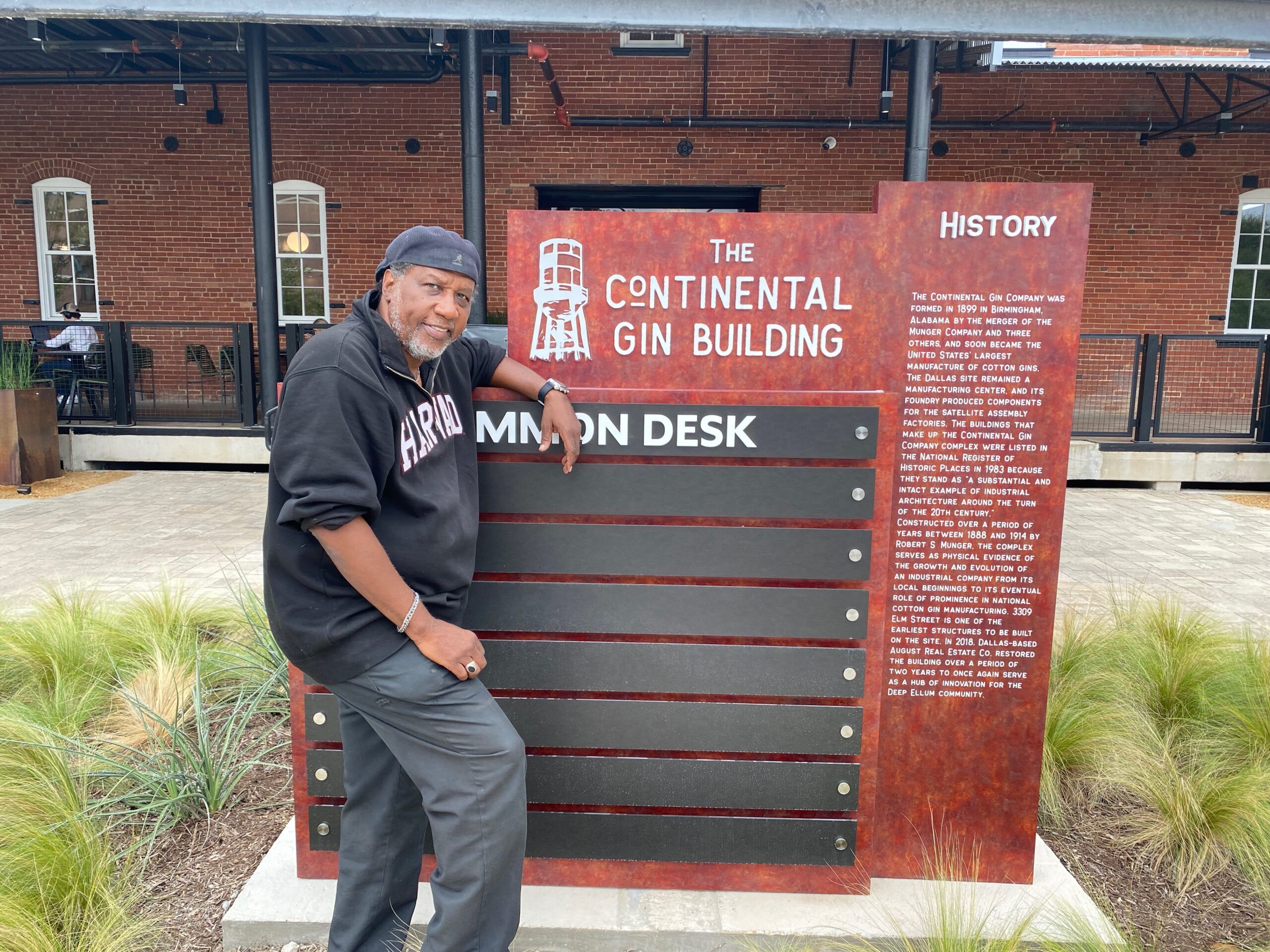 This Monday is African American Cotton Pickers Day. Dallas historian Clarence Glover launched the day in 2020 to honor African Americans who’ve never been credited for their labor with cotton. The day, always on the fourth Monday in October, falls at the height of the cotton-picking season in Texas.

If you spend time with Glover, a former professor of African American studies at SMU as well as an artist, minister, musician, and educational diversity consultant, you can expect to learn a lot about cotton, including its history in Africa and its role in the development of the United States economy. Glover has also studied the evolution of the cotton gin and the many uses of cotton. Did you know, for example, that 75% of each American dollar bill is made of cotton?

Glover proudly grew up picking cotton. He can take a boll of freshly picked cotton and spin it into a white thread that he then ties into a bracelet while singing a soulful baritone version of Heddy Ledbetter’s 1940s blues song, “Cotton Fields.”  Glover designated for the theme “Cotton Pickin’ Proud,” for the day, which he says a lot about how Glover feels about cotton. Not everyone agrees, however, that picking cotton is something to celebrate. That’s OK with Glover. His goal is to get the cotton conversation going so we can better understand our collective history around cotton and how race relations in the U.S. have been shaped by this fluffy white plant.

TH: Why did you begin African American Cotton Picker’s Day?

CG: The goal is to first recognize African American cotton pickers who are living today, who still have memory, both of their experience and the experiences of their parents and grandparents in the development of the cotton industry in America. That’s very critical. Because you’re talking about two, maybe three generations that may still be alive. We must have some of this oral, primary source information. I’m committed to remembering and sharing the history of African American cotton pickers, whose labor during slavery and Jim Crow ushered in the American Industrial Revolution, for which neither they nor their descendants have ever been financially compensated for.

CG: Making it very simple, it’s a day to wear cotton—black representing the people who picked it and white to represent the cotton. Over time, I hope to see it talked about in schools on that day. That’s why I chose to have the day on a Monday. Some Dallas schools have already sent information out to social studies teachers to discuss it. It’s also a day to eat Hoppin’ John, a dish of smoked turkey, peas, and rice; It’s pot cooking, with its origins going back to West Africa. It’s a quick food that can feed a lot of people.

TH: Why do you still pick cotton?

CG: Because it’s a part of my life. I grew up on the plantation, and from the first day, I can remember I was in the cotton field. I planted cotton with my great-grandfather, Wash Bradford Sr. He was a descendant of Africans who had been enslaved. And so, we worked. He’s the man that raised me and taught me all I know about cotton. His name is Mr. Bradford. I say that because young whites would call him Wash, and he was old enough to be their grandfather. We owned our land after slavery. And his grandfather had one of the first cotton gins in Dixie.

TH: Is there a way for people to learn more about cotton by visiting cotton fields?

CG: Cotton fields are all privately owned, commercial places. But there are some places, smaller museums like the American Cotton Museum in Greenville and the Burton Cotton Gin Museum down in Burton. There’re also festivals. The Keren Cotton Festival, which I’ve participated in. But these are for whites, who see cotton with a far more nostalgic view. There’s not the pain that goes along with it.

TH: Could you elaborate?

CG: There are six processes for cotton. There’s the planting of cotton, then there’s the chopping, picking, ginning, bailing, and finally the selling, the market. That’s six, right? African Americans participated in five of these stages, but not the sixth—where the money was. Did you know that one bale of cotton will produce 313,600 $100 bills? Paper money is not paper, there’s no paper in it. Every dollar bill is made from 75% cotton and 25% linen. That’s why when you put it in the washing machine, it comes out intact. Cotton is money. Money is cotton. Literally.

TH: What do you think we can gain now from honoring and learning more about cotton?

CG: With climate change, there’s a new need to understand and respect the gifts of nature. This puts us in touch with the most important fiber of the human family—cotton. First, there’s no other fiber or fabric that unites us like cotton. Cotton is a fabric of the world. It replaced wool in England because it was a far more comfortable product. Two, it gets us in contact with history, particularly in America, and how the economics, politics, and religion all centered around one product. And how that product, white gold it was called, drove white men to do some very inhumane things. And then all human beings–whether white, Black, Asian, whatever—are impacted by men who pursue something without understanding its impact on humanity. It creates an imbalance in society.

TH: How can African American Cotton Pickers Day and knowing about cotton help correct this imbalance?

CG: Well, particularly as an African American, we first must struggle with the healing process, being victims of the pain. We have to get in touch with that pain. We, as African Americans, must know the story. We must embrace it. We must acknowledge it and show it to our children and grandchildren. That’s the work we must do. Just as my European Jewish brothers do. Just as the Native Americans do. We have work to do. Once we do that work, it will speak for itself. I think there’s a lot of release of energy and pain that needs to take place. All people can listen to our elder generation who picked cotton; invite someone into our schools, churches, places of work, and let them talk about that journey. And what this does is open up a door. And then other cultures begin to see the reality of a real human being whose life was impacted by this very soft, white product.