Ahoy! Here’s Your Chance to Learn to Sail a 19th-Century Tall Ship in Galveston 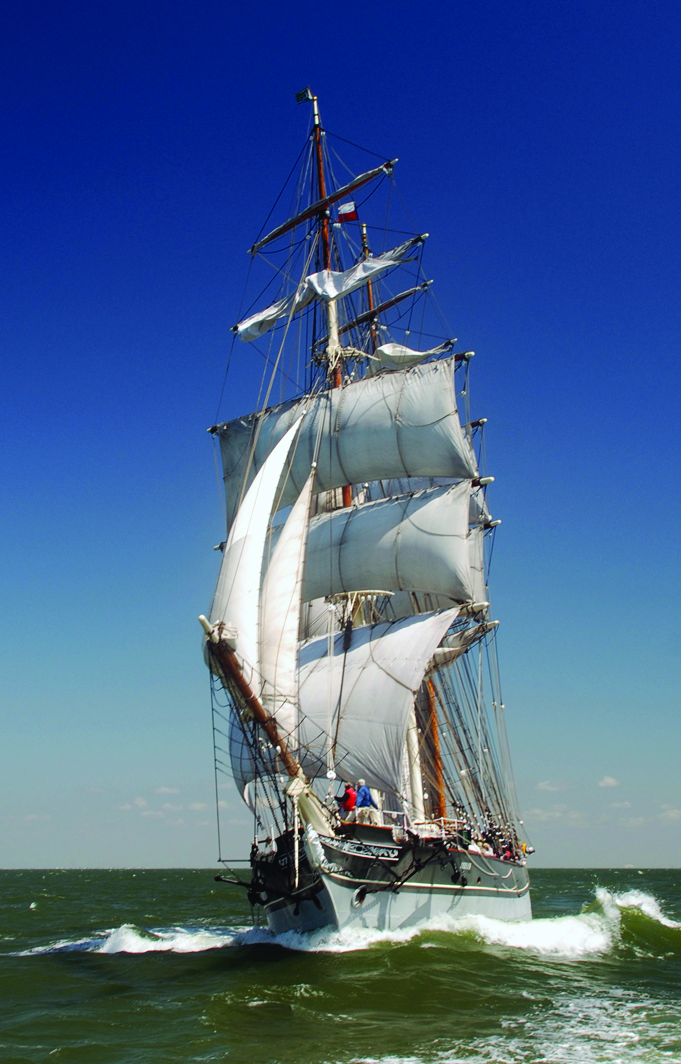 The ELISSA at sea in the Gulf of Mexico. Courtesy Mark Scibinico

If you’ve always imagined yourself hoisting sails or inching your way up the mast of an old-time sailing ship, your opportunity has arrived.

An informational session for potential participants is scheduled for 1-5 p.m. Saturday, July 31.

“Climbing and working the rigging is a definitive part of this training program,” says Mark Scibinico, port captain and director of the Galveston Historic Seaport. “We teach traditional seamanship from knot-tying to how the ship operates, sail-dousing and emergency drills—skills to sail and operate a ship.”

Students must attend 20 all-day sessions that include sailing instruction and required maintenance hours scheduled for Saturdays between Aug. 14 and next April. Those who finish the program will serve as crew during short sailing trips in the Gulf of Mexico next spring.

“There are other sailing programs on modern vessels that are much faster,” Scibinico says. “Ours is pretty in-depth and rigorous, with lots of time spent in the heat, but it’s for a greater reward.”

The ELISSA first launched in 1877. In its day, it called at small ports in Caribbean and the Gulf of Mexico.

The Galveston Historical Foundation bought her from a scrapyard in Greece and began repairs to convert her to a floating museum in 1978. Restoration was finished in 1982.

The National Park Service has designated the iron-hulled ship a National Historic Landmark, and the Texas Legislature declared her the “official tall ship of Texas” in 2005. ELISSA is one of only three fully restored, pre-20thcentury ships in the world that still sails.

“This is one of most unique sail training platforms in the world,” Scibinico says. “There really is no experience like being under way on a traditional vessel, much less one of the age and vintage of ELISSA.”
The sailing program is accredited by the U.S. Coast Guard. Historically, about 70 or 80 people per year complete the course, going on to help sail and maintain the ship, which is open to the public. (The museum is currently closed for renovations, but the ship is open daily for tours.)

No skills are required; the program is designed for ages 18 and older, but youth ages 16 and 17 are permitted if a parent or guardian participates with them. Past graduates of the program ranged in age from 16 to 86, with roughly even numbers of male and female participants.

Scibinico says the class offers a rare opportunity for those who commit to it.

“If you put the time and effort in, you’ll get the results out,” Scibinico says. “I’ve been joking for 20 years now that we’ve been teaching uneducated farm hands to sail ships since the 1600s, so if you have bare minimum of high school diploma, we can teach you, too. We have had everyone from janitors to rocket scientists.”