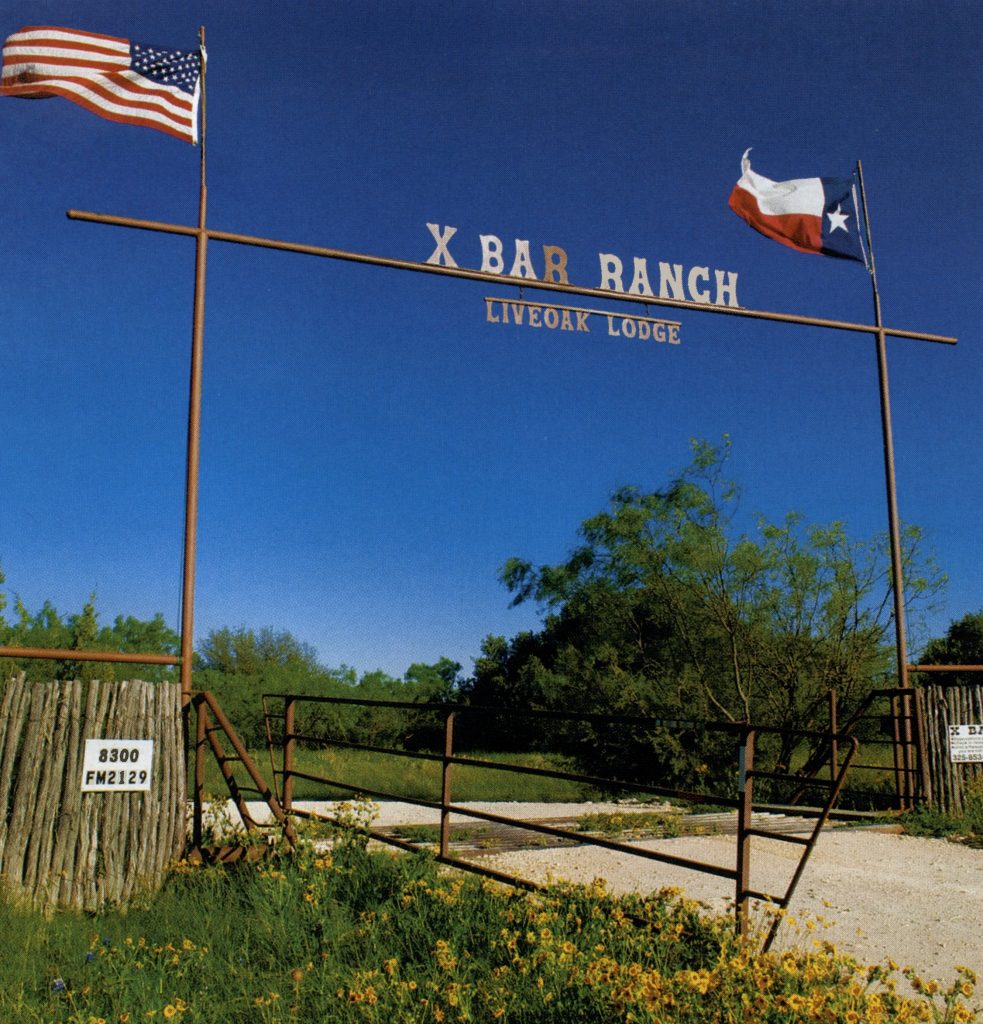 When I learned that millions of migrating monarch butterflies move through West Texas each October, I had to see for myself. I’ve always found these fragile, vividly colored insects intriguing, and the fact that they fly south en masse from locales throughout the United States and Canada to overwinter in the mountains of Central Mexico amazes me.

I chose for my base the X Bar Ranch Nature Retreat, 20 miles southwest of Eldorado, which lies along the western edge of the monarchs’ central flyway, a 300-mile-wide swath that centers on a line from Wichita Falls to Eagle Pass. Though the butterflies’ schedule is unpredictable, I’d heard that mid-month was usually a good time to see them coming through this area. By chance, the days I picked fell during the week of the annual Eldorado Star Party, which brings amateur astronomers together for a week of serious skywatching. Ordinarily the ranch would have been fully booked, but due
to a last-minute cancellation, my husband, Walt, and I were able to obtain a cabin, a real stroke of luck for us.

Situated in the rolling hills of southwest Texas, the nature retreat comprises about a third of a 7,100-acre working ranch owned and managed by three generations of the Meador family. C.L. Meador established the original ranch in 1903. Today, Ed Meador, his son Lynn, and his grandson Chris manage the traditional livestock side of the ranch. Another grandson, Stan, manages the tourism operation, which includes the Live Oak Lodge, cabins, campsites, the elegant “Round House,” 16 miles of hiking and mountain-bike trails, a blue gem of a swimming pool, and a panoramic view of Texas’ big-sky country. It has become a hotspot for mountain bikers, nature lovers, hunters, and astronomers fleeing urban light pollution. The X Bar’s night skies are not only big, they’re dark—a rarity in our modern world.

We arrived in late afternoon on a Wednesday that had morphed from wet and chilly to sunny and hot. Stan Meador greeted us warmly amidst the distractions of helping people set up their telescopes and other equipment in a large field. After two rain-swept days, the clearing weather promised fine viewing that night. Although the star party itself is a private event (with one free public night), Stan welcomed us, as ranch guests, to join in the fun.

I, of course, was more interested in butterflies. Had he seen any? “I saw quite a few yesterday, but I haven’t noticed any today,” he replied. That wasn’t good news, but I’d go with the flow.

We settled into a cozy, Mexico-themed cabin near the Live Oak Lodge some 200 yards from the star-viewing area. The lodge, which is available to all guests, offers full-service cooking facilities, a large-screen TV, a conference space with wi-fi, and plenty of comfortable porch chairs. Caterers were busy setting up a country-style barbecue, and at Stan’s urging, we joined the star-party folks in the chow line. Astronomers, we quickly learned, are a friendly, helpful bunch, eager to share their passion for the skies with others. We jumped at an invitation to learn more at the star party afterwards.

We approached the viewing field as night closed in, warm and clear and very black. The canopy of stars blazed overhead, and on the field, dozens of telescopes of all sizes loomed dimly in a reddish glow—only red illumination is permitted during “darkout” to avoid light pollution. Gingerly, we picked our way among 170 skywatchers, stopping often at an invitation to peer through someone’s eyepiece. We admired Jupiter’s cloud-banded surface and Cassiopeia’s nebulae, and learned sky lore from new friends whose faces we couldn’t see. (For example, Jupiter has 63 moons; its four largest-Io, Europa, Callisto, and Ganymede-were discovered by Galileo in 1610.)

After Walt turned in, long past midnight, I relaxed in a lounge chair on the lodge deck for another hour, taking in the grand vista of the Milky Way. Soft red lights nearby marked the presence of a lone star partier who had mounted binoculars on a tripod. Her simple setup reminded me that one needn’t have elaborate gear to enjoy the heavenly spectacle-eyes and a sense of wonder suffice. What fun it would be to watch a meteor shower here!

Next morning we rose early, eager to pursue Project Butterfly. After breakfast, we hit the nature trails, watchful for the live oak stands that roosting monarchs favor. Walking a three-mile loop and enjoying the desert landscape, we flushed a bevy of quail, which rose startled before us. We watched in amazement as a blue scrub jay joined a hawk on a tree limb and chased the much larger raptor away. Doves called, and a gentle breeze murmured. But no butterflies. We returned to the lodge, discouraged, near noon.

What next? I called a friend in Sonora, known as a stopover spot for migrating monarchs. Had she observed any? Yes, she replied. Indeed, thousands were said to be roosting in the fruitless mulberry trees at a local ranch. Within the hour, we were in Sonora, on our way to the ranch. We drove through the gate, past an employee on a riding lawnmower, and up to the house. The owner welcomed us and led us to a lofty shade tree. We looked up; a few dozen butterflies circled lazily. “I don’t know where they all went,” he said with a puzzled look. “They were here earlier. Maybe the mower scared them off.”

My heart sank at this latest letdown. But back at the X Bar, a treat awaited. Stan’s father, Lynn, offered us a guided tour of the property, to its farthest reaches where the elusive monarchs sometimes roost. “They say when hummingbirds migrate, they follow these washes;’ he explained. “I thought maybe down here at the bottom, we might come across something.”

We found no butterflies as we explored the wash area, but a large turkey feather on the ground captured his attention. “There’ll be a lot more turkeys here by next week,” he said, with the satisfaction of a man who knows every inch of his land. Driving through acres of cedar, mesquite, and prickly pear dotted with stock tanks and old windmills, he regaled us with accounts of a life dedicated to the balancing act of taming the land while preserving it. He referred to the constant struggles with erosion and encroaching brush, as well as the importance of good management. We felt privileged to view the rugged terrain through the longtime rancher’s eyes.

We returned to the lodge in time for another star-party meal, a Mexican buffet. Then, we went down to the viewing area. This time, we made a methodical circuit of the entire field, admiring the ingenuity of the astronomers. Small, gear packed trailers doubled as workshop bedrooms for folks hauling equipment long distances. Telescopes ranged in size from small, beginner models to massive, professional-caliber instruments. Computer screens glowed.

It was not to be. Around midnight, a cold front blew in, bringing condensation moisture along with chilly temperatures. People began to cover their lenses and shut down. I thought of the monarchs shivering on their branches and hoped they were well into Mexico by now.

We departed the next morning. As we drove off, I pondered the vicissitudes of life. Instead of finding the butterflies I came for, I’d rediscovered the excitement of astronomy, forgotten since childhood. The trade seemed fair enough. Butterflies may be fickle, but the stars are always there.