Communities Come Together to Preserve Penatuhkah Comanche History in Texas

Landowners, ranchers, and historians are helping to preserve historic sites for the Penatuhkah Comanche Trail Partnership 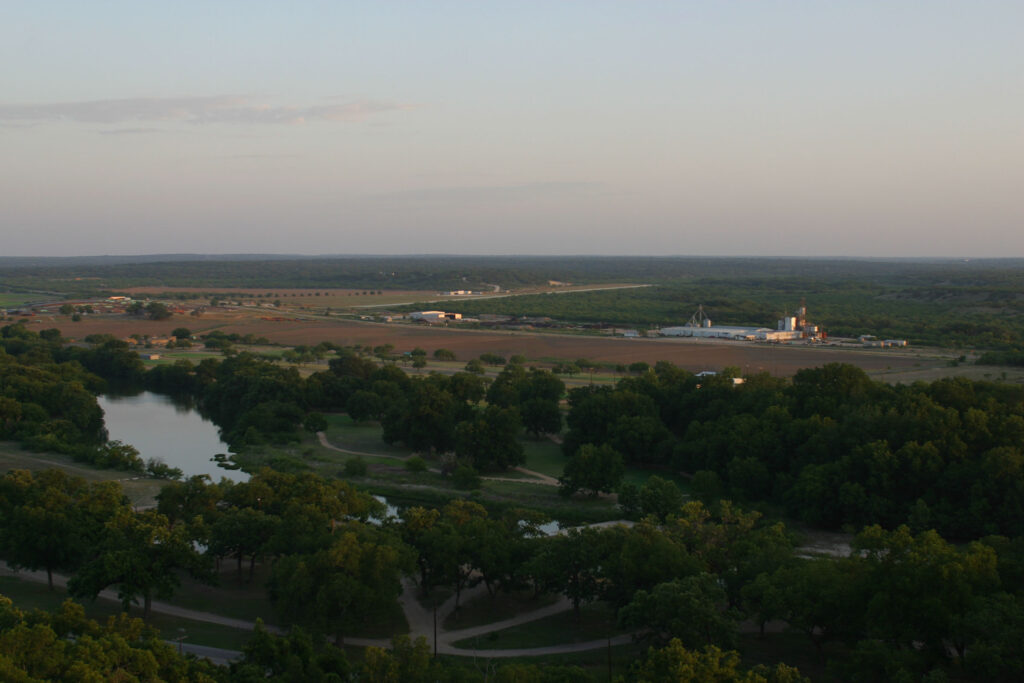 Comanches lived as far south as Menard. The town is one of the Texas communities involved in the Penatuhkah Comanche Trail Partnership. Photo by Michael A. Murphy.

The Penatuhkah Comanches have not inhabited the heart of Texas in more than 170 years, but evidence of their empire is sprinkled throughout the middle of the state. Archaeological marvels including smoke signal sites, medicine mounds, tepee rings, and pictographs are hidden away like secrets in tiny, aptly named towns such as Comanche, Santa Anna, and Paint Rock. Now an effort is underway to locate these historic places for future generations.

Several chambers of commerce and visitors centers, landowners, historical nonprofits, historians, and the Comanche Nation of Oklahoma have come together to form the Penatuhkah Comanche Trail Partnership. Their goal is to preserve and protect the Comanche sites so the areas that this band once claimed can finally be recognized and celebrated.

The Penatuhkah originated as a branch of the Northern Shoshone Tribe from the Great Basin in the western part of the United States. In the late 17th century, the Comanches acquired horses, at one time owning upwards of 10,000. The animal helped shape the tribe’s archetype as they evolved into a powerful group of mounted horsemen who migrated south in bands, incentivized by the warmer climate, an abundance of buffalo and mustangs, and trade opportunities.

Once they dominated their new homeland, they become known as the Comanche, loosely translated to mean “anyone who wants to fight me all the time.” Despite the antagonistic name, the Comanches called themselves Nermernuh, or “the People.” The Penatuhkah were one of a plethora of Comanche bands and were mostly wiped out by the cholera epidemic in 1849, says retired educator and San Saba resident Montie Guthrie.

“We are creating a vision statement that includes all stakeholders,” Pelon says. “Then we will decide on projects, and the National Park Service will bring in their expertise. Once you have the plan in place, the Parks Service is like a magician with a hat and a rabbit.”

According to Guthrie, the Modawells took the first steps in getting the project off the ground, “making contact, literally driving to chambers of commerce all over this area and saying, ‘Would you like to do a little economic development?’”

That is, not only will locating and preserving Comanche campsites provide an opportunity to educate people about Texas’ Indigenous people and celebrate their culture, it could also bring in tourism dollars and benefit landowners who offer guided tours.

“We hope to provide markets for Comanche artisans, jewelry makers, and bead workers,” Guthrie says. “November is Native American Month. You could put a lot of festivals on the ground if that’s what that particular community [involved in the trails project] wants to do.”

Reviving the Penatuhkah history “enriches everyone’s lives,” she says. “The ranchers get to learn about the history of their land. It’s [also promoting] international diplomacy because the Comanche Nation is a sovereign nation within our culture.”

Discovering the historic sites can come from any source. For instance, Tex Wright was Pelon’s first contact in Santa Anna when she was researching the Comanche there in the 1990s. An oilman tasked with cleaning out oil pumps after heavy rains, Wright found washed-up Comanche artifacts, Pelon says. “He had a lot of knowledge of not only where things are, but where they used to be.”

Word of mouth also plays a role in pinpointing the Penatuhkah’s presence, says Lori Dodd, executive director of the Texas Midwest Community Network, a regional alliance for economic development that is also involved in the trails project. Locals like Guthrie and the Modawells are passionate about Penatuhkah history, “and there are generally a few experts in the area [who] remember their grandfather and so on talking to them [about it],” Dodd says.

Landowners have also come forward. The Comanche Nation began visiting sites in question beginning in the 1990s to verify whether they were inhabited by the Penatuhkah. To honor the landowners who protect those historic spots, the Comanche held sacred ceremonies declaring them “land keepers.”

With so many landowners involved, “there’s not one site; there are a lot of places” where the Penatuhkah lived, Guthrie says. “The people of Texas don’t know about the [peace] treaty signed between the Comanche [led by Chief Santa Anna] and Germans in Fredericksburg in 1847, and we know exactly where that happened. You can stand where the people stood negotiating that treaty. Each community has a part of the story it can tell. It’s not one story, it’s many stories.”

Dodd says it’s critical those stories don’t die. “If we want these stories to make it to the next several generations, we have to start now. I’m a born and bred Texan, so I think anything that keeps Texas history alive and colorful is important.”