FDR once fished for tarpon in a boat built by Farley Boat Works, where a legacy of wooden craftsmanship lives on today 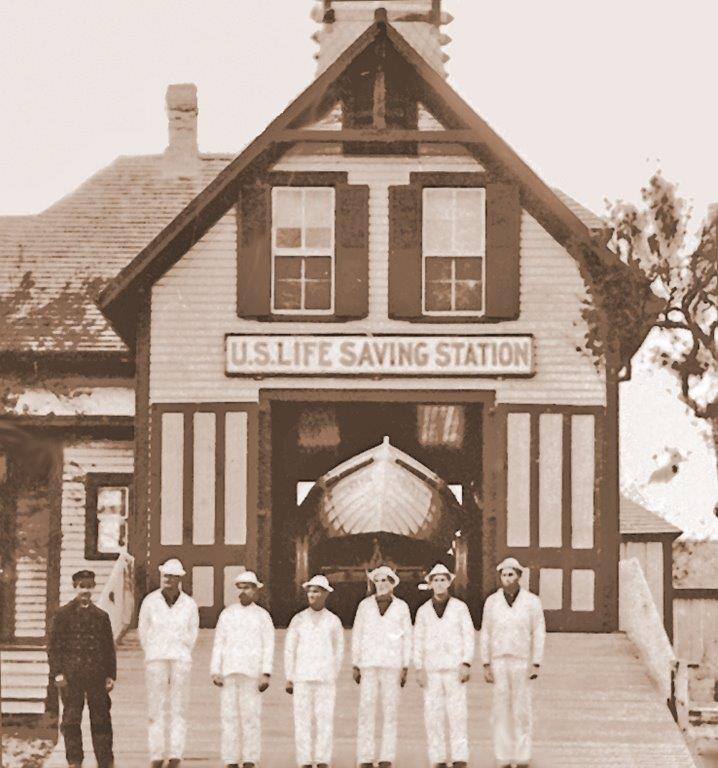 The new museum “was originally conceived by Rick Pratt right after the re-opening of Farley Boat Works in 2011,” says Dan Pecore, Farley’s manager. Pratt, who retired as director of the Port Aransas Museum in 2018, led efforts to restore the boat works to complement the city museum as a “living exhibit” to teach traditional boat building and offer a shop and tools for amateur builders. 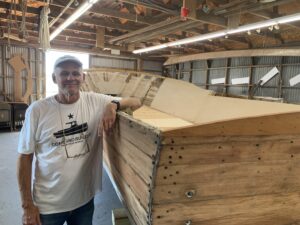 Small groups have been welcomed to the crowded sheds on an ad hoc basis to observe builders at work, learning from Pecore and volunteers about the craft. That visitor experience should change dramatically by early summer 2022 when the new $1 million-plus museum is scheduled to open with a more curated presentation of Port Aransas’ maritime history.

Entrepreneur Fred Farley founded the original boat works in 1914 to accommodate demand for suitable vessels for tarpon fishing. The family operation would eventually offer wooden speedboats and other watercraft before closing in 1973 when fiberglass and other synthetic materials replaced wood in boat construction.

Two important remnants of Farley’s operations will be moved to the new museum for display—the Tina, a restored 1947 tarpon boat, and the Starfish, a larger boat from the 1960s now undergoing major restoration. Visitors will be able to view Starfish’s rebuilding from a platform inside the museum. The Tina, now housed in an unairconditioned shed, is similar to the Farley craft used by President Franklin Roosevelt in his famous 1937 fishing expedition to Port Aransas. Fred Farley’s brother Barney was one of FDR’s fishing guides.

For now, the battered 28-foot hull of the Starfish is inside the Boat Work’s main shed after passing through several owners in a half-century. “The Farley boats did indeed get bigger as tarpon fishing began to wane in the ’50s and the boats began to go farther offshore to chase different fish,” Pecore says. 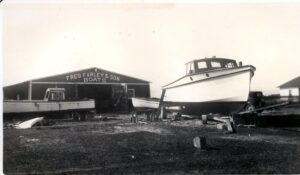 Besides the Starfish and Tina, the new museum’s exhibits will include historical photographs and scores of donated artifacts, including brass ship compasses and a collection of outboard motors dating from the early 1900s. The design of the new museum’s exterior is drawn from photographs of the U.S. Lifesaving Station in Port Aransas from the 1920s, a precursor of the U.S. Coast Guard. The station housed a rescue boat and trailer that was rolled to shore and launched when needed.

The Port Aransas Preservation and Historical Association broke ground May 7 on the maritime museum, thanks to a FEMA grant from Hurricane Harvey that jump-started the project. Supporters donned gold-painted hard hats and then retired to the Tarpon Inn for a fundraising gala to help finance Phase 1, the pouring of a foundation and completion of the structure’s exterior. Phase 2, finishing the interior, will commence this fall, with donor response and volunteer labor being part of the equation. FEMA funds were available because two older storage structures on the property were destroyed by the 2017 storm.

In addition to working on the new museum plans, Pecore is gradually reviving Farley operations that were halted by the COVID-19 pandemic. “We were shut down to all builders and visitors for a while,” he says, noting the mask mandates have been relaxed so boatbuilding classes can resume. 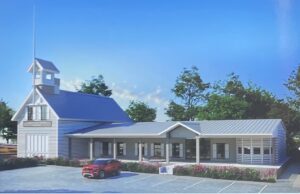 A rendering of what the new Port Aransas Maritime Museum will look like. Courtesy of Port Aransas Preservation and Historical Association

The allure of boatbuilding drew Pecore, who holds a petroleum engineering degree, to full-time employment at the Farley museum. “I worked in a variety of fields before it occurred to me to combine love of sailing and woodworking into a vocation,” he says.

His first major project at Farley, the outdoor construction of a Gulf Coast scow schooner, is yet another Farley pandemic-affected initiative that has been restarted. The Lydia Ann will be a replica of cargo schooners of the late 1800s that transferred goods between ocean vessels and shore.  Museum supporters intend for it to be moored at Port Aransas’ marina.