For Female Country Singers From Texas, There’s Something in the Water 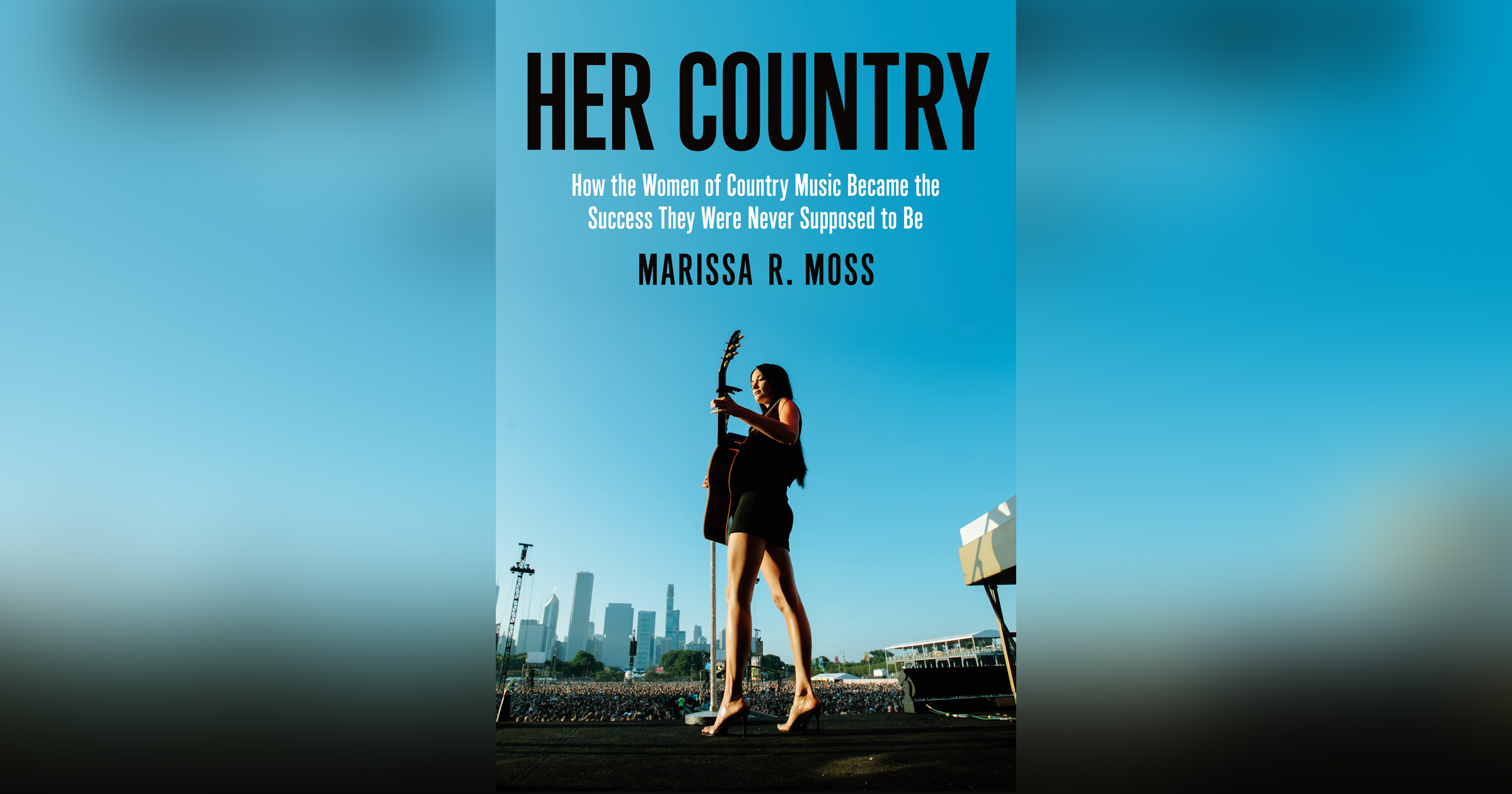 When Miranda Lambert won the Country Music Association’s “Entertainer of the Year” for 2022, it was the first time the honor has gone to a woman in over a decade—and only the ninth time ever. Country radio plays women about 10% of the time. And we all know what happened to the Dixie Chicks turned Chicks. In the much-anticipated, much-needed Her Country: How the Women of Country Music Became the Success They Were Never Supposed to Be, veteran Nashville journalist Marissa R. Moss explores how the country music industry has played out a small-scale version of America’s larger culture wars. The book uses the career trajectories of Texas musicians Maren Morris, Mickey Guyton, and Kacey Musgraves to tell the story of how women artists have fought back against decades of male-dominated mainstream country music. Recently Texas Highways spoke with Moss about how the Texas music scene is both a boon and an impediment for women musicians, about country music’s problematic obsession with “authenticity,” and much more.

TH: Though you explore the influence and trajectories of a number of musicians—including fellow Texans LeAnn Rimes and Miranda Lambert—there are three Texans who form the cornerstone of Her Country: Maren Morris, Mickey Guyton, and Kacey Musgraves. Why did you choose these particular artists?

MM: There are so many ways one could tell this story, and women you could center it on, from Kelsea Ballerini to Loretta Lynn to Lucinda Williams. But it was important to me for this story to pick three women who wanted, at least at some point in their careers, to engage with mainstream country radio. Because that system is my antagonist. I wanted the women to have a similar geographic thread—Texas, in this case. And these three paint very different pictures of success on their own terms, and different obstacles. I also love all of their music and have lived with it over the past decade that they have been in Nashville. I also think Texas is widely misunderstood and stereotyped in both music and politics, and I wanted that corrective to be part of my narrative.

TH: What do you think makes Texas such a breeding ground for talent?

MM: In the book, Maren said there was something in the water in Texas, and I believe that. I spent summers as a kid and early teen in Texas when my dad lived there outside of Austin, and I guess that’s where my enchantment started. I tend to romanticize places a bit, but Texas lived up to that. It is so rich musically in a way I had not experienced before. I grew up in New York, where there is of course musical lineage, but this is a deep-in-the-soil kind of thing that clearly starts from birth. That coupled with a fierce reverence for independence makes for a beautiful combination for trailblazing, artistic genius. Texans are complex and multidimensional, and don’t feel the need to be one thing or another, be it musically or politically or anything. And these artists live that through music. I love and admire it to the core.

TH: Some pretty big country and Americana acts—Robert Earl Keen, Hayes Carll, etc.—have found critical and commercial success while staying in Texas. However, I thought it was interesting the women you follow for this book only made it big when they left the state. For example, Kacey Musgraves first moved to Austin to try to make it but didn’t become successful until she went to Nashville. Is there a reason female acts are so often born here but have a harder time breaking through the noise?

MM: While this doesn’t apply to everyone, the women I reported on in this book talked a lot about how the Texas scene can be quite limiting for female artists. You have to be either one thing or another, and your only shot at headlining might be as part of a “girl’s night” at the bar. We don’t always let women be multidimensional beings, particularly performers in this case. And I think that is important to talk about, especially when you are taking a look at one of the best music scenes anywhere. Can it live up to its greatness if it doesn’t allow in everyone?

TH: You also explore how women country artists have more frequently—than their male counterparts—found real musical and cultural crossover appeal. Why do you think this is, and do you think it affects how the industry deals with female artists, particularly in terms of country’s elusive desire for “authenticity”?

MM: Women in country music have such a narrow definition of how they can be “authentic,” and that definition is always shifting. Either you are Tammy Wynette, or you are Gretchen Wilson, or you are Carrie Underwood or Miranda Lambert. It’s not fair to women, and it’s not fair to Carrie or Miranda either because they are even checked against old versions of themselves. Maren Morris wrote a wonderful opinion piece a while back [for Lenny] where she talked about how much she loved country music and how at the same time it can be so limiting to women: “… you either have to sing about being scorned by a lover or sing about thinking a boy is cute and wanting him to notice you.” Add to this the fact that country radio barely plays women at all—around 10%—but then when female country musicians play in pop waters, they are scolded. It’s really unforgiving. Beyond that, we almost always use “authenticity” as code for whiteness. So, how can Mickey Guyton be “authentic”? Despite the fact that she is from Texas and grew up with Dolly Parton on dirt roads. Tradition is real. I love the tradition of country music. “Authenticity” is, as Richard A. Peterson once wrote, fabricated, and often insidious in application. 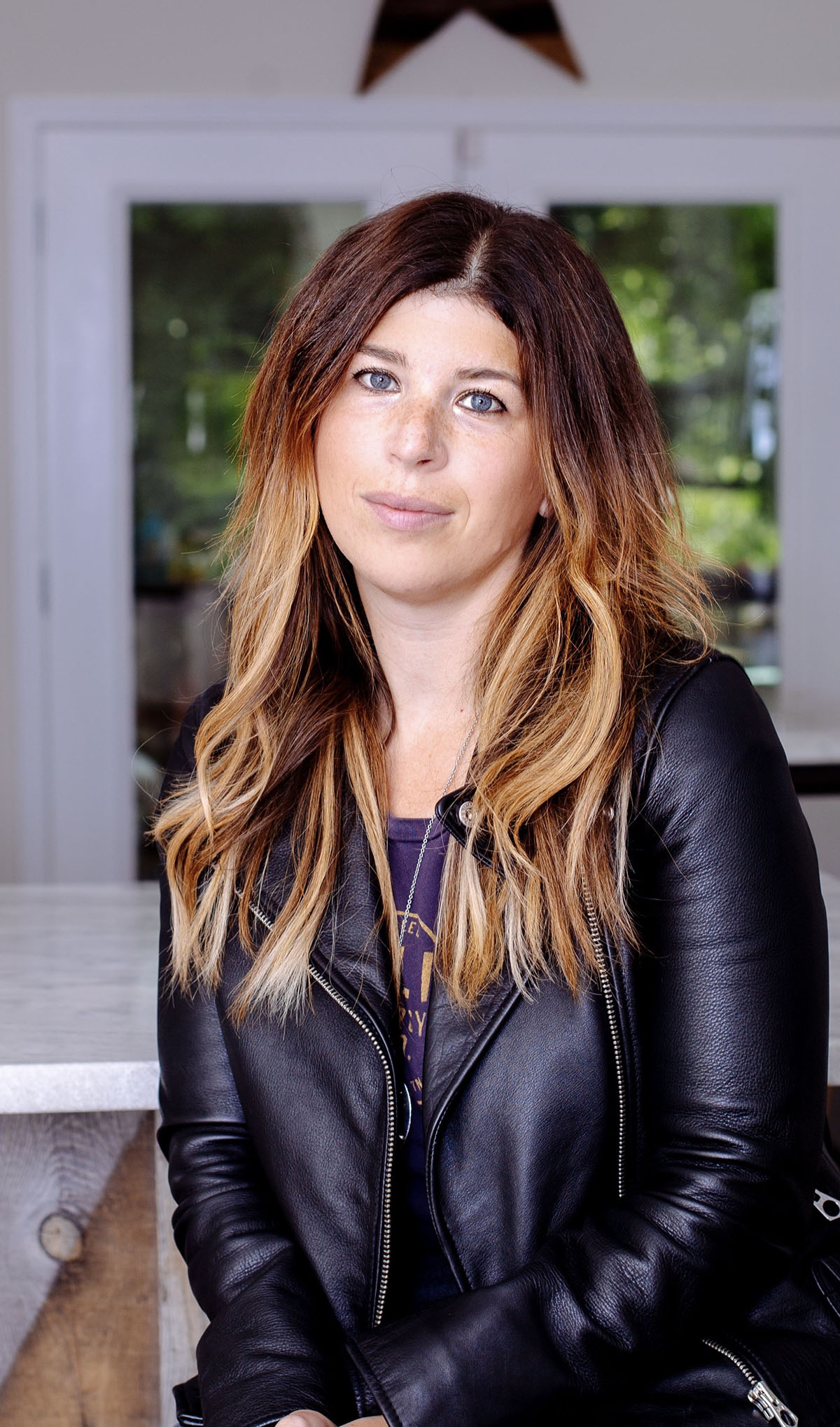 Marissa R. Moss is a Nashville-based music journalist who has written for Rolling Stone, Billboard, and others. Photo by Catherine Powell, Courtesy Henry Holt and Co.

TH: There was some controversy recently when the Grammys screening committee pulled Kacey Musgraves’ album from the country category and moved it over to pop. How did you react to that?

MM: I think there is no one out there like Kacey Musgraves, and I don’t think Kacey Musgraves writes music from thinking about where it goes. Why would any great artist do that? But there are male artists we let be country with absolutely zero question when their music clearly sounds more pop than Kacey’s. And the Grammys have been really good to country’s women in the past. So, I imagine this really goes down to who was in the room deciding these things, from a gatekeeping perspective. Everyone should be able to play with genre and their art as freely as they want—both men and women.

TH: I was certainly familiar with the rise and fall and comeback of the Chicks. However, I learned from your book how significant—and chilling—an effect their story had on country music as a whole. Do you believe this newer crop of musicians has changed that atmosphere? Is it still possible to get “Chicked” in today’s country?

MM: Oh, it is absolutely possible. The Chicks are still getting Chicked! I think Maren Morris, out of anyone, is really in a change-making position here and taking such a brave and influential role with her fame and power. She is played on country radio, but she speaks her mind and puts her words into practice. That matters so much. Maren just being Maren will hopefully create the space and opportunities for more Marens. We need that.

TH: You also make the argument that country’s “gender wars” were often used as a cover for the industry’s deep-seated racism. Can you explain that a little?

MM: You can’t have an honest and valuable conversation about feminism without talking about white feminism because more often than not it’s the version of feminism we’ve represented: a feminism that is about space, but for white women only. In country music as in much of life, when white women are oppressed, they become the oppressors, opening up the door for themselves and maybe one or two other women who look like them only. I think for a very long time talking about the “gender problem” provided such good cover for the genre’s racist past and present, and when there was some progress when it came to gender, it was almost always for white women. It’s uncomfortable to talk about for a lot of folks because people will yell at you for “not being appreciative of some progress,” and I have had my own learning curve here too, I am not ashamed to say. But it’s vitally important to center Black women and Latinx women and queer women in this conversation.

TH: Which new musicians are you listening to right now?