Food Network Star Eddie Jackson is Beefing up His Résumé 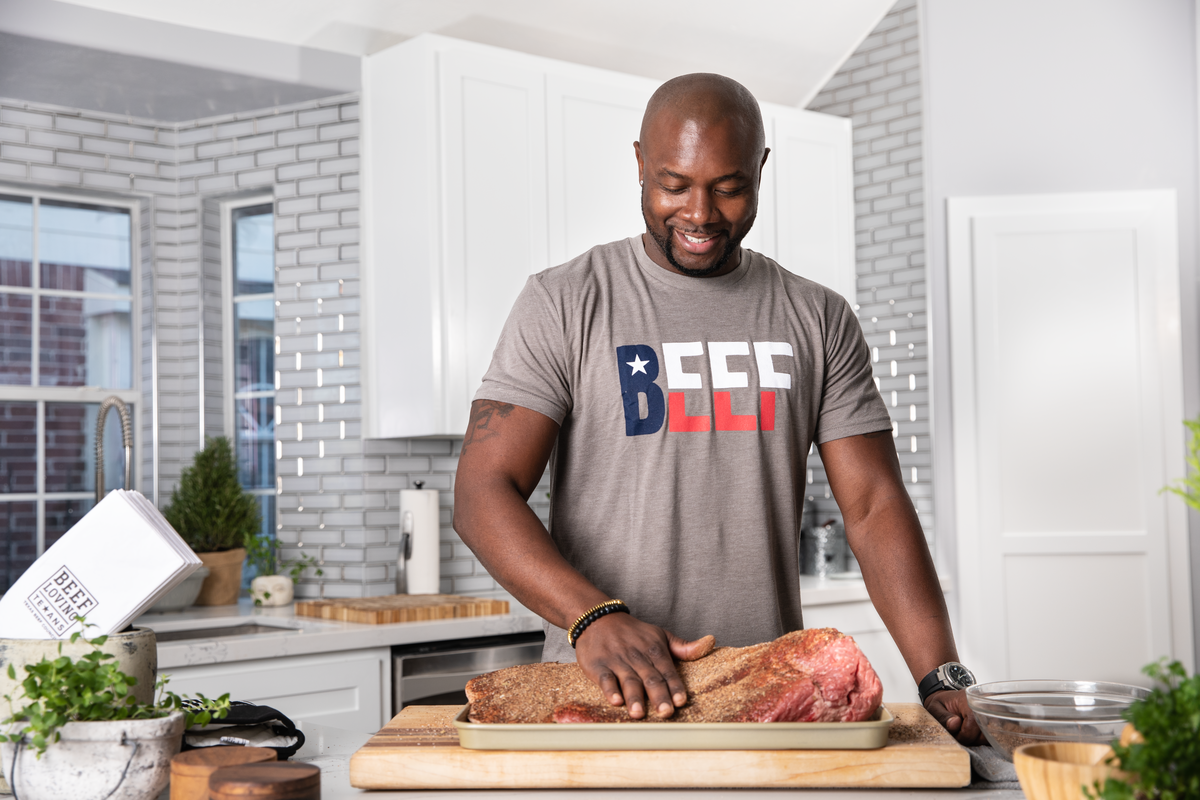 Chef Eddie Jackson, the Richardson native who had a career as an NFL cornerback before finding a second act as a Food Network TV host, knows exactly when his prime rib roast is ready.

The beautifully marbled chunk of beef, prepared in one of his custom-made vertical smokers, comes out when Jackson feels it has achieved smoked-meat perfection. “It’s all about the temperature and you can look at the crust.” he says. “You can tell by the color on it, you can tell by the way it moves.” When the holiday roast is on the cutting board, Jackson slices a cut so perfect it would make many Texans swoon. He says it’s an accessible recipe for lots of people in the state. “I feel like everyone in Texas has some sort of smoker in their backyard. It’s the ultimate cut of meat to signify the holidays.” (Sorry, turkey.)

The prime rib roast recipe is part of a new gig for the chef, who also operates multiple food trucks and Rosehill Beer Garden near his 3-acre home in Cypress. Jackson was recently named Chief Recipe Officer for Beef Loving Texans, a marketing arm of the Texas Beef Council. As part of his duties, he’ll promote ways to cook beef that go beyond staples like brisket and sirloin steaks. “It’s so much more you can do with beef,” he says on a Zoom call from his home, “that’s where I come into play. By doing virtual events and through social media, I can show people just how diverse and creative you can be with beef.”

The chef’s ascent in the food world was not a fluke. After playing for the Carolina Panthers, Miami Dolphins, New England Patriots, and Washington from 2004 to 2008, he knew he wanted his post-retirement life to focus on his other passions of food and cooking.

Both of his grandmothers were chefs, and since he was a child, he was brought up preparing meals. “One of the first memories that I have was cooking brisket on my apartment patio with my father,” he says. “We grew our own cattle on my grandfather’s farm. When they say ‘farm to table,’ that’s literally how I grew up. From my earliest memories, food was at the forefront.”

After seeing a promo on Food Network, Eddie applied to be a contestant on reality competition show Food Network Star. In 2015, on the show’s 11th season judged by Giada De Laurentiis and Bobby Flay, he won the competition. He was “nervous as all get-out,” but once the cameras rolled, his competitive spirit emerged.

Last year, he published a cookbook called Game-Day Eats after 18 months of refining and perfecting family recipes. As tailgating has diminished this year, he says the book has become more relevant to families who are staying home, but still want to enjoy the experience. “People still want to have fun and watch sports, but we have to entertain at home,” he says. “The book is perfect for that.”

Since Food Network Star, Eddie has hosted or co-hosted 20 shows on Food Network and has new projects in the works for the channel in 2021. He’ll juggle that along with raising a 2-year-old, running his Cypress businesses, and traveling to cities such as Nashville and New Orleans for his TV appearances. He’s busy, whether he’s braising meat or making online videos, but he’s determined to continue spreading his love of cooking to others.

“I’m always trying to do more and reinvent myself,” he explains. “Once I get the bug, I just can’t stop.” 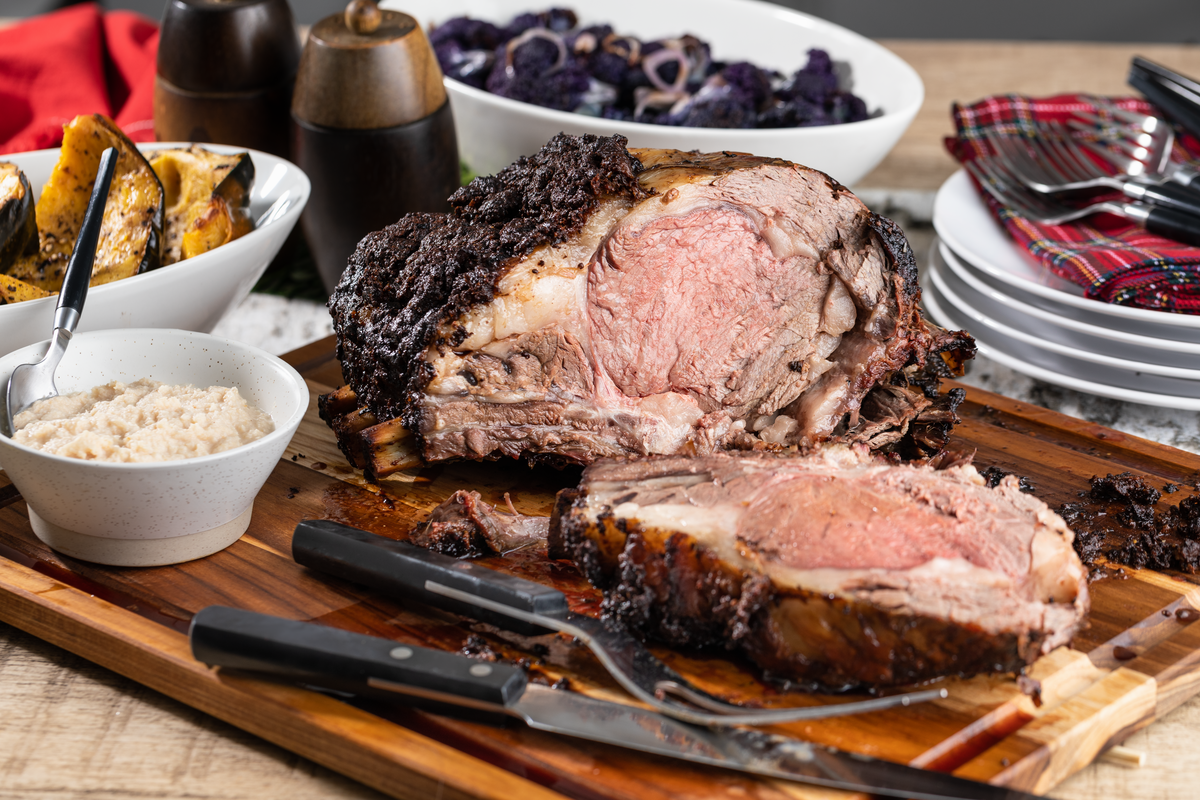 Mix butter, mustard, horseradish, thyme, rosemary, garlic, Worcestershire sauce, and smoked paprika until a paste is formed. Using your hands, spread paste onto all sides of roast. Season roast liberally with salt and pepper on all sides. Place in the refrigerator for at least 4 hours.

Prepare smoker to 225 F according to manufacturer’s instructions. Place roast in preheated smoker and cook until internal temp reaches 125 F for medium rare and 130 F for medium. Once the roast’s internal temperature reaches desired doneness, remove from smoker, tent roast with foil and allow to rest for 20 minutes.

Before serving, place under 500 F broiler on your oven’s lowest rack 5-10 minutes or until the fat cap is crisp, but not burnt. Rest an additional 5 minutes. Note: The internal temperature will continue to rise during this process. USDA recommends a final internal temperature of 145 F. Slice prime rib between rib bones and serve.

Chef’s Tip: Account for 35 minutes cooking time on the smoker per pound of prime rib. Do not open the smoker while cooking, as it is more difficult to maintain consistent heat.