About 15 peach farms still operate in the Fredericksburg area, which is known for its sweet fruit. The proliferation of wineries has inflated land prices while also drawing more tourist customers. 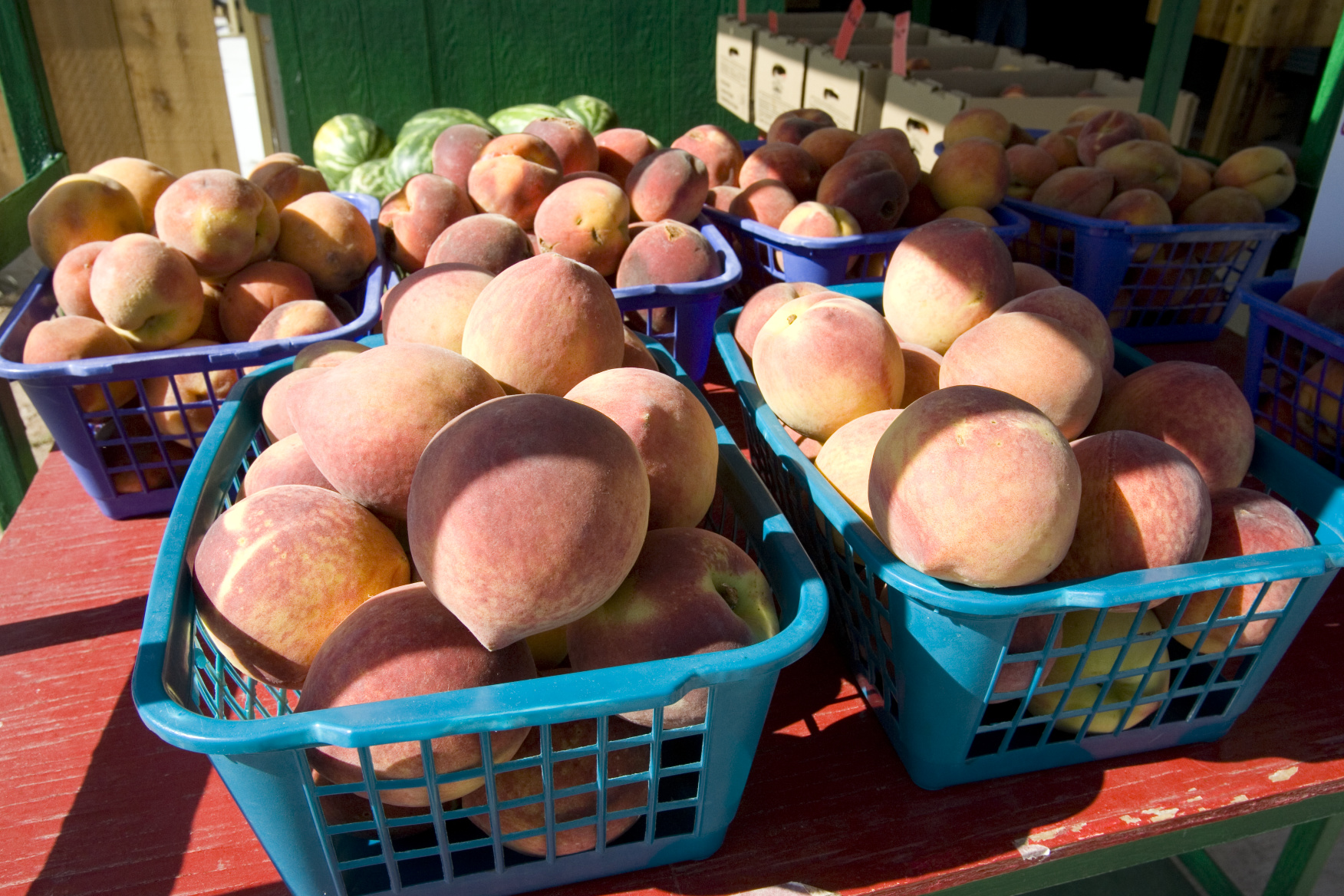 Long before Fredericksburg became the wine capital of Texas, people knew the Hill Country town with German roots for its peaches.

And while the number of peach growers has dwindled over the last few decades, Fredericksburg still draws plenty of visitors who stop at roadside fruit stands to buy peaches for snacking or making into pies, cobblers, and ice cream.

The Fredericksburg peach industry peaked between the late 1950s and the late 1970s, growers say. Since then, overall acreage has fallen as some families leave the business and the high cost of land prevents others from getting into it. While the proliferation of wineries has priced out the expansion of peaches in some cases, growers say they also benefit from the tourists that visit the area to visit wineries.

About 15 large growers remain active, according to Jamey Vogel, whose parents opened their first peach orchard on the outskirts of Fredericksburg in 1953, and started a roadside stand in 1972.

“The retail roadside sales are the strong majority of our market now, and there’s not as much of a commercial wholesale market,” says Vogel, who was 29 when he took over the business from his parents in 1998. “People want to buy them directly from the grower.”

Today, Vogel Orchards devotes about 70 acres to peach production, and in a good year will sell about 9,000 bushels of fruit. It also sells peach ice cream and cobbler.

“It’s impossible to pay for land at value and make a living producing peaches,” Vogel says.

He says Fredericksburg peaches are the best in the country, partly because growing conditions are ideal—not too wet, so the sugar content stays high in the fruit—and soil conditions are perfect.

“They used to say the Pedernales Valley grows the best peaches because of sandy soils and cool Gulf breezes,” says Mark Wieser, 80, of Fischer & Wieser, which operates a specialty food store downtown and Das Peach Haus fruit stand on US 87 just south of the city. “Obviously I’m biased, but I’ve had peaches off the tree in various states and found very little that had any comparison to the taste we have here.”

Gillespie County was known for cotton production in the 1920s, but prices collapsed after World War II. The way Wieser tells it, his father, an immigrant from Germany who didn’t know much about farming, stood up at a local meeting at the time and said, “Maybe you should plant something else, like fruit trees.”

Weiser followed his own suggestion, buying a farm and putting in 400 peach trees. Soon, the family was selling peaches at a roadside stand. At the orchard’s peak in the 1970s, it grew 10,000 peach trees. Today the business is best known for its jams, jellies, and sauces, including a famous raspberry chipotle blend, but some customers still come for the peaches. And last year, Fischer & Wieser planted nearly 1,000 new peach trees to replace aging ones in its orchard.

“I’m afraid it’s a dying industry,” Wieser says of the peach growing business. “I don’t think we’ll ever market peaches statewide again, because you just make so much more money with wine.”

But the peach industry in Fredericksburg has benefitted from the wine industry, too, points out Lindsey Jenschke, 36, of Jenschke Orchards, which has been growing peaches since 1961. (Before that, they grew peanuts.) Today the orchard grows 30 different varieties of peaches and is one of the only orchards where customers can pick their own peaches.

“For the younger generation, they come here for the wine, but they’re intrigued—it’s what’s all this fuss about the peaches?” she says. “Once they try them, they’re hooked. There’s just something about a Fredericksburg peach.”

As for this year’s crop, farmers predict a good one. February’s winter storm benefitted the peach crop, providing enough chill hours to set buds, something that didn’t happen last year.

“We were headed for same thing this year, until that winter storm. It was just in time, and not late enough to do any damage,” Vogel says. “We actually have a fantastic setting this year, one of the best crops in recent years.”

The cold snap did delay the crop by a few weeks, though. Stands that typically open in mid-May likely won’t start selling peaches until late May. The season peaks in July and runs through late August.