Greetings From (Just Off) I-35

A trio of roadside attractions well worth the journey 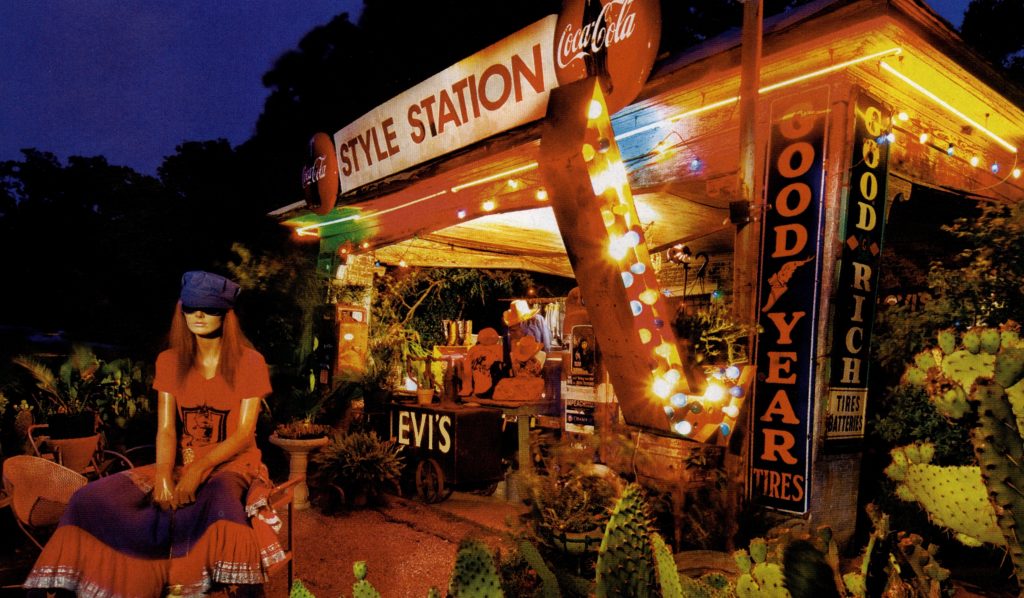 I spend a lot of time driving on Interstate 35, especially between Austin and Dallas/Fort Worth. Normally, my main goal is to cover the 230-plus-mile stretch as fast as I legally can. Recently, though, I vowed to savor the journey as part of the experience, and to slow down and explore the places I’d previously whizzed past.

Shortly after leaving Austin, such intention rewarded me with a delicious meal in Georgetown, at the popular Monument Cafe. Open since 1995, the cafe moved to its current location, a few blocks north of the town square, in 2008. Inside, framed black-and-white photographs of world-famous monuments, such as the Pyramids at Giza and Mission San Jose in San Antonio, decorate the walls. With retro-style chairs and shiny Art Deco lighting fixtures, Monument Cafe evokes nostalgia for roadside diners of the 1930s and ’40s.

I sat at the counter and received a welcoming smile from my waitress, and quickly learned that the cafe offers the kind of small-town hospitality that makes new patrons regulars. The complimentary, made-from-scratch biscuits deepened my appreciation for flavorful comfort food. The menu lists sandwiches, salads, and burgers, along with classic versions of chicken-fried steak with cream gravy, cornmeal-crusted fried catfish, and pan-fried pork chops. Both my portabella-mushroom sandwich and the crisp sweet-potato fries that accompanied it tasted exceptionally fresh. For dessert, I polished off a slice of dark-chocolate icebox pie topped with whipped cream, plus a cup of aromatic coffee—these alone proved worthy of my stop.

Properly fueled, I returned to the road. Just north of Waco, a big yellow sign featuring the likenesses of three dogs enticed me to stop at the Antiquibles Antique Mall & Dog Museum.

Within a massive warehouse of antiques, the Dog Museum claims to be “the world’s largest public exhibition of dog items.” Admission is free. Owner and curator Barbara Hays told me the museum features more than 7,000 pieces and continues to grow.

“People are always bringing items for us to include,” says Hays. She and her husband, David, have collected dog-related memorabilia since 1967. “These days,” she says, “we look for things that are extremely unusual or very rare, something that we haven’t seen before!”

That’s a tall task considering the museum’s multitude of canine collectibles, such as an 18th-Century Flintlock rifle with a dog-head stock and a mechanical, 19th-Century bulldog replica. Display cases are packed with Meissen porcelain and colorful hand-blown glass figurines; print advertisements featuring the dogs from Buster Brown Shoes and Greyhound Bus Lines cover the walls; and there are oodles of poodles (and any other kind of dog you can think of) in nearly every form imaginable. I particularly enjoyed sifting through the black-and-white photographs, which date to the late 1800s, of people with their beloved canine companions.

If there is an omission in the calleetion, it’s a print from the iconic and now kitschy series of paintings known as “Dogs Playing Poker” by Cassius Coolidge. Hays laughs and says she’d be interested in finding an original for the museum, “if the price were right.”

Back on the road, it wasn’t long before a weathered building and rusted pickup truck on the southbound side of the interstate caught my eye. I’d always assumed the mannequin seated in the back of the truck was somebody’s idea of a gag. But this time, I took exit 349 on Wiggins Road to investigate. It turns out, the dummy is meant to call attention to the Style Station, a vintage clothing store housed in a 1928 building four miles south of West.

Owners Art and Rebecca De Vitalis have altered little of the original structure, but they’ve packed the inside with racks of vintage wear for men and women, shelves of cowboy boots, costume jewelry and other accessories, and original clothing designed by Rebecca, a former college fashion professor from Toronto. This colorful assemblage reflects decades of dedicated collecting.

Art, a retired musician from Austin and one of Style Station’s main attractions, needs little encouragement for conversation. He told me that ”We’ve been here since 1988, and concentrate almost exclusively on clothing. Shopping here is like going on a treasure hunt” Many eccentric, entertaining anecdotes followed, including a rundown of celebrity clientele—from a Swiss model to an Italian count, and most recently, Oscar-winning singer/songwriter Ryan Bingham, who purchased a pair of cowboy boots. Customers joyfully add Style Station’s varied inventory of Western pearl-snap shirts, vintage dresses, and Levi’s jeans to their individual wardrobes.

After promising to return, I found myself back on I-35 and just a little closer to my final destination. At this rate, I realized I could be driving all day. But considering the surprises I’d already discovered, I decided to keep my eyes open for what the next exit could offer.