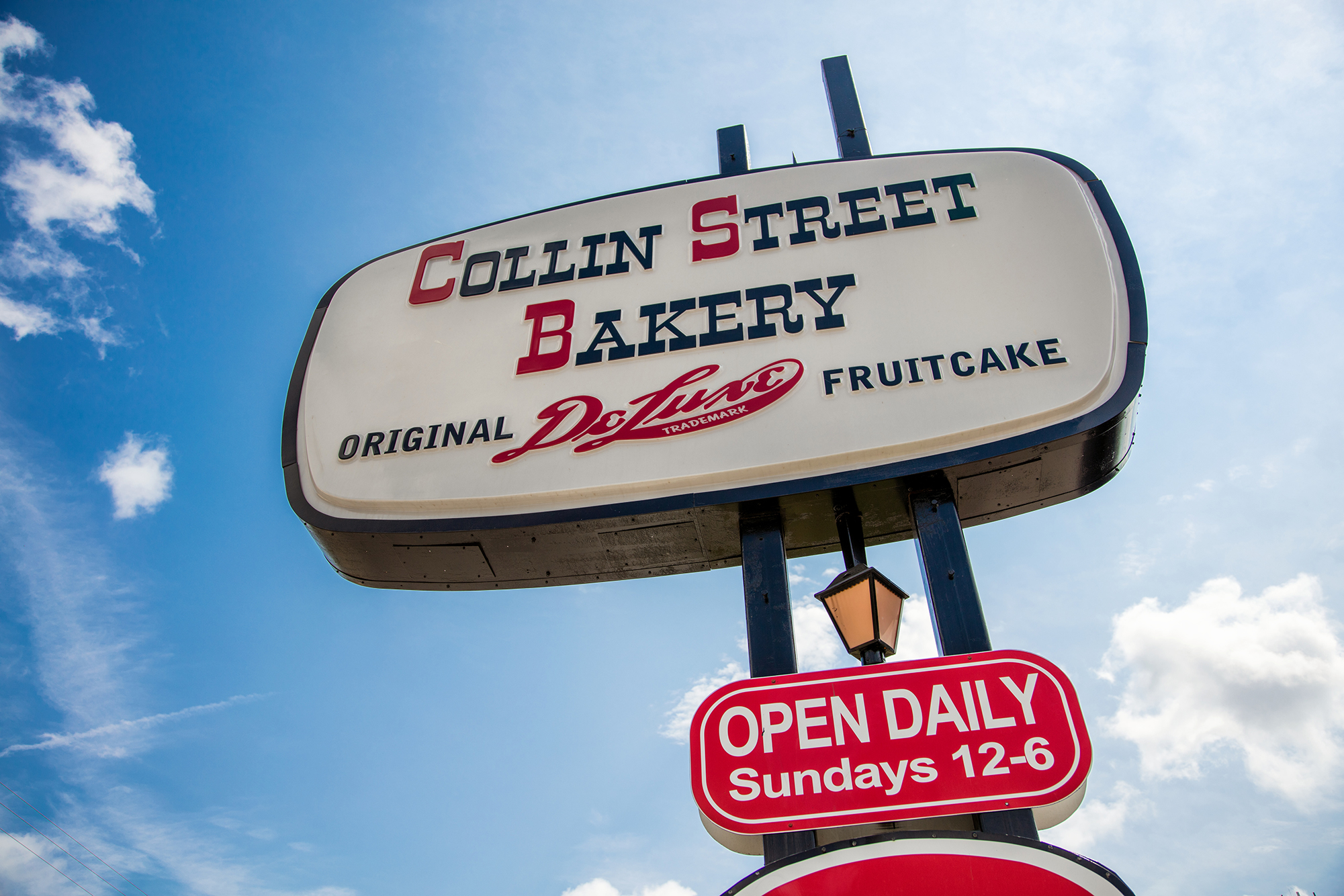 Collin Street Bakery is the subject of an upcoming film starring Will Ferrell and Julianne Moore, but filming is postponed due to COVID-19. Photo by Brandon Jakobeit

The highways of Texas are dotted with roadside pit stops that generations of Texans have used as waypoints on their excursions throughout the state.

But with a decrease in travel due to the COVID-19 pandemic, venerable favorites like Collin Street Bakery and Czech Stop have had to adapt to fit the needs of a changing world. Here’s how the two have fared during the pandemic.

Founded more than 120 years ago, Collin Street Bakery has seen its way through many crises, and the business hopes to continue delivering fruitcake to hungry customers for at least another century. The bakery has four locations: on I-45 outside Corsicana; on I-35 in Waco; on I-20 outside Tyler; and the flagship location in downtown Corsicana.

“We saw sales plummet in all four of our brick-and-mortar stores within a couple of days of the pandemic being announced,” Crawford says. “We had all these employees and no sales.”

The bakery had to furlough employees from every store except the headquarters for three weeks, until the federal Paycheck Protection Program allowed it to bring all of the employees back. Eventually, their customers returned as well, and Collin Street implemented curbside pickup. 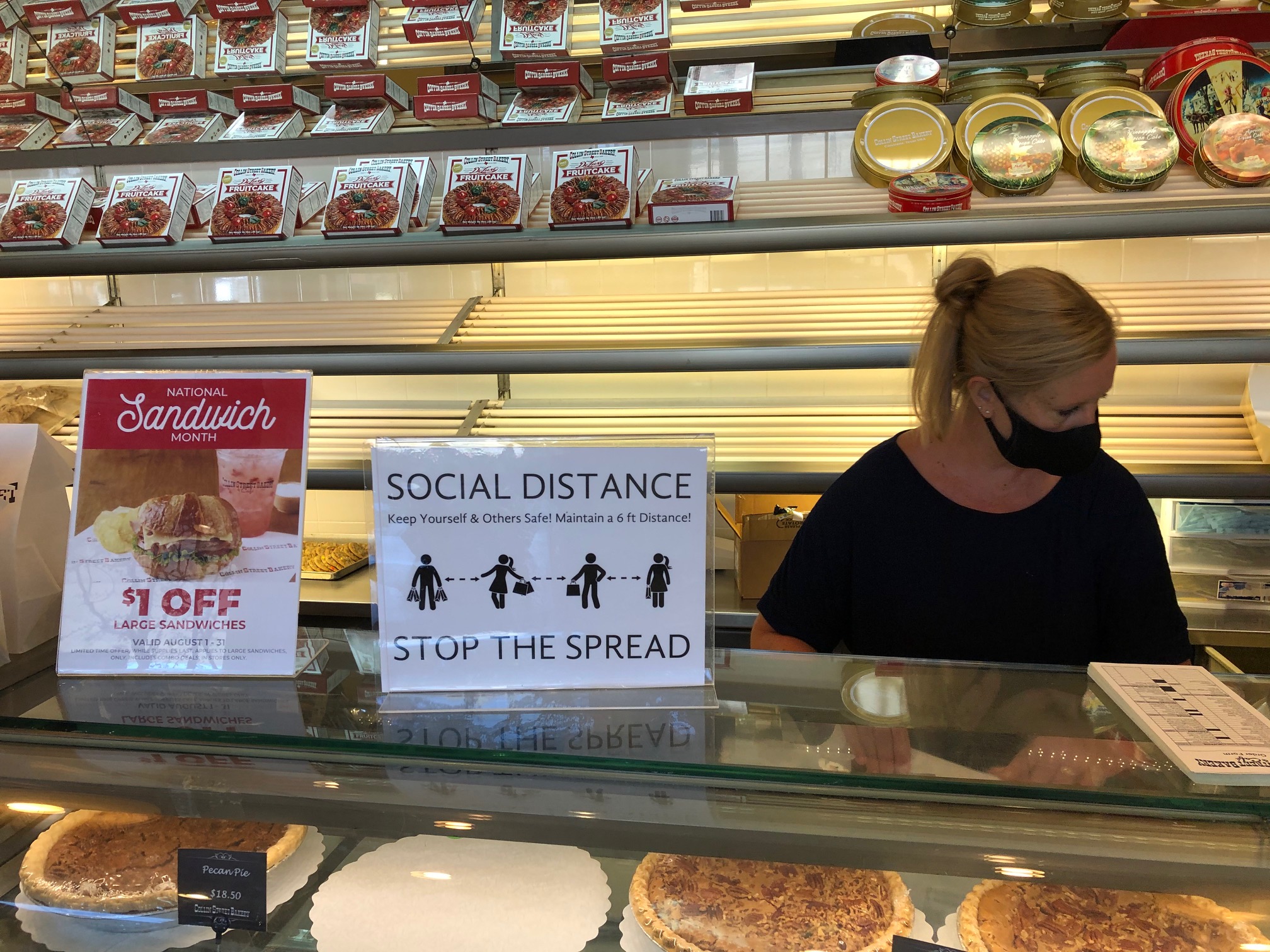 Crawford says in-store business has seen about 60 to 70% of its regular income for this time of year, but business is steady overall. Collin Street is known for its online and mail-order delivery, and the pandemic has increased this side of the business, enough to completely made up for its in-store losses.

The end of the year is always the most lucrative for Collin Street, as people in all 50 states and 196 other countries send its fruitcakes to family and friends. Crawford expects this year to be no different. In fact, with the newfound popularity of the Netflix docuseries Cheer—about Corsicana’s Navarro College cheer squad—Crawford is hoping younger generations start their own holiday traditions with Collin Street.

Big-screen fame was headed Collin Street’s way as well, with the filming of a movie about the embezzlement scandal that rocked the bakery, but shooting has been postponed due to the pandemic. Will Ferrell and Julianne Moore, the stars of the film, were set to film on-site in Corsicana this past spring but will have to wait to begin filming until the producers deem it safe.

Hayden Crawford, the bakery’s vice president and director and a second-generation employee, was excited about the filming. Though the scandal—when a trusted employee cooked the books to siphon off money—cost them more than $17 million, the notoriety would likely have been a boon for business.

“I think people will see us in a favored light when they see what we went through and what our employees went through,” Crawford says. 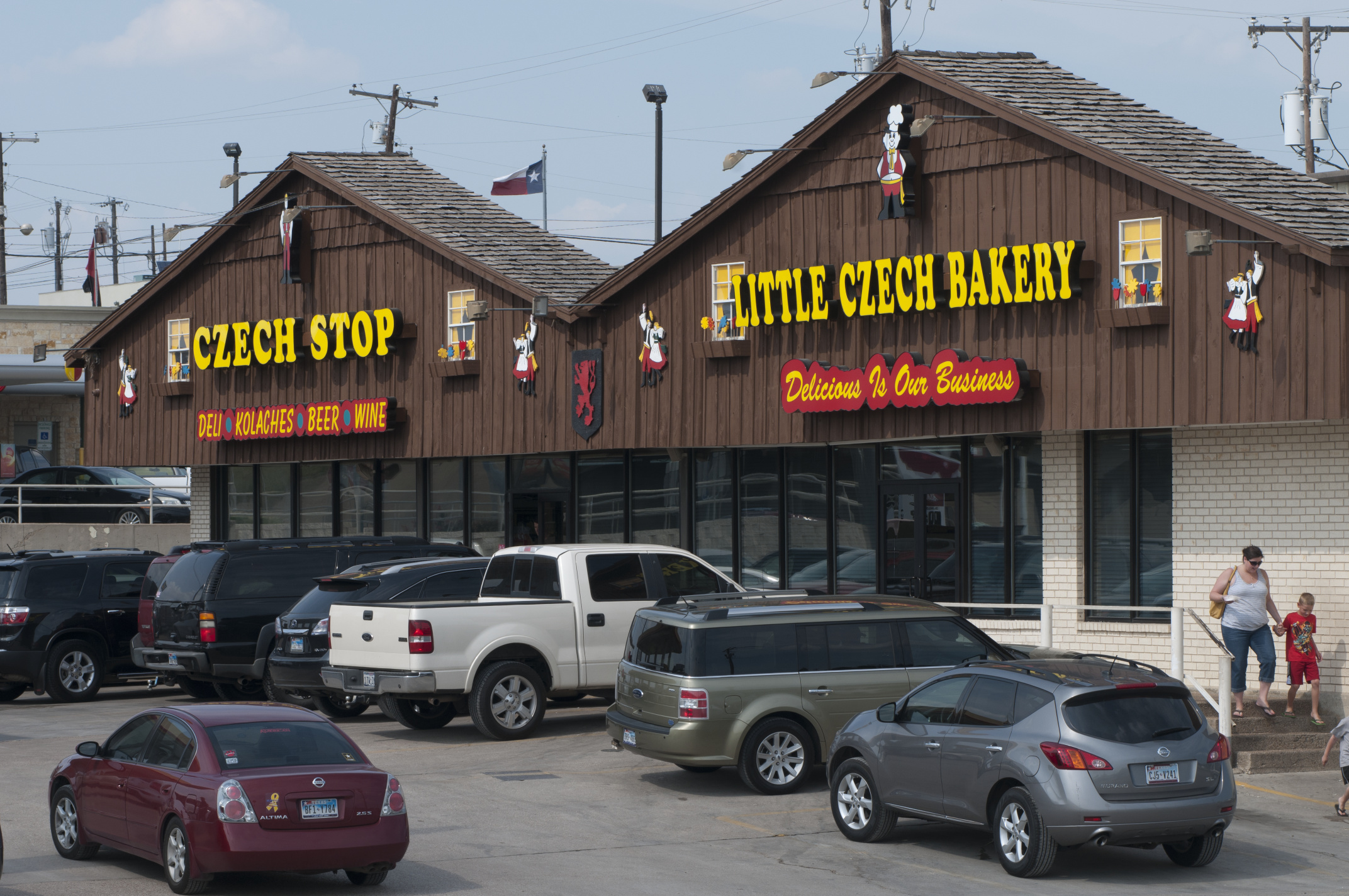 Czech Stop in West lost both of its founders earlier this year. Photo by Michael Amador

Residents of West, 20 miles north of Waco, experienced its last big crisis seven years ago when West Fertilizer Company’s storage and distribution facility exploded, killing 15 people and destroying dozens of homes and businesses. Then, Czech Stop served as a comfort for its neighbors of nearly 40 years. Now, it’s the town’s loyal residents who have come to Czech Stop’s aid.

Michelle Wolf became president of Czech Stop this year after another tragedy struck: Over the span of a few days in late April, both original owners of Czech Stop, founded in 1983, passed away. Bill Polk died at the age of 85 from natural causes, while Barbara Schiffler succumbed to a cancer she had recently been diagnosed with, according to Wolf. She was 71.

“It was really, along with COVID, it was really hard for everybody,” Wolf says. “But we are still fighting.”

Despite the decrease of travelers on the road, Wolf says Czech Stop’s business hasn’t suffered much. The biggest struggle, according to Wolf, has been retaining employees, which makes offerings like curbside pickup more difficult.

“Nobody seems to want to work, and we need help,” Wolf says. “That’s what has affected us lately.”

The fourth quarter of the year is normally lucrative for the bakery because of traveling football fans, but this year’s season will look different than in the past.

“We have fans that stop here as part of their tradition on the way to games,” Wolf says. “Even fans from Oklahoma. That’s a big and fun time for us.”