If You Bake It, They Will Come

A picturesque hermitage near Christoval feeds body and soul 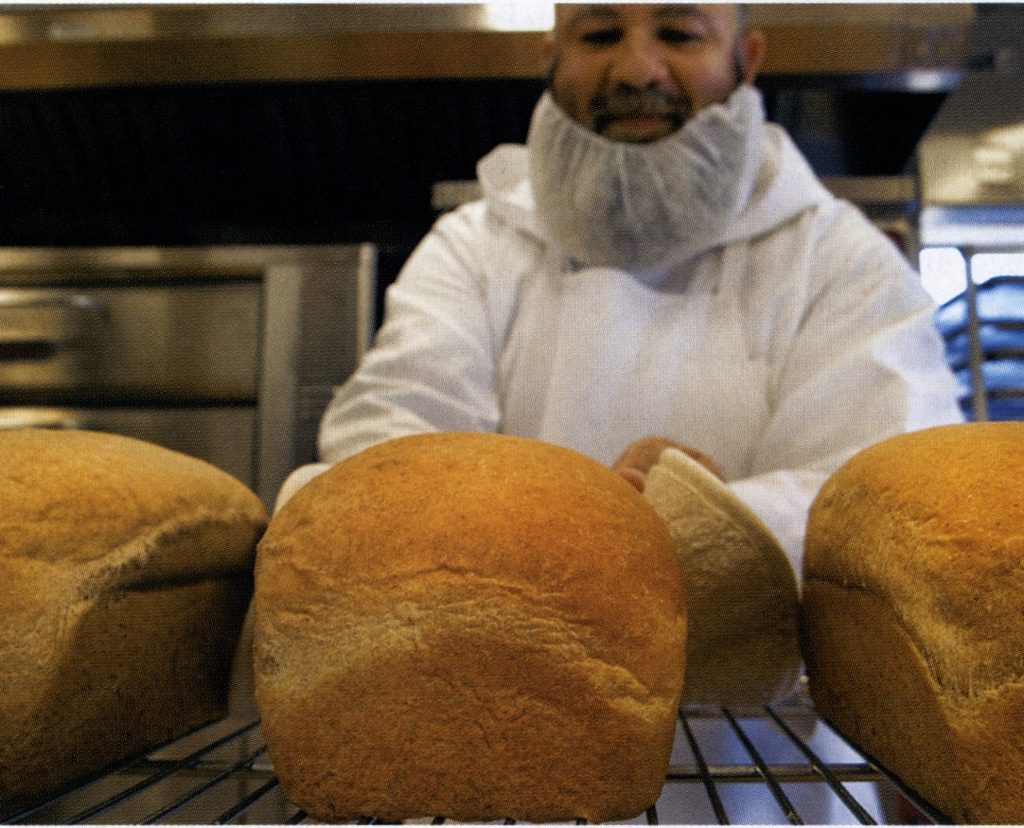 Brother John David, who does most of the baking in the commercial kitchen, turns out hundreds of loaves of bread a week
during the holiday season. (Photo by Michael Amador)

Situated on the rocky slops of the South Concho River Valley, five miles southwest of Christoval, the Mount Carmel Hermitage seems an unlikely tourist destination. A monastic community that welcomes visitors? The concept seems counterintuitive. Don’t hermits seek to separate themselves from the world? Brother John David, who does most of the baking in the commercial kitchen, turns out hundreds of loaves of bread a week during the holiday season.

For the five Carmelite monks who live here, the answer is yes and no. While they spend most of each day in si lence and solitude, they sustain themselves partially through the production of bakery goods, jams and jellies, apple butter, and fudge. They originally re lied on Internet sales, but with the completion of a handsome, rock-faced bakery building in March 2009, they also offer these items in a gift store on-site.

Brother John David, who does most of the baking, makes five kinds of bread-honey-whole wheat, apple-walnut, almond-poppyseed, pumpkin-pecan, and plum-pecan bread, as well as biscotti and kolaches. He wasn’t always an accomplished baker. “When I first started making kolaches, some women from the Wall Brethren Church came over and taught me the techniques,” he says. The lessons paid off, judging by the tender, sweet rolls he produces now.

The Rev. Fabian Rosette, who established the hermitage in 1961, offers Mass daily, as well as on feast days and special occasions. “We have both Catholics and non-Catholics at the services,” says Father Fabian. “The Christmas Eve Midnight Mass draws the biggest crowds—300 to 400 people. They come from all over—Christoval, Eldorado, Sonora, San Angelo. Local cowboys bring their sweethearts. We have a life-size nativity in front of the chapel, and Christmas lights outline the buildings.”