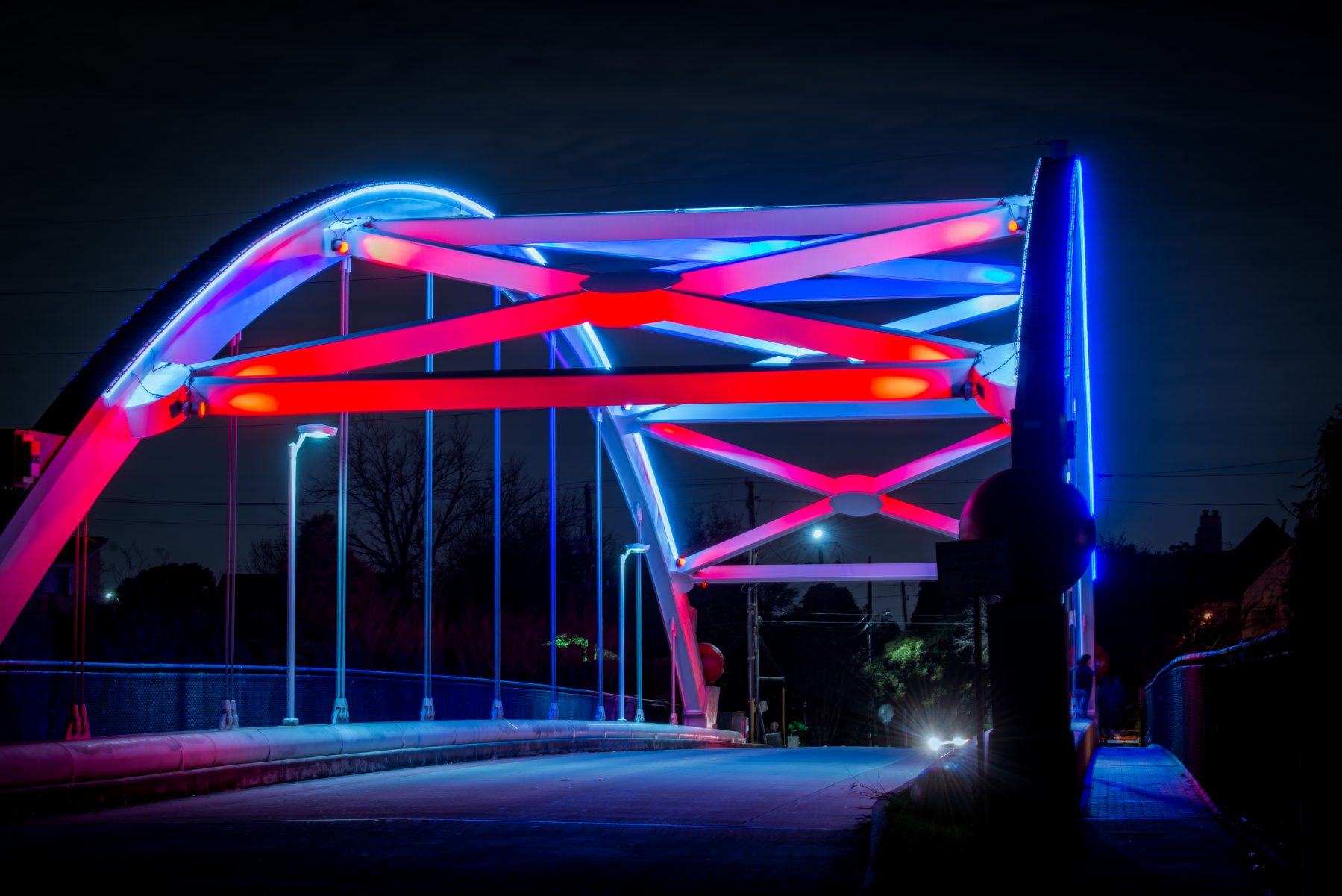 It took a few decades for me to realize that the most meaningful road trip of my life was a mere 15 miles long, and right outside my door. This was last year, after I had recently moved back to Texas from California. Being home again sparked memories of the long-ago places that shaped me. More than any other place, Montrose loomed large on that list.

In 1983, my family moved to the suburbs of West Houston from Fort Worth as I was beginning third grade, yet not until I hit the eighth grade did the homogeneous sprawl of fast-food chains, churches, and donut shops surrounding me start to feel claustrophobic. That was the year I started writing in a journal, and many of those entries were about my intense desire to escape these suburbs for something more, someplace open-minded and free. I wanted art and beauty and eccentricity, not Gap stores and pep rallies.

I discovered Houston’s then-bohemian Montrose neighborhood that year, which also coincided with the first time I fell in love. This wasn’t puppy love; it was real, feel-it-in-your-bones, can’t-live-without-them love. He was new to school, and he wore Sex Pistols patches on his jacket and black combat boots on his feet. Depeche Mode’s “Somebody” was our song. We talked about escaping Houston together and fleeing to London or Paris or New York. It all seemed possible, but in the moment, we had Montrose. Since we weren’t old enough to drive there, we’d get a ride from someone. With him by my side, the journey felt magical. The first-love flutters in my heart no doubt amplified that feeling, intensifying my affinity for the place. 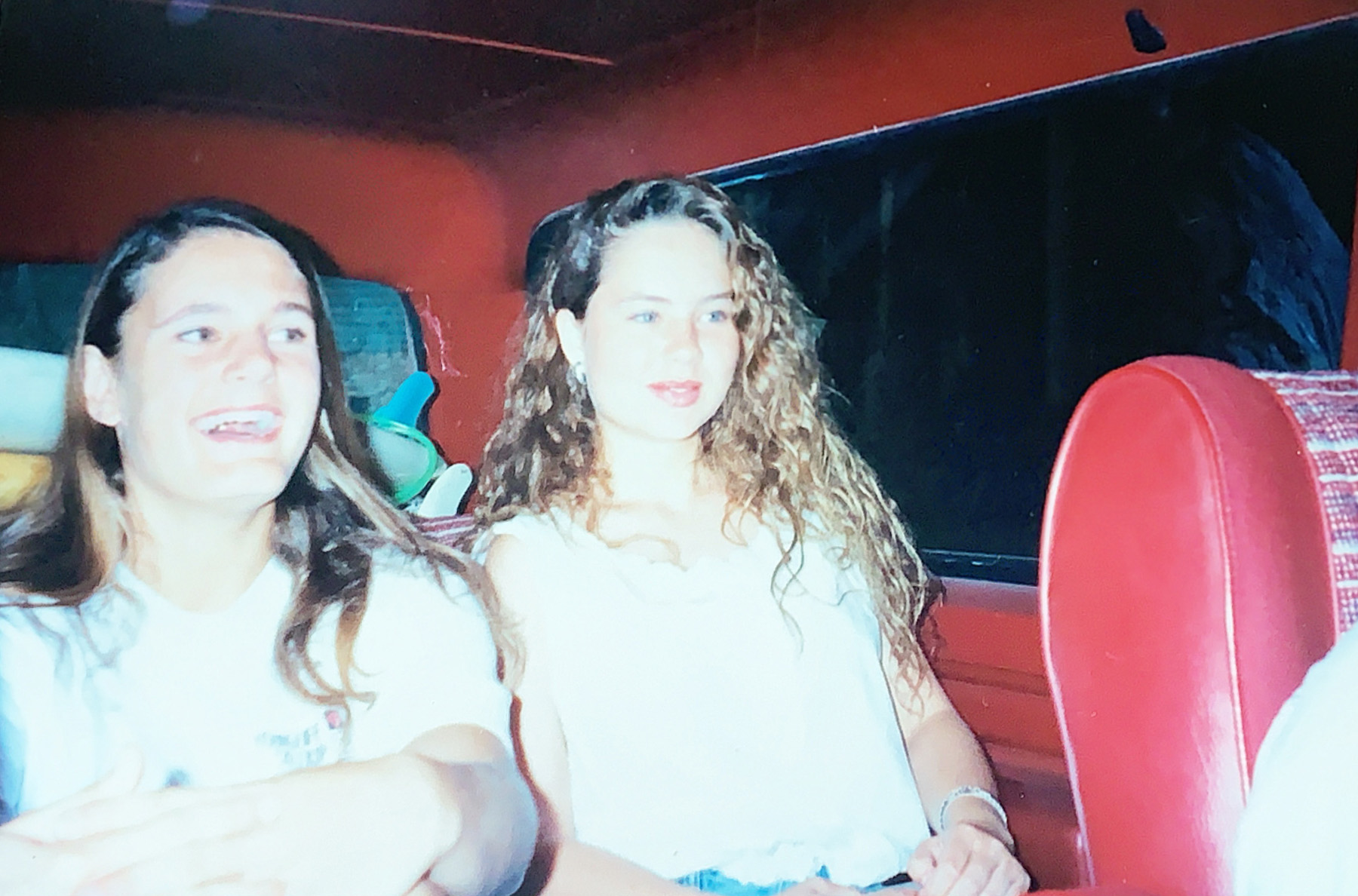 Before they got their licenses, the writer (right) and her friends would catch rides to Montrose. Courtesy Dina Gachman

In Montrose I found an urban oasis full of record shops and local art, and clothing stores like Timeless Taffeta and Dream Merchant, which were the polar opposite of a Gap. For a 14-year-old in suburbia, these places were like little revelations. They opened up my world and showed me that there was much more out there than my little school, and my little street. Montrose was a place where you could be gay or straight, a painter or a scientist, a writer or a musician, even a philosopher. You could be yourself. My first love and I eventually parted ways, but when I got a license and a car of my own, I continued making the drive.

When high school rolled around, I’d take Interstate 10 east out of the suburbs, through the city and into the Montrose area with my friends. Since I have no sense of direction and this was long before iPhones and Google Maps, it’s a miracle that I was able to navigate the overlapping highways and winding side streets of Houston at all. Somehow, I managed, and driving there felt like a pilgrimage away from the status quo we were rebelling against and into another world, another type of life.

At that time, many of my journeys to Montrose were made with my friend Luke*, who was still in the closet, as they say, but not to me. The two of us would make that drive to get away from our school, which to us was the entire universe, and its toxic culture: the mean girls spewing homophobic comments as Luke passed them in the hallways, or the guy who drew a swastika on my notebook in class, or the girls who tormented other girls for the way they dressed, or for having too much sex, or for having no sex at all.

We were escaping that world for a few hours at a time, on weekends, whenever we could. We nearly totaled Luke’s car once, speeding down I-10 in a rainstorm and blaring Madonna as we rushed to see her movie Truth or Dare. The car spun out and we held on for dear life. Once the spinning stopped and we made sure we were both still breathing, we kept on driving. I like to think I’m a much better driver (and passenger) now, and that speeding in a rainstorm to see Madonna was just one of the follies of youth. As far as my less than stellar sense of direction, well, that hasn’t really changed. When I visit Houston now, though, I can still find my way to Montrose.

It was in Montrose that I got my first tattoo, which I hid from my parents for months by wearing thick socks even when it was 95 degrees in Houston (they eventually caught on to my ruse). It was also in Montrose that I discovered gems as disparate as the Zen-like art space Rothko Chapel, on Yupon Street, and the cavernous nightclub Numbers, where bands like Jane’s Addiction and Sonic Youth played. I bought incense and stained glass at the Westheimer Art Festival each year, and paints and charcoals at Texas Art Supply.

As much as I loved Montrose, I never imagined moving there. At that time, I would have been ecstatic if someone launched me out of a cannon, and out of Texas altogether. I couldn’t appreciate Texas then the way I do now, and I longed to live in a place that embraced diversity. As a teenager in the ’90s, Houston definitely didn’t feel like that place. Montrose wasn’t home, but driving there gave me hope. Looking back, that drive charted the course for my entire adult life. It set me in motion, and showed me that venturing out of my bubble was possible. Eventually, it gave me the courage to leave Houston, and Texas, entirely. At least, for a time.

Like so many neighborhoods, Montrose has changed over the years. It’s not the bohemian oasis it once was, at least for me. Thinking about those drives, though, reminds me that it’s not always the major events that shape you. It’s not always a yearlong RV trip or the summer you drove 2,000 miles hitting up every national park in your van. Sometimes it’s a 15-mile journey through the city with your friends. Looking back, it seems historic, but at the time, it just felt like everyday life.

*Name has been changed.