Closed more than a century ago, the hotel offers a mix of modern amenities and historic flourishes 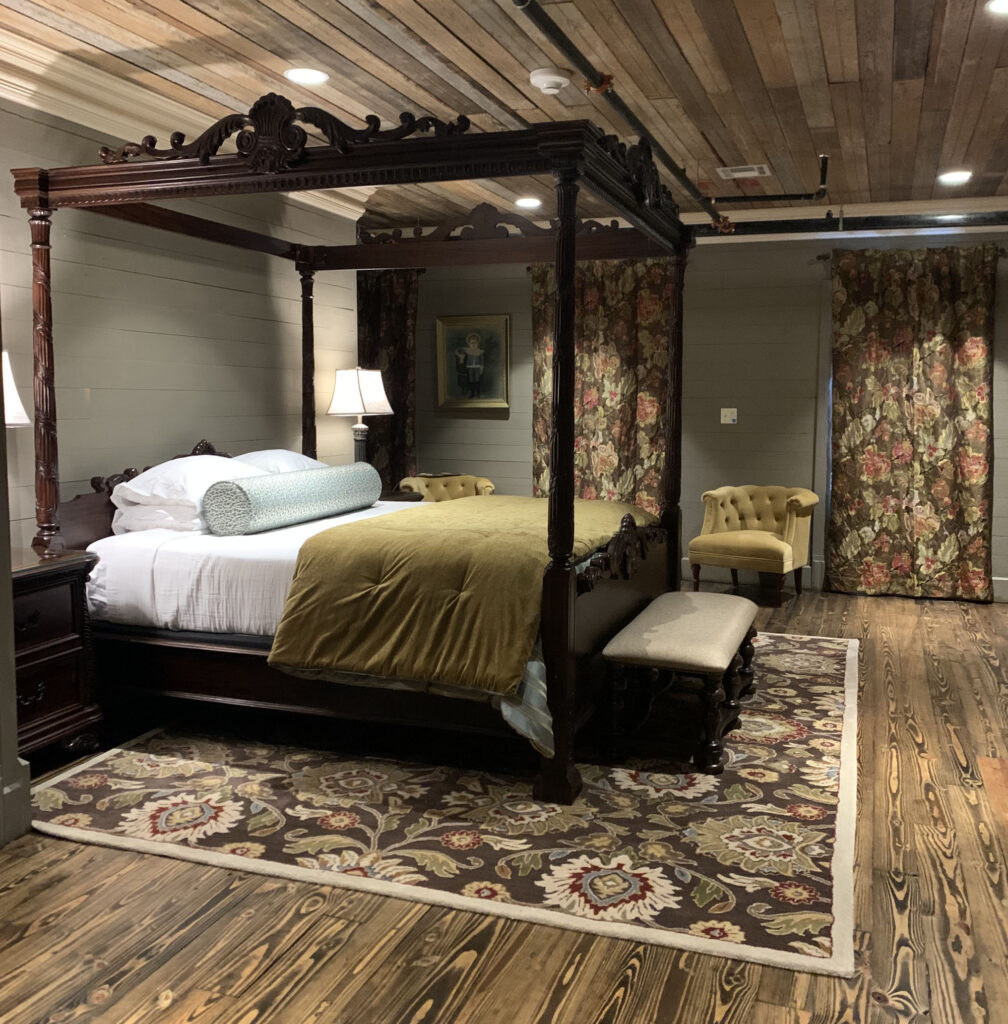 On the last day of 2021, the P.A. Smith Hotel in Navasota reopened after being closed to guests more than 130 years ago. Built in 1876 along the town’s bustling railroad tracks, the original three-story hotel operated for only about a decade before becoming a private residence, a pool hall, and a woodworking shop, among other things.

By the time Stephen and Janice Scheve bought the property in 2017, it was in bad shape from years of neglect. “The roof had fallen in, as well as the third floor and part of the second,” Janice recalls. “It was in total disrepair, other than the stone walls and some of the flooring, which we were able to salvage.” The Scheves, who live nearby in the town of Washington, set about revitalizing the historic structure.

Janice had experience flipping houses, which Stephen skeptically called “putting lipstick on a pig.” Yet it was Stephen who pushed for the couple to take on the hotel, Janice says.

“Over the years we had watched Navasota really deteriorate as a town, and then it started to show signs of coming back to life,” she recalls. “He’s the one who found this old building and said that we needed to get it and invest in Navasota. It just needed to be done—we just didn’t know it was going to take four years!”

The newly renovated building boasts a soaring lobby with white marble floors, Texas pecan wood paneling, sparkling chandeliers, and elegant silk- and velvet-upholstered seating with gold accents. A stairway leads to a total of 10 well-appointed staterooms on the second and third floors. Rates start at $289 per night. The Scheves also purchased the adjoining property to expand the building’s footprint. The connected adjacent space houses a gift shop on the first floor, a cozy bar with leather seating on the second, and a vast three-bedroom, two-bath penthouse suite on the third. 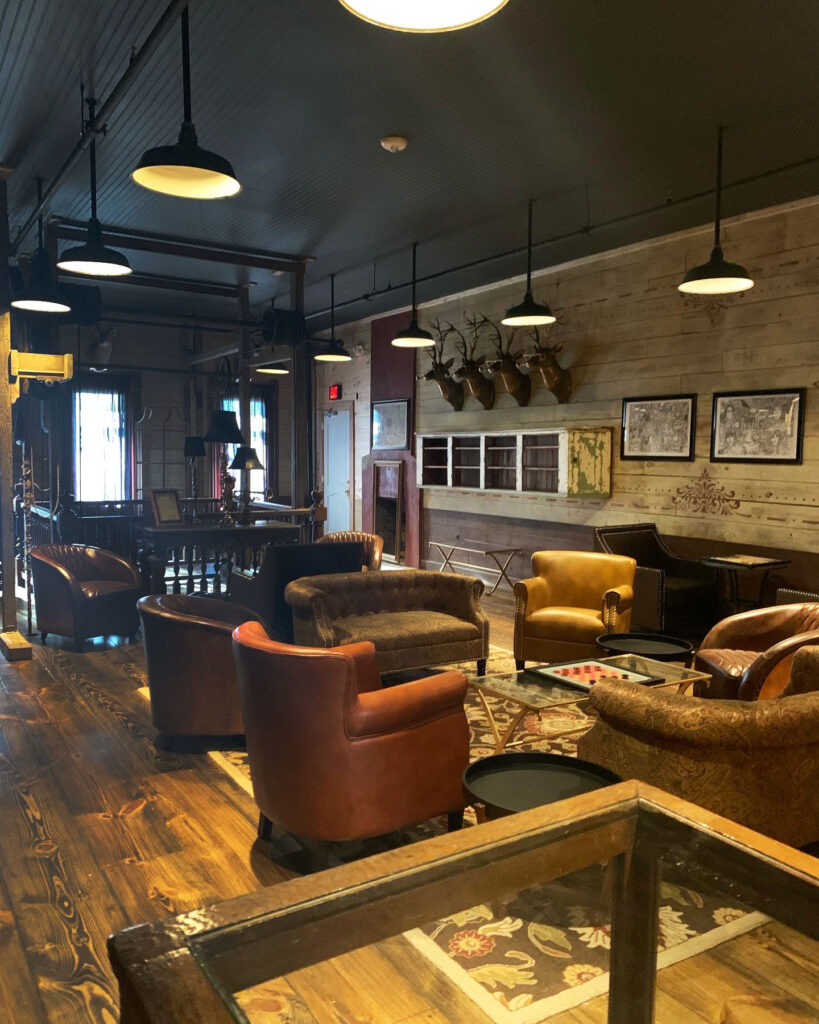 Even though the spaces have been remade to cater to the modern traveler, a sense of history pervades the hotel. A coffee and wine bar located just inside the entrance is called Louisa’s Cache in honor of Louisa Loftin, the entrepreneur behind the original hotel. A local widow, she had initiated construction of the building before marrying the man for whom she would name the hotel. The bar, dubbed Hamer’s Speakeasy, is a nod to the legendary lawman Frank Hamer, who brought order to the rowdy railroad town in the early 20th century. Framed black-and-white photographs of Hamer adorn one of the walls.

By this March, the Scheves also plan to open a restaurant two doors down called the Red Board Tavern, which will serve hearty dishes like chicken fried steak and a smoked brisket Reuben. The term “red board” refers to a railroad stop signal, and both the restaurant and hotel look out over the tracks of the Union Pacific. The passing trains are another reminder of the town’s history: The rails first brought prosperity to the farming community by offering a means of getting goods to market.

Today, entrepreneurs like the Scheves are breathing fresh life into the town’s railroad district. At least a dozen businesses have launched there in the past few years. These new enterprises are bound to attract more visitors, and the P.A. Smith Hotel will once again stand ready to welcome them.