Once the Tallest Span in the U.S., the Pecos High Bridge was a Nerve-Wracker 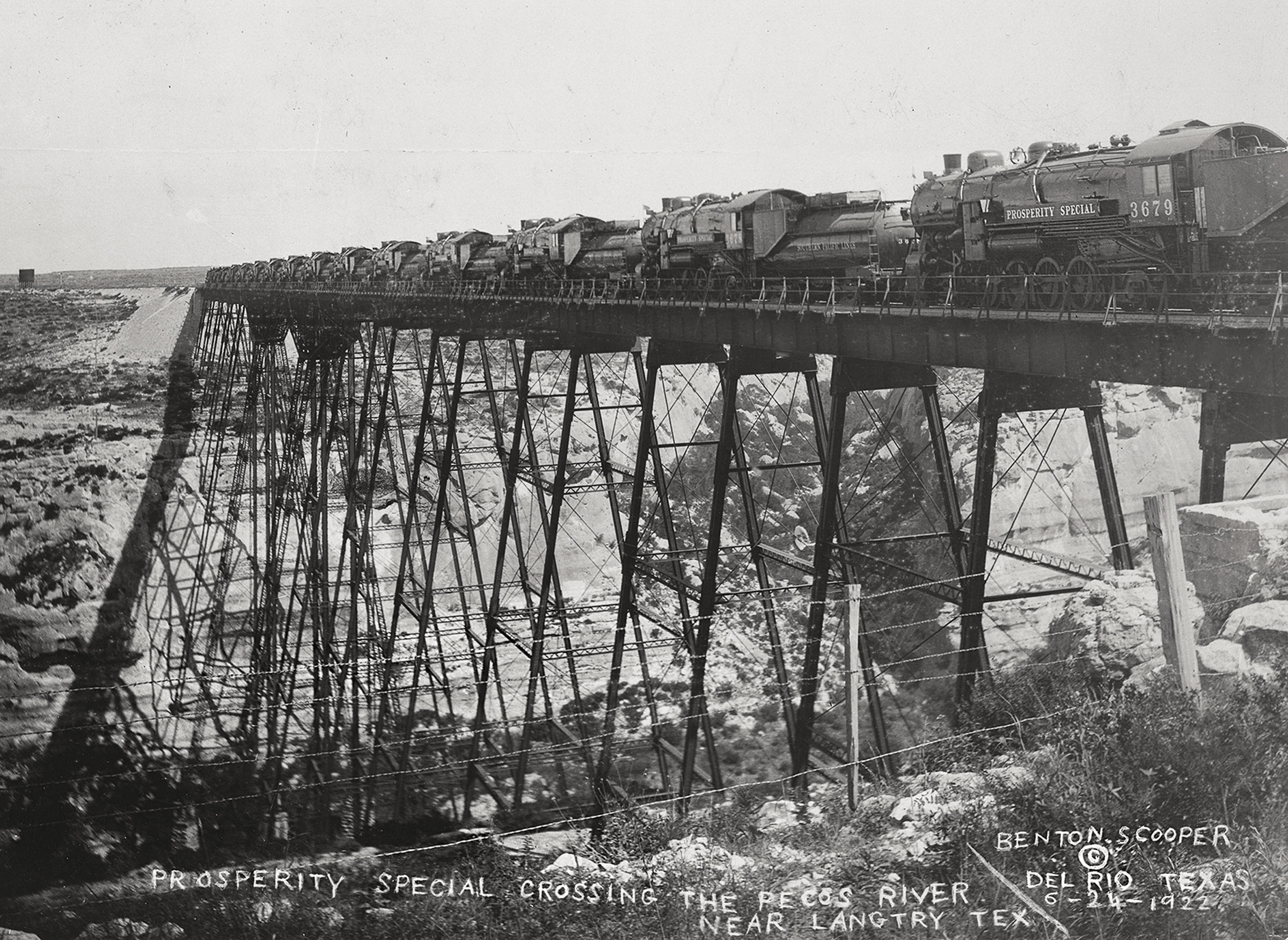 Standing 320 feet above the Pecos River, the Pecos High Bridge was the tallest bridge in America when it opened in 1892 to improve the Southern Pacific Railroad’s route between El Paso and San Antonio. Engineers used 1,820 tons of steel for the span’s construction, which was marred by an accident that killed seven workers. Judge Roy Bean, the Langtry saloon operator and justice of the peace, rode 12 miles by mule to pronounce the men dead, according to T. Lindsay Baker’s 1986 book, Building the Lone Star. Bean pronounced three injured men dead, too, over protests from onlookers. “They ain’t dead yet, but they will be,” Bean replied. “And you don’t think I’m going to ride that mule back up here later just to do what I’m doing now.” Though the three ultimately recovered, the bridge gained a reputation as a treacherous crossing, whether by foot, horse, or train. A new bridge replaced this one in 1944.