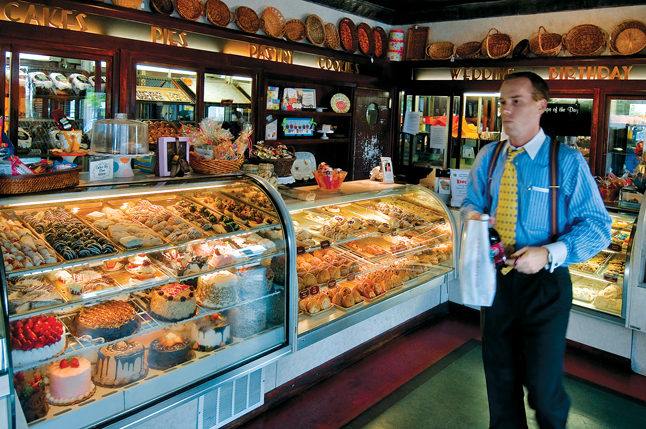 When I read that a 252-acre botanical garden in Orange, Texas—Shangri La Botanical Gardens & Nature Center—had recently been honored for its environmentally sound design, I started to plan a trip to southeast Texas to see it myself. I figured I’d stay in Beaumont, a city I remembered for its spicy barbecued crabs, surprising museums, and the sparkly refineries on the outskirts, which glittered at night like sci-fi cityscapes.

As I planned my trip, I found more reasons to visit: I learned that the Big Thicket National Preserve had just received the largest land donation in its history—a 6,600-acre addition of hardwood forest and cypress-tupelo swamp that provides new opportunities for both recreation and preservation. Then someone told me that Beaumont’s Texas Energy Museum had recently added new exhibits, and also that the Art Museum of Southeast Texas was really coming into its own with an increased emphasis on contemporary regional artists. And if my gluttonous last trek to the area were any indication, I knew the food would be excellent.

Beaumont claimed its spot on the world stage in January 1901, when the Lucas gusher at the nearby Spindletop salt dome came in, kicking off the Texas oil boom and ushering in the Petroleum Age. The population here grew from 9,000 to more than 30,000 in a month, with everyone from prospectors to promoters scrambling for a piece of the action. And while crude oil and petrochemicals still dominate the financial headlines in this part of southeast Texas, I’d argue that another inky substance brings the community together these days: coffee.

In the city’s restored historic district, a spot called the Barking Dog Coffee Lounge brings in the evening crowd with cappuccinos and espresso, poetry readings and art openings, live music and free Wi-Fi access. Nearby, another coffee hotspot, the Early Bird Café, finds patrons sitting elbow-to-elbow at the counter as the sun rises, drinking bottomless cups and reading the paper as fleet-footed cooks maneuver bowls of raisin-studded oatmeal and plates of scrambled eggs and battered bacon.

But Rao’s Bakery—which opened its first shop in 1941 on Calder Avenue, still Beaumont’s main drag—may be where the town’s stickiest issues are resolved. “People will get up an hour early to spend an hour at Rao’s before work,” says owner Jake Tortorice Jr. Over cherry strudel and cinnamon rolls, ham-and-egg croissants and mugs of stout French roast, Beaumont businessmen and county workers sidle up to AT&T linemen and Lamar University professors, shooting the bull about everything from the ongoing construction on I-10 to the recent statewide fee increases for fishing licenses.

The original Rao’s occupies a stretch of Calderin the Old Town District, where most buildings date to the 1930s and ’40s. This strip, like the rest ofhistoric Beaumont, is seeing signs of urban renewal: Soon, bike trails will connect Old Town to a scenic trail along the Neches River and to downtown, and brick sidewalks will make it easy to stroll to the area’s antiques shops, boutiques, and restaurants. Here on Calder, at a former tea room now called Easy’s Tapas & Martinis, I spend my first Beaumont evening sipping wine (though the martinis look tempting) and sampling dishes like fried artichoke hearts, tenderloin medallions with tarragon, and feta-stuffed phyllo from the restaurant’s tapas menu. When Beaumont’s first tapas bar opened for business in 2003, this shared-food concept was new for most people here.

”When we were applying for our liquor license,” says co-owner Wayne Ingwersen, “the TABC guy asked us, ‘What are you serving?’ And I said, ‘Tapas and martinis.’ And there was a long pause before he said, very seriously, ‘Sir, is this a sexually oriented business?”‘

“The shared-plate, relaxed style of eating-it took a while to catch on,” says Ingwersen’s wife, Karen. “But now our customers run the gamut. We see city officials, doctors, people in the art crowd, students at Lamar University.”

Those same students are the lifebloodof a resale boutique across the streetcalled IZ Funky Resale, a brightly painted space packed with theatrical displays of furniture and clothing both vintage and contemporary-mod Lucite lamps, boomerang-shaped coffee tables, vintage snakeskin belts, modern Betsey Johnson necklaces, Michael Kors heels. Day and night as I explore the city, I notice lots of women wearing high heels-pretty, spindly shoes that seem suited for the runway-and I ask manager Kayla Harper about that. She thinks awhile. “In some ways,” she tells me, “Beaumont is a city of the classic south. And when a southern woman gets dressed up, she goes all out.”

I’m wearing sneakers the next day when I explore a secluded, cypress-shaded stretch of the Big Thicket by kayak, and later when I tour the magnificent Shangri La in nearby Orange. It’s raining-a turbulentspring downpour that somehow imbues the refuge with both electricity and a sense of calm. At the heronry, I stand in a covered blind and watch transfixed as hundreds of egrets hunker down in twiggy nests, sheltering their chicks from the wind and rain.

It’s still thundering when we return to Beaumont, so it’s an easy decision to go museum-hopping. A dozen museums here illuminate topics ranging from the inventions of Thomas Edison to the athletic accomplishments of Beaumont native Babe Didrikson Zaharias, but I spend the afternoon meandering the galleries of the Art Museum of Southeast Texas and the adjacent Energy Museum of Texas. Exhibits at the art museum reveal an almost palpable sense of place, from the serpentine, towering wooden sculptures of Vidor artist Charlie Staggin the foyer, to the installation dedicated to the late Beaumont folk artist Felix “Fox” Harris, whose totem-like sculptures of found objects mystified and intrigued Beaumonters in the 1970s and ’80s.

Next door at the Texas Energy Museum, I learn a little about how a refinery works, get a sense of what it’s like to drive a tanker up the Neches River, and marvel at the many ways oil has changed the world. Before long, I’m considering my lipstick, my cell phone, the soles of my shoes, my contact lenses-all made possible by an industry that has taken its share of lumps in the court of public opinion. “At any museum,” says Executive Director Ryan Smith, “what you want is for people to converse with each other, to talk about the painting or the historical artifact, to see how it relates to their lives.”

There’s a lot to talk about in this intriguing southeast Texas city.