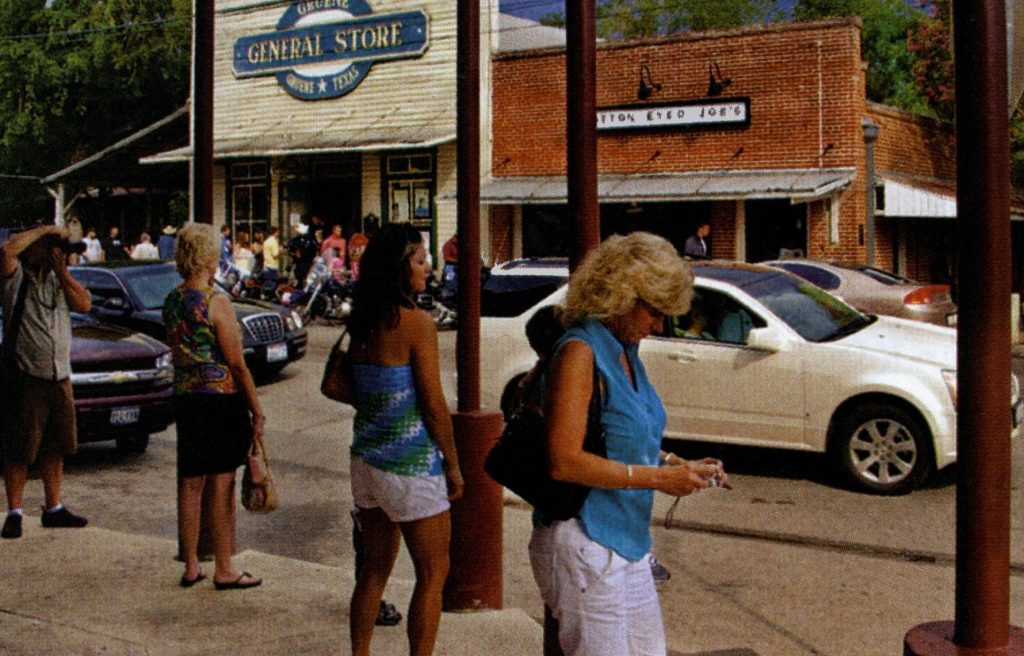 The Central Texas hamlet of Gruene—first settled in the mid-1840s and now a vibrant tourist destination—celebrates year round, as anyone who wanders into its famous 1880s dance hall or tubes its lazy stretch of the Guadalupe River can attest.

But 2010 is a special year for Gruene, as it marks the 35th anniversary of its transformation from ghost town to Shindig Central. For after a successful run as a cotton community in the late 1800s and early 20th Century, the Great Depression and the boll weevil spelled economic disaster for Gruene, and most of the businesses closed. In 1975, though, businessman Pat Molak purchased and restored the historic dance hall, and that same year, the entire Gruene Historic District was listed  in the National Register of Historic Places. More than 90 percent of the original buildings are still standing, and today operate as restaurants, bars, tea rooms, coffee houses, boutiques, antiques shops, artists’ studios, and other enticements for visitors.

“May will be the big month for celebrating the 35-year milestone,“ says Molak, “since that’s the anniversary month of the first big dance we had at Gruene Hall.” Scheduled acts at Gruene Hall include Jerry Jeff Walker (May 13), the Joe Ely Band (May 15), Asleep at the Wheel (May 22), and Aaron Watson (May 30). See www.gruenetexas.com.