Jamicah Dawes, the owner of SlimPickins Outfitters in Stephenville, says outdoors activities bring people together. "It really is everyone’s birthright, something that we all can enjoy. Change happens around a campfire. I’ve seen it." 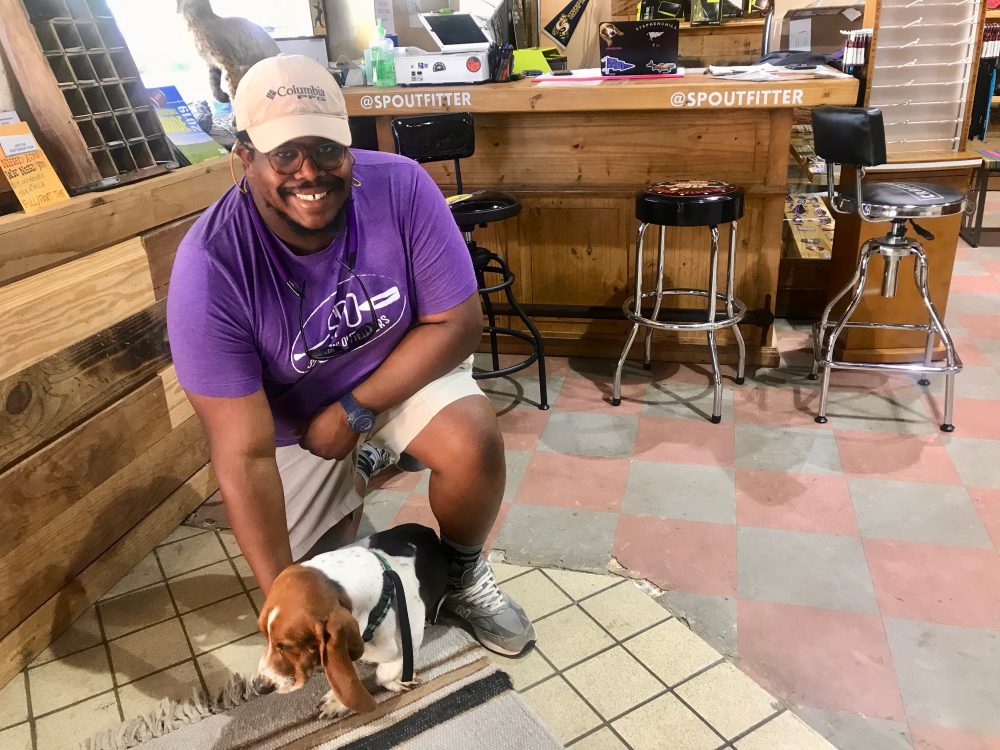 If you happen to be on the northwest corner of the Stephenville square, chances are you’ll hear Willie Nelson or Leon Bridges crooning from a record player within the former Rexall Drugstore. If you pause and walk inside, you’ll discover that the historic structure is no longer a drug store but SlimPickins Outfitters, an outdoors shop stocked with gear and apparel. Jamicah Dawes, a graduate of Tarleton State University, opened the shop in 2017, making it, according to Dawes, the only outdoor shop in the country owned by an African American. In a town often associated with rodeo and ranching, Dawes hopes to contribute to Stephenville’s growing interest in outdoor pursuits across the region.

TH: Why did you open SlimPickins in Stephenville?

Dawes: After I graduated from Tarleton, I asked myself, “Instead of looking elsewhere, why not stay and establish things you want in this community?” My wife and I felt the charge to establish and add to something that was already starting in Stephenville,  a newness that is happening here. It’s in the students, in the university, in the community at large. I don’t think a shop like ours—what we do and what I look like—would have been possible five to 10 years ago. There’s a newness here. It’s evident not just in SlimPickins but in other shops that are taking a chance, trying to reestablish the downtown and revive the history here, like we’ve done with the old drugstore. 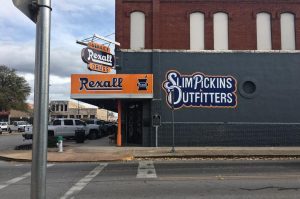 TH: You’ve done a great job of keeping an old-school feel in the building.

Dawes: We wanted to tell the story of the Rexall Drugstore and have it complement our story. I had no idea what I was doing, but people came out to help us and support us. The goal was that when you step across the threshold, you are transported back. We hear so many stories from people—”Oh, I had my first kiss here.” One couple met when they both worked at the drug store, and now they’re still married. We are not done yet. We’d love to have someone come in and open up a coffee shop in the back, or a barber shop.

TH: What kind of outdoor sports are happening in Stephenville?

Dawes: We may not have the kind of outdoor offerings that you would see in Colorado, but they’ve done a great job here with the recent opening of the Bosque River Trail. What people don’t realize is that within a 60-mile radius around us, there are six or seven different state parks—in Mineral Wells, Glen Rose, Lake Brownwood, Possum Kingdom, Meridian, Palo Pinto Mountain, Cleburne. We’ve been partnering with other groups. We put on fly-fishing classes with an outfit out of Granbury, Fatties on the Fly. I credit them with getting me into fly fishing. We’ve organized yoga with a local yoga studio. There’s biking—we do a community bike ride with local bike riders. We’ve had master naturalists come out and give classes. We see it as a mission. How can we show that the outdoors is for everyone? It really is everyone’s birthright, something that we all can enjoy. Change happens around a campfire. I’ve seen it.

TH: Can you elaborate?

Dawes: When you have a fly rod in your hand and are standing next to a woman or man, you’re going to get their story. You are exerting yourself, getting out of your comfort zone, so you are vulnerable in a way that people admire, and it’s easier to connect. When you are on a trail with someone after a 20-mile hike, you focus on the things you have in common rather than your differences. You think “Ok, I’ve had this experience with this person, now we have this commonality.” We want to play a part in that.