Although he didn't visit the Lone Star State often, the times he did left a lasting impression 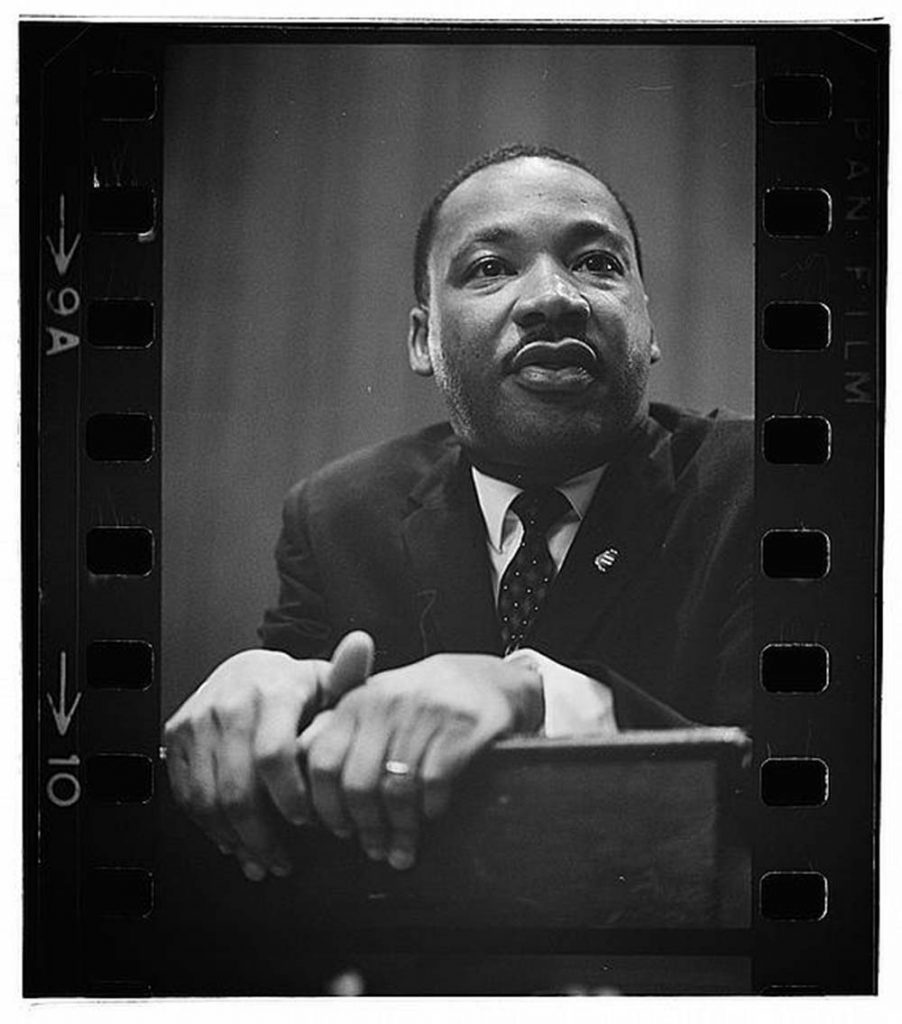 Of the times Martin Luther King Jr. visited Texas, there are three occasions that stand out: 1959 in Fort Worth, 1962 in Austin, and 1967 in Houston, six months before his assassination. Each presents the reverend and civil rights hero’s journey at various stages of his life and career.

The trip is four years after a reluctant King took up the mantle as a leading civil rights leader ahead of the Montgomery bus boycott. It was also less than a year after he survived a knife attack in Harlem, the first attempt on his life.

King, of course, couldn’t stay in the local hotel on his first trip to Texas because the state was wholly segregated. So, during his only visit to Fort Worth, he spent the night at the residence of the mother of supporter and hostess Vada Phillips Felder on Stewart Street, southwest of downtown. According to the Fort Worth Star-Telegram, through Felder’s connection as a graduate of the Brite Divinity School at Texas Christian University, King visited a home on Bellaire Drive West—in a white university-adjacent neighborhood—for coffee with the Lungers, an upstanding white family steeped in the church.

King spoke at the old Majestic Theater to a group of 400. He told the group: “We stand between the dying old and emerging new. There can be no birth and growth without pains… . The infant freedom is dying to be born.” For the majority of the crowd on hand, it was the first occasion in which they had ever entered through the front door or sat in the theater’s lower floor—typically reserved for white patrons.

The trip could be called a success in relative terms. “[King] came and went from Fort Worth in peace,” Felder noted.

The Majestic was torn down in 1970, but a marker to commemorate King’s visit was placed near its former location in 2019.

King’s next trip to Texas occurred in Austin in March 1962. Again, it involved unusual sleeping quarters. The initial plan was to put him up at the historic Driskill Hotel in downtown Austin, as it allowed a few exceptional Black people as guests. However, a University of Texas official worried that someone could harass the civil rights icon before his speech on campus. Shirley Bird Perry—later university vice president, but then program director for the Texas Union, where King was speaking—decided the Georgian should be the first lodger in the Union’s guest room, which was large enough for a daybed, an easy chair, and a bathroom.

King was 18 months from the March on Washington for Jobs and Freedom, where he delivered his most famous speech, “I Have a Dream.” But his work, his contemporaries, and his predecessors were already paying significant dividends. King himself was becoming an admired leader for his nonviolent stances, especially in the face of Malcolm X’s emergence as a Nation of Islam leader who wasn’t for the collective turning of cheeks.

“I do believe there is a difference between saying something and doing something,” King said in his speech entitled “Civil Liberties and Social Action” to the 1,200 attendants in the Texas Union Ballroom. According to The Austin American, then the morning edition of the local newspaper, he said Texas had made better progress than its sister states of the Deep South, but that it would need to “search its own soul to see if it has made the genuine start to an ultimate total breakdown in segregation, or if token integration [was] nothing more than a delaying tactic.”

“It was an experience I will never forget,” said Lonnie Fogle, a 1966 chemistry graduate, to The Daily Texan in 2018. “He really preached about nonviolence and about taking a stand. It was quite an experience seeing him on campus.”

Fogle is a member of a lauded group called the Precursors, the first Black undergraduate students to attend UT. According to the Austin American-Statesman, when King spoke, the Black student population at the university made up 1%, roughly 200 black students, of the 20,000-member student body.

“He was talking, and before we know it, they put a coat on him and took him out,” recalled Eddie Nickson to NBC 2 Houston about seeing King’s last speech in Texas, which took place at Houston’s old Sam Houston Coliseum on Oct. 17, 1967. “Our eyes were burning; they had put something in the air conditioning vent.”

Despite King having been awarded the Nobel Peace Prize three years earlier, chaos reigned over his final trip to the Lone Star State. Activist/artist Harry Belafonte invited him to come speak during a show that included Aretha Franklin and Joan Baez. But by now, King’s messaging was waning in popularity, and the last two years of his life included a sharp turn carried by public criticism of the Vietnam War and, in King’s view, President Lyndon B. Johnson’s lackluster anti-poverty efforts, specifically within Black and other communities of color.

It’s essential to understand King’s politics and public standing in this particular time and place in 1967—just eight years after his first visit to Texas—which rails against the dominant sentiments of the pacifist, hand-holding iteration of King. Though originally contingent on his message of nonviolence, Americans’ opinion of King had changed: They no longer loved or admired him in the last 18 months of his life.

Supporters abandoned him for various reasons. President Johnson, who supported the reverend through critical civil rights and anti-poverty actions, sloughed off King, as did most mainstream and Black media. Time once reported that a Harris Poll taken during the year leading to his assassination in Memphis “revealed that nearly three-quarters of the American people thought he was persona non grata, and almost 60% of his own people, black Americans, thought he was irrelevant.” After coming to the defense of “little brown Vietnamese children” at Ebenezer Baptist Church in Atlanta, The Washington Post wrote that King “diminished his usefulness to his cause, his country, and his people.”

King was rarely thoughtfully written about, especially during his most controversial period, from within Texas’ borders. King’s talk also arrived months after the infamous so-called “riot” at Texas Southern University, where police unnecessarily escalated a protest and terrorized students. The tensions in Houston were palpable.

“We’ve had problems here tonight,” King told the captive audience at the old Coliseum. “The forces of evil are always around.”

While pushing Operation Breadbasket, a program designed to encourage businesses with considerable African American patronage to employ more Black employees, King also had harsh words for Johnson’s administration. “Our government is more concerned with winning an unjust war than it is in winning the war on poverty,” he said. “I feel all war is evil, and the war in Vietnam is the most evil of all.”

The Houston Chronicle reported that Klansmen disseminated “hate tracts” around the now-razed building in the theater district, near the ironically named Tranquility Park and now the site of the Hobby Center. Depending on recollection, stink bombs were thrown near the stage or win the ducts, eventually halting the event. It would be 50 years before Belafonte would come back to Texas. But King pushed through his speech as far as he could. It was a moment that left a lasting impact on the crowd.