Texas’ Route 67 Is Route 66 Without the Cheap Souvenirs 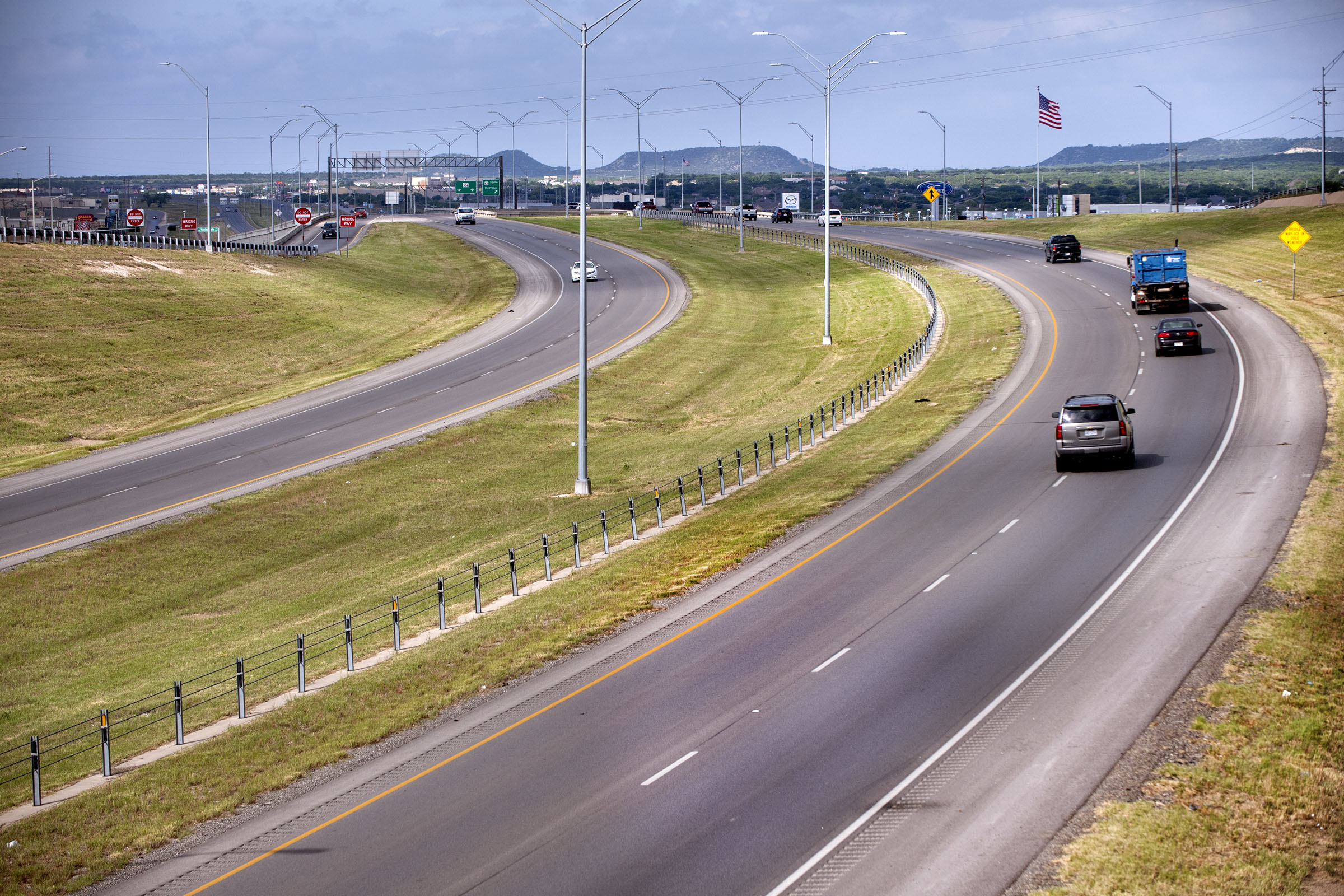 US 67 in San Angelo. Photo by Michael Amador.

Roughly 80,000 miles of highways crisscross Texas, but few roads in this state, if any, are as beautiful or as enjoyable to drive as US 67.

Originally designated in 1926 as part of the United States Numbered Highway System, Route 67 travels 1,560 miles from Presidio to Sabula, Iowa. Its northern Texas terminus is Texarkana, giving it an in-state length of nearly 640 miles. This makes it one of the longest highways in Texas. But size alone doesn’t make it special: it’s the sights one sees on 67, not to mention the laid-back pace of travel road-trippers don’t often find by sticking solely to the interstates.

Starting in Texarkana and heading southwest, 67 meanders through the Piney Woods for a while before merging with Interstate 30 near Saltillo. The two highways run as one to Dallas, where 67 breaks off on its own again. From there it’s a quick jog to Cleburne, then on to Glen Rose, where the real fun starts. 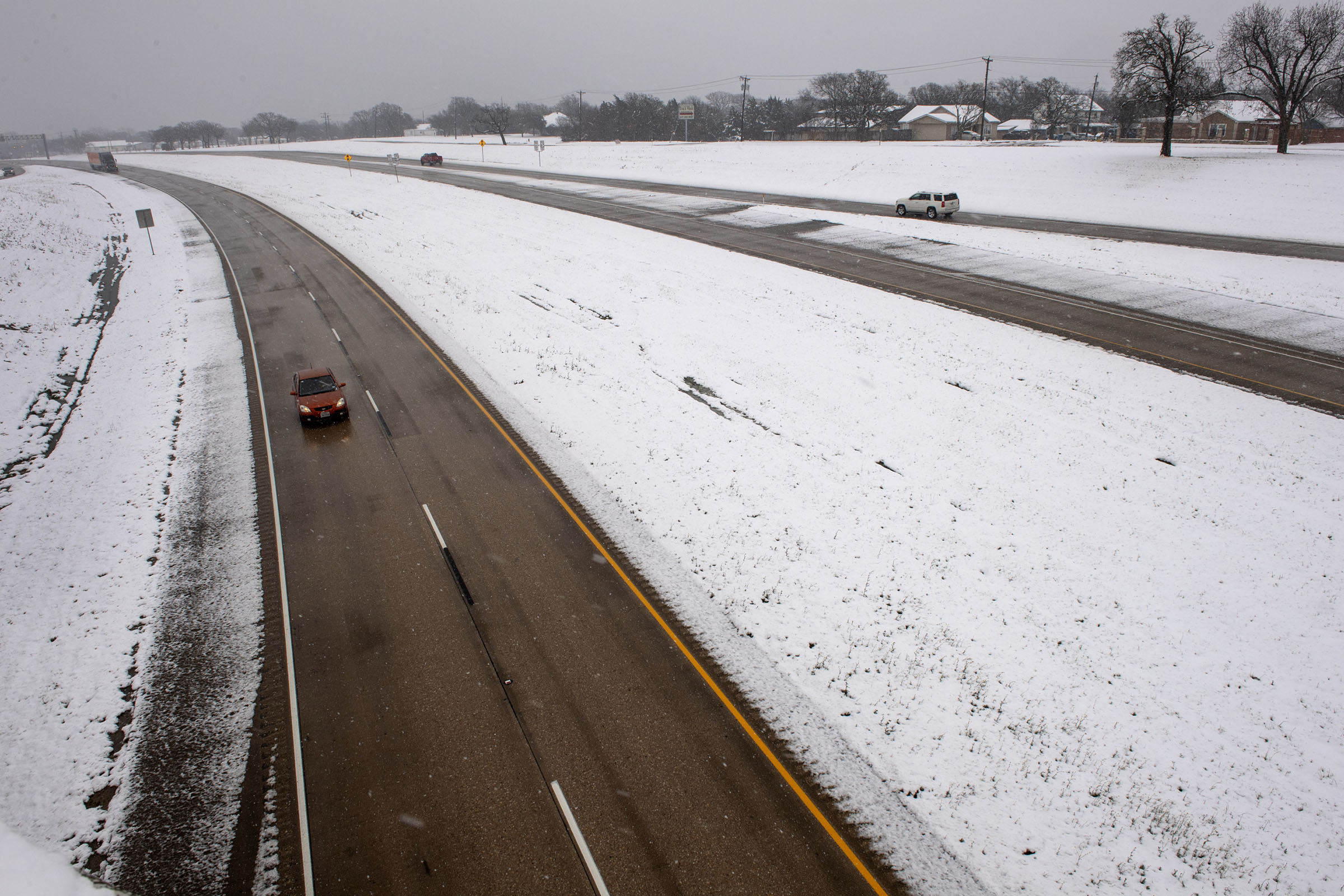 Snowfall on US 67 near Cleburne. Photo by Michael Amador.

In the span of a couple hundred miles between Glen Rose and San Angelo, the land goes from flat prairie to rolling hills to semidesert. In some places the elevation rises and falls dramatically, offering drivers a panoramic view of West Texas as it opens up on the horizon. It’s especially scenic early in the morning, with the first golden rays of sunlight fanning out from behind.

Onward along the highway, lush deciduous trees give way to scrubby cedar and prickly pear, and soon the land of dry arroyos and rugged outcrops appears. Meanwhile, picture-postcard little hamlets like Dublin, Comanche, and Ballinger pass by. Downtown Comanche, which looks like it was assembled on a studio backlot for a film about the quaintness of small-town Texas, is particularly appealing. Its centerpiece is the Comanche County Courthouse, a stunning limestone art deco style building constructed in the 1930s by the Works Progress Administration. 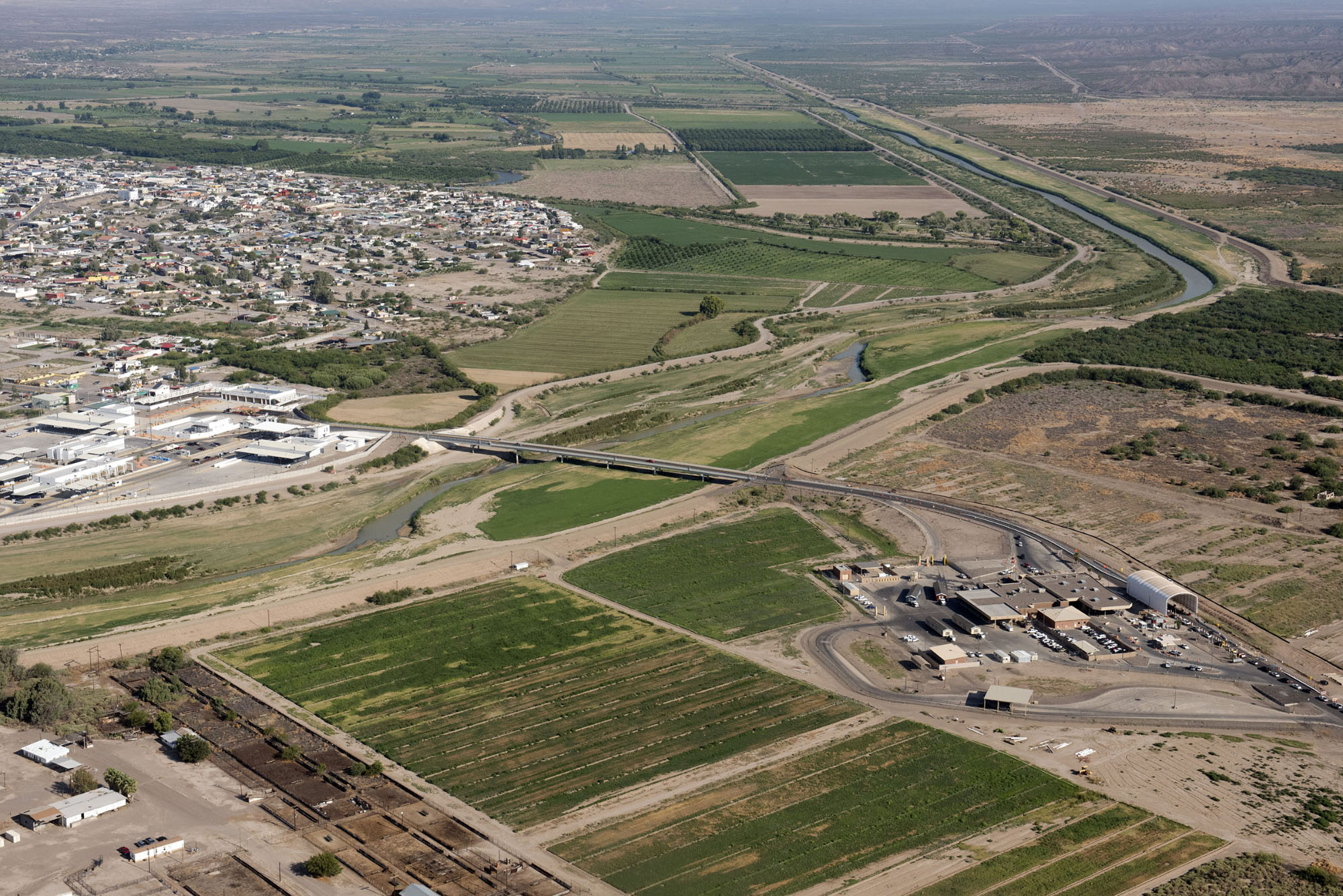 US 67 in Presidio. Photo by Kevin B. Stillman.

For those of us who have fallen hard for the romance of the open road, Texas piece of US 67 is a must-drive and a destination in its own right. No, it’s not nearly as renowned as its cousin from the same era, the famed Route 66, which runs through the Panhandle. But as someone who’s driven 66 from Chicago to Los Angeles, I can safely say 67—the part that cuts through Texas—is every bit as thrilling. All that’s missing are the cheap souvenirs.

So, the next time you’re heading southwest or northeast through our fair state, see if you can’t skip those red, white, and blue interstates for a while in favor of this historic black-and-white gem of a highway. It’ll add some minutes to your trip, but it will also do your soul some good.