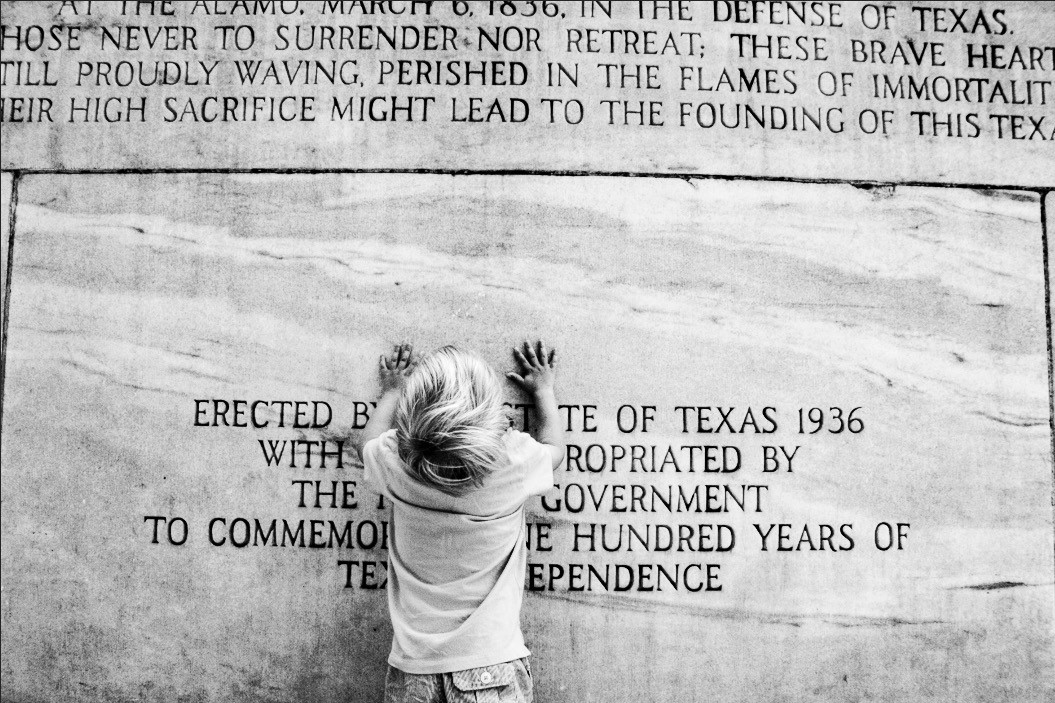 The battle of the Alamo is a living, breathing story. Its legend endures not only through written and oral tradition, but also TV and movies, and T-shirts and trinkets. This Texas Independence Day welcomes a new wrinkle in the narrative with the exclusive release of two songs from the Alamo Bootleg. This concept album, slated for release in July, features country musicians Charley Pride and Robert Ellis recounting the Alamo parable, with a focus on some lesser-known parts to the story.

Two years ago, Eric Steele, a partner at The Texas Theatre in the Dallas neighborhood of Oak Cliff, began writing what would become the Alamo Bootleg, an album of 24 songs that focuses on the wonder and complexities of the nearly 200-year-old battle. It wasn’t an intentional act, but instead a creative effort prompted by the death of his cousin, who had introduced Steele to the music of Lyle Lovett and the Grateful Dead, and was a devotee of Texas history. “He could look out in the fields and trees and explain the history of those trees and how they arrived in Texas,” Steele says, “That’s the kind of guy he was.” 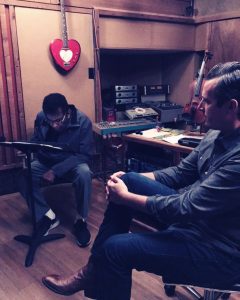 Steele hadn’t looked at his guitar in years, but he felt compelled to open his case and give it a go. In the beginning, he wasn’t sure what he was even playing. For him, it was an act of grieving and healing. Then two songs materialized, and the rest was history. “I was just writing music and song after song started to flow,” Steele says, “and as I was writing these songs, the imagery of the Alamo and mythological nature of that story [began to show up].”

The project soon became a collective, with Alec Jhangiani, co-founder of the Fortress Festival, and Josh Block, co-founder of Niles City Sound, joining as producers. Then came a team of musicians and guest vocalists, including Houston-born “piano man” Robert Ellis and the Country Music Hall of Famer Charley Pride. Ellis sings multiple tracks as Davy Crockett and Pride is an omniscient narrator who on the song “Gods and Texas” narrates the introduction to the story.

“Gods and Texas” by Charley Pride

As the Alamo Bootleg became a thing, Steele looked deeper into the story, researching and learning new details about the Alamo. The album traverses the stories of Crockett, William Travis, and other famous “Texian” defenders. Steele made a point to emphasize the plights of the women and people of color at the Alamo, like Susanna Dickinson, one of the few survivors, and Joe, Travis’ slave.

“These songs began to push me to research more and read more, unpacking the myth and looking at who these people were, examining their contradictions, celebrating their weird flaws while also celebrating the heroism,” Steele says. “It is heavily influenced and inspired by the Tejano experience and the African American experience [at the Alamo]. One of the central voices in this is Joe, who is a footnote in history. He was Travis’ slave, and that’s typically all we hear. That character is central to this entire album, and we dig deeper into his journey.”

In playing Crockett, Ellis says he wanted a genuine portrayal while also creating tension. “‘How do I say this in a way that makes it sound honest and true?’” he asks himself. “The fact that it is telling a story: ‘How do I do it in a way that is dramatic and maybe not what I would normally do in my songs?’”

“This is an exciting way to look into the specific characters,” adds Ellis, who in the song “Moses Run!” sings about the legend of Louis “Moses” Rose, who is reputed to be the only Alamo defender to leave before battle. “It’s not so abstract. When I’m looking at the lyrics to the songs, I’m thinking about what that actual person might have been feeling, rather than thinking about them as pieces of this game that was playing out.”

The Alamo Bootleg, though it focuses on untold aspects of the Alamo, is not a linear retelling. It begins with a band performing in a honky-tonk, singing the stories of the Alamo heroes before members of the band begin inhabiting the spirits of the lost men and women. The audience convenes with the souls of the old Spanish mission while also hearing from overlooked figures.

The importance of the “Texan” part of telling a Texas story shouldn’t be understated. After all, Texas country musicians like Willie Nelson (Red Headed Stranger) and Terry Allen (Juarez) helped usher the country genre into a place of high art. Steele may not have set out to create a country concept album, but he’s acutely aware of the Texas lineage.

“I sought out Paul Osborn and Audio Dallas, which used to be called Autumn Sound, which is where they recorded Red Headed Stranger,” Steele says. “It was very intentional. We did all our tracking there for that very specific purpose. I wanted to pay homage to that tradition, but I also wanted the spirit and the soul of that room.”

Steele says his experience with the Alamo Bootleg has changed his perception of the Alamo story and the people who fought in the battle. As he puts it, “William Travis being in debt in Alabama, on-the-run and [inexperienced] in the military made him a fascinating, sympathetic person—even with his flaws. That’s a more interesting hero to me than ‘the guy riding the horse.’”