The work complements The Contemporary Austin art museum’s exhibit on the “Hi, How Are You” icon 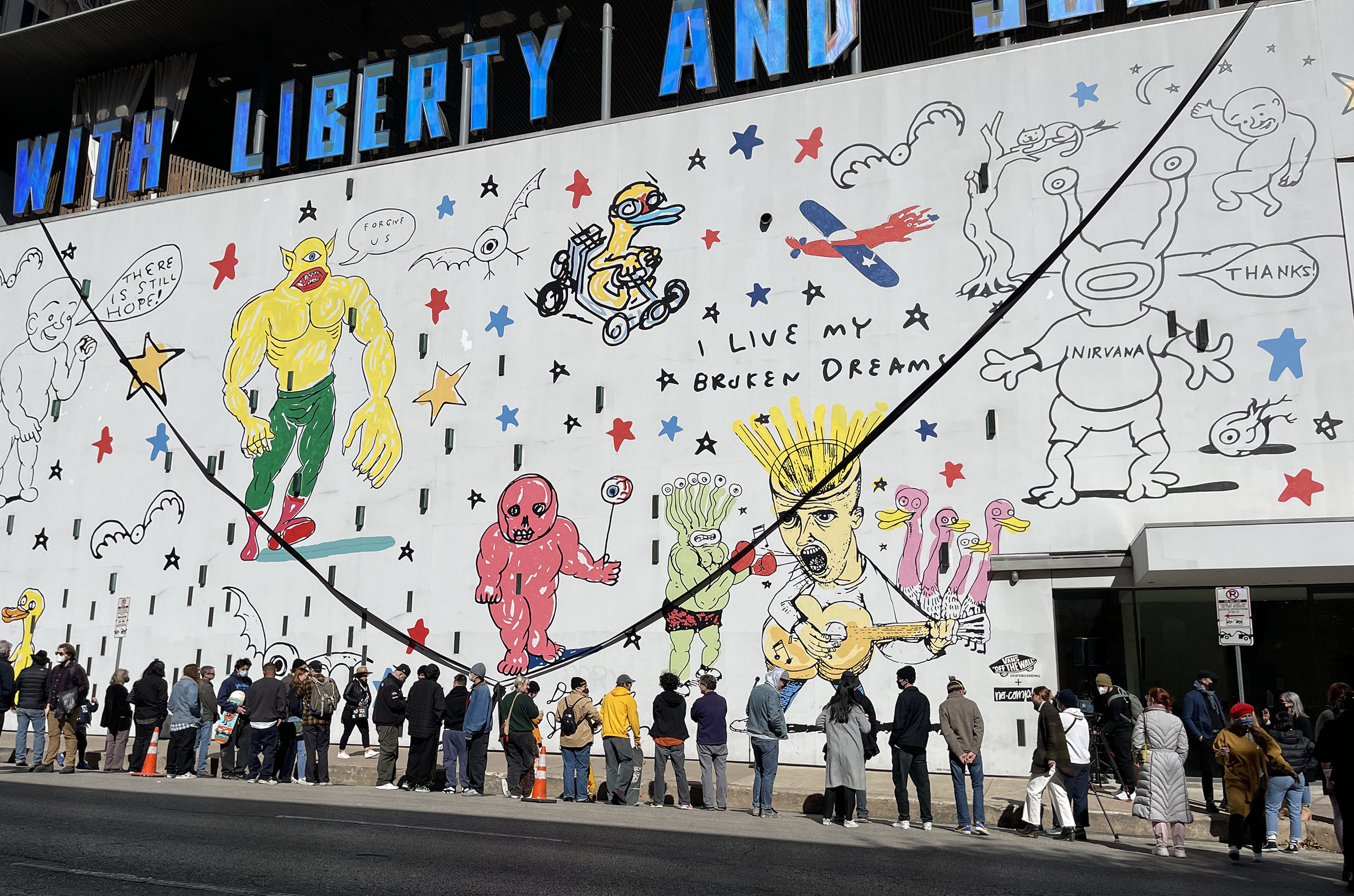 Last Saturday afternoon—on what would have been Daniel Johnston’s 61st birthday—The Contemporary Austin commemorated the late, great musician and artist with the debut of a new mural in his honor on the exterior wall of the downtown museum at 7th Street and Congress Avenue. The work was created in response to the popularity of the exhibit inside, Daniel Johnston: I Live My Broken Dreams, and the limitations placed upon it. The mural features some of the beloved characters Johnston began creating in the early 1980s as art for the cassette tapes he handed out to customers at the McDonald’s near the University of Texas campus, where he worked.

“When you think about Daniel Johnston, you think about somebody who is about as Austin as Austin gets,” said Austin Mayor Steve Adler in his remarks. “In so many ways, he’s at the intersection of what is real in this city and what is part of who we are.”

The event was an elevation of Johnston’s life and art. On September 11—the anniversary of his passing—the museum opened I Live My Broken Dreams. The show is a treasure trove of assorted recordings and a remarkable quantity of cross-disciplinary artwork dating back to his youth in West Virginia. The display supplies context for his known work, including the famous “Hi, How Are You” mural he created in the early ’90s at the corner of Guadalupe and 21st, at what used to be the Sound Exchange record store. The ribbon-cutting ceremony for the stunning, new mural is a well-earned capstone for this collective effort involving local skate shop No-Comply, lifestyle brand Vans, and The Daniel Johnston Trust. 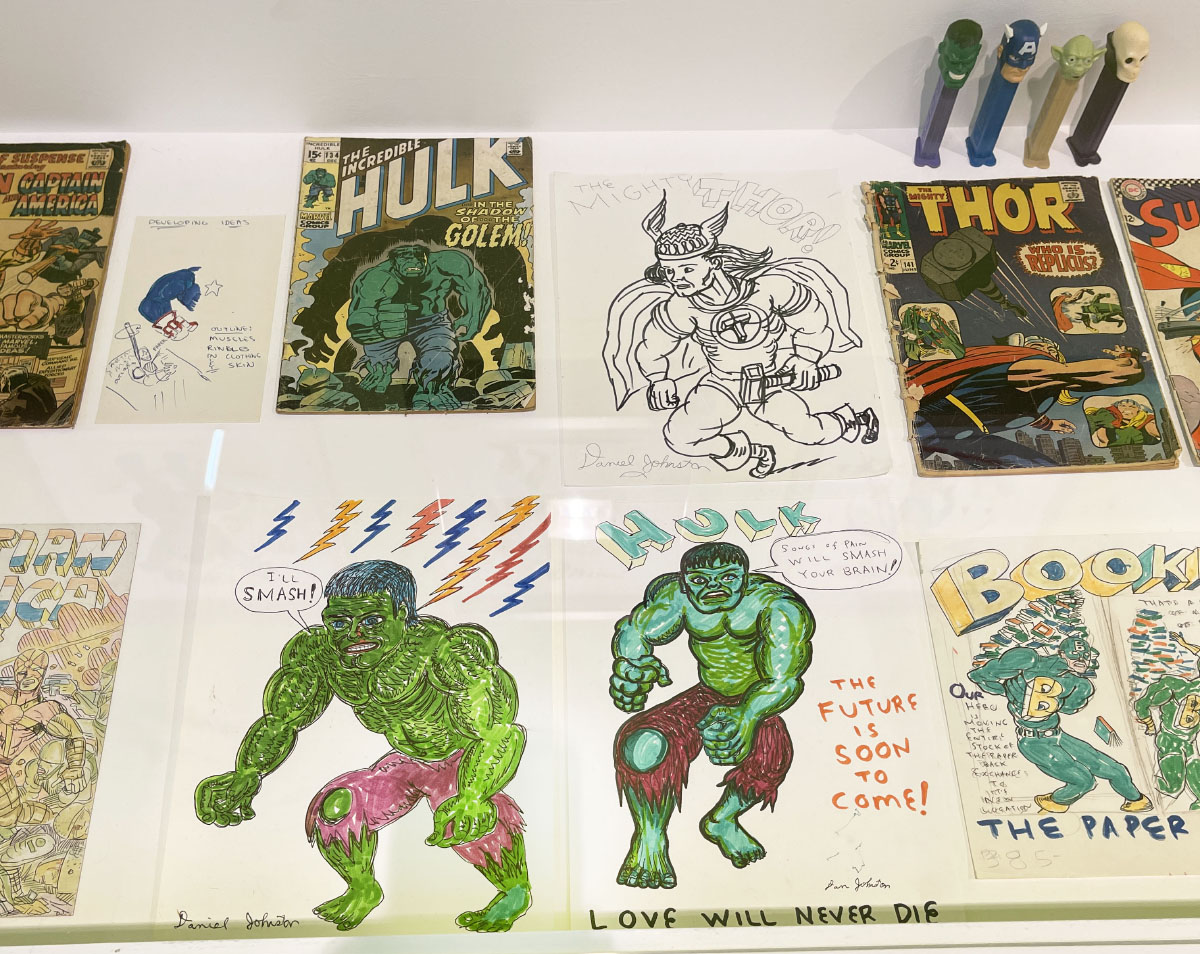 “This has just been truly Herculean,” explained sharon maidenberg, the Contemporary’s executive director and CEO, taking into consideration the constraints of COVID-19. “The hardest part, frankly, is how many people want to come and see the show that we need to turn away because of our [limited] capacity. Part of the strategy for the mural was actually to provide a really meaningful way to engage with the work without necessarily having to go inside.”

The exhibit lives on the museum’s first floor and is staged to present the chronological progress of Johnston’s life and career. Press clippings and the NME magazine with late Nirvana vocalist Kurt Cobain wearing a “Hi, How Are You” shirt on its August 1992 cover are laid in glass casing. Much of Johnston’s early art into adulthood contains vivid, running motifs, including severed but bloodless appendages, open heads with specific messaging, and deeply seated morality plays. Among the most intriguing works are his interpretations of comic book characters—both already existing and self-created heroes—and their role as exemplars of virtue against an all-consuming evil. 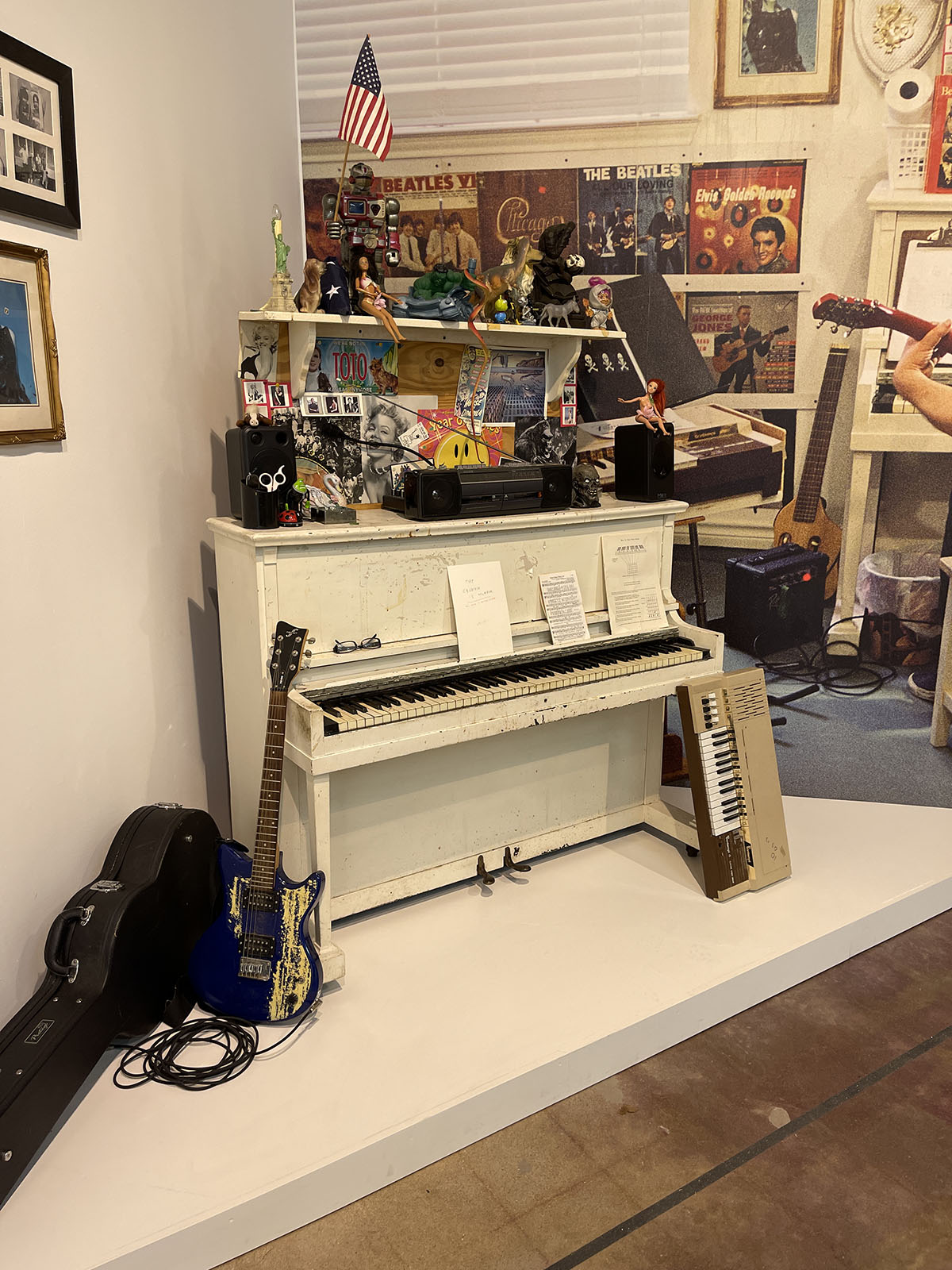 A re-creation of Johnston's studio, on display as part of the exhibit 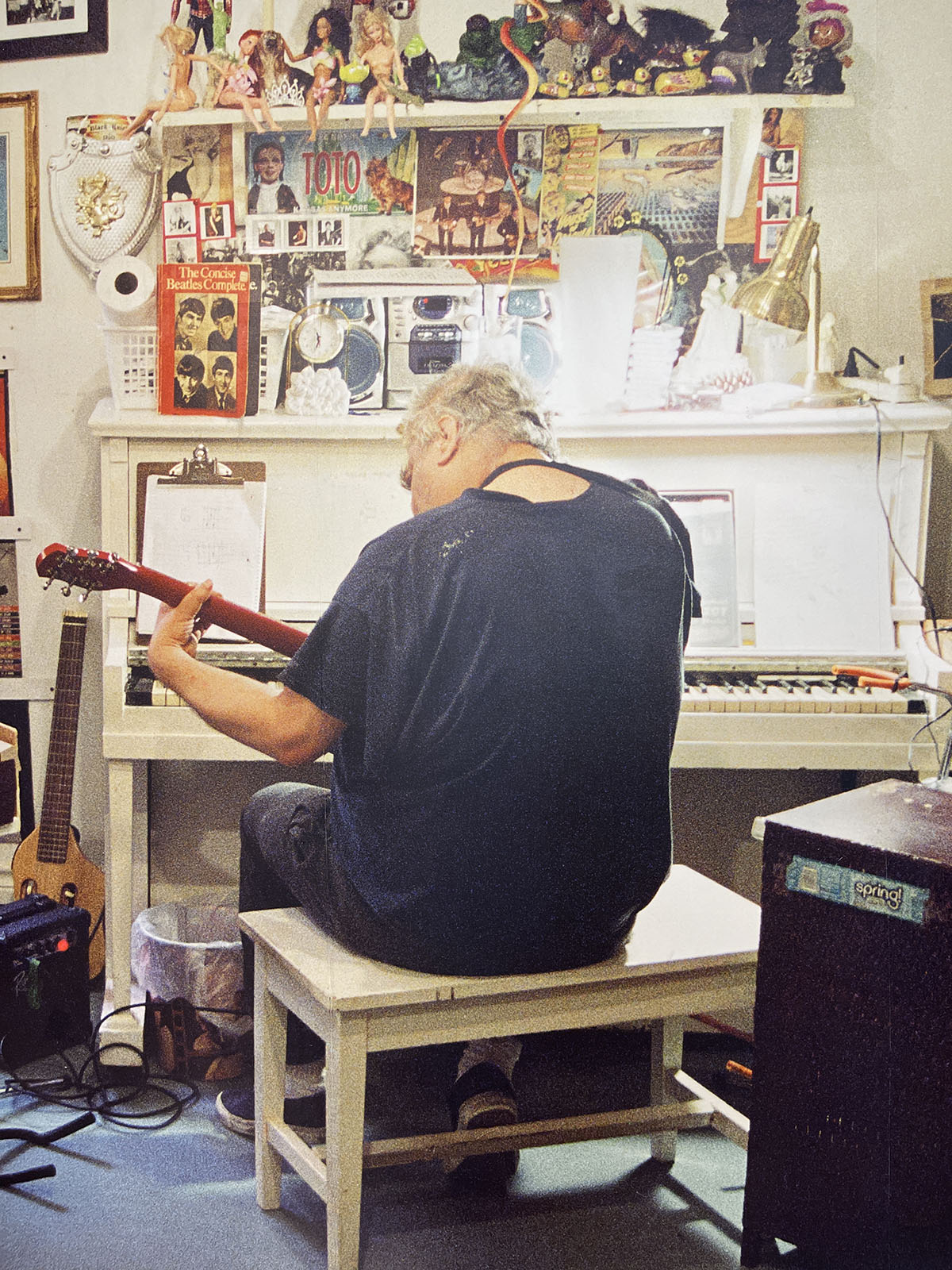 Johnston in his studio, in an undated photo on display at the museum

The exhibit also displays his famous tapes—albums like Yip/Jump Music and Retired Boxer—each with unique cover art. The artifice-free, Beatles-influenced music contained therein is realized with a large screen showing Johnston, the musician, in performance. At the same time, overhead speakers document other spoken recordings. Instruments, including Johnston’s piano, expound on the multidimensional nature of the exhibit.

The Contemporary’s showing represents the impressive Johnston collection in its first extensive museum-specific environment. Visitors, even hardcore fans, will be able to see many of his creations for the first time.

The exhibit presents Johnston as he meant to exist—in a constant state of questioning. There is an early drawing of him asking himself and the viewer perhaps the existential question, in a peculiar and yet perfect syntax: “Once you exist, you will always be?”