Founding members, who formed the group in the early 1970s, play together for the first time in almost a decade 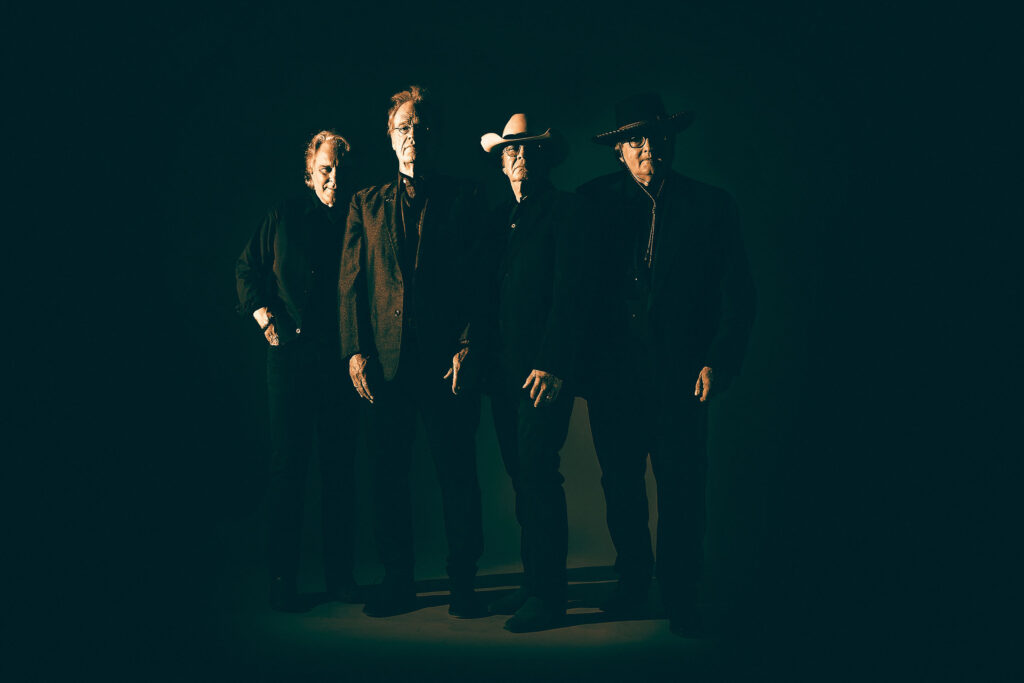 The old band getting back together again is a familiar trope. But this isn’t any old band. This is the Lost Gonzo Band, the OG players behind Michael Martin Murphey and Jerry Jeff Walker who launched the great progressive country paradigm shift in Austin back in the early 1970s.

On Oct. 22, the band reunites for a show at Gruene Hall, with founding members Bob Livingston, Gary P. Nunn, and John Inmon, along with drummer Freddie Krc taking the stage together for the first time in nine years, to pay tribute to Walker, who passed in 2020. More shows are expected to be announced soon.

The formation of the Lost Gonzo dates to 1972, when Livingston and Nunn backed up Michael Martin Murphey on his albums Geronimo’s Cadillac and Cosmic Cowboy Souvenir.  “Cosmic Bob,” as Livingston was known, was the inspiration for the latter album’s song “Cosmic Cowboy Pt. 1,” the mythic figure behind a strange mix of country, folk, and rock that for lack of a better description became known as Texas Music.

Livingston, Nunn, Kelly Dunn, and other musicians were hired by Jerry Jeff Walker to play on Viva Terlingua, the landmark1973 live recording at Luckenbach Dancehall that had the nation buzzing about this rowdy country-rock-folk music coming out of Texas. Nunn’s anthem from that album, “London Homesick Blues,” became the official theme of Austin City Limits. (Inmon did not play on Viva Terlingua, but joined Livingston and Nunn on Walker’s Collectibles and other Walker albums.)

With Walker, who wrote the American classic “Mr. Bojangles” in his previous incarnation as a Greenwich Village folkie, the Lost Gonzo got so big so fast, they were flying to and from gigs in private jets while Willie and his boys were still tooling around in a Winnebago. Between 1972 and 1979, the group made three albums and three appearances on Austin City Limits.

With the passing of Walker last October—and a memorial show at Luckenbach earlier this year, with the Lost Gonzo conspicuously absent—the four musicians decided to go full gonzo again at Gruene Hall. It’s their not-so-subtle way of reminding people of their trailblazing roles almost 50 years ago, articulating a raucous sound that is still being embraced and reinterpreted today.

These days, Inmon produces others at his Bastrop studio and plays live with bands around Austin; Krc has the Steady Boy record label; and Livingston and Nunn tour relentlessly. Before their Gruene Hall show, the group members spoke to Texas Highways about getting the band back together, memories of working with Walker and Murphey, and some unfinished business.

Texas Highways: Why get the band back together?

John Inmon: Because we can.

Bob Livingston: I realize now what we did. We played on all this material. When the Lost Gonzo Band left Jerry Jeff in 1977 and went out on our own, we thought we’d play our own stuff. We didn’t embrace the music we already played like “LA Freeway,” “Sangria Wine,” “Geronimo’s Cadillac,” or “Cosmic Cowboy” that we played on in the studio, and played all over. We didn’t do that. So now we’re gonna do it.

Gary P. Nunn: We’re going to focus on the more popular Jerry Jeff songs, plus the ones we wrote that he recorded [including Nunn’s “London Homesick Blues”] to remind people we wrote some of that material, and pay tribute to Jerry Jeff and to Michael Murphey… Far as I can tell, we made a contribution that was seminal to the Texas Music scene. We gave them a roadmap to follow and I think a lot of people have followed the work that we did.

TH: Murphey gets forgotten in the equation, but along with Jerry Jeff Walker, it was these two guys and this one band—you being the band—that could get people dancing and all excited.

Inmon: Michael and Bob came from California, and Jerry Jeff came in from Key West, and formed this hybrid with a bunch of rock guys playing these folk songs and country songs. It was a mishmash of these styles. We had no idea; we were having fun and trying to make the best music that we could. It suited Michael and Jerry Jeff just fine. They seemed to enjoy the music we were bringing to their songs. The players were going, “These guys can really write. They’re great, and well known already.” It was a beautiful opportunity that fell together very organically.

TH: Does the band feel forgotten?

Inmon: There’s a particular art to playing behind singer-songwriters, especially as an ensemble. We had been doing it a while, so it was kind of easy to go in and out of different peoples’ trips. But we were all writing, too, and we allowed ourselves to be left behind.

Nunn: It was gonzo.

TH: Where did the Gonzo name come from?

Livingston: We played Castle Creek in Austin a lot. I introduced the band and I’d come up with a different name every night, like “Jerry Jeff Walker and the Unborn Calves.” I was reading Hunter S. Thompson’s Fear and Loathing in Las Vegas—it was gonzo this, and gonzo that, gonzo states of being. So, I introduced the band one night as the Lost Gonzo Band. Jerry Jeff looked over and said, “I like that!” He said, “Introduce me like that from now on.” And we did.

TH: What are you saying to Jerry Jeff with the Gruene Hall performance?

Krc: It’s our opportunity to pay our respects to Jerry Jeff because we didn’t get the chance to.

Inmon: All of us got a lot from our association with Jerry in a lot of different forms of education. He didn’t realize it but he was a good teacher. He also provided opportunities for all of us to grow professionally and musically and personally. There’s a lot of gratitude there. It would embarrass him now to say all this to him, but there it is. That’s what’s in my heart.

TH: What was it like playing with Jerry Jeff?

Inmon: There’s a certain kind of chemistry that kind of happened. The Gonzo band embodied that. It was a “whole Is greater than the sum of its parts” situation. It was falling off the edge of a cliff and seeing what happens. We never rehearsed. There was never a set list. There were two rules: watch Jerry, and don’t stop.

TH: Why do you think you worked so well with him and Murphey?

Nunn: Jerry Jeff and Michael were strong personalities. You never knew what they were going to do. As musicians, we had a special ability not only to surrender to them as the artist, try to back them up best we could. But we also surrendered to the song. We were all totally focused on the song, and we surrendered to it. That made these tracks real. And the realness of it is what gives them their power to be relevant today. In my opinion, anything that’s really real will last forever.

Inmon: We spent a lot of time together as an ensemble. You grow this inner instinct: “OK he’s going to go over here….the song is going to get quiet here…” But there was never a word said. We just felt it. The song told us where to go.”

Livingston: And it was live. Jerry Jeff’s and Michael Murphey’s songs were all recorded practically live. We might go back into the studio for vocals and overdubs, but the recordings were pretty much the ensemble there, raw and funky.

Inmon: I wasn’t on Viva Terlingua but I was on the followup, Collectibles. And Jerry didn’t want to do a slick studio record that the companies were wanting to put out. He wanted it warts and all. We’d go to the studio about 1 o’clock in the afternoon and we’d cut tracks of these songs that were spot on. But he’d wait till about 2 or 3 in the morning and use that cut, because it had the most honesty to it. He didn’t want it perfect. He wanted some grit. And that’s what he got.”

TH: Why did the band break up?

Inmon: The more money Jerry made, the crazier he got. He really put us through the ringer, emotionally and physically, our lives at risk. That was pretty grueling. So we left him. We had the contract with MCA Records, so we struck out on our own. We spent two years trying our hardest but it just wasn’t going anywhere.”

Livingston: We had management that had a completely different idea who and what we were. The last gig was in 1979 in Wichita, Kansas, at the Cotillion Ballroom. Ray Wylie was on the same bill. They had a big fight. We weren’t making money. I had two kids back home, the van broke down. We came back to Austin wondering what we’re going to do. And Ray Wylie called me in the middle of nowhere and asked if I could play bass, then he asked me to join the band. I called John and Paul Pearcy and we became the Ray Wylie Hubbard band.”

TH: And now, the Return of the Lost Gonzo band.

Livingston: We want to take credit for some of that Texas Music magic. We were the soundtrack. We were “the Austin interchangeable band.” If anyone deserves to play these songs, it’s us.