The Surprising Popularity of Carp Fishing in Texas

Sometimes scorned as bottom feeders, carp thrive in Texas and are popular among anglers who like their fight. 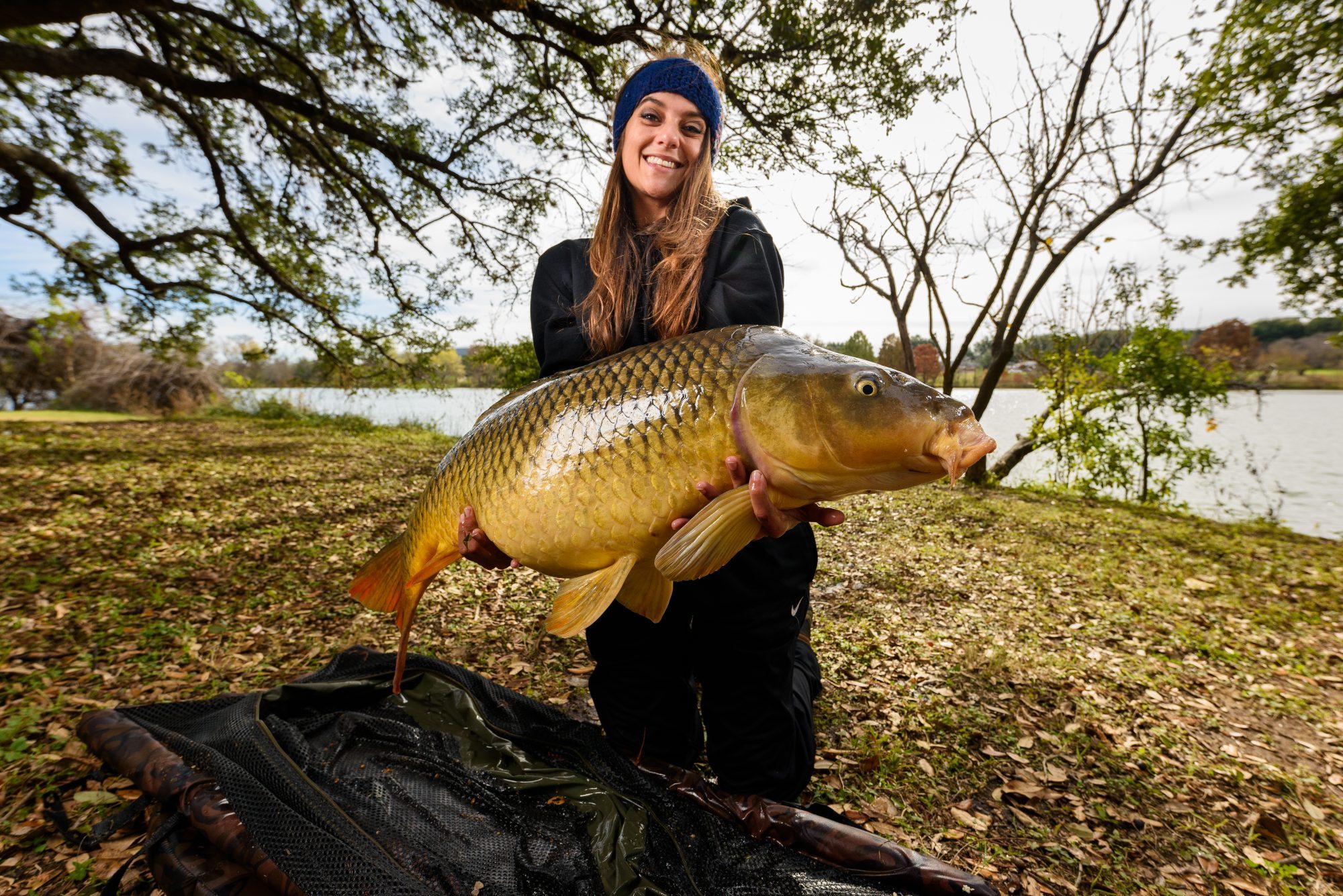 Siobhan Fairchild molds a fistful of what looks like pink oatmeal into a ball, tucks a thumb-sized hook into the fragrant bait, and launches it into Austin’s Lady Bird Lake using a 12-foot rod.

Fairchild, an Austin school teacher, is hooked on carp fishing. She and her boyfriend, Lee Fenner, spend hours on the banks of Texas lakes, fishing for the big, oft-vilified bottom feeders that some fondly refer to as “suburban salmon.”

Austin, it turns out, is a hotspot for carp fishing. Fairchild credits social media (follow @austincarpangler) for spreading the word about the sport—that and the size of the fish. A 6-pound fish is big in the bass world; that’s small for a carp. The state record was a 43.75-pounder pulled from Lady Bird Lake. Other popular carp fisheries are Lake Walter E. Long east of Austin, Lake Fork near Dallas, Canyon Lake near San Antonio, and Buchanan Lake and Lake Travis in the Hill Country. 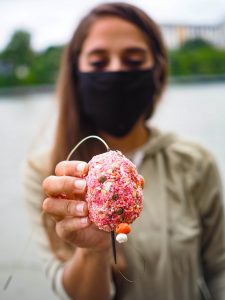 Europeans, who have a long history of the sport, brought the fish to the United States in the 1800s. They loved the fight the fish put up. The Europeans also ate them for dinner.

In Austin, the U.S. Fish Commission established a carp hatchery near Barton Springs in 1881. But some wrongly believed carp threatened native species, and the commission was abolished four years later, according to Aaron Reed’s book, Fly Fishing Austin & Central Texas.

Today non-native common carp are ubiquitous in lakes and rivers across the state, and carp fishing has grown in popularity. Experts consider Lady Bird Lake one of the best carp fisheries in the world, and it draws anglers from around the globe.

Both Fairchild and Fenner, who works as a fishing guide, practice what’s called Euro-style carp fishing. They cast homemade bait balls 50 or 60 feet into the lake, where they slowly dissolve and draw in carp.

“I like it because the fish are really big and there’s so much detail involved in fishing for them, rather than just sitting with a pole on a dock,” Fairchild says. “I’ve lived here my whole life and had no idea these fish were in here.”

In Texas, some people learn to fish for carp by crumbling bread between their hands and throwing it in with a hook. Real afficionados make their own bait, using everything from corn, oats, and Jell-o mix to Mini Wheats and Big Red. Lucky anglers are rewarded with a fight that some compare to that of a redfish. 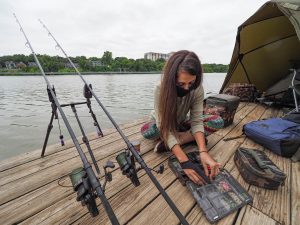 Fairchild and Fenner bring a portable awning to protect them from the elements when they fish, and a campstove to heat water to make espresso they sip as they wait for the fish to bite.

Carp also make good eating. They’re popular in Europe, though less so in the United States, where some complain of a muddy taste. Fenner and Fairchild release what they catch, but if you decide to eat carp, you’ll need some patience to pick out the tiny bones. If you’re looking for a guide, check with Austin Carp Angler, whose members can show you the basics.