To honor the Oscar-winning actor on his 74th birthday, take a journey through his Texas-made films 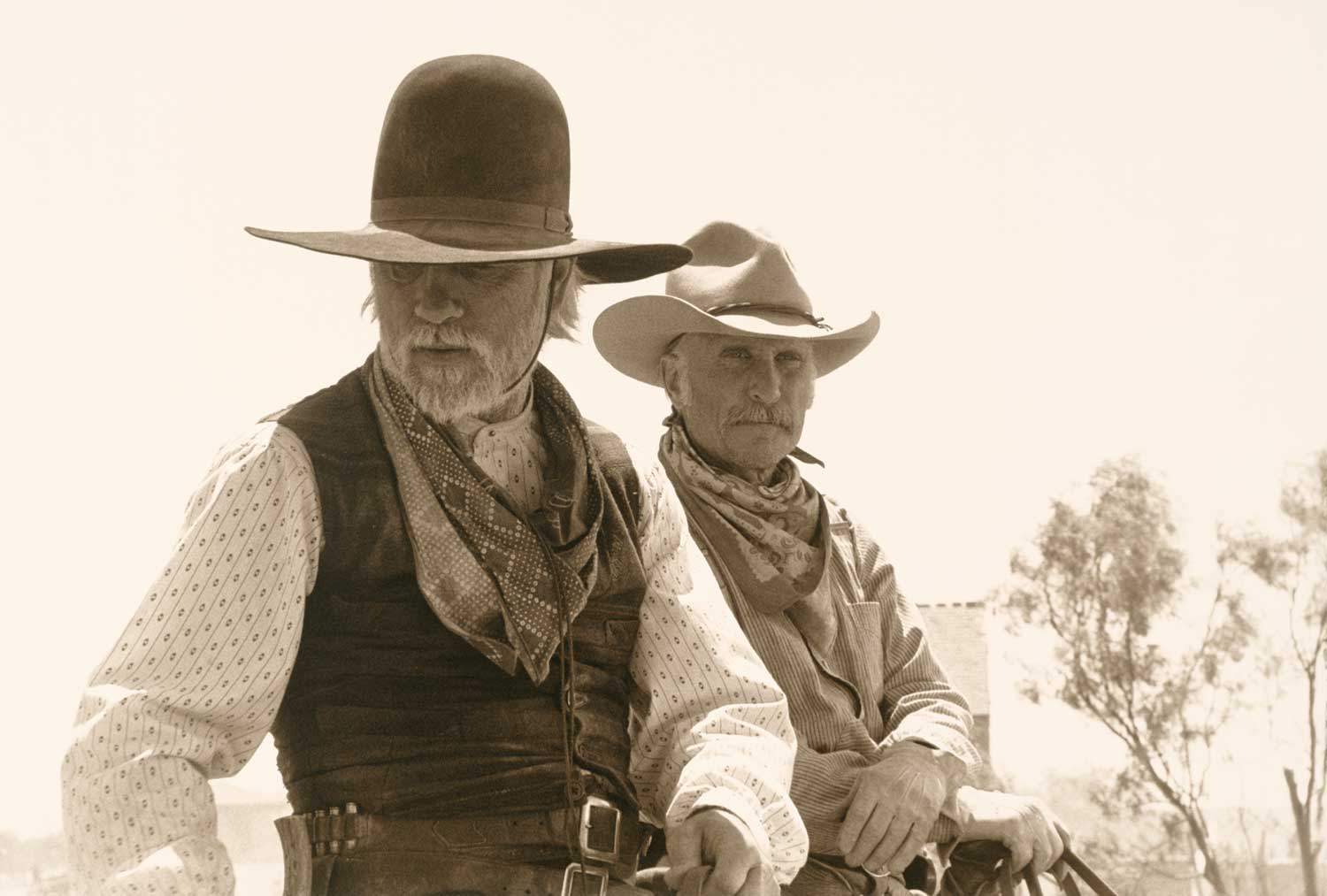 No actor is more closely associated with the Lone Star State than Tommy Lee Jones. (That’s right, not even Matthew McConaughey.) As the San Saba-born, Midland-raised silver screen icon celebrates his 74th birthday, what better time to assemble a road map of his cinematic adventures within our borders?

But first, let it be known that Jones is not an actor of the green-shaded areas of Google Maps. He is a man of beige, with a natural habitat of desiccated ranches and small towns, red canyons under blazing suns, llanos, and prickly pears. A javelina is his spirit animal. Yes, occasionally we find him in big city roles, but what, to any true Texan, are such films as The Fugitive or Men in Black when set against our touchstones like The Three Burials of Melquiades Estrada, No Country for Old Men, and Lonesome Dove?

So, bucket up and let’s hit the road.

Man of the House (Austin)

We begin our Jonesian journey in Austin, where Texas begins to physically assume the actor’s craggy countenance, put to comic effect in 2005’s Man of the House. This crime caper finds Jones portraying a Texas Ranger who goes undercover at the University of Texas. Decked out in burnt orange sporting ensembles, he takes on the guise of a coach to a squad of endangered cheerleaders who witnessed a murder. Texas Monthly’s Skip Hollandsworth decreed it one of the worst films ever to have been shot in Texas. And—(starts watching trailer)—well, um, maybe he has a point.

From the capital city we scoot south on Interstate 35 to San Antonio, where Jones’ gritty 1977 return-from-Vietnam revenge flick Rolling Thunder was shot. Jones plays a supporting role to William Devane’s mistreated veteran. Scenes were shot in and around San Antonio, including the former Missouri Pacific Station. Legend has it that the film’s infamous bar-room brawl took place in a Pearsall saloon—local dive Location 581 Saloon seems a good bet. It resembles your average 1970s beer joint and still allows patrons to smoke inside. Now that is period detail.

Next, we head west 90 miles to the remains of Alamo Village in Brackettville for a key scene from early in the Lonesome Dove saga. There, in a saloon in the shadow of the faux Alamo, a bemused Woodrow Call looks on as compañero Gus McCrae (played by Robert Duvall) famously whacks a surly bartender. Call’s own epic “I hate rude behavior in a man” beatdown would come far up the trail.

In the years after John Wayne’s Alamo premiered in 1960, a whole vintage Western town sprang up around the Alamo replica. It was in those buildings that Jones shot some scenes for his directorial debut, 1995’s made-for-TV adaptation of Elmer Kelton’s The Good Old Boys, a lament for the death of the Old West. And now Alamo Village—a replica of that lost Old West—has closed down, too.

And, so we head deeper into far West Texas. While Jones’s career might not be associated with the real Texas Triangle, he owns the little Texas Triangle of Far West Texas—Alpine/Marfa/Fort Davis. Along with Fort Davis, Alpine appears in The Good Old Boys, but Jones’ real-life shenanigans overshadow the town’s appearance in that film. In 1991, he was kicked out of his suite at Alpine’s Holland Hotel for “bad behavior.” Well, at least it wasn’t rude behavior. We hate that in a man.

No Country for Old Men (Marfa)

While the more urbane scenes in No Country for Old Men were filmed in Marfa, the best spot to conjure Jones’ spirit in that movie would be in Big Bend National Park. Picture the red and rugged Chisos Mountains towering over a Chihuahuan Desert alive with creosote, cactus, sotol, and yucca. Face it, Big Bend is peak TLJ in terms of landscape-matching countenance.

We wrap this now 700-mile journey in Van Horn, partially the scene of Jones’s cinematic directorial debut: the 2005 Cannes-winning The Three Burials of Melquiades Estrada.

While much of the movie was shot on the director’s far West Texas ranch, one publicly accessible exception is Lindsey’s Cafe, formerly known as the Sands Restaurant. The classic motel diner dates back to the days before interstate travel, and both motel and diner figure prominently in the film’s action, and said action brings up a point—is Tommy Lee Jones the only actor ever to have twice portrayed a lawman who transports the body of a friend, on horseback, to its proper burial spot?

Paraphrasing Bum Phillips, another uber-Texan, if he’s not the only man in that class, it sure don’t take long to call roll.