The long-term impact of hot, dry weather finds some flower producers having to cut back on services for florists and visitors 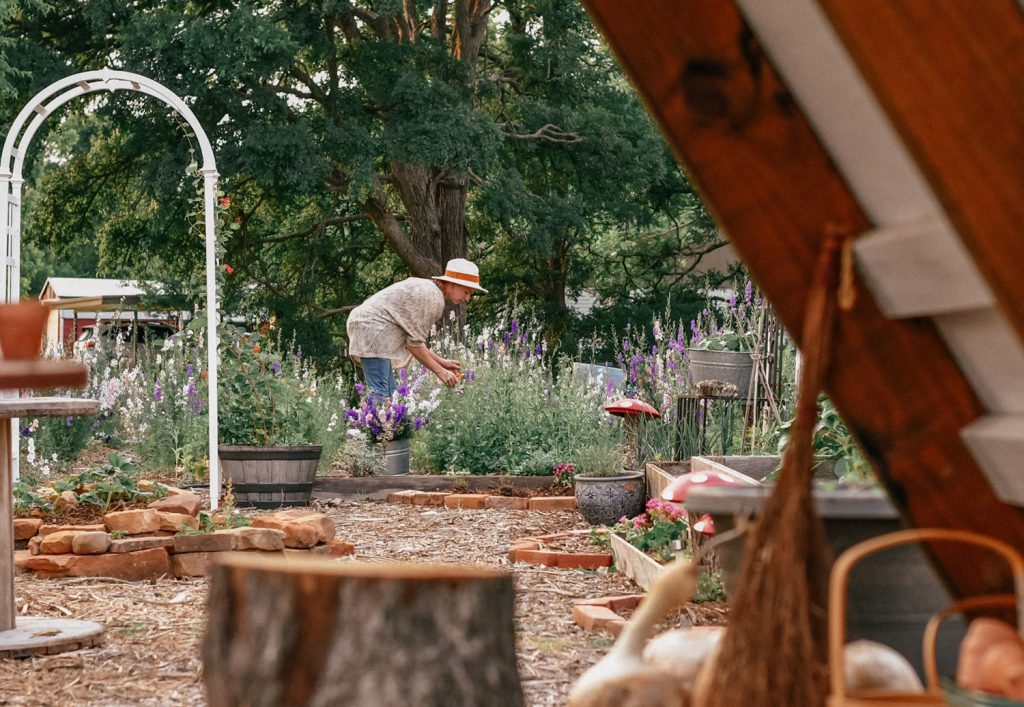 For months, drought and extreme temperatures have gripped Texas. After a drier than normal winter and spring, summer temperatures have soared, with weeks upon weeks of triple-digit temperatures and hot soil. And while the drought has been a blow to agriculture across the state, one particular industry has found itself in a fix: flower farmers.

“In a normal year, we grow literally thousands of plants on half an acre,” says Sarah Jo Ebersoll, owner of Everbloom Fields, an urban farm in Lancaster, just south of Dallas. Her flowers are grown for the floral industry, with the flowers cut and arranged in vases. “We have a subscription service where we deliver bouquets to people’s homes, we go to the farmers market, we do events like weddings or the Dallas Museum of Art,” she says.

All of those money-making endeavors have had to be put on hold this year, Ebersoll says. Harvesting cut flowers has to happen in the early morning for them to keep their colors, and they have to be kept in cold storage—creating massive energy costs. At Ebersoll’s farm, plants are watered from city water, not groundwater, making water more expensive. And practically every day, they had to repair expensive irrigation lines chewed by wild animals desperate for water.

By the end of July, with no rain in sight, the farm completely shut down production for the summer. “There was a point, where the price of water, electricity, and labor costs of trying to fix our irrigation, we were losing money,” Ebersoll says. “So at that point it was a pretty easy call.”

Amelia Nolan of Orchard Hollow has had a similar experience. The dry winter and spring produced fewer blooms than usual at her small farm in Moody, just outside of Waco. When the temperatures spiked and rain stayed away, they went into “survival mode” to avoid using too much water, canceling workshops and flower-picking days for visitors.

“We weren’t even worried about getting blooms,” she says. “We cut all of our plants down and mulched their roots just to keep them alive.”

During Blanco’s popular Lavender Festival this June, temperatures in the Hill Country hit 105 and the usual purple fields didn’t appear, says Tash Corradini, owner of Hill Country Lavender, a boutique farm in Blanco. The  drought has largely curtailed visits from people arriving to pick their own lavender. That’s not a huge problem in itself: the farm’s main business is a line of 80 products, including lavender soaps, lotions, and sprays. Most of that stock was made from lavender oil and parts collected during good growing seasons. But the damage done from this year’s drought means that the next few years could be very lean.

“We’re going to have to work with outside lavender farmers to make our products for next year,” Corradini says. “Down the road it’s definitely going to impact what we’re able to make.”

Even as a line of late-August storms have lashed much of Texas, bringing much-needed rains, flower sellers are having to weigh their next steps for a state where drought maintains a stubborn grip—and where long-term trends predict hotter summers and even longer dry spells.

Nolan is toying with the idea of refocusing on much hardier native wildflowers. “We’ve seen which plants seem unaffected by the heat, and that’s encouraged us to find more of these drought tolerant plants,” she says. “Basil was completely fine. Some of our flowers from the amaranth family were fine while everything else was just dying. We’re looking into more stuff like that.”

“We have savings now to see us through the loss of income for these months,” Ebersoll says, “but it’s hard to tell how long that will help if we continue to be unable to reliably grow crops.”