To Preserve a West Dallas Neighborhood’s History, Artstillery Performs in Its Shotgun Houses

In partnership with the Nasher Sculpture Center, the performance group's show 'Family Dollar' relives the stories of 'Devil's Back Porch' residents 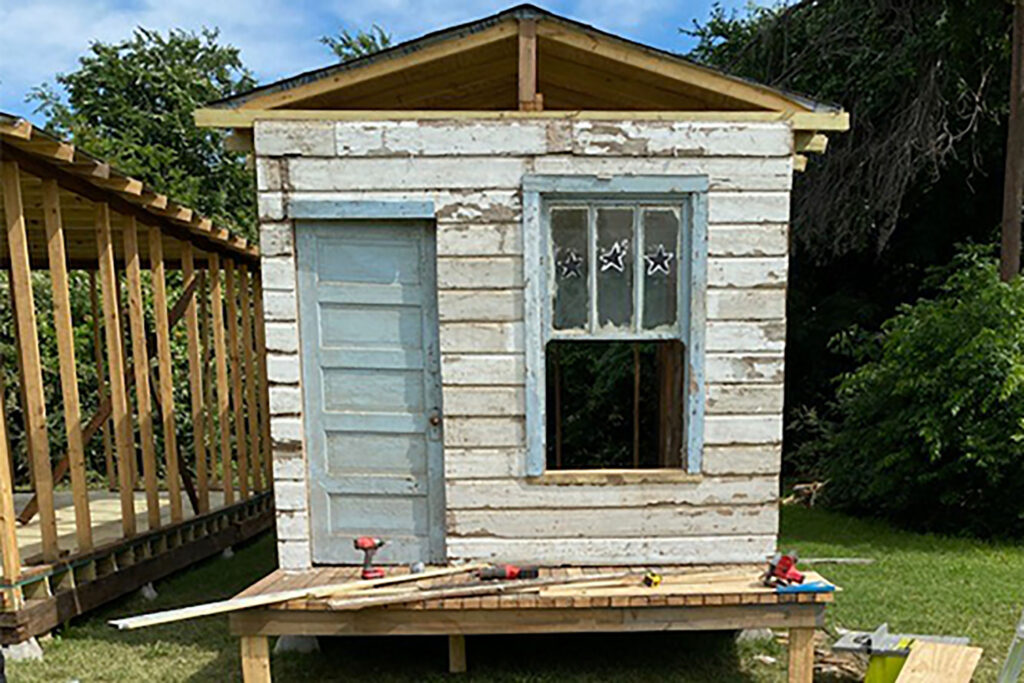 One of the reconstructed shotgun houses used in the set for “Family Dollar.” Photo courtesy the Nasher Sculpture Center.

Once known as the “Devil’s Back Porch” because of its poverty and gang activity (Bonnie and Clyde grew up there during the Depression), West Dallas evolved to include a post-World War II enclave of African American families who lived along three blocks of West Main Street, across the Trinity River and west of downtown Dallas. Today, the neighborhood’s remaining historic shotgun houses are imperiled by gentrification, but a unique form of public art could help preserve the neighborhood.

Founded in 2016 by writer and director Ilknur Ozgur, Artstillery is an experimental performance nonprofit that empowers marginalized communities. The company has partnered with the renowned Nasher Sculpture Center to produce Family Dollar, an immersive performance experience that opened last Friday and runs through July 31.

The production is staged in three shotgun houses partially reconstructed from materials (outer boards, windows, doors, and facades) salvaged from two houses that were scheduled for demolition two blocks from the production site. The script of the show is culled from the true stories of more than 25 current and former Black, Hispanic, and white residents, and it is performed by professional actors. After the show, audience members have the opportunity to discuss the performances with the actors.

“As we look to preserve and educate others about the rich history of our West Dallas community, particularly here on West Main Street, the vision and passion of Ilknur to bring life to community stories that may have been lost or overlooked due to various transitions is above and beyond amazing,” says Pastor Hersey L. Hammons III, who leads the community’s anchor, the 80-year-old Lone Star Baptist Church. Performances are staged adjacent to the church, at 323 W. Main St. (via the landmark Margaret Hunt Hill Bridge).

The project’s title is derived from a journal entry of a former resident who wrote about her shopping trips to the nearby Family Dollar discount store, one of the few places she felt comfortable and could afford items. It also represents how $1 can prevent someone from purchasing the new tires they need to get to work or the difference between getting on a bus or not.

During the performances, visitors can walk around the three reconstructed shotgun homes and follow stories simultaneously unfolding in each home.

“It’s a wonderful mix of stories about how Mexican and Black neighbors really got along and took care of each other,” says Ozgur, who lives in West Dallas and initially created Family Dollar and Artstillery five years ago as a workshop. “Artstillery was created out of an understanding that there weren’t any platforms for communities like this to share their voices and uplift them and be a direct component for creating those works.”

As for the Nasher Sculpture Center’s involvement, the project fit comfortably with the center’s goals for promoting public art in North Texas. It’s also the first in an ongoing series of offsite projects for the center’s Nasher Public program.

“I talked with Ilknur about this project they’d been working on for five years and it just blew me away,” says Jed Morse, chief curator at the Nasher. “It’s such an incredibly powerful project that shows an extraordinary commitment to the neighborhood and the people who live there. Nasher can provide exposure and outreach and expand the possibilities to reach larger audiences.” 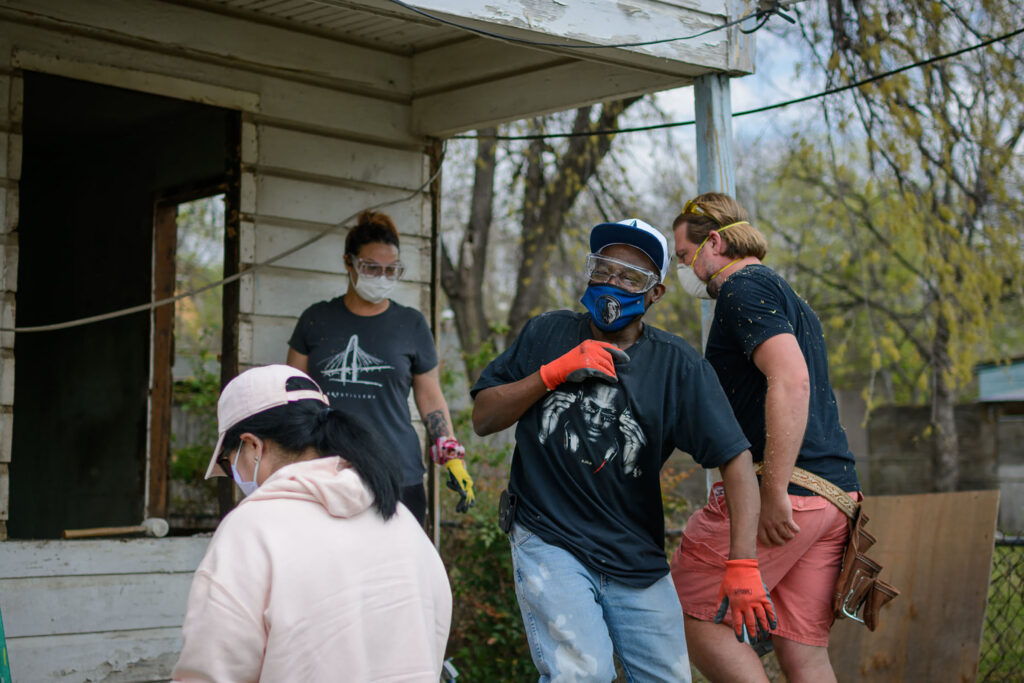 Volunteers and members of Artstillery work together on a reconstructed shotgun house. Photo by Nino G.

The Family Dollar houses, described as sculptures, or theater “sets,” were reconstructed with the volunteer efforts of architects Mark Sorenson and Chris Le from the national engineering and architectural firm Mead and Hunt.

“It’s been a learning experience for me,” Sorenson says. “My work is in airports. I hadn’t worked in housing since the ’80s, so this was all new and exciting.”

According to Ozgur, Artstillery is not finished once Family Dollar closes at the end of July. “We would like to expand even this project to other cities and do the same work,” she says, “which I think is very interesting—to conserve the building structures and the narratives.”

Performances of Family Dollar run through July 31. Tickets for Friday and Saturday night shows are $25. Thursdays are pay-what-you-can night.

If attending the show or West Dallas for the first time, Ozgur suggests these local spots to grab a bite before or after the show:

For barbecue, try institutions like Harderman’s BBQ or Odom’s Bar-B-Que, which is recovering from a recent break-in.

Wimpy’s Famous Burgers, at the corner of Vilbig and Singleton. (The Dallas Observer once described the exterior: “When you’re speeding down Singleton on the outskirts of downtown, Wimpy’s is the one painted with ancient cartoon characters, like hieroglyphs of the television past, and it’s been there at least 50 years.”)

Carmen’s Mexican Cafe, a family-owned Mexican food restaurant on Singleton with the motto “Best of the West.”