Kelton, who lived in San Angelo, is best known for his novel 'The Time it Never Rained' about the Texas drought of the 1950s 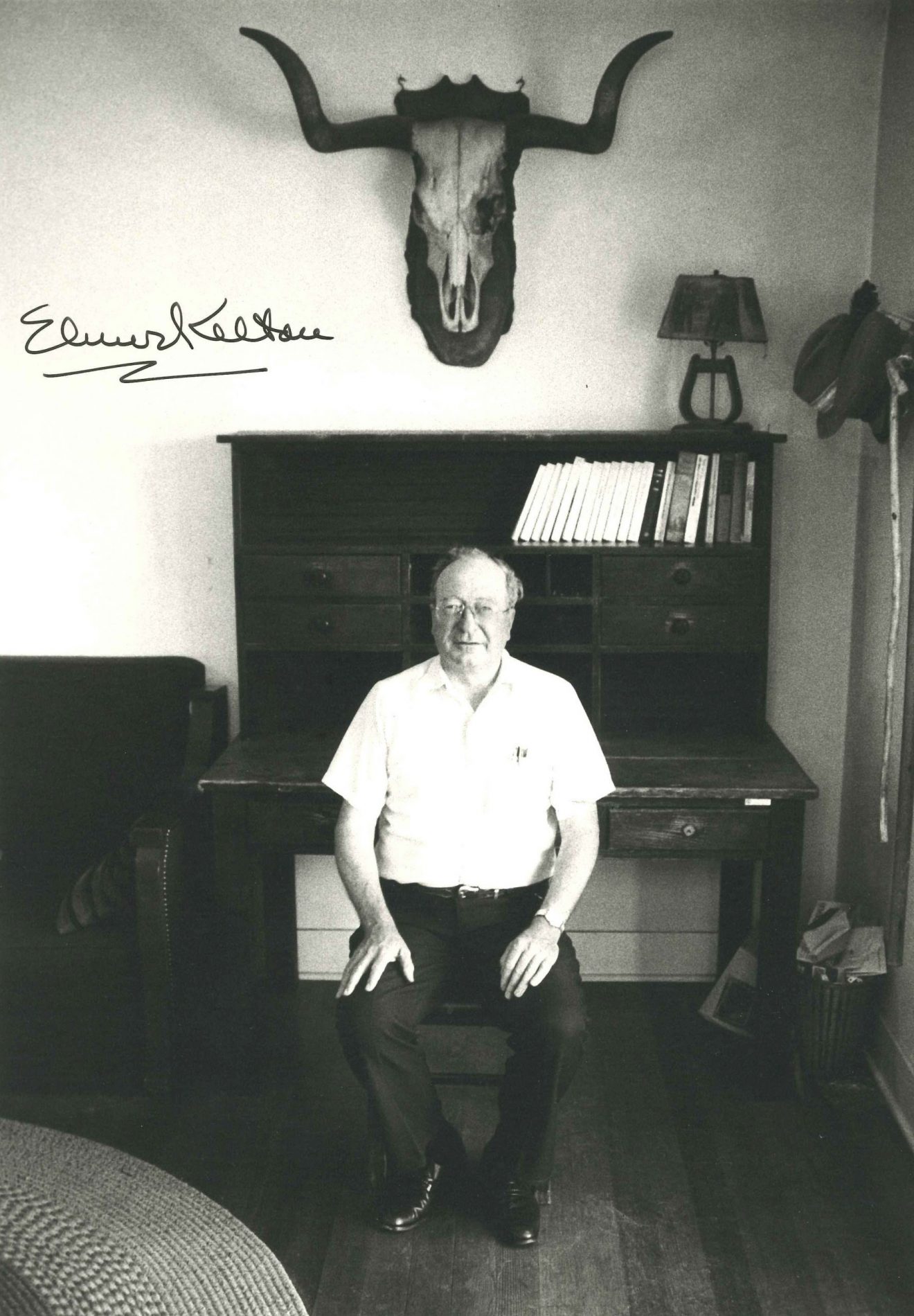 Elmer Kelton at the Paisano Ranch in 1987. Photo by Bill Wittliff/Courtesy Wittliff Collections.

When it comes to the Western novel as art form, a few authors typically come to mind—Louis L’Amour, Zane Grey, and Willa Cather among them. But none of those writers were fortunate enough to be Texans, even if they borrowed the state as the setting for a story or two. And none of them were ever voted “All-Time Best Western Author” by the Western Writers of America. Elmer Kelton, however, checked both those boxes.

The Wittliff Collections at Texas State University in San Marcos recently acquired 27 boxes of Kelton materials—including his books, periodicals with articles penned by him, and periodicals that contain articles about him—from a private donor in the Hill Country. The new materials will enhance the Wittliff’s existing Kelton collection, which was donated by founders Bill and Sally Wittliff, and includes books, photographs, and manuscript materials.

“Because the Wittliff Collections is a major research repository that attracts scholars from all over the world, it makes excellent sense for us to embrace the opportunity to receive this consequential collection of Elmer Kelton materials offered to us,” says Steve Davis, literary curator of the Wittliff Collections. “In this way, we can complement the existing collection at Angelo State [where much of his archives are kept] and help preserve the literary legacy of this major Texas writer.”

Kelton (1926-2009) was born in the West Texas town of Crane and raised on cattle ranches. Early on, though, he felt his future was with the written word rather than livestock. After earning a journalism degree from the University of Texas at Austin he became an agricultural writer for the San Angelo Standard-Times. In time, he also wrote for Sheep and Goat Raiser Magazine and Livestock Weekly. This background enhanced Kelton’s convincing depictions of West Texas. He knew the tales from the old days and recognized how times were changing. While writing with terrific empathy for his characters, he never romanticized the West Texas way of life beyond its stark realities. Making his home in San Angelo, Kelton produced more than 50 novels, easing readers unfamiliar with the Western genre into the culture, geography, and the many varied attitudes—not always so pleasant, mind you—of the people who worked the land.

Kelton’s masterpiece, The Time It Never Rained, is his account of the seven-year drought in the 1950s that drove many ranchers and farmers out of business. Its main character, Charlie Flagg, is either the most principled cattle rancher in West Texas or the most stubborn as he tries to outlast the drought.

“Elmer observed firsthand the drought’s devastating impact on the land, the animals, and the people,” Davis says. “These were his people; he understood not only what was happening on the outside, but also on the inside. The Time It Never Rained was written as ‘fiction,’ but it has gone on to become history.”

Staff members at the Wittliff are currently cataloguing the new materials, which were first stored in a freezer at minus 25 degrees for 76 hours to eliminate silverfish and other destructive organisms that might be in the boxes.