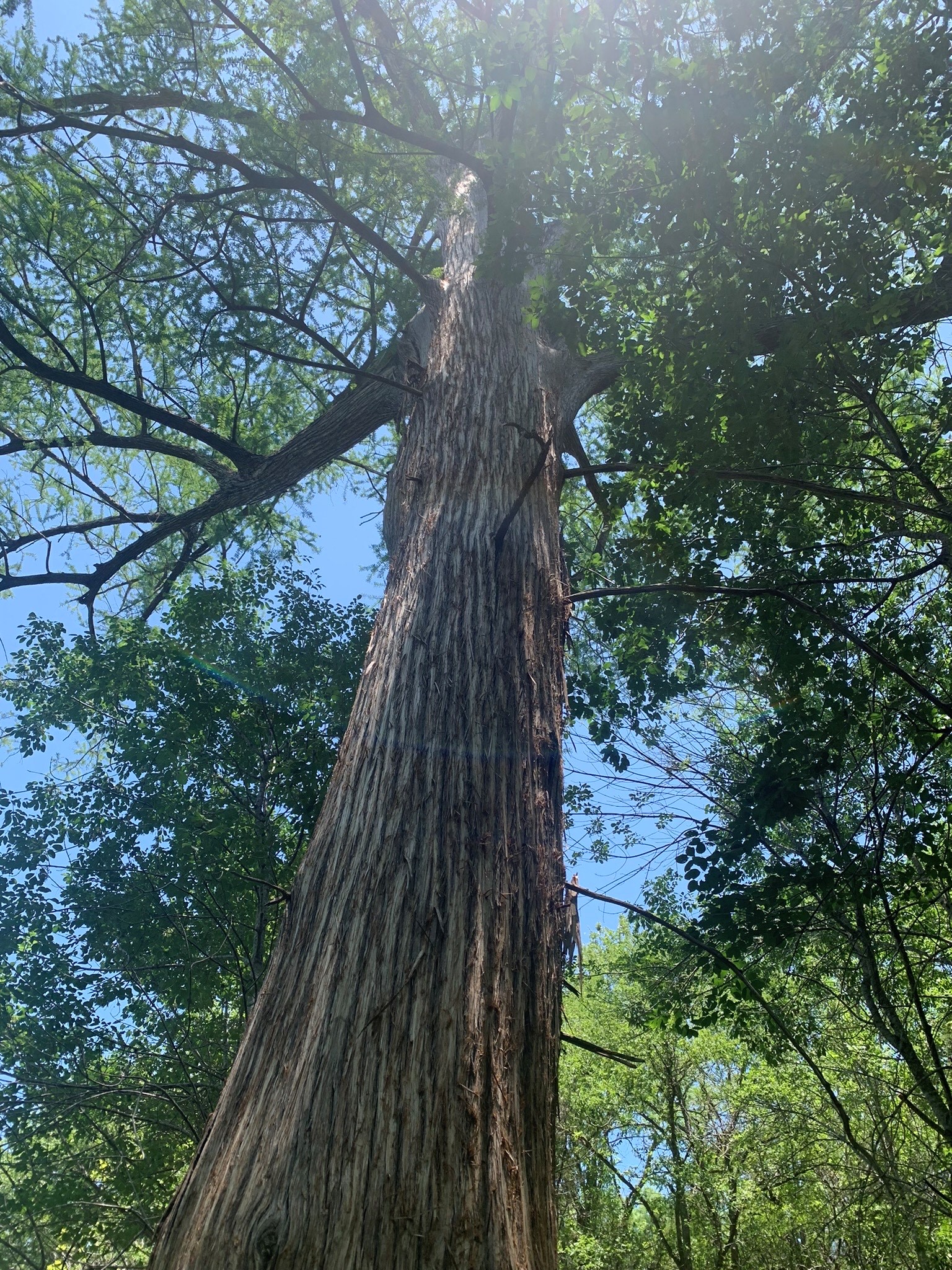 In the early weeks of summer, a restlessness set in. Shouldn’t something be happening? When I was young, summer closed one chapter and opened another. Like the pencil dashes drawn on the wall above my head, summer vacations marked my progress: completed exams, walks across the graduation stage. Then, after a certain number of summers, my height stayed the same, as did my calendar. For adults, there is no difference between May and June. The laundry still needs to be folded, emails answered, dinner placed on the table. The clock speeds up, and summer comes faster and hotter each year. It’s an annual reminder: The seasons have changed, but what about me? I’m still standing in place, holding a watering hose, worrying about the burnt lawn, which is suddenly, somehow, my responsibility.

I was in this mood when I decided to get out of the house. I scrolled through Google Maps in Austin—a city I’ve called home for the better part of my life—and looked for adventure. I zoomed in on McKinney Falls State Park: waterfalls, tree-lined hiking trails, and ruins of a colonial homestead, all just 20 minutes and a $6 entrance fee away. The map also showed a green landmark icon inside the park, a historic tree nicknamed “Old Baldy.” Old Baldy is a 500-year-old bald cypress—“one of the oldest bald cypress trees on public land in Texas,” according to the park’s website.

Its picture wasn’t bald. It was textured and green, a tree with a gnarled trunk over 100 feet tall. This was a tree that knew something about the passage of time, I thought. I dreamt about that tree, what the shade of its leaves might feel like, what cool-headed wisdom would come to my mind under its boughs.

For three weekends in a row, I tried to visit Old Baldy. For three weekends in a row, I failed. The first, I asked my fiancé if we could go together, and his work meetings ran late. The second, I arrived by myself, shoes tied, water bottle filled, only to be told by a park ranger that I was too late, the park was already full. The third weekend, my grandfather went to the emergency room. I spent the day in a plastic hospital chair.

I wasn’t giving up. I began to read about the history of bald cypress trees. The bald cypress, taxodium distichum, is a deciduous conifer that grows across the southeastern United States. It grows along river beds and lakes, sprouting knobby, gangly “knees” that peek out from the water. It may not be conventionally beautiful—it’s no grand oak or towering maple—but its wood is strong. Cypress, so resistant to decay, is known as the “wood eternal.”

The bald cypress grows where it floods. Water washes against its roots day in and day out. Its role in the ecosystem is to hold steady. Its strong roots trap sediment, keeping dirt in place, and its knees prevent erosion and trap pollutants that may otherwise spread. Bald cypresses line the Roy and Ann Butler Hike and Bike Trail around Ladybird Lake in Austin, making way for everyone else to run in circles by the grace of standing still.

How many of us appreciate this service of stability? In our modern culture, we place little emphasis on sturdiness. Exploration, adventure, self-fulfillment—yes. But quietly growing, year after year, in the same spot? That’s boring at best, lazy and uninspired at worst. And yet, strong connections are how humans flourish. Our commitments, like a tree’s roots, hold us in place. Consistency can be a gift, not a punishment. Together, our roots overlapping, we can forge safe soil for wildflowers to bloom.

What if, instead of being scared to plant roots, I was brave enough to deepen them? On Memorial Day weekend, I set out alone to visit Old Baldy.

I parked at the McKinney Falls Smith Visitor Center and spent an hour exploring, traipsing down to look at Onion Creek and dip a toe in the water. Then, hot and sweaty, I headed for cover. Old Baldy’s branches provided welcome shade when I arrived at its spot along the Rock Shelter Interpretive Trail, Onion Creek still burbling nearby. I sat beneath the ancient tree and contemplated the length of 500 years, a dozen lifetimes’ worth of change, and yet, no change at all. “[A tree’s] spiritual authority derives from its independence of man, its pristine Otherness,” writer Michael Pollan mused in an essay about trees for The New York Times Magazine. Old Baldy towered above me, unbothered by my frazzled questions. Old Baldy didn’t need to seek validation for its growth. It was not insecure about its progress. Pace isn’t something that concerns the 500-year-old bald cypress; it loses its leaves first among the deciduous and sprouts them last. It grows at its own rhythm, ignoring the shifting seasons around it.

But it doesn’t quit growing. And that, for all of us, can be an invitation. Summer after summer, year after year, century after century, Old Baldy’s branches reach a few inches higher, striving ever heavenward. Perhaps mine could, too.