Where to Celebrate Juneteenth in Texas

Despite the ongoing COVID-19 pandemic, cities and towns across Texas are getting creative for the holiday with virtual and curbside events 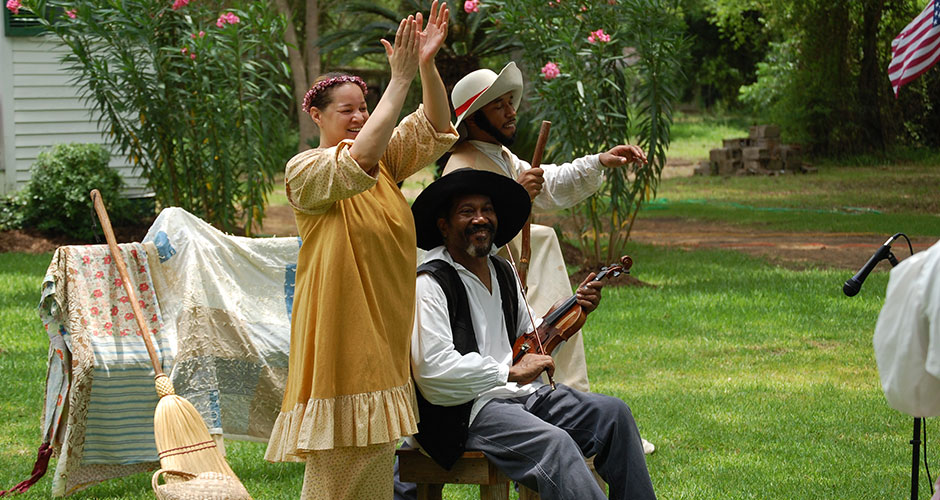 Galveston’s annual Juneteenth Celebration, which is an online lecture this year due to COVID-19. Photo courtesy Galveston Convention and Visitors Bureau

Forty years ago, Texas became the first state to recognize Juneteenth as an official holiday. Also known as Freedom Day, Juneteenth commemorates the occasion when General Gordon Granger and a regiment of Union soldiers arrived in Galveston on June 19, 1865 to enforce the end of slavery in Texas. (For more on the history of Juneteenth, read Michael Hurd’s essay “Let Freedom Ring” from our June 2020 issue.) While communities in Texas have celebrated this day for generations, more and more states are observing Juneteenth by organizing parades, special ceremonies, and other festivities; there is even a push to make it a national holiday.

Due to COVID-19, this year’s celebrations are more subdued, with many traditional parades being canceled. But several Texas cities are coming up with innovative ways to commemorate the holiday.

This event features live music, spoken word performances, and plays with themes of justice and equality available to stream on Instagram, Facebook, YouTube, and Twitch. Sponsored by the Carver Museum, Greater East Austin Youth Association, and Six Square, among other organizations, the evening also has an online raffle and food delivery to communities in need.

Explore West Austin African American history from your car on this tour that begins at the Neill-Cochran House Museum. The route goes through places like Wheatville and Clarksville, which were once freedman communities in Austin, and Pease Park. The grounds of the museum are open with shoebox lunches provided by Hoover’s. Registration is required.

The Brazos Valley African American Museum, built on the former site of the original black schools in Brazos Valley, is open with free admission. (Visitors must follow CDC guidelines.) Visitors who prefer to stay in their vehicle can drive by and receive a treat along with information about Juneteenth.

Nonagenarian Opal Lee embarks on her traditional walk from the Fort Worth Convention Center to Will Rogers Coliseum. The walk is part of Lee’s campaign to make Juneteenth a national holiday. The distance of 2.5 miles represents the two and a half years that Texas continued to enslave African Americans after President Lincoln signed the Emancipation Proclamation in 1863. Instead of walking with her, this year guests can register to be part of the car caravan that will follow her on her journey.

This play is co-written, directed, and produced by former Dallas Cowboy Greg Ellis, and it delves into the impact slavery has had on America and why Texas took two and a half years after the Emancipation Proclamation to free slaves. The show is streaming live for one performance. 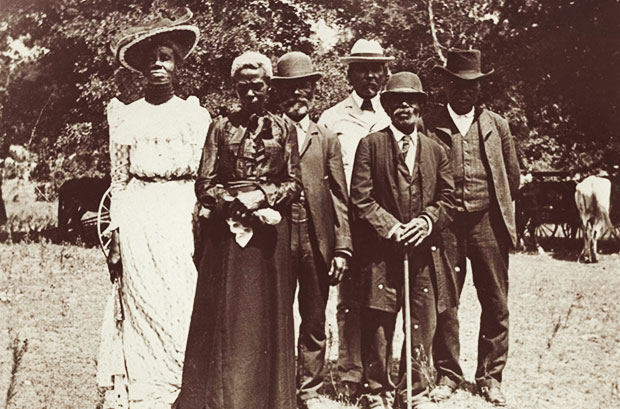 Fort Worth filmmaker Channing Godfrey Peoples makes her feature film debut with “Miss Juneteenth,” which stars Nicole Beharie and is about a single mother raising her daughter to one day be crowned Miss Juneteenth. The Grand Berry Theater has several showtimes. Masks are required.

As part of its live lecture series on Facebook, the Galveston Historical Foundation hosts this virtual discussion with authors Tommie Boudreaux and Alice Gatson about the history and achievements of black people from Galveston—from the slaves and free blacks in the 16th century to Jack Johnson, the first African American world heavyweight boxing champion.

This virtual town hall, organized by the Georgetown Cultural Citizen Memorial Association, has two panels scheduled. The first discussion delves into education and is moderated by Alicia Moore, Southwestern University Education Department chair. The second panel looks at social services in the community and has speakers from the Caring Place, the Salvation Army, and the Boys and Girls Club of Georgetown.

Discover the rich history of Houston’s African American community with a walk in Emancipation Park, the oldest park in Houston. This audio tour offers a trip into the park’s past through its architecture and monuments dedicated to the leaders who founded the park to commemorate Juneteenth.

Edinburg and McAllen host a series of events that commemorate the holiday. Juneteenth Jubilee in Edinburg includes live music streaming of several bands, keynote speakers, performances, and a serving of soul food. Meanwhile, in McAllen there will be a 2.5-mile car caravan from Bethel Temple to City Hall.

Cen-Tex African American Chamber of Commerce organizes this annual parade, which received the go-ahead to take place this year. The theme is “Listen to the Voices of Change,” and there are new public safety guidelines that include mandatory masks for participants keeping social distances of 6 feet.