Visitors can hike at Hamilton Pool Preserve, but swimming is off limits after the deep freeze of winter 2021 destabilized the limestone overhang 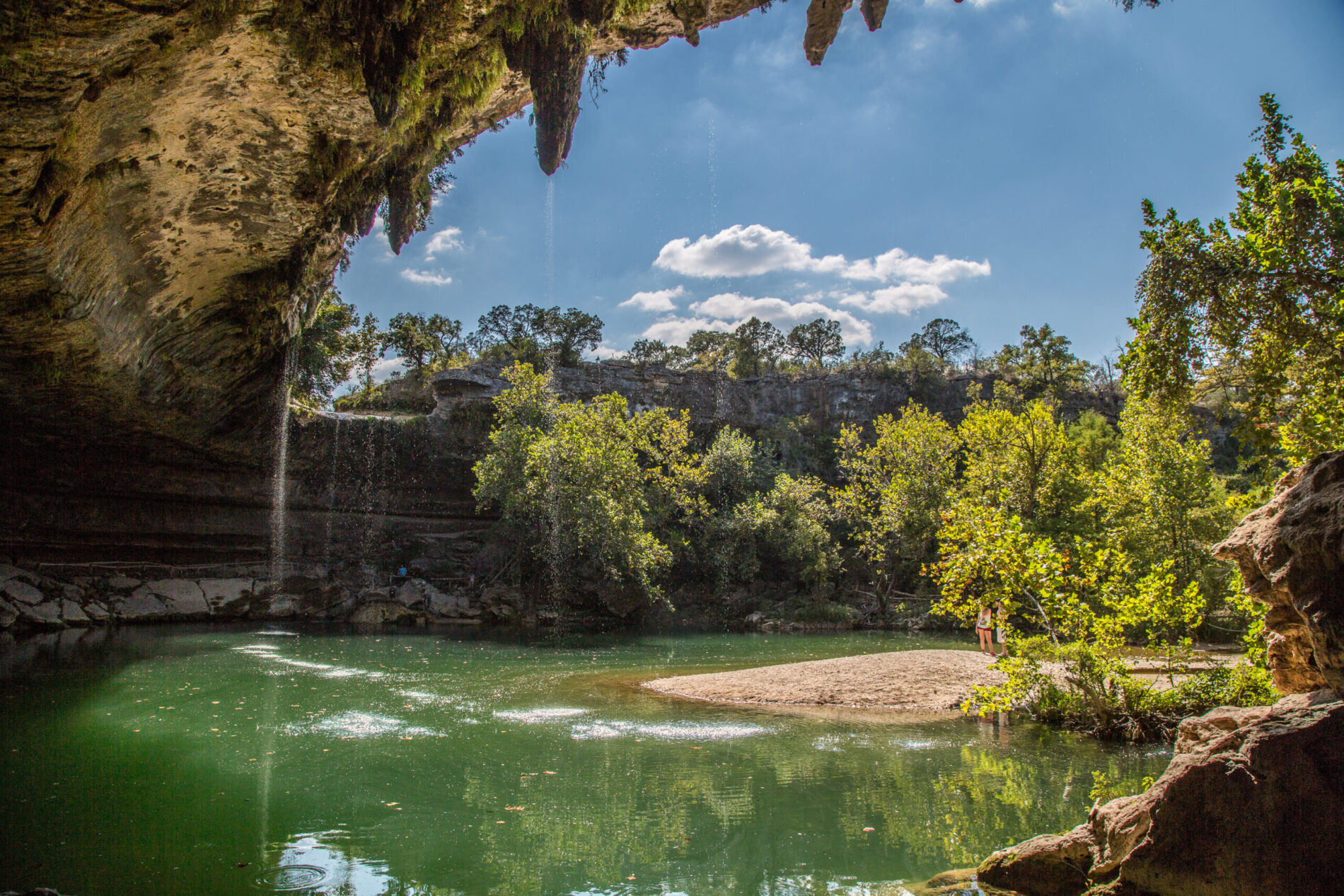 Hamilton Pool has drawn people to its sparkling pool and limestone overhang for at least 8,000 years. But as Austin’s growth has generated an untenable influx of visitors, Travis County has increasingly sought to protect the beloved site near the Pedernales River.

The county purchased 232 acres to maintain public access in 1985, followed by the establishment of a nature preserve in 1990. Ecological restoration has been underway ever since, including the introduction of a reservation system in 2016 to control crowds. Thanks to such efforts, Hamilton Pool—with its 50-foot waterfall—remains a photogenic magnet for nature-lovers.

This winter, the preserve passed another milestone as Travis County secured the protection of an additional 3,000 acres near Hamilton Pool and Milton Reimers Ranch Park. The Reimers family once owned both properties. The county purchased the 2,427-acre Milton Reimers tract, popular with rock climbers, mountain bikers, and anglers in 2005. In November, the International Dark Sky Association designated Reimers an International Dark Sky Park. Voters enabled the more recent acquisitions with passage of multimillion dollar bond passed in 2017, which allowed Travis County to join the Hill Country Conservancy and The Nature Conservancy in purchasing local development rights.

“There’s an urgent need to protect natural areas like the Hamilton Pool Road corridor,” Travis County Commissioner Brigid Shea told reporters last month. “These conservation easements allow us to maintain the county’s irreplaceable environmental features. Reimers Ranch Park and Hamilton Pool visitors and residents nearby will be able to enjoy the land and scenery for many years to come.”

Development pressure in the region has reached unprecedented levels, says Frank Davis, chief conservation officer at the Hill Country Conservancy. The conservancy has been instrumental in working with willing landowners to protect open space on the Shield Ranch and Puryear Ranch, both properties that are likewise part of the Hamilton Pool corridor. As malls and subdivisions encroach, they threaten natural resources, including remnant old growth forest, water resources, and scenic vistas, Davis says. Preserving forests and open space, he notes, conserves wildlife habitat, helps sequester carbon—an important factor when it comes to the challenges of climate change—and improves rainwater absorption, helping recharge the Edwards Aquifer and maintain groundwater for nearby communities.

“Hamilton Creek is still pristine despite the pressure all around,” Davis says. “And visiting places like Hamilton Pool and Reimers Ranch helps people appreciate their value.”

In the meantime, the year ahead holds lingering questions about whether Hamilton Pool might reopen for swimming. While hiking trails remain open, the winter storms of 2021 deteriorated rock outcropping around the grotto, prompting park officials to prohibit swimming and access to paths that cross below the falls.

Even so, the county continues to require the public to reserve their Hamilton Pool entrance online ahead of arrival. Reimers Ranch Park, on the other hand, allows all visitors to enter on a first-come, first-serve basis.