20 Things to Do: Fort Worth

For travelers seeking a combination of outdoors fun and big-city attractions, Fort Worth may be the ultimate getaway.

Fort Worth with Kids

What’s New (and Old) in Fort Worth

Daytripper with Chet Garner: Fort Worth

1) Visit the Fort Worth Zoo. Founded in 1909, the Fort Worth Zoo now houses more than 5,000 animals in 12 permanent exhibit areas. Be sure to check in with baby elephants Belle and Bowie, born in summer of 2013 and getting bigger every day.

2) Take in a movie at the Coyote Drive-In. Since 2011, the Coyote has brought the drive-in tradition back to Fort Worth, with first-run films and a snack bar that includes locally sourced foods and beverages. 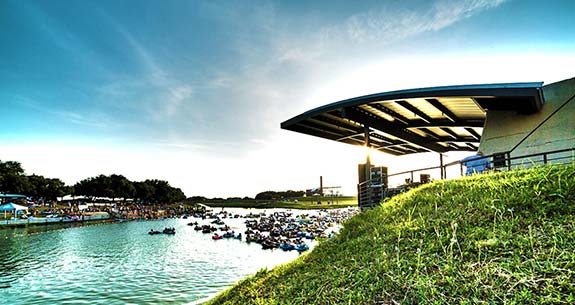 3) Get some exercise while you see the sights. At the new Panther Island Pavilion, a company called Backwoods Paddlesports offers kayak, canoe, pedal-boat, and standup-paddleboard rentals for exploring the Trinity River.

4) See an authentic Longhorn cattle drive. Twice daily, at 11:30 and 4, cowhands drive a team of Longhorns through the Stockyards on Exchange Avenue. Afterwards, you can ask questions and take photos.

5) Shop and dine on trendy West 7th. From Thai cuisine to Mediterranean fare, this relatively new development has it all—plus a cinema, a gym, day spas, and lots of locally based and national shops.

6) Lunch at Café Modern. The Modern Art Museum of Fort Worth is a fine destination for art-viewing, of course, but the café is a worthy destination in and of itself. With serene views of architect Tadoa Ando’s shimmering reflecting pool, the café draws diners with seasonal fare and a well-chosen wine and cocktail list.

7) Give yourself (or someone you love) the boot. If you don’t own a pair of cowboy boots, some people might question if you’re really a true Texan. Remedy that situation in Fort Worth, where numerous Western-wear shops sell boots, belts, hats, and all the trimmings. The Justin Boot outlet store has turned many a first-time boot-wearer into a devotee. You’ll show off a new swagger.

8) Take a tour that’s all about the money. On a tour of Fort Worth’s Bureau of Engraving and Printing, you can see the inner workings of one of America’s two money-printing plants, where billions of dollars are printed each year. Before or after your tour, you can take in two floors of interactive exhibits about U.S. currency.

9) Bask in the sun at Burger’s Lake. This 30-acre park offers a spring-fed lake for swimming, two sandy beaches for sunning, and charcoal grills for picnic needs, plus diving boards, a slide, and a trapeze jump.

10) Channel your inner cowboy at Benbrook Stables. Guided trail rides around Benbrook Lake give beginners and skilled equestrians the chance to saddle up.

11) Try wakeboarding. Nationally, wakeboarding has taken off as a sport, and cable parks–which make it possible to wakeboard without a boat—have brought the sport to the city. Take a lesson or spend the day. 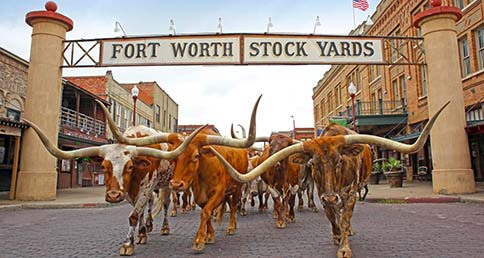 (Photo courtesy of Fort Worth Convention and Visitors Bureau)

12) See the city (and surrounds) from a bird’s-eye perspective on a helicopter tour with Epic Helicopters. One of the most popular tours, the Fort Worth City Tour, provides views of the Stockyards National Historic District, the Cultural District, downtown, and more. It’s even more impressive at sunset.

13) Explore the city by bike. Bike sharing programs have taken off nationally, and in Texas, San Antonio, Austin, and Fort Worth have installed bike-sharing systems called B-Cycle stations in popular areas for tourists. It’s simple: Swipe your credit card, hop on a bike, then return it to another B-Cycle station when you’re done.

14) Commune with nature at the Fort Worth Botanic Garden. This 109-acre living museum harbors more than 2,500 species of plants, hosts seminars and workshops throughout the year, and has a gift shop and a restaurant with views of the gardens. 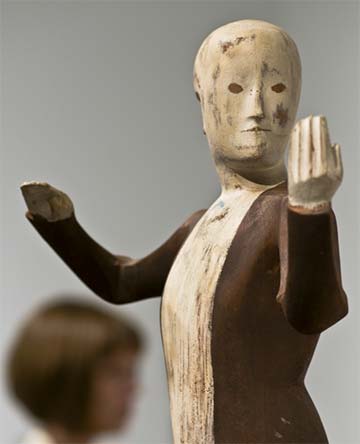 15) Get right with art and culture. Fort Worth’s Cultural District includes six museums within easy walking distance of each other: The Fort Worth Museum of Science and History, the Amon Carter Museum of American Art, the Cattle Raisers Museum, the Modern Art Museum of Fort Worth, the Kimbell Art Museum, an the National Cowgirl Museum an Hall of Fame. Spend a few hours or a few days.

16) Learn about plants at BRIT, the Botanical Research Institute of Texas. Tours of the BRIT campus, which is a model of sustainable building practices, take place Thursdays and Saturdays. While primarily a research institution whose focus is to document plant life throughout the world, its collections interest academic botanists and flower-fans alike.

17) See a historic fire station. Fire Station #1, a property of the Fort Worth Museum of Science and History, dates to 1907. An exhibit here called 150 Years of Fort Worth document’s the city’s development since its days as a frontier outpost.

18) See some live music. For a full Fort Worth experience, have a longneck (and maybe a dance) at the iconic Billy Bob’s Texas, which, with 20 acres of parking and 30 individual bar stations, might live up to its reputation as “The World’s Largest Honky-Tonk.”

19) Cool off at the Fort Worth Water Gardens. This four-acre, terraced park features numerous fountains and more than 500 plants. And, it’s where the sci-fi movie Logan’s Run was filmed in 1975.

20) Have a steak. You’ll be hard-pressed to find a better steak than Fort Worth, once an important stop for cattle drovers along the Chisholm Trail.