While most associate Texas with the Wild West rather than the Deep South, there are towns in the Lone Star State that exude Southern charm and hospitality. To capture the genteel spirit of the South, I headed to Jefferson in the far reaches of Northeast Texas. 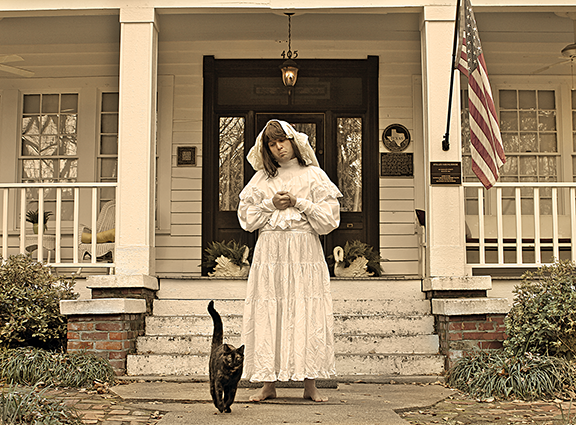 While most associate Texas with the Wild West rather than the Deep South, there are towns in the Lone Star State that exude Southern charm and hospitality. To capture the genteel spirit of the South, I headed to Jefferson in the far reaches of Northeast Texas.

8:30 a.m.  I awoke at the charming Hale House Inn, an appropriate start in the “Bed and Breakfast Capital of East Texas.”  I followed the aroma of coffee and casserole downstairs to an antique-appointed dining room packed with guests venturing to Jefferson to experience an era gone by.

9:30 a.m.  As I walked the red-brick streets of downtown, past its 19th-Century architecture, I felt transported and half expected a Mason jar of sweet tea to magically appear in my hand. I visited the Jefferson Historical Museum, which displays artifacts from the town’s golden age, when steamboat trade brought affluence to this bustling port city. However, as water levels dropped in Big Cypress Bayou, so did Jefferson’s commerce, leaving it frozen in time and bypassed by the railroads.

11:00 a.m.  While massive steamboats no longer navigate the bayou, the agile boats of Turning Basin Bayou Tour still cruise the waterways. I hopped aboard and enjoyed thorough lessons on Jefferson’s history and its natural surroundings as we cruised through the cypress-fringed waters.

12:30 p.m.  For lunch, I headed to Joseph’s Riverport Barbecue, which was destroyed by fire in 2012, but has come back stronger (and deliciously smokier) than ever. I devoured my combo plate of brisket and ribs and even grabbed an extra piece of homemade cornbread for the road.

1:30 p.m.  Next up, the Jefferson General Store for a pecan praline and a “5¢ cup of coffee.”  After learning there really was no catch to the coffee, I drank about a quarter’s worth and ate more pralines than I care to disclose. Somehow that didn’t stop me from buying a dozen more to take home.

2:30 p.m.  I opted to see more of the town the old-fashioned way, on a horse-drawn buggy from Lone Star Carriage Company. We passed hotels that have housed everyone from presidents to poets, the town’s Carnegie library, and countless grand homes all with a beautiful, yet haunting, aura that lends credence to Jefferson’s unofficial title as “the most haunted small town in Texas.”

3:30 p.m. To investigate this ghostly title, I stopped at The Grove, built in 1861 and touted as the most haunted home in Jefferson. Owner Mitchel Whitington gave me a tour (available by reservation), sharing stories of ghosts and experiences that have become an almost daily occurrence for him and his wife. One particularly haunting tale was that of the “lady in white,” whom we mysteriously captured on film (pictured above).

5:00 p.m. Next I visited the historic Oakwood Cemetery, which holds the graves of Jefferson’s past residents, including Diamond Bessie, whose murder trial brought national attention to Jefferson and is even reenacted annually in town. Each row of graves sent chills up my spine, yet  no ghosts appeared.

6:00 p.m. For a final attempt at spotting the supernatural, I headed to the Jefferson Hotel. The elaborate Victorian fixtures whispered stories of the past, yet more enchanting than the spirits were the aromas emanating from Lamache’s Italian Restau-rant in the lobby. Unable to resist, I found a small, dimly lit table and dined on the incredible “Spaghetti Lamache,” cooked with a family recipe going back many generations.

While I didn’t encounter any ghosts, Jefferson did bring me an otherworldly experience, serving up Texas’ rich Southern history with a heaping helping of hospitality. So, whether you follow my footsteps or forge your own path, I hope to see you on the road.

Chet Garner is  the host of The Daytripper™ travel show on PBS.

From the September 2013 issue