Written by: Bob McCullough
Photos by: Will van Overbeek 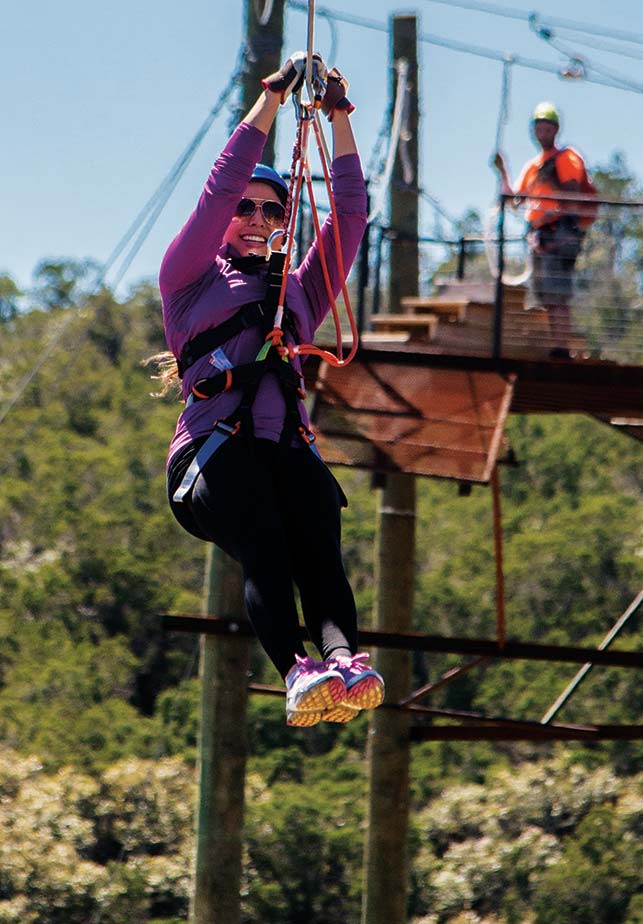 The waiter gave me a puzzled look when I asked that my chalupas be made with whole beans instead of refried beans, but he dutifully carried out my request. And not with just plain pinto beans. I knew my special order of chalupas at El Chaparral Mexican Restaurant in the town of Helotes—situated northwest of San Antonio and often referred to as the “Gateway to the Hill Country”—would be crafted from the borracho beans that the restaurant serves in small bowls as a complimentary opening treat.

For information on visiting Helotes, including lodging and events, call the city of Helotes, 210/695-8877.

Carlos Garcia, who runs the restaurant with his twin brother Gabe, says the peppery bean soup is a tradition that began 30 years ago when their father, Charlie, introduced it after visiting family in Guadalajara, Mexico.

“He felt like it would be a great touch to get the palate wet,” Carlos explains. “When we started serving the bean soup, it was only at dinner; however, it has become a huge success, and as a result, we also began offering the soup for lunch about 10 years ago.” The younger Garcias and their crew at the colorful, boisterous restaurant serve about 145 gallons a week of Charlie’s Bean Soup, which includes tomato, onion, jalapeños, bacon, cilantro, and last but not least, pinto beans.

For more than three decades, I’ve cruised in and out of Helotes en route to San Antonio or the Hill Country, but until my wife Shelley and I spent a recent weekend there, I didn’t know beans about many of Helotes’ highlights.

When most people think of Helotes, they immediately associate it with John T. Floore’s Country Store, the famed dance hall and home-cooking eatery that has hosted country-western greats like Bob Wills, Patsy Cline, Ray Price, Hank Williams, and Lyle Lovett. But there’s much more than Floore’s in Helotes, a booming community of 8,000 residents that is striving to maintain its small-town character despite a doubling of its population in the past 15 years.

Helotes comes from the word elote, a Nahuatl/Spanish word meaning “corn on the cob,” according to Cynthia Leal Massey, historian and author of Helotes, Where the Texas Hill Country Begins. In the 18th Century, Spanish soldiers observed American Indians growing corn along what became known as Helotes Creek, a rocky creek that cuts through the heart of the modern town. In celebration of its “corny” heritage, Helotes hosts “Cornyval,” four fun-filled days each May that include a parade, rodeo, street fair, and carnival.

Throughout the year, Old Town welcomes visitors for The MarketPlace at Old Town Helotes. Occurring the first Saturday of each month on a quarter-mile, pedestrian-friendly promenade, the event attracts up to 175 vendors and 5,000 shoppers. Live music adds a festive backdrop for shoppers as they browse the booths of craftsmen offering artwork, jewelry, antiques, and clothing.

Northwest of town on Texas 16, Helotes Hill Country Ziplines offers a bird’s-eye view of the region’s rough-and-tumble landscape via nine ziplines ranging from 100 feet to 1,000 feet in length. The ziplines transport “fliers” at speeds of up to 35 miles per hour across pastures, tree-covered slopes, deep ravines, and up to a high hill with a commanding view of the Hill Country.

Just to the west of Helotes sits Government Canyon State Natural Area, a 12,000-acre magnet for hikers and mountain bikers that opens Friday-Monday, with extended days during holiday weeks. “When you come out here, you’re away from everything,” says Superintendent Chris Holm, “yet it’s a five-minute drive to everything you need. It’s a very wild place next to an urban place.”

‘When you come out here, you’re away from everything, yet it’s a five-minute drive to everything you need.’

Government Canyon presents both seasoned and novice hikers and mountain bikers with 40 miles of trails ranging from roughly 1,000 to 1,600 feet in elevation, diverse species of plants and wildlife, and almost 300 dinosaur tracks estimated to be 110 million years old. The footprints of both flesh-eating theropods and plant-loving sauropods can be seen in a creek bed adjacent to the Joe Johnston Route trail, a two-and-a-half-mile, one-way hike from the visitor center.

Wildflowers attract plenty of attention in springtime, and birders flock to Government Canyon year-round in hopes of glimpsing the endangered golden-cheeked warbler.

Those who wish to experience Government Canyon’s rugged beauty overnight can reserve one of 25 walk-in tent sites for stays—open on Friday and Saturday nights, with additional nights offered during holidays.

As for Helotes itself, lodging is limited, but hotels operated by most of the major chains lie within a few miles along Loop 1604 on the way to SeaWorld San Antonio, which is about 10 miles from town. Shelley and I opted for a country retreat at the Grey Stone Manor bed-and-breakfast, located in Grey Forest, a small town about two-and-a-half miles north of Helotes on Scenic Loop Road.

Secure behind an impressive iron gate with a pair of ornamental lions as sentries, we stayed in the Enchanted Cottage, featuring a private entrance, spacious sitting room with an eclectic mix of Victorian and Western décor, king-size bed, and private bath. We particularly appreciated the kitchen stocked with dishes, cooking utensils, and staples such as eggs, orange juice, coffee, and tea—more than enough for a hearty breakfast. 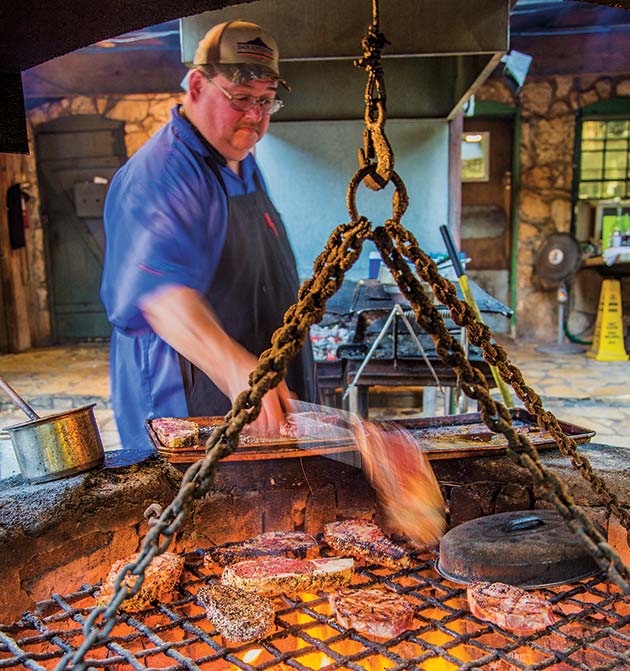 Another advantage was the proximity of Grey Stone to Grey Moss Inn, a restaurant located a half-mile down Scenic Loop toward Helotes. Its steaks and other entrees draw applause aplenty, but for me, the sides—olive twists, squash au gratin, twice-baked potatoes, and home-style desserts—set Grey Moss Inn apart and make me eager to return. The tasty olive twists (wheat bread with the crust removed, buttered, filled with green-olive spread, and toasted) originated in 1929 when Mary Howell opened the restaurant for business.

Grey Moss Inn hosts many a romantic dinner in the main dining room, with its worn pine floor, old portraits hanging on the walls, shelves bearing decorative dinner plates, and candle-wax “sculptures” on each table. Visitors can also dine outside on the oak-shaded patio near a circular stone water well that’s been transformed into a mesquite charcoal grill. There, a chef bastes steaks with the restaurant’s secret “witches’ brew” concoction to keep them moist and flavorful.

Back in Helotes, the Picosos Peanut Company makes a wide variety of raw and flavored nuts—including its signature hot chile peanuts and hot chile mixed nuts—at its Bandera Road factory. An onsite shop is filled with more than 200 snack items, including nuts, candy, dried fruit, and specialty items like chia seeds and goji berries. Founded in 1977 by Jimmie and Alice Gennero, Picosos takes its name from a Spanish slang term meaning hot or spicy. The family business roasts Texas peanuts in pure coconut oil, then adds salt and chile according to a decades-old recipe. The finished product is shipped in colorful containers to destinations worldwide.

Whether it’s piquant peanuts or savory beans, Helotes beckons with plenty of spicy treats to make a weekend in the hills well worth it.