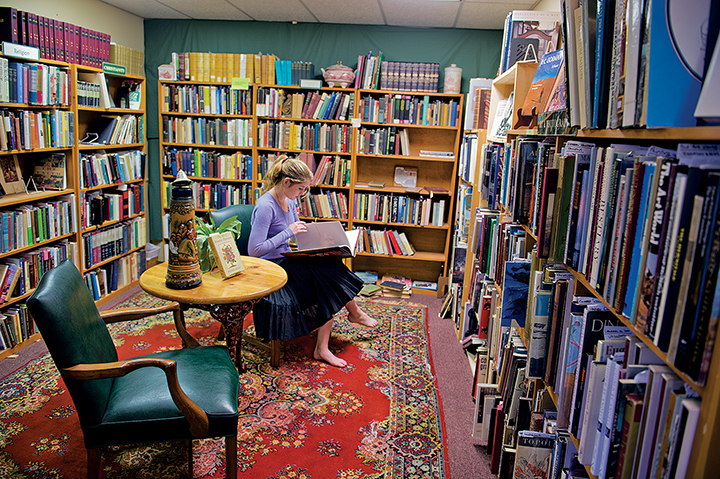 It’s getting tough to spend the day in Fredericksburg. After enjoying numerous day-trips to this Central Texas town, I realized during my most recent visit that Fredericksburg’s attractions—both the new and the venerable—have become so numerous that one day just doesn’t cut it anymore. Fredericksburg has become an overnight destination.

It’s actually getting harder just to get to Fredericksburg, what with all the roadside stands on the outskirts of the town overflowing with (depending on the season) just-picked peaches, tomatoes, and pecans. This is especially true when coming from the east along US 290, where numerous stores offer antiques and myriad artistic creations.

And then there is the wine: US 290 is also called “Fredericksburg Wine Road 290” because the 40-mile stretch between Johnson City and the west side of Fredericksburg boasts 11 Hill Country wineries, including Becker Vineyards, Pedernales Cellars, and Woodrose Winery in nearby Stonewall.

There are also several tasting rooms on US 290, including Fredericksburg’s 4.0 Cellars, a collaboration of three Texas wineries (McPherson Cellars in Lubbock, Brennan Vineyards in Comanche, and Lost Oak Winery in Burleson) that opened in April 2012. I liked 4.0’s contemporary interior design—a combination of neutral colors and polished surfaces offset with colorful paintings from local artists; and I loved tasting the individual wineries’ portfolios. Among my favorites during the stop were Lost Oak’s tempranillo, McPherson’s sangiovese, and Brennan’s malbec.

Eventually, I made it into Fredericksburg proper, where US 290 becomes Main Street and beckons visitors with a variety of restaurants, art galleries, clothing boutiques, and gift shops. Originally set-tled in 1846 and still steeped in German heritage, Fredericksburg never seems to lose its charm, and the sidewalks usually teem with out-of-towners, like me, exploring one store after another. 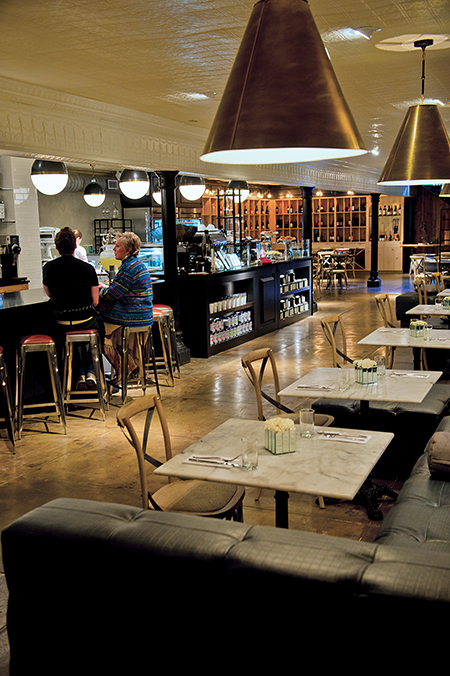 At Vaudeville, a multi-story business on Fredericksburg’s Main Street, the basement serves as a French-style bistro, the main-floor showroom offers home decor, and an upstairs art gallery presents work from local and international artists. (Photos by Kevin Stillman)

As a dedicated bibliophile, I always pay a visit to Berkman Books, a bookstore on East Main Street. With about 2,000 square feet of space covering several rooms, Berkman boasts an estimated 100,000 used and rare volumes, according to owner David Berkman, who is always acquiring new books for his inventory.

“These came from Larry McMurtry’s book sale,” David told me, referring to the famous Texas author who auctioned off hundreds of thousands of books from his Archer City bookstore last August. Pointing out several shelves near the front, he said, “Everyone wants car books, and so I bought a bunch of car books from there.”

After browsing the stacks of Texana, history, and fiction, and then poking around Der Alte Fritz, a German antiques store in Berkman’s back room, I enjoyed a delicious lunch at Peach Tree on South Adams, just a couple blocks off Main. The café has been around for 40 years, but the country-cottage setting still looks as fresh as the daily baked bread and other menu items coming out of the kitchen. Don’t pass up the butternut squash soup if it’s available; for diners who have a hard time deciding, the popular “Sandwich Sampler” features quarter-portions of chicken salad, jalapeño-pimento cheese, and tuna salad sandwiches, plus soup or salad.

The Hangar Hotel, just a few miles from Main Street, looks like a World War II-era airplane hangar on the outside, and replicates the romance and drama of the 1940s on the inside.

Following lunch, I strolled back to Main Street and soon discovered a multi-story business called Vaudeville. With its modern interior, clean lines, and earth tones, Vaudeville stands in contrast to the many Fredericksburg stores featuring folksy ambiances. The main-floor showroom sells contemporary home furnishings; the upstairs art gallery displays paintings, photographs, and sculptures from local, national, and international artists; and the French-style bistro in the basement serves a variety of dishes using local meats, cheeses, and produce. Judging from the crowds I encountered on all three levels, I think Vaudeville’s mixed-use concept might catch on elsewhere in town.

I then headed to the Gillespie County Airport. No, it wasn’t time to leave; it was time to check in at the Hangar Hotel. Located just a few miles from Main Street—and adjacent to one of the airport’s runways—the hotel looks like a World War II-era airplane hangar on the outside, and replicates the romance and drama of the 1940s on the inside.

The 50 guestrooms are appointed with mahogany furniture, retro telephones, king-size beds, and art with an aviation theme. The hotel’s 1940s-style diner, the Airport Diner, serves breakfast and lunch, and the windows look out on the runway, where small aircraft and military helicopters regularly touch down.

The “Officer’s Club” is the hotel bar with a pool table, fireplace, and chairs covered with red bomber-jacket leather. While enjoying a cocktail, I chatted with hotel owner Dick Esterson, a pilot himself, who estimated that perhaps 35 percent of his guests are pilots, and the rest are just interested in aviation or want a one-of-a-kind experience.

With everything else that Fredericksburg offers, the National Museum of the Pacific War may be the historical pride of the town.

The following morning, curiosity got the best of me and I stopped in at Street Dreams. I had passed the sign on my wanderings but had no idea what kind of business it was. Inside, I found a giant warehouse filled with dozens of vintage automobiles. When owner Ron Brown greeted me, he said that despite the excellent condition of both the facility and the inventory, Street Dreams isn’t a museum or showroom, but rather a working classic-car dealership. But he assured me he welcomes walk-ins who feel compelled to see what’s going on.

“We keep 60 or 65 old cars here. We ship them all over the world. But we’re kind of a tourist attraction here in Fredericksburg. The ladies drop off their husbands out here and then go shopping on Main Street,” Ron said, only half-joking.

With everything else that Fredericksburg offers, the National Museum of the Pacific War may be the historical pride of the town—and I’m not the only one who thinks so. In 2010, after the George H. W. Bush Gallery opened at the museum, a writer for the Wall Street Journal proclaimed that it was “perhaps the most comprehensive, well-organized and informative military museum” he’d ever seen; and last November CNN listed it alongside the USS Midway Museum in San Diego as one of the top four destinations for history buffs. 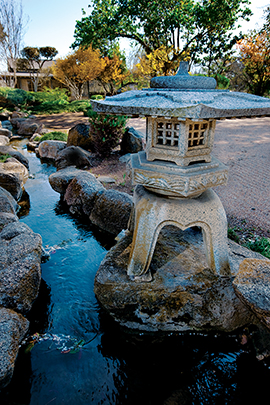 The Japanese Garden of Peace was a gift from the military leaders of Japan to the United States, in honor of Fleet Admiral Chester Nimitz, a native of Fredericksburg. (Photo by J. Griffis Smith)

The interactive exhibits are engrossing; the photographs are dramatic and heartbreaking. Among the museum’s treasured artifacts are Allied and Japanese aircraft, a captured Japanese HA-19 Midget submarine from the attack on Pearl Harbor, and personal items from the soldiers who fought at Okinawa, Tarawa, and elsewhere throughout the Pacific Theater. Outside, there is the lovely Japanese Garden of Peace, and down the street at the Pacific Combat Zone, the museum stages combat reenactments on special weekends that offer insight to the realities of island warfare.

I had been advised to allow three hours to fully appreciate the museum, but even that wasn’t enough time. And with all the wineries, brewpubs, galleries, and stores that I didn’t have time to visit this time around, I’m considering booking two nights for my next trip to Fredericksburg—and maybe more.