What in wintertime was a Bare highway median, abandoned railroad track, or sparse patch of grass in a parking lot is now a work of art. That’s the miracle of spring. Wildflowers burst forth from the most unexpected, overlooked parts of our landscape and demand our attention. As reflected in the following images of eight of Texas’ most prevalent wildflowers, They shake the doldrums off and welcome rebirth, reinvention, and reinvigoration. They are as stunning in large fields, swaying to gentle winds, as they are still and up close. As Lady Bird Johnson eloquently put it in 1965, “where flowers bloom, so does hope.”

Shot at Tandy Hills Natural Area in Fort Worth. Photo by Sean Fitzgerald. 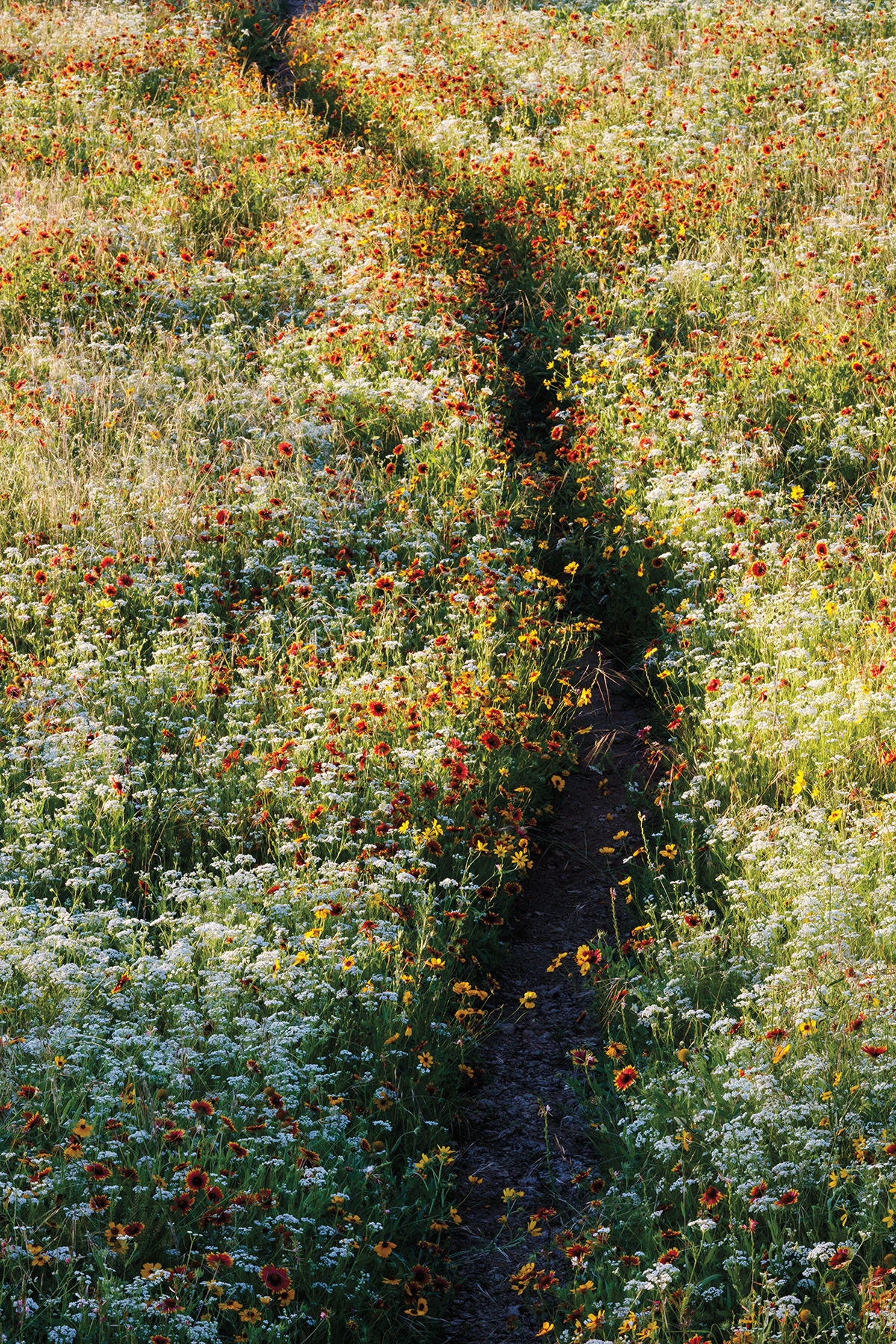 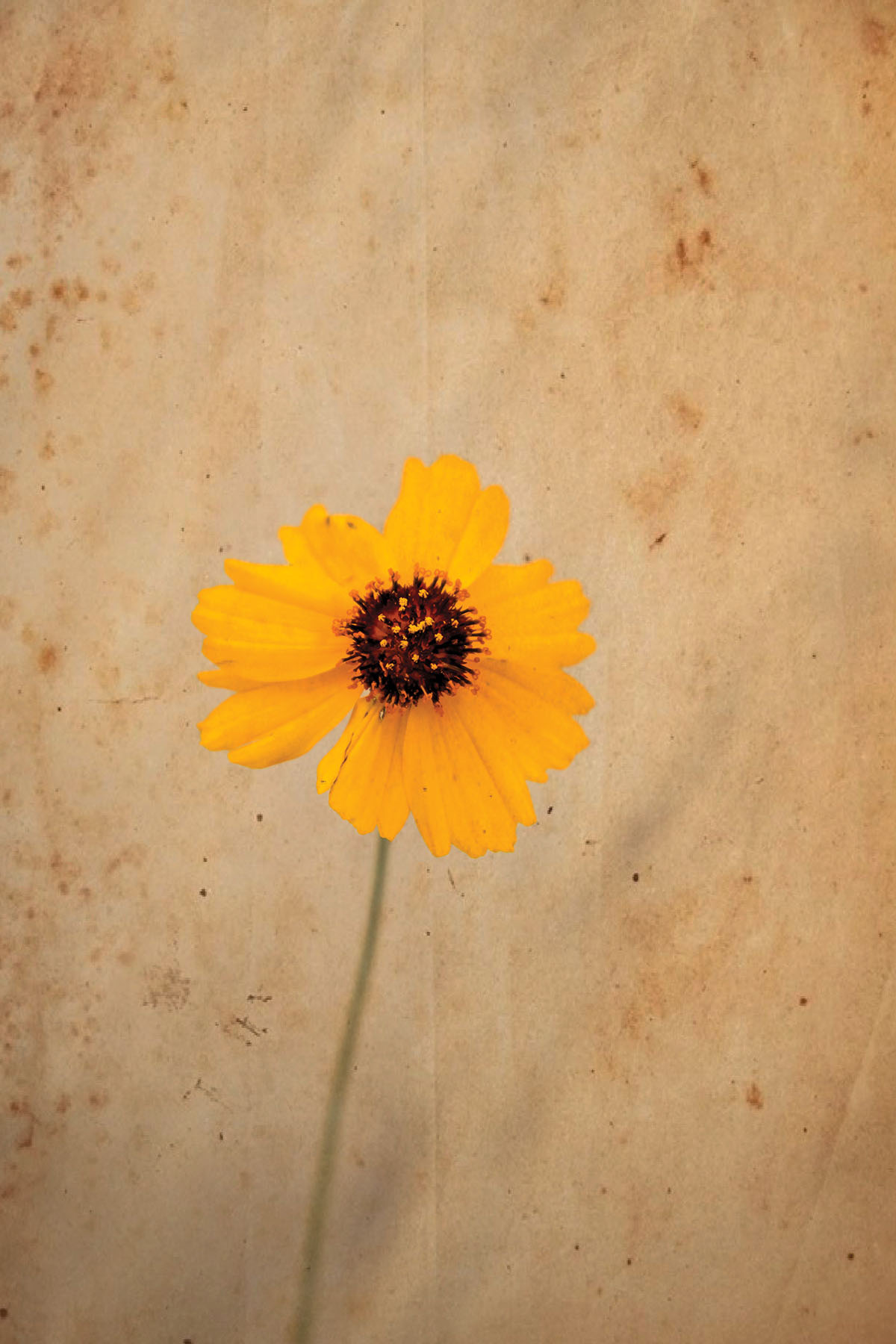 Stiff Greenthreads are prevalent within the Edwards Plateau and in the northwest part of the state. They are found as far north as Wyoming and South Dakota. On the left, they blanket the Tandy Hills Natural Area in Fort Worth. Blooming from April through July, these flowers have several aliases, including Indian Tea, Hopi Tea, and Navajo Tea. The dried stems and leaves can be made into an herbal tea that is slightly smoky in taste with a little natural sweetness.

The bluebonnet is an icon of Texas’ natural beauty. Texans of all stripes eagerly anticipate the year’s first glimpse of the blue-and-white flowers that adorn landscapes across the state, but their lifespan is famously short. They usually appear only from March to May. Big Bend bluebonnets, pictured here against the backdrop of the Chisos Mountains in Big Bend National Park, bloom as early as January. “It’s not only the state flower, but also a kind of floral trademark almost as well known to outsiders as cowboy boots and the Stetson hat,” historian Jack Maguire once wrote. “The bluebonnet is to Texas what the shamrock is to Ireland, the cherry blossom to Japan, the lily to France, the rose to England, and the tulip to Holland.” They’re easiest to spot in the Blackland Prairie and Edwards Plateau, and rare pink bluebonnets have been spotted along roads just south of San Antonio, among other locales. 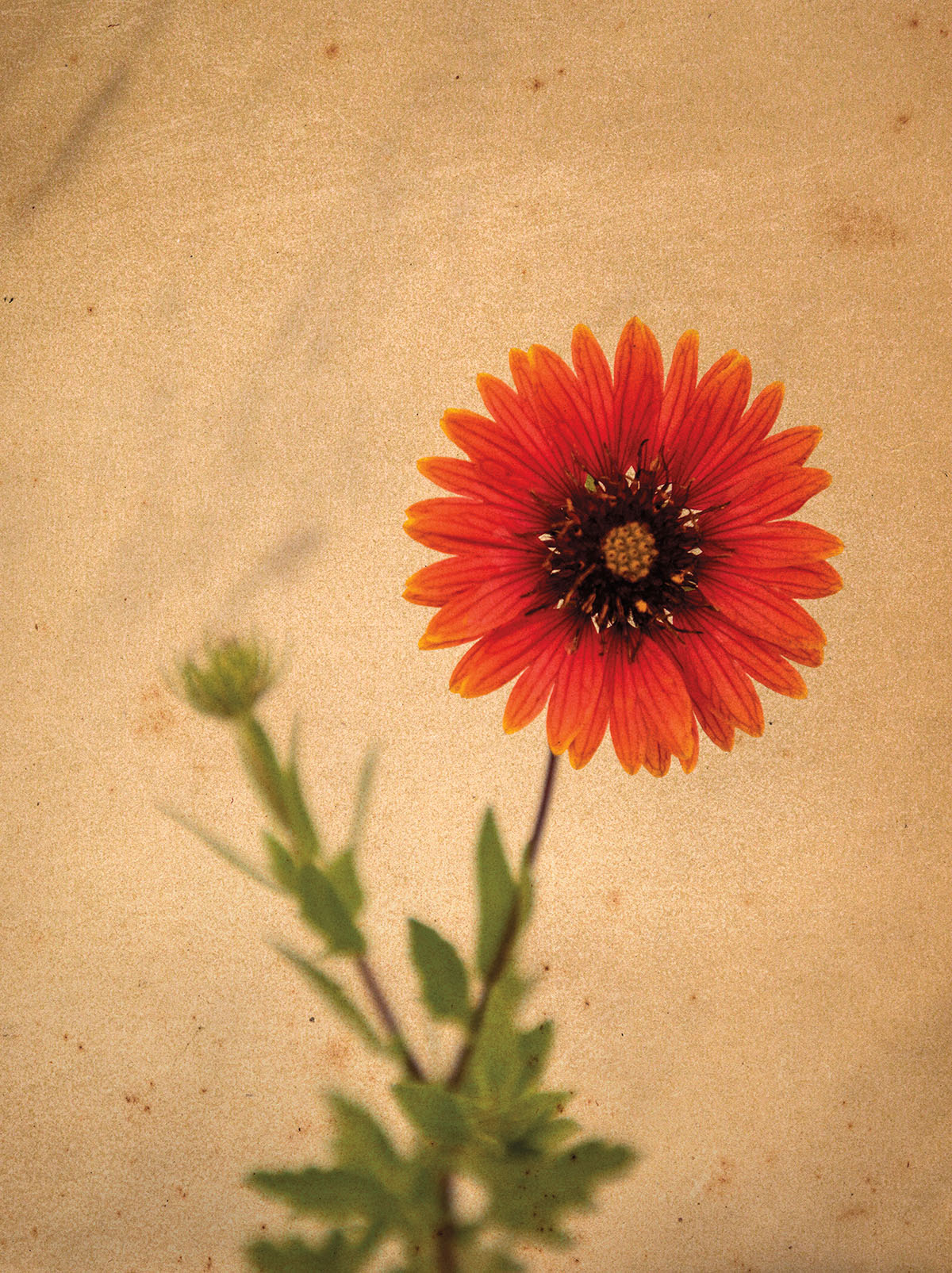 Indian blankets can range in color from red to yellow to brown, but the bicolor “firewheel” variety (pictured right in Ennis) is most recognizable to Texans. They thrive in the heat and bloom sporadically across the dry plains, open areas, and chalky prairies in the western two-thirds of the state. Alongside the bluebonnets, Indian blankets hold a venerable place in Texas lore. They’re the subject of Native American and Mexican legends and are especially beloved by the Kiowa people, who believe the flowers bring good luck. 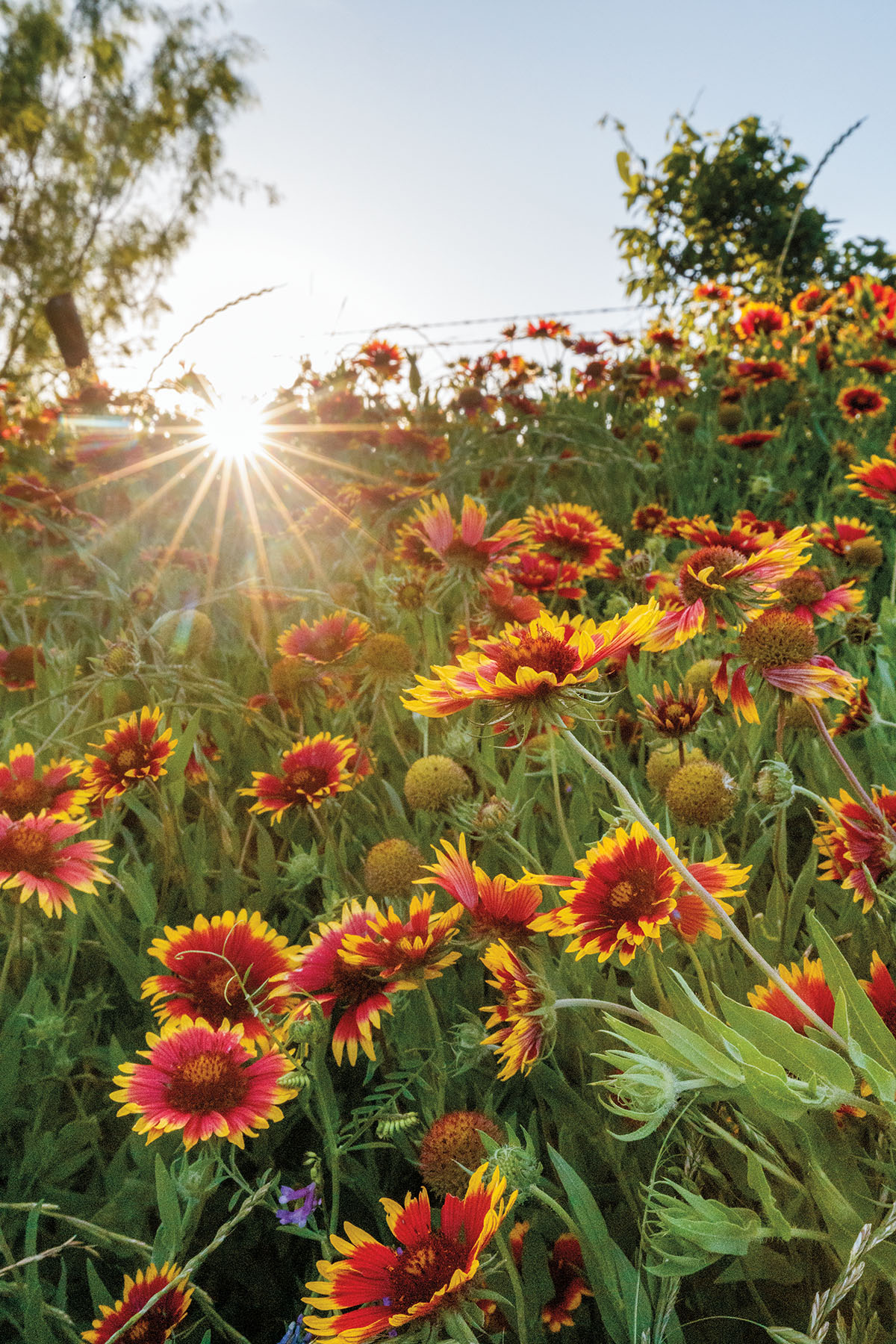 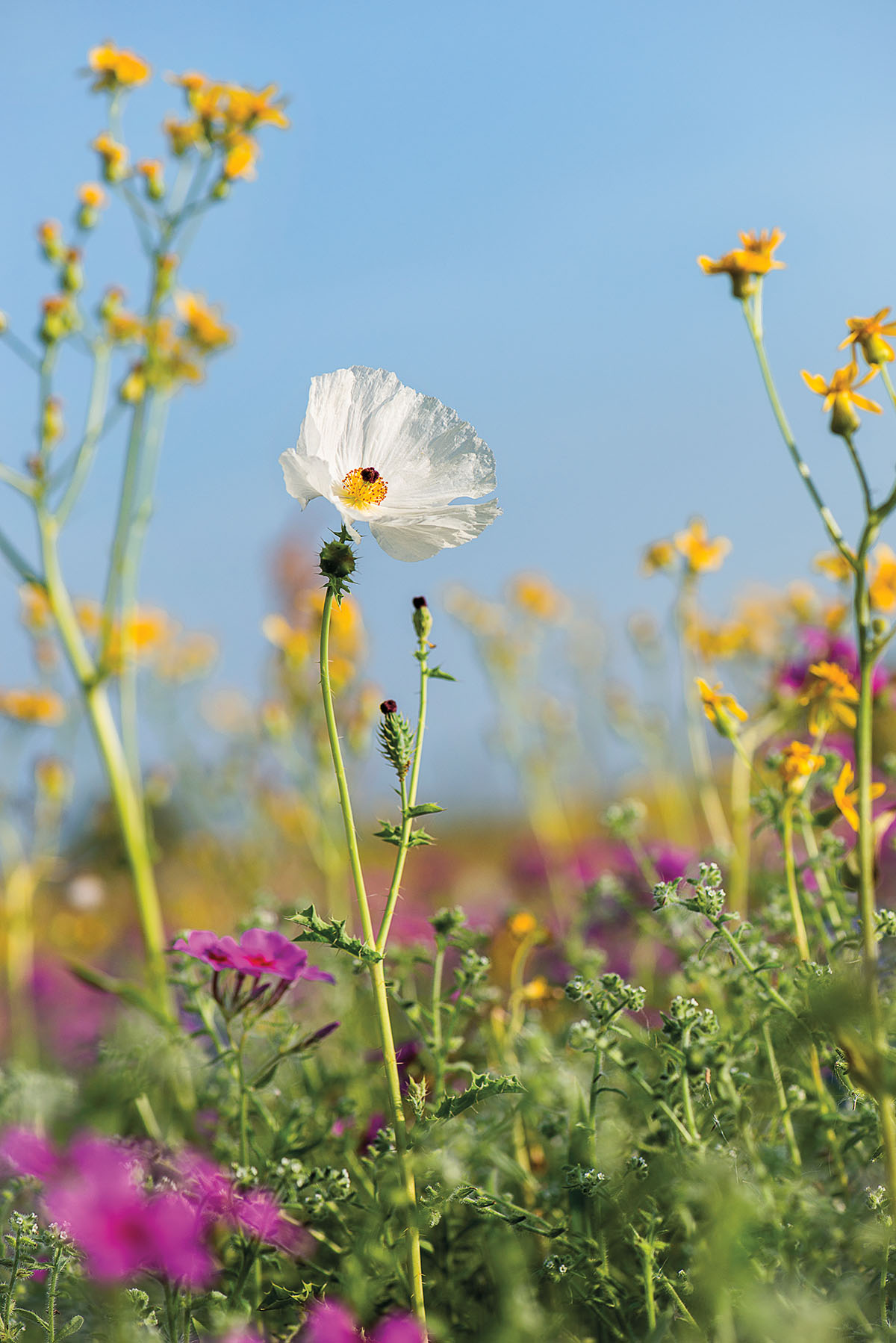 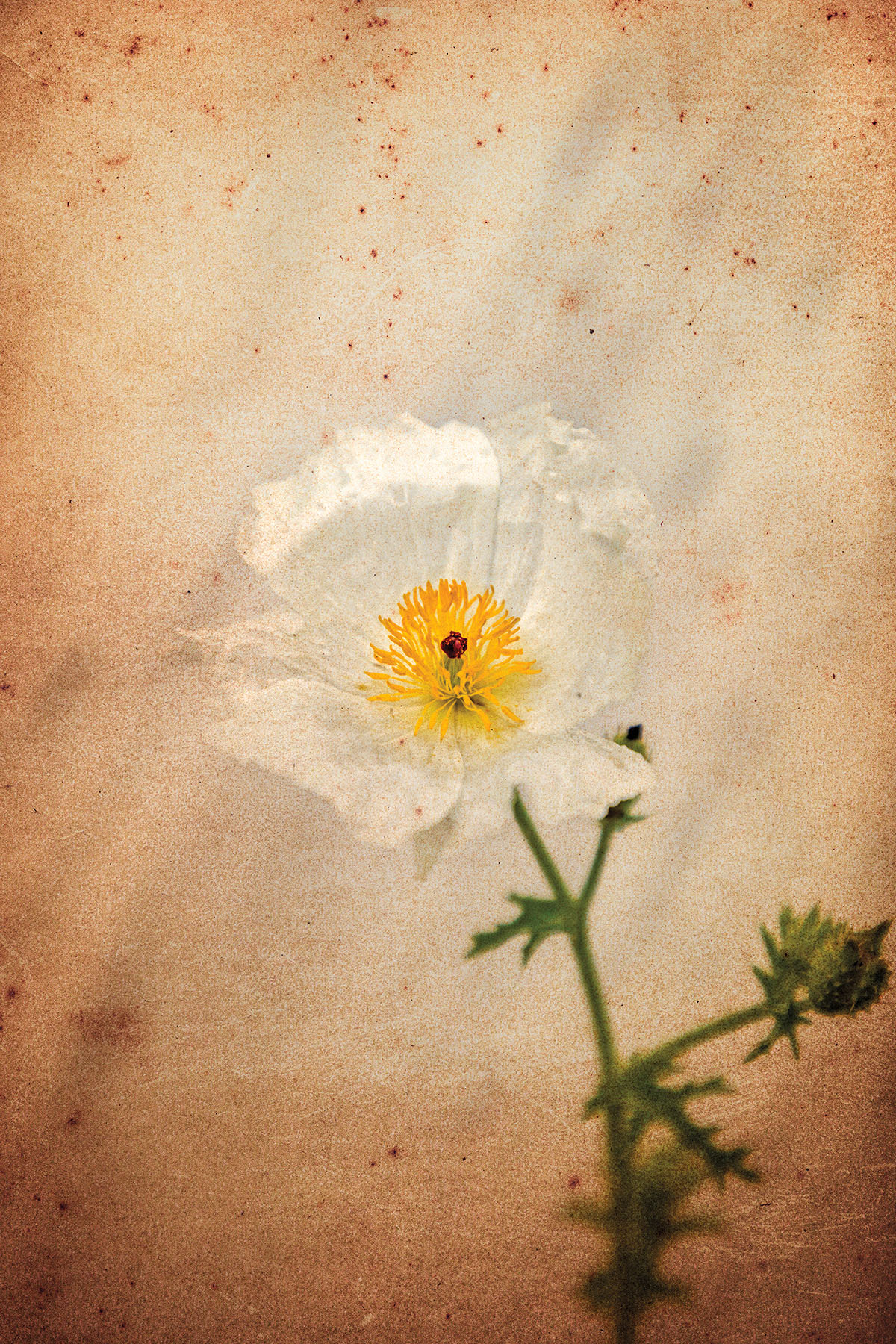 Growing in various Parts of the state, prickly poppies can also have yellow, pink, or lavender petals. The photo on the left was captured in Floresville, southeast of San Antonio. While they’re certainly eye-catching, the sharp stems drive away livestock that would otherwise nibble on them. Prickly poppy was once used as a remedy for cataracts—argema means cataract of the eye in Greek. But don’t try it today—all parts of the plant are known to be poisonous if ingested.

This yellow flower is ubiquitous throughout the state all year long. It can be seen in the Brazoria National Wildlife Refuge and in front of Presidio la Bahia in Goliad. In this photo, they’re situated in East Texas along State Highway 155 between Avinger and Linden. The coreopsis seed resembles a tick, which is why it’s commonly called tickseed. The seed is a tasty snack for many birds—bees and butterflies are also drawn to this sun-loving plant. 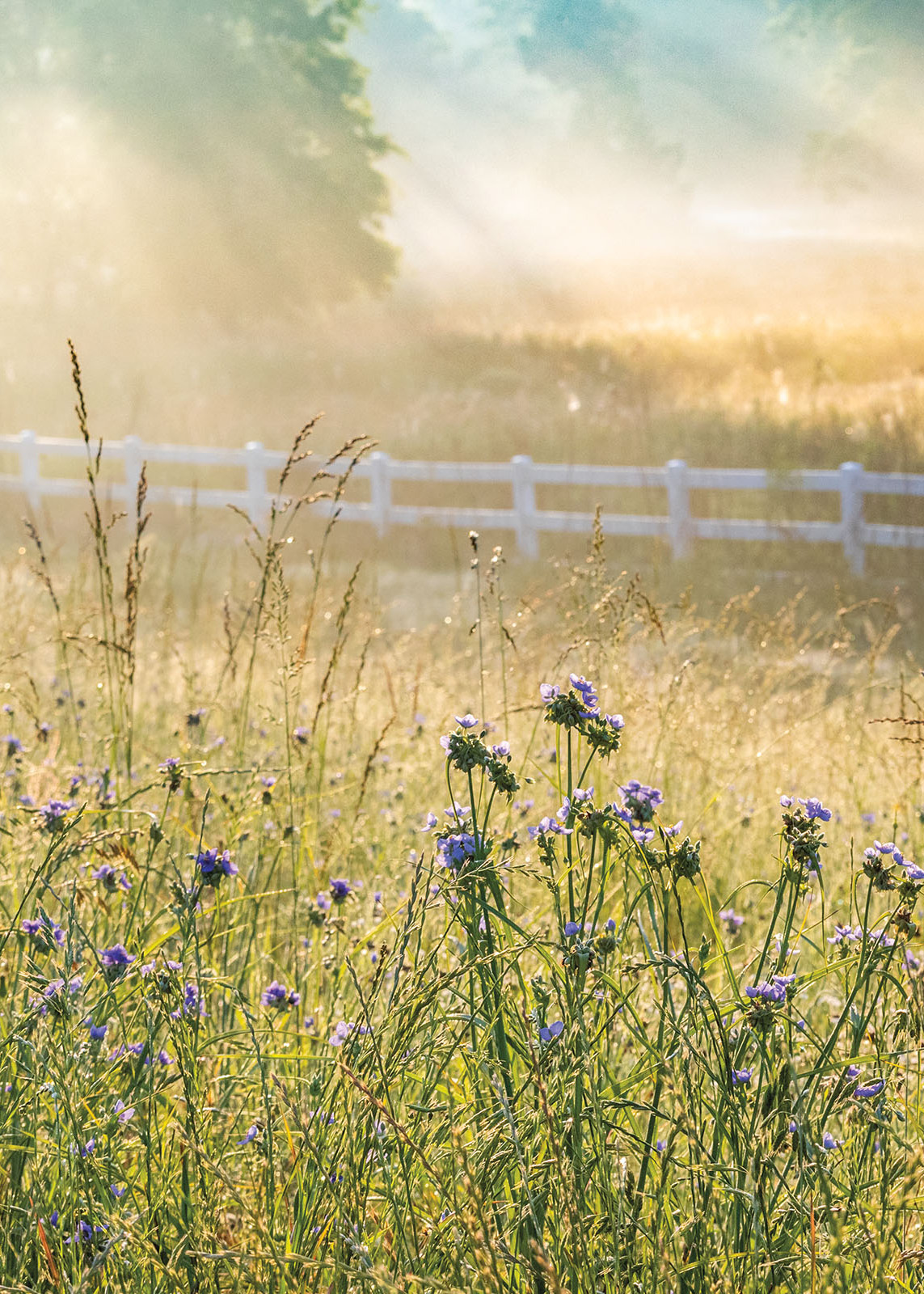 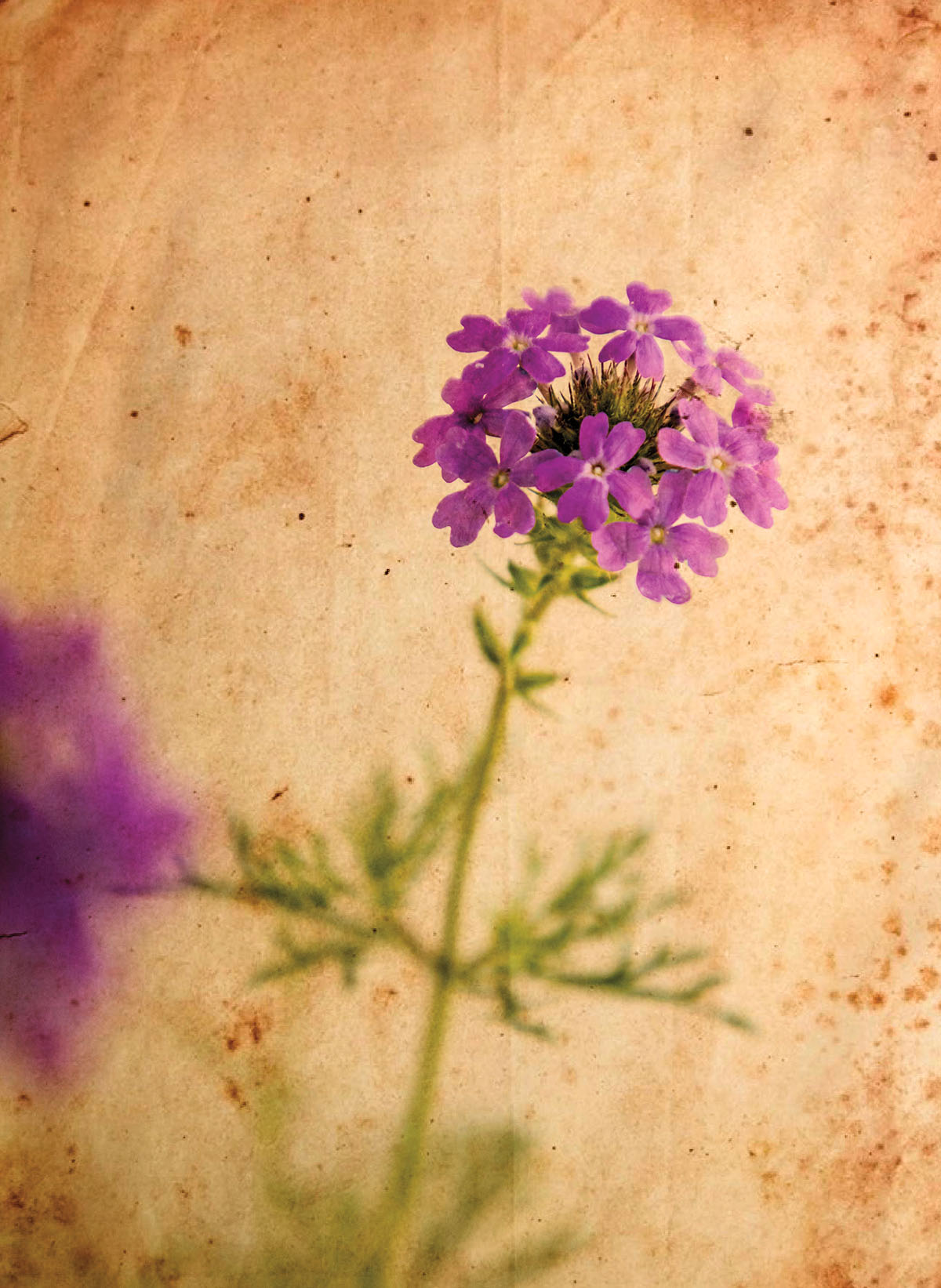 These vibrant purple wildflowers are among the most common in Texas. They can often be found on Ranch Road 470 west of Bandera and around the Highland Lakes in the Hill Country. The blooms are deer-resistant, making them ideal for backyard planting in suburban and rural areas. On the left, giant spiderwort decorates State Highway 50 near Atlanta in East Texas. Tradescantia gigantea is named after John Tradescant the Elder, the 17th-century gardener to Charles I of England. Their hue depends on the soil’s pH—acidic soil creates bluer flowers while alkaline soil produces more pink- and purple-tinged petals.