A Conversation with Austinite Turk Pipkin, a Former Juggling Clown Who Became a Writer, Actor, and Humanitarian 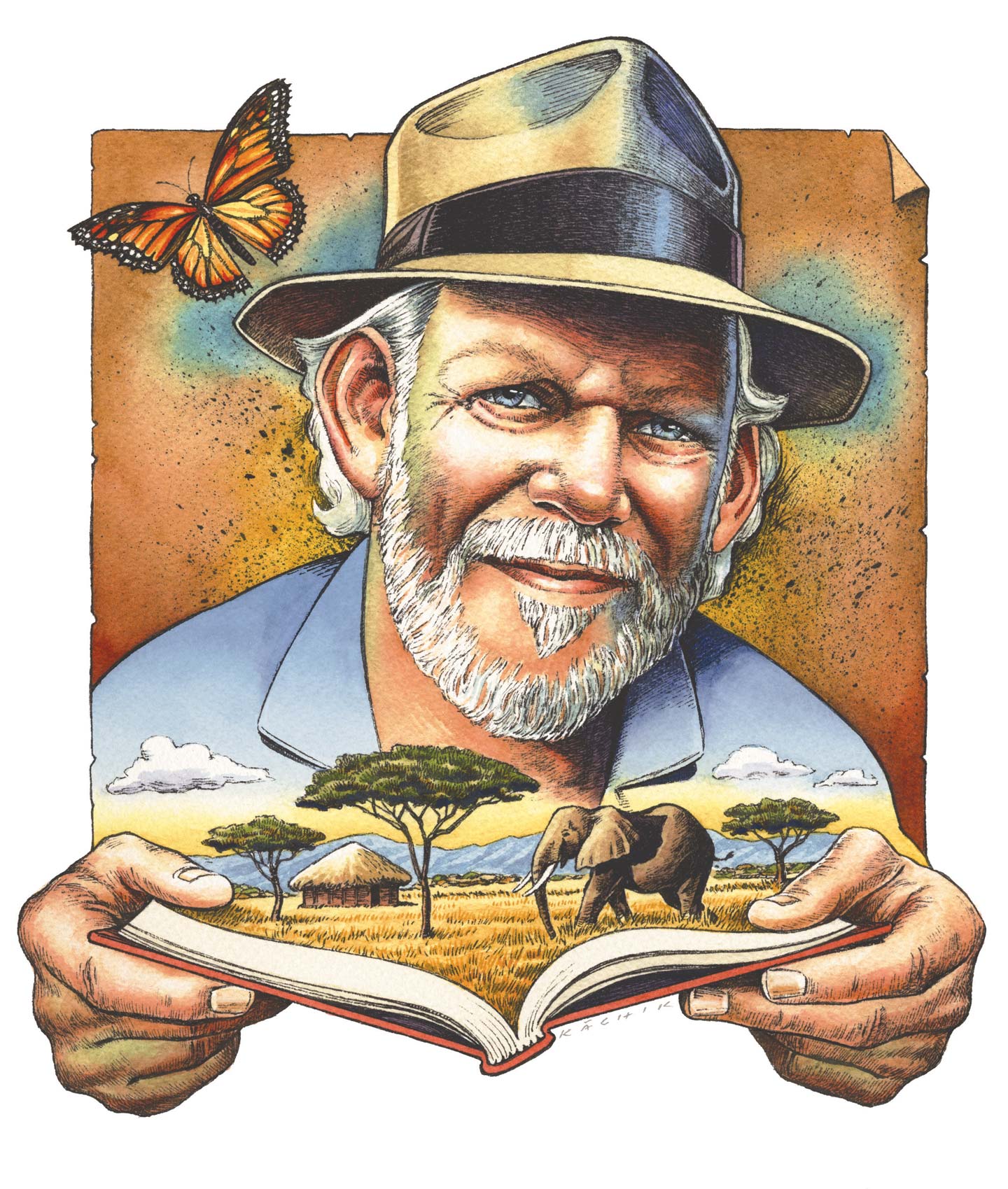 Is Turk Pipkin a humanitarian creator or a creative humanitarian? Both, it’s fair to say. The Austin showman and writer has made a career of mixing his artistic impulses with philanthropic causes in ways that entertain and build support for altruistic projects around the globe.

For more on the Book of the Every Other Month Club and The Nobelity Project, visit turkpipkin.com.

A West Texas native, Pipkin grew up in San Angelo and on his family’s ranch at the headwaters of the South Llano River. His tendencies as a class clown led to a career as a juggling comedian, Hollywood screenwriter and actor, and film director. He’s shared stages with Robin Williams and Harry Anderson; held recurring roles on HBO’s The Sopranos and The Leftovers; and even written a New York Times best-selling book with a famous country musician/golfing buddy—The Tao of Willie: A Guide to Happiness in Your Heart.

In the early 2000s, Pipkin set out to make a documentary exploring the world’s challenges through interviews with Nobel laureates. Nobelity premiered in 2006, the same year Pipkin co-founded The Nobelity Project, a nonprofit dedicated to education and the environment. Nobelity’s work has ranged from building schools in Kenya to protecting monarch butterflies in Mexico and planting trees in Bastrop.

“I don’t know what I would write if I wasn’t from Texas. Texas is really big, and it takes a lot of stories to fill it up.”

Late last year, Pipkin launched his “Book of the Every Other Month Club,” a subscription delivering six new Pipkin works over the year—three novels, a poetry collection, a children’s book, and a collection of screenplays. Each $200 subscription helps pay for the construction of new school libraries in Kenya, including the purchase of six new library books.

Q How did The Nobelity Project start?
A The nonprofit grew out of the Nobelity movie. There were broader issues we were looking at, the most pressing issues we face in the world—energy, water, terrorism, global conflict, hunger, and education. But the longer we’ve been at the work the more we’ve focused on education because all the others are dependent on education.

Q Why focus the book-club fundraising on Kenyan school libraries?
A Almost no rural public school I’ve ever been to in Kenya had a library or any books. They have textbooks; the curriculum is very rigorous. But they don’t have books to read, and it’s reading other books that helps you understand what’s in the textbooks. Plus it’s fun. You develop a love of learning. And so we started building more and more libraries, and we’re trying to build three or four per year.

Q How has being from Texas influenced your writing?
A I don’t know what I would write if I wasn’t from Texas. I’m from San Angelo, which is flat and open, kind of the beginning of West Texas. When I go to San Angelo I always think of Butch Hancock saying, “I’m from Lubbock, where you can see for 50 miles in all directions, but if you stand on a tuna-fish can you can see 100 miles.” You have to have stories. Texas is really big, and it takes stories to fill it all up.

In our April 2019 issue, Turk Pipkin wrote about how, at age 85, Willie Nelson is still living the life he loves »

Q You knew Elmer Kelton in San Angelo. What did you learn from him?
A He was a ranch reporter-writer when I was young, and then he also wrote potboiler Western fiction. Somewhere along the way, he wrote The Time it Never Rained, one of the four or five best books ever written about Texas. He wrote a lot of other good books. But I think the overall lesson is: Writing is writing. It doesn’t matter if you’re writing about wool and mohair prices or about a guy with a six-gun in a Texas Ranger story, or whether you’re writing something true and real out of the drought of the 1950s. Writing is writing, and his was always good.

Q You travel a lot. Why make your home in Austin?
A There’s something magical about Austin. Since the day it was founded, there was an open, creative frontier spirit to this place that has sustained, and it has been the heart of ideas, and music, and books, and film, and politics in Texas. It doesn’t really matter how many tech companies you bring in. Some bad things come as it gets too big, but more and more good things happen too. It’s harder if you’re an artist and you need to have a gallery space or studio space, and rents are off the charts. It’s really tough, and that may drive you to be in some little town that used to be thriving and isn’t thriving anymore.

A hundred artists should go to Menard on the San Saba River and look at all the empty warehouse buildings downtown and go, “Oh my goodness, I could paint here for the rest of my life.” It’s an absolutely gorgeous place, one of the oldest settlements in Texas, and the town’s just waiting to be discovered again. But for me, I’m here. Austin’s my home. I will never live anywhere else. I don’t care how much they screw it up. I’m sticking around.

Q What are some of your favorite places to visit in Texas?
A Devils River State Natural Area is high on the list. It’s the hardest place to get to in Texas. It’s absolutely incredible to have this huge, free-flowing river and Dolan Falls in the desert. It’s amazing. I love Big Bend. I love Marfa. The road between Marfa and Balmorhea that goes over the mountains there—to drive that road in the summer when there are thunderstorms with lightning bouncing off the mountains all around… and then you end up at Balmorhea and this incredible oasis of water. And I’m still connected to the Llano. I spent eight years building a house on the Llano River by Castell. The Castell General Store is one of the great destination spots in Texas—barbecue on Saturdays.

Q How do you make the most of your time while traveling?
A Well, I don’t do jet lag when I travel overseas or when we go to Kenya. You just got to go. Wherever you are right now is what time it is, and that applies to time zones and to anything else you do in your life. It’s only right now.

Q What changes have you noticed over the years in Texas?
A I think the pace of life. We don’t notice over short periods of time the changes in land or the changes in the water flow, but you also don’t notice the changes in your own life. Twenty years ago, I had a Backroads of Texas map and if I were driving to San Antonio or San Angelo or Odessa, I could look and go, “Oh, here’s a way I could go and never be on pavement.” And I’d get lost every once in a while. But these days, you turn on Google Maps, and it’s like, “OK I’ll be there in two hours and 21 minutes.” Is that better than when it used to take me seven hours off-road? I’m not really sure.

Q What’s your hope for the Book of the Every Other Month Club project?
A I want people to love these books the way I do. And I’m trying to sell enough books to get these libraries completely stocked so I don’t just have to write the check myself. But if I have to, I will.