After a Lost Year and a Postponement, Old Settler’s Music Festival Returns near Lockhart

Typically held in April, the festival's celebration of roots music, camping, and community moved to October for 2021 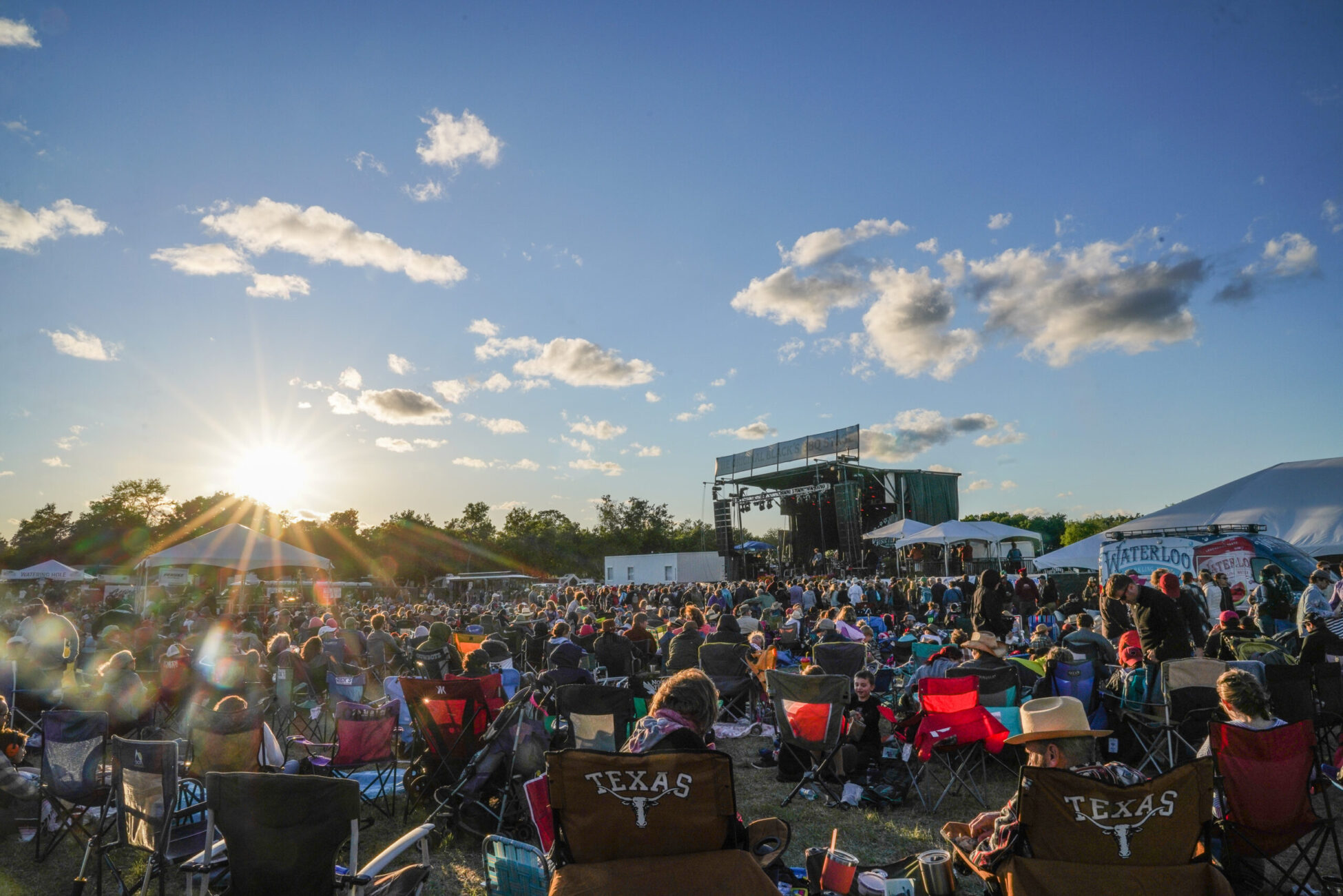 The Little Festival That Could is coming back.

“We’re excited about getting the family back together,” Diana Harrell, director of the Old Settler’s Music Festival, says. Harrell isn’t talking about a reunion of blood relatives, but about her festival family—the organizers and volunteers who stage the annual event. After three stressful years when its future felt uncertain, Old Settler’s rolls out its 34th edition next week—Oct. 21-24—in Caldwell County. The festival will take place at The Homestead, the relatively new, permanent site for the festival on 145 acres of rolling prairie near the community of Tilmon, southeast of Lockhart.

That’s quite a leap from the festival’s origins as a Sunday bluegrass jam session at Old Settlers Park in Round Rock. In 1987, the informal weekly picking session turned into a daylong bluegrass festival sponsored by the Central Texas Bluegrass Association. Thirteen years later in 2000, a group of volunteers took over from the bluegrass association and moved the event moved to Dripping Springs to accommodate growing crowds. Two years later, the festival moved again to the Salt Lick BBQ Pavilion on Onion Creek in Driftwood, southwest of Austin, and expanded into a three-day event with camping.

At the Driftwood site, Old Settlers grew into the major roots music festival it is today. The nonprofit festival lost the Driftwood location after the 2017 event, which led it to find and purchase its own location outright. Festivals were staged in Tilmon in April of 2018 and 2019—drawing around 16,000 attendees per year—but the 2020 event was cancelled due to the pandemic, and this year’s fest was delayed until autumn. The COVID cancellations led to the layoff of in 2020 of Jean Spivey, the festival’s executive director and sole paid employee 2020. Spivey, who started as a volunteer, oversaw the festival for 14 years during its expansion from a local event to a major international festival.

Harrell and festival board president Kevin Vaughn, both volunteers themselves, contend that volunteer spirit defines the festival. The festival relies on the efforts of about 500 volunteers who get free admission in exchange for their labor. At press time, volunteers were still being solicited.

“This is a generational festival” Harrell said. “Kids who were brought to the festival have grown up and are bringing their families back to Old Settler’s. We’re run by a volunteer group. Many volunteers have been with us for many, many years, so it feels like a family reunion.” 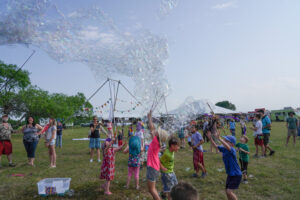 You don’t go to Old Settler’s only to see a show. You go to camp out or park your RV (about three-quarters of attendees over the four-day event are overnight campers), make new friends and renew old friendships, hang out, and even make your own music when the performing stages are quiet. Organizers emphasize that Old Settler’s is family-focused and kid-friendly. It’s not a wild and wooly rock fest—“I’m afraid those kind of people would feel out of place here,” Vaughn gently observed—but rather a gathering celebrating (mostly) acoustic music in the wide open spaces.

The 2019 festival went so smoothly, Caldwell County Judge Hoppy Haden told organizers, “We are excited you guys are getting going again,” according to the Lockhart Post-Register.

At the Caldwell County Commissioners Court meeting this summer where a permit was approved for the rescheduled October dates, “The county sheriff got up and spoke very positively about the festival and the organization, and the absence of problems [at previous fests],” Vaughn says.

The festival organizers appreciate the community’s support. Vaughn cites the McMahan Women’s Club. “For the past two festivals has come out to serve pancake breakfasts to the campers. It works as a fundraiser for them, and it’s a real nice to be able to roll out of your tent or RV and have pancakes, bacon, and sausage.”

This year’s fest also marks the introduction of electricity for the 30 acres of campground, fully powered by renewable energy. The new grid eliminates annoying generator noise “so friends can actually hear the tunes floating from one pickin’ circle to the next.”

Among the national and international acts on the bill are Jade Bird, Cedric Burnside, Sam Bush, the Traveling McCourys, and Steve Poltz.  The Youth Talent Competition will be staged Saturday.

Old Settler’s Music Festival is Oct. 21-24 at The Homestead festival grounds in Tilmon. Tickets and camping range from $50-$950.