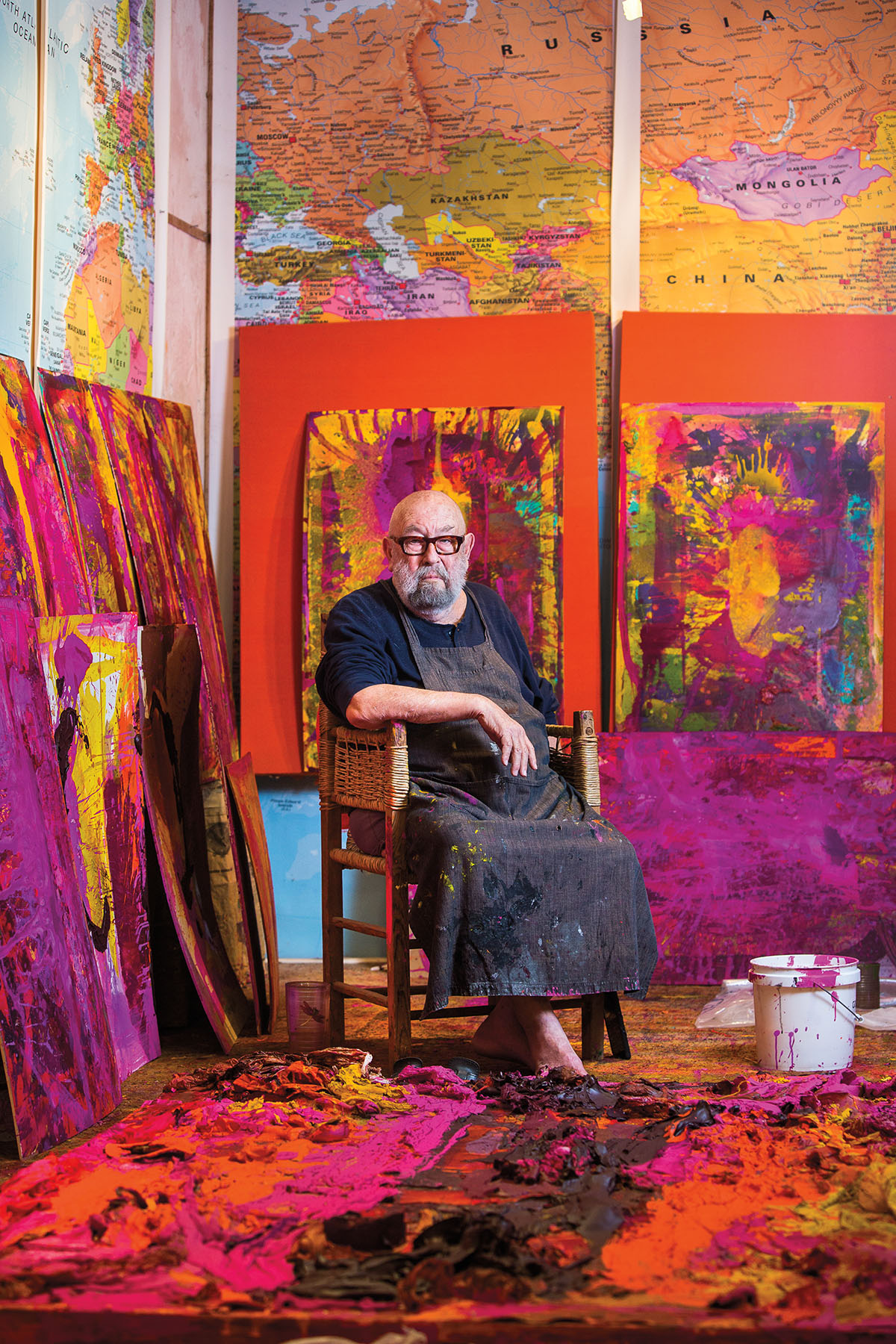 Artist Michael Tracy inside his studio in San Ygnacio.

A work crew was doing maintenance in the small South Texas town of San Ygnacio a decade ago when one of its machines malfunctioned, spraying a ragged strip of asphalt primer along the north facade of the Treviño-Uribe Rancho. This modest complex of one-story stone buildings, the oldest of which dates to 1830, was originally built to protect Mexican ranchers from Comanche raids. What most residents simply call “the fort” had recently been purchased by the River Pierce Foundation, created by Ohio-born artist Michael Tracy, who intended to restore the site to its former condition and turn it into a house museum. The work crew apologized, but Tracy was furious.

“It wasn’t an accident,” he told me in January. We were having dinner at one of several houses and studios in San Ygnacio owned by him and his foundation, whose original purpose was to fund artist residencies but grew in scope to include historic preservation. Since moving there in 1978, the hard-living, kurta-clad artist and his historical restoration projects have divided opinion in this town of about 700 people, nearly all of them Mexican American. Now 78, the artist is increasingly preoccupied with his legacy in San Ygnacio. What will happen to the many historic buildings he owns around town after his death? It’s unclear whether the River Pierce Foundation, which has always relied on Tracy’s wealth and connections, can survive without him. Then again, it’s a minor miracle San Ygnacio’s history has been preserved at all. 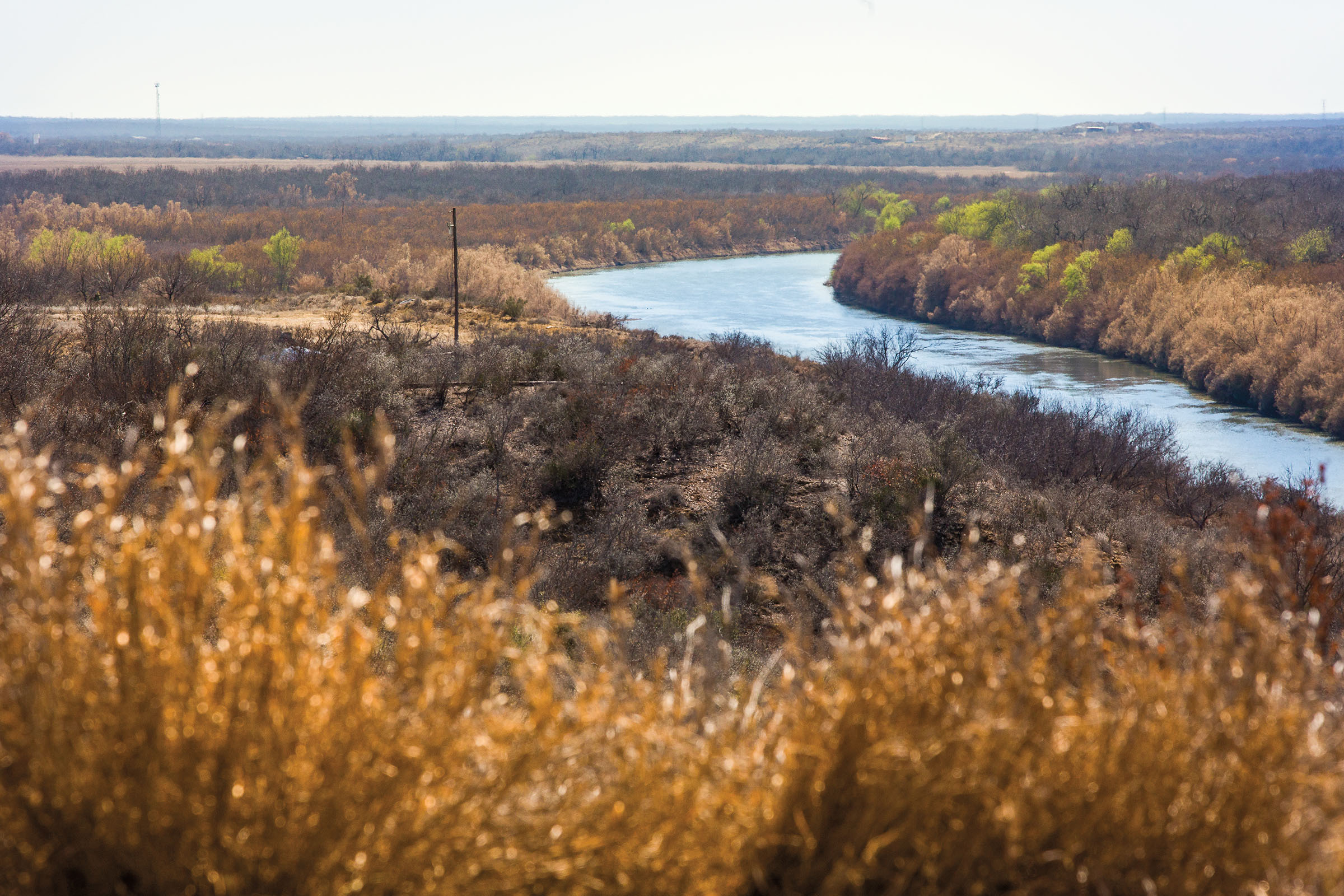 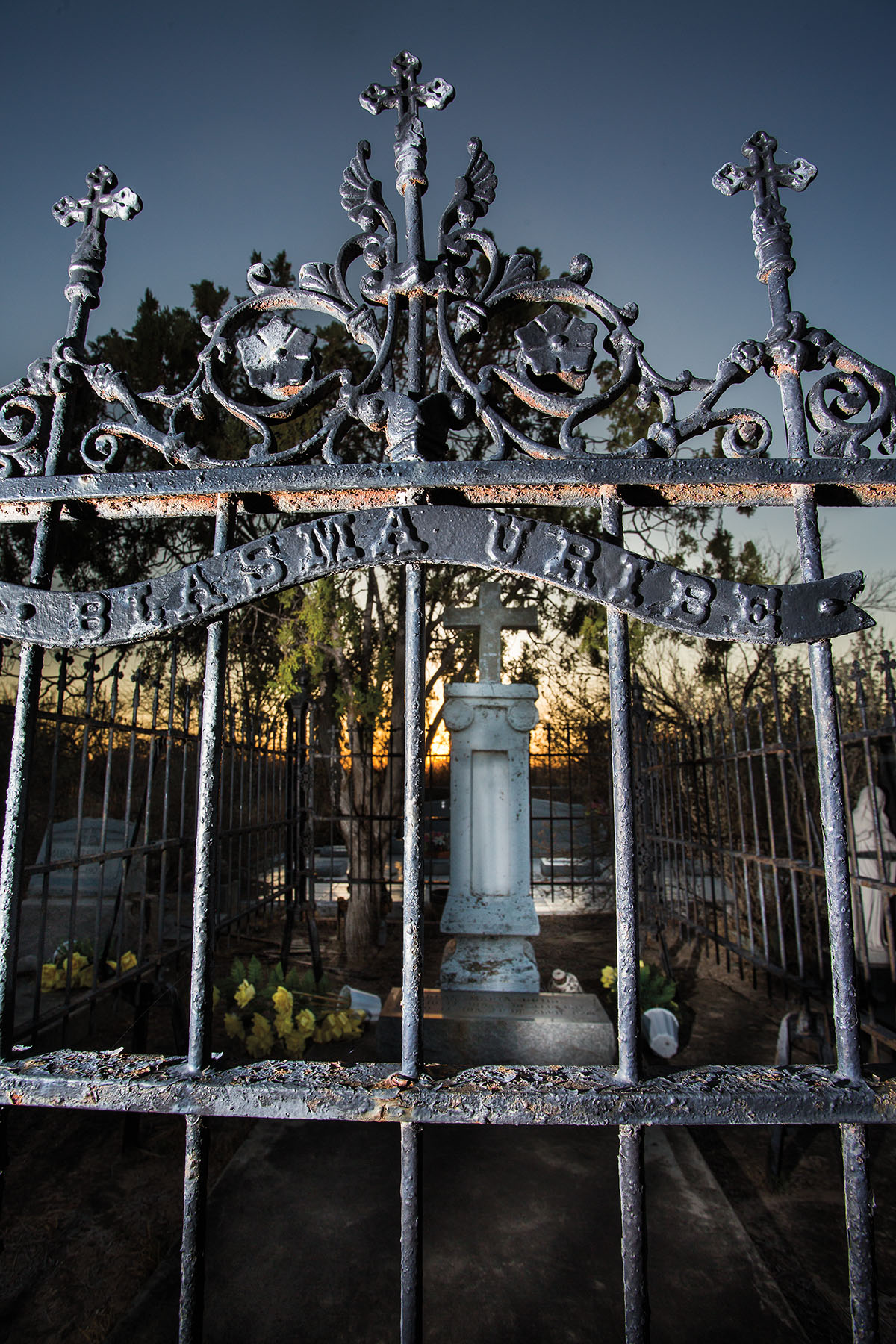 The story of San Ygnacio and the fort begins with its founder, Don Jesús Treviño. In the late 1820s, the wealthy rancher from nearby Revilla bought 125,000 acres of arid brushland straddling the Rio Grande, 35 miles south of present-day Laredo in the recently established state of Coahuila y Texas. To protect his new rancho from Comanche raiders, Treviño built a one-room stone fort on a mesquite-covered bluff overlooking the east bank of the river. Against the odds, Rancho San Ygnacio survived the tumultuous political events of the ensuing decades. The Texas Revolution made little impact on Treviño’s remote outpost, but the annexation of Texas by the United States in 1845, and the subsequent Mexican-American War, changed everything by establishing the Rio Grande as the border between the two nations.

A Laredo Morning Times reporter once called San Ygnacio “the most Mexican of all Texas border villages.”

South Texas soon fell under attack from a new kind of raider: emboldened Anglos contesting the property rights of settlers like the Treviños. To secure possession of the land, Treviño’s heirs (Treviño himself died in 1843) moved to the American side of the border in 1851, taking up residence in the fort and adding a series of rooms. Under the leadership of Treviño’s son-in-law, Blas María Uribe, a small community of ranch hands and their families grew up around the fort, most living in jacales, thatched wattle-and-daub huts.

It’s hard to believe San Ygnacio still exists. When the U.S. and Mexican governments joined forces in the 1950s to build Falcon Dam on the Rio Grande, San Ygnacio and many other upstream communities on both sides of the border were condemned to make room for the new reservoir. Most of the communities accepted buyouts, but San Ygnacio residents fought back, citing the town’s cultural heritage and its location above the reservoir’s maximum water level.

The town was spared and is now one of the oldest continually inhabited communities in South Texas. Laid out around a sleepy central plaza is a grid of streets lined with 19th-century stone buildings, wooden bungalows, and a handful of modern mansions—evidence of the oil money that has accrued to a few locals. There are two cemeteries, an elementary school, and a church, but no restaurants, bars, grocery stores, or stop lights. A Laredo Morning Times reporter once called San Ygnacio “the most Mexican of all Texas border villages.” 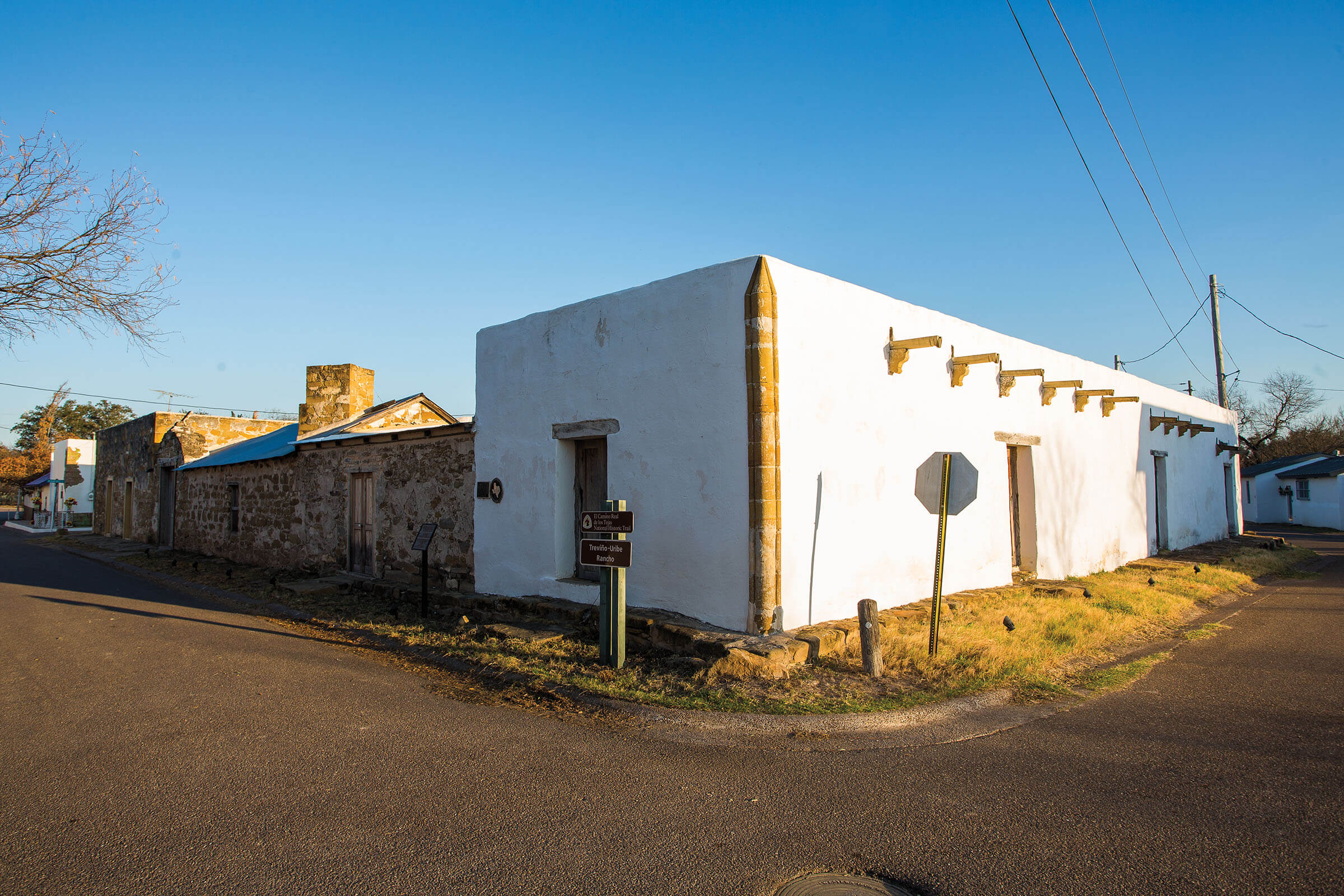 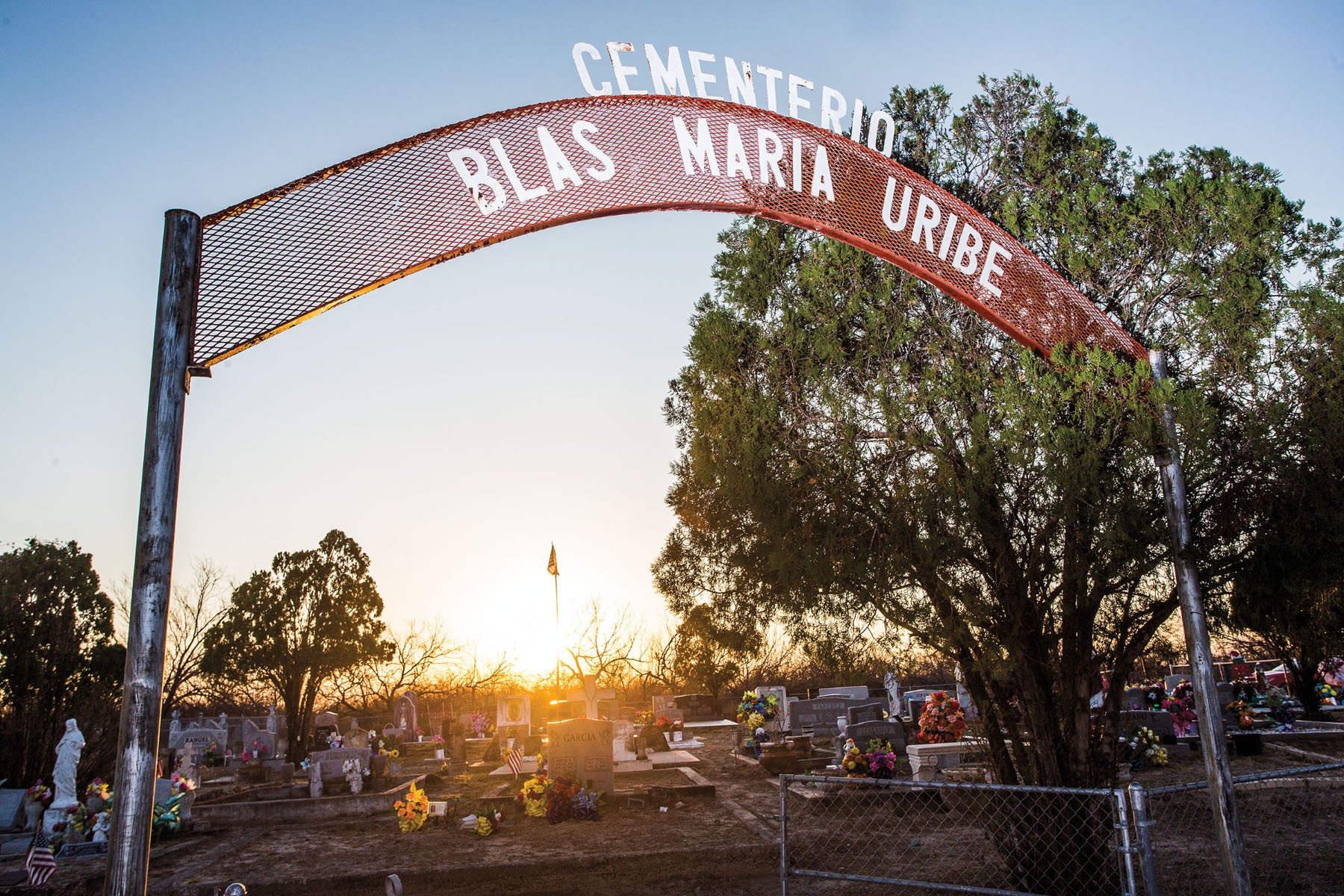 Many of the town’s founders reside in Uribe-Martínez Cemetery.

Tracy felt spiritually drawn to Mexico since first coming to Texas to attend St. Edward’s University in Austin. He was living in Galveston in the 1970s when a series of arson fires near his studio spurred him to begin looking for a new place to live. He and his then-boyfriend, Henry Estrada, spent months driving around the state and checked out San Ygnacio on the recommendation of a friend. For an artist seeking solitude and creative inspiration, the remote village seemed perfect.

“This part of the world is very crucial,” Tracy told me. “People lived here, and had culture and civilization, before there was electricity, before there were delineations of political power.” Raised Roman Catholic, Tracy had long incorporated religious imagery into his sculptures, performance art, and paintings. In 1990 he staged Sacrifice II: The River Pierce, an elaborately choreographed piece that involved dozens of costumed volunteers dragging an enormous wood cross to the Rio Grande, lighting it on fire, and setting it afloat.

As Tracy’s career flourished, he used the proceeds from selling his art to purchase and restore a series of historic buildings in San Ygnacio. He staged extravagant parties for visiting clients, turning San Ygnacio into an unlikely art destination, much like Donald Judd was doing in Marfa. “We would wine them and dine them, and they would buy things,” recalled Estrada, who worked for a time as Tracy’s studio manager. “It became almost a badge of honor for people in the art world to say, ‘Oh, we visited Michael Tracy in San Ygnacio.’”

Between 1998 and 2008, Tracy’s River Pierce Foundation raised funds to purchase the town’s fort complex from descendants of the original families, some of whom were still living there as late as the 1980s. Tracy wanted to restore the deteriorating rancho so both locals and outsiders could experience the town’s history firsthand.

This took longer than he anticipated. Although the site was designated a National Historic Landmark in 1997, it took another decade to stabilize the buildings, conduct archaeological research, and fully restore the complex. These efforts cost about $500,000, including a $270,000 grant from the National Park Service and nearly as much in matching funds from donors like the Houston-based Brown Foundation. 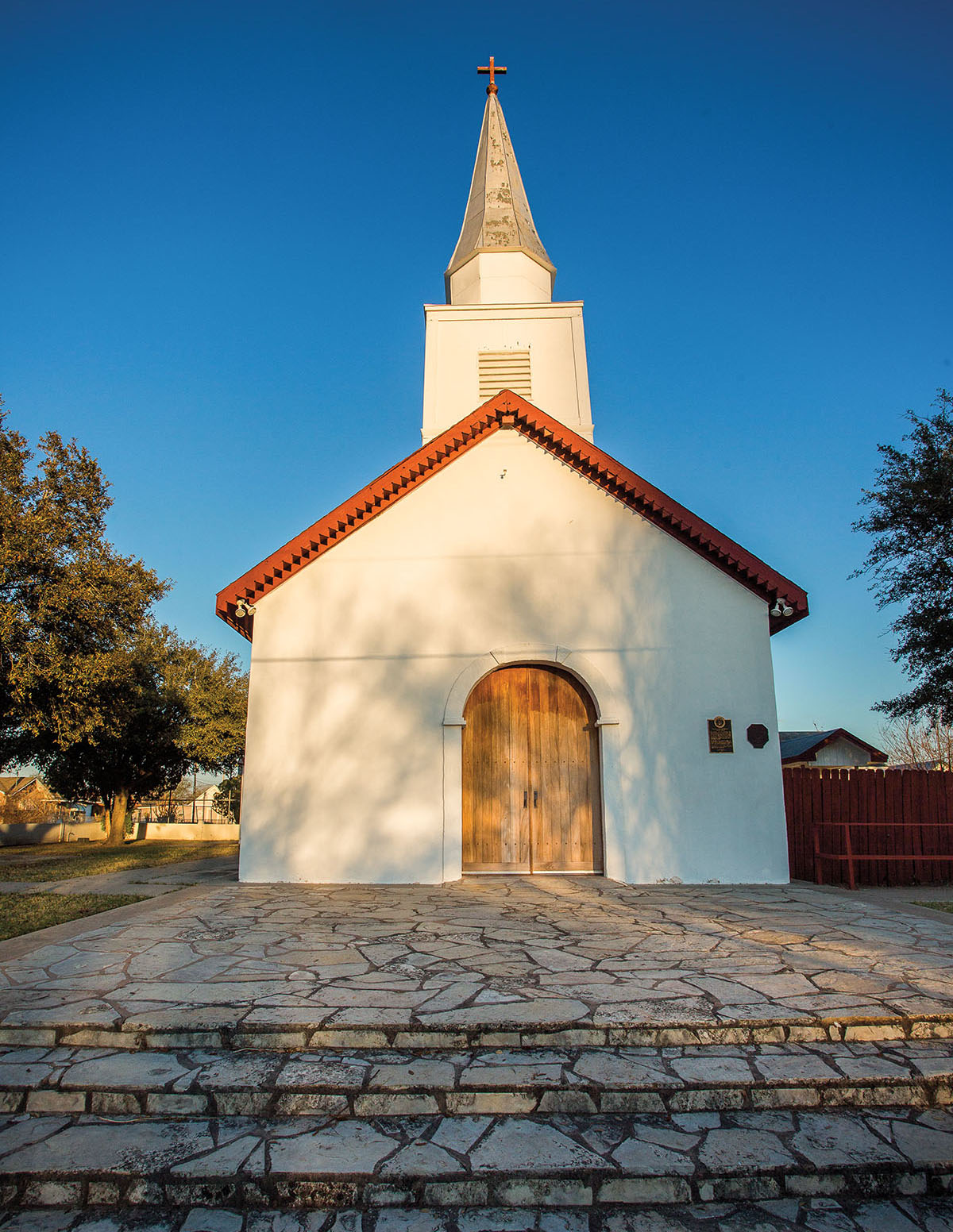 What to see and where to stay.

Uribe-Martínez Cemetery
The smaller of San Ygnacio’s two cemeteries is the final resting place of many of the town’s founders, including
Blas María Uribe.
Ruiz Road.

“Like any great piece of historic architecture, it’s a physical manifestation of a time that doesn’t exist anymore,” said Frank Rotnofsky, the project’s lead preservation architect. “It tells the story of the ranching heritage of South Texas. We think about the Fort Worth Stockyards and the cowboys, but it all started down here.” The fort opened to the public in 2009, charging no admission. Before the pandemic, it attracted about 3,000 visitors a year, many of them naturalists drawn to the Rio Grande Valley for birding and butterflying.

But Tracy himself grew ambivalent about the restoration, especially as the builders kept uncovering evidence of a Comanche and Lipan Apache presence that predated the Mexicans’ arrival. He found himself siding with “the people who were outside the walls, not on the inside,” Tracy said. “Once you’ve made that identification in your soul, there is no going back—you don’t have much compassion for these people who had no right to be here in the first place.” 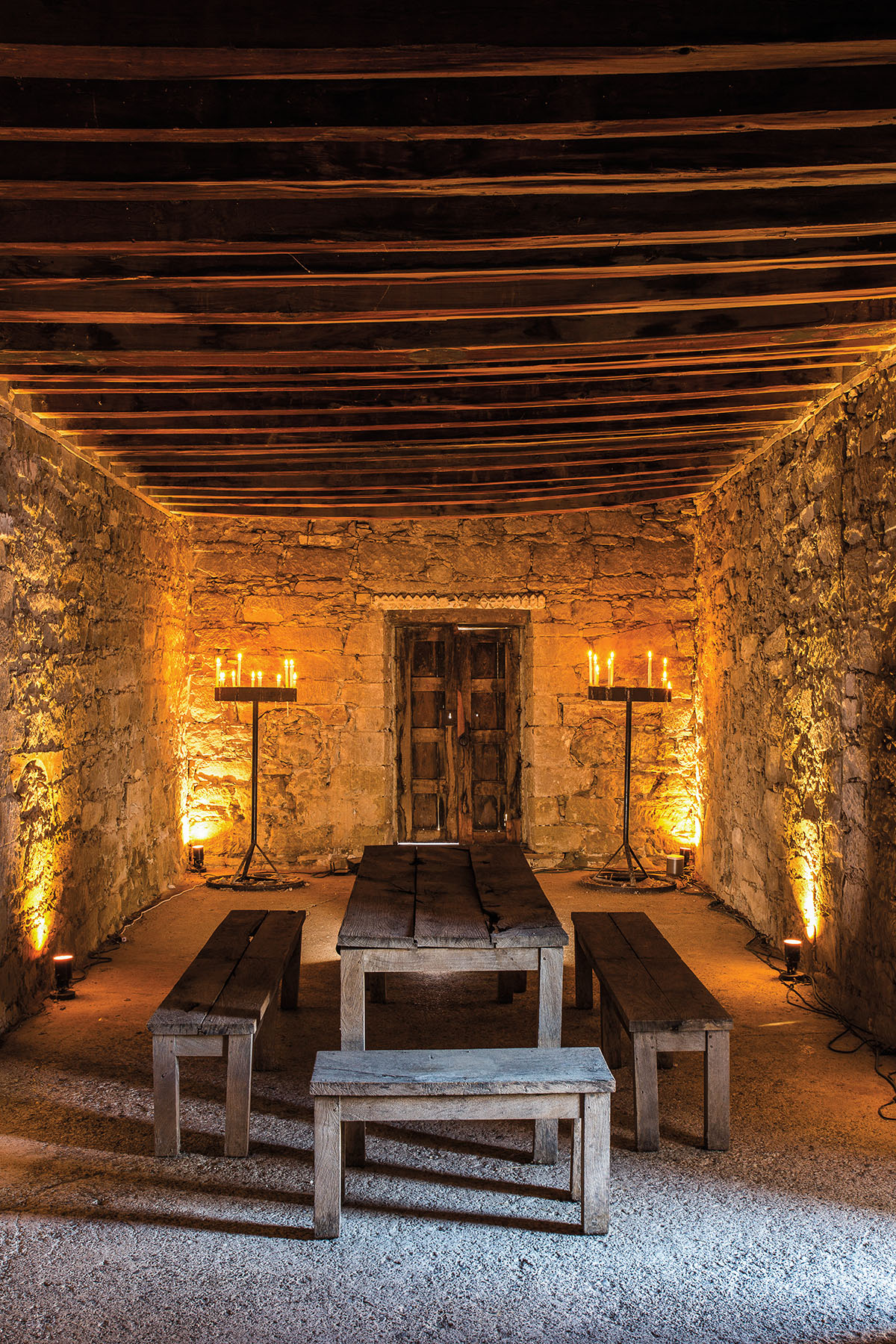 Some of the town’s residents began to wonder what right Tracy himself had to be there. They were losing patience with the artist’s perceived high-handedness. “If he sees you modifying something on your house, and it’s in the historic district, he’ll come right up to you and say, ‘What the hell are you doing?’” said Christopher Rincón, the River Pierce Foundation’s executive director. “A lot of people feel like, what does it matter? This is my house.”

Ester García, a teacher aide at San Ygnacio’s A.L. Benavides Elementary School, blames cultural differences for some of the friction. “Michael has a really loud voice, and people think he’s mad at them,” García said. “He’ll say, ‘I’m not mad, I just talk like that.’ But people get scared.” The grievances run both ways. Tracy often feels like he’s the only one in town interested in historic preservation. “They don’t like it because they didn’t do it first,” Tracy told me.

Nobody denies Tracy’s generosity. He has contributed to countless charitable efforts in town, and his free summer camp for kids, focusing on archaeology and local history, is wildly popular. “He has a rough exterior, but he’s a really nice guy inside,” García said. “And he doesn’t care if you’re against him or not; he’ll still help you out.” García’s three children attended Tracy’s summer camp and the eldest became so fascinated by the fort that he later got married there.

With his financial resources, Tracy could have upped sticks years ago. He stays in San Ygnacio because, despite his frustrations, he’s come to feel at home in what he ruefully calls “this godforsaken place.” When he dies, he would like to hand control of the Treviño-Uribe Rancho and the other historic buildings he owns to a worthy organization.

“If I’m passionate, it’s not because of the architectural layout of the buildings,” he explained. “It’s because there has been civilization here for a long time that needs to be respected. This is not a backwater.”