‘The Father of Texas Painting’ Lives on Via Twitter 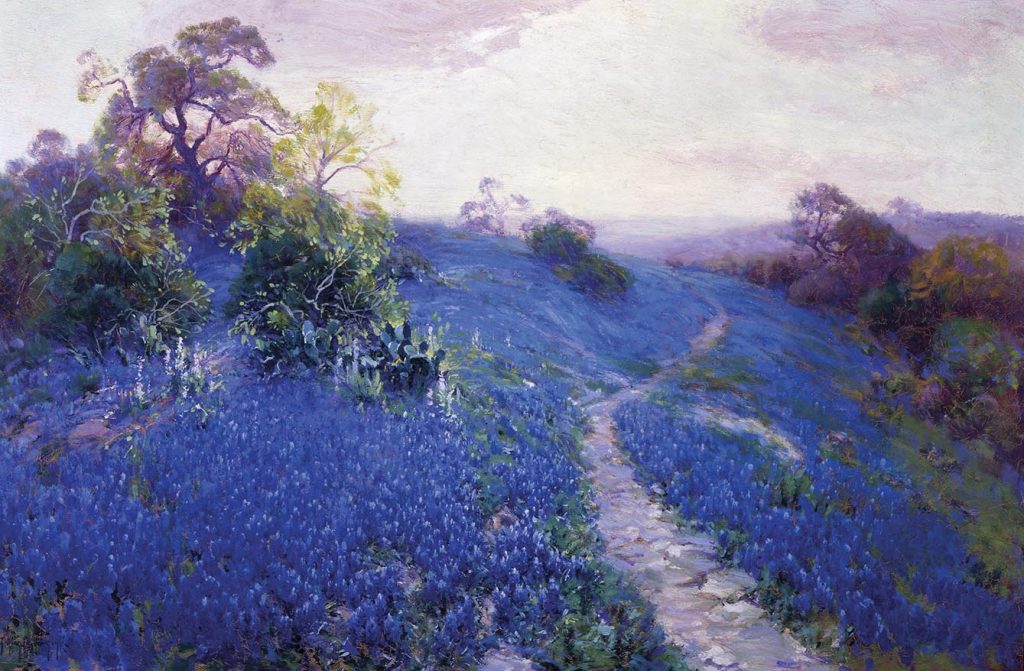 Legislators named the bluebonnet the state flower in 1901, but the man who would become famous for painting them, Julian Onderdonk, was leaving Texas for New York at the time. Up north, Onderdonk studied with painters Robert Henri and William Merritt Chase, who convinced him to get outside in the open air and pay close attention to light and shadow. After years of struggle in New York, Onderdonk returned to his hometown of San Antonio in 1909. With fresh eyes on his native state, he found his ultimate subject, and painted the bluebonnet-covered landscapes that would make his name. Tragically, he died at the peak of his success in 1922, at only 40 years old, but he left a trail of imitators behind. Some now call him “the father of Texas painting.”

The feed is an “art bot” created by Andrei Taraschuk, a Colorado-based, Russian-born software engineer. In a 2018 Ignite Boulder talk, Taraschuk described it as a social media account that runs on autopilot. “I know what you guys are thinking,” he joked. “‘Oh no, not another Russian building bots.’” But instead of spreading disinformation, he’s on a mission to beautify social media. He’s trained hundreds of art bots—a whole “network of dead artists” including @agnesmartinart, @rauschenbergbot, and @edekooning—to follow each other and retweet each other’s work. Taraschuk estimates the bots have shared over 1 million pieces of art. For Texans who can’t get enough of bluebonnet season, following @julianonderdonk is like being served fresh flowers all year long.