"This is a story of sheer determination to follow a dream. ... He simply was not going to be denied the life he always wanted to live." 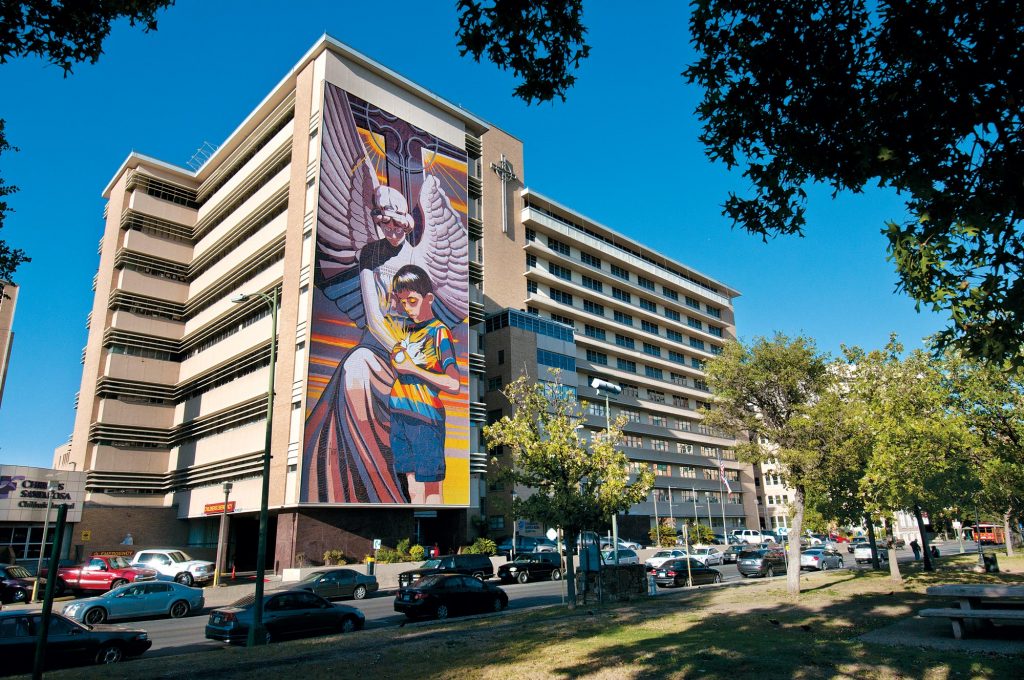 In over 30 years as a journalist, San Marcos writer and Texas Highways contributor Anthony Head has covered everything from high school basketball in Indiana to politics in Chicago to the culinary arts of Los Angeles, where he was an editor with Bon Appétit magazine.

But in 2011, he found a topic worth writing a book about when he met San Antonio artist Jesse Treviño while researching an article for Texas Highways. The result is the new biography Spirit: The Life and Art of Jesse Treviño, released today by Texas A&M University Press.

Treviño is internationally known for realist paintings and public artworks representing the history and cultural institutions of Mexican Americans. We asked Head about his experience writing the book. 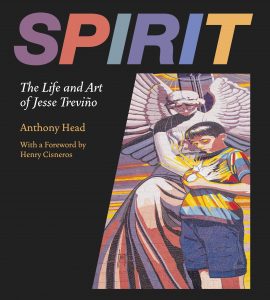 How did you learn about Jesse Treviño and what inspired you to write a biography of him?

Head: In 2011 I visited the (now closed) Museo Alameda, where Jesse had a one-man show, Mi Vida, and I quite liked his art. But I really fell for his history. He was born in Monterrey, Mexico, in 1946, but grew up in San Antonio’s West Side as an exceptionally talented artist. But he was drafted and sent to Vietnam in 1966. Under heavy fire, he sustained life-threatening injuries including to his right arm, which he painted with. Eventually, that arm was amputated below the elbow, but not after Jesse had already started training himself to live left-handed—especially as an artist.

Jesse painted the buildings, the people, the cars and pick-up trucks that populated his West Side neighborhood. This was all going on at the same time that Mexican Americans were fighting for civil rights guarantees, and Jesse’s art soon became recognized nationally not only for its technical brilliance but for its cultural significance.

Did Treviño cooperate with the book project?

Head: Jesse, who is still very much alive and working, did his best to cooperate. He’s an artist with an artist’s temperament, so at first he was very busy with work and hard to pin down. A couple years into the project he was diagnosed with throat cancer. He has since recovered, but lingering discomfort—along with constant pain from his war injuries that have plagued him since 1967—made our sessions difficult at times. He can be intensely private, so he was definitely nervous about so many people reading about his life.

What distinguishes Treviño’s artwork from others?

Head: In a word: size. Jesse learned early on to go big or go home. Along with his portraiture, he’s produced several murals of immense size in San Antonio, including the 100-foot-long La Historia Chicana at Our Lady of the Lake University, the 40-foot-tall three-dimensional La Veladora of Our Lady of Guadalupe at the Guadalupe Cultural Arts Center, and the Spirit of Healing, a nine-story, hand-cut tile mural on the side of Children’s Hospital. 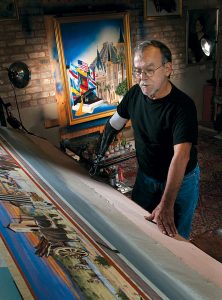 How has Treviño influenced San Antonio?

Head: Jesse’s early work depicting everyday life in San Antonio was part of a pioneering artistic movement among Hispanics to express themselves creatively. His current phase of work is in the sphere of public art, because he doesn’t want all his art under lock and key in a museum. He wants everyone to see and enjoy his works, and I think city governments everywhere have found the civic value in helping to fund local, public art.

What do you hope readers take away from the book?

Head: At its heart, this is a story of sheer determination to follow a dream. When he was at his lowest, Jesse found faith in himself to continue working. He simply was not going to be denied the life he always wanted to live.