Terry Allen Dishes on Lubbock (And Everything)

The pioneering singer and artist is back with a new album, March performances, and a new home for his archives on the High Plains of Texas 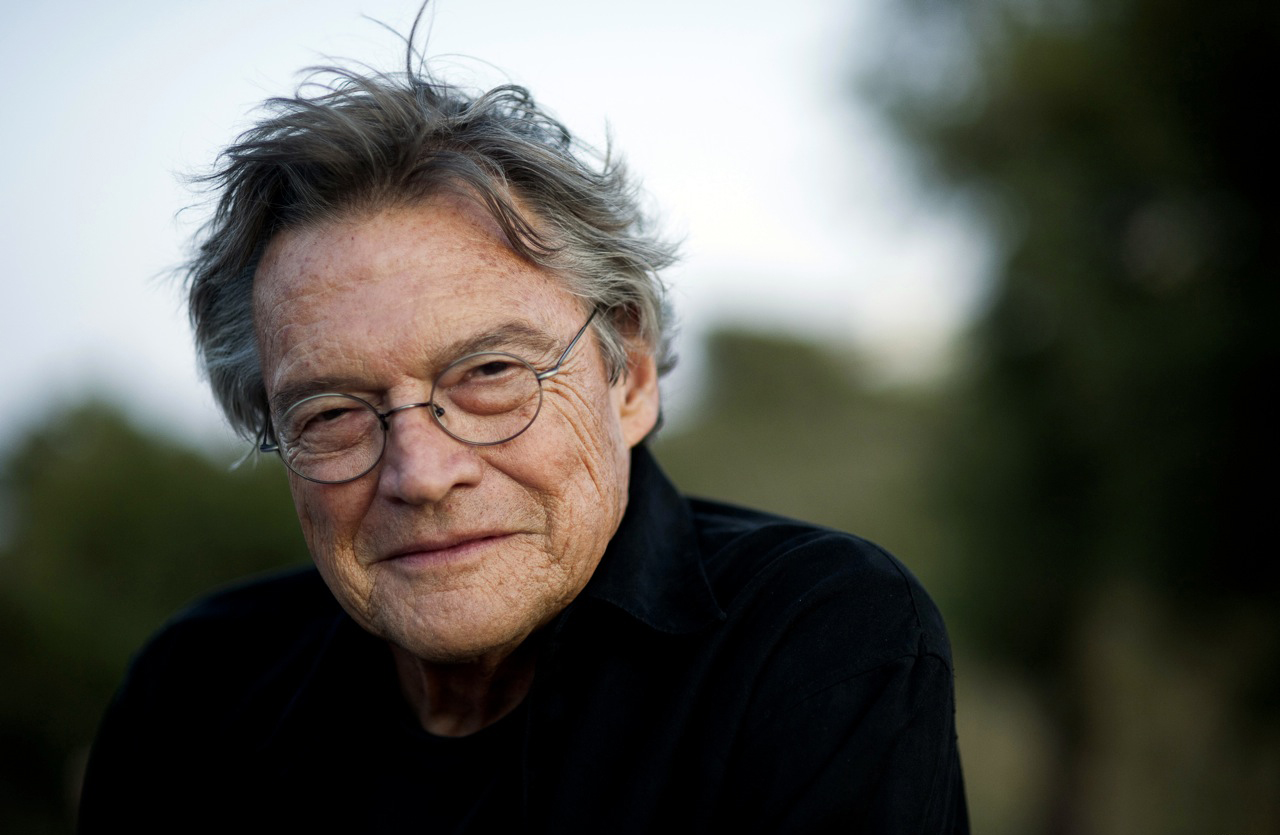 Terry Allen, twangy as all get out, wears many hats—not that you’ll catch him in a Stetson. The pioneering Texas country singer enjoys a cult following for his first two albums: Juarez, released in 1975, and 1979’s Lubbock (On Everything), which introduced the world to “Amarillo Highway,” the closest he’s come to a hit. “I don’t wear no Stetson,” Allen sings in that song’s most quoted line, “but I’m willin’ to bet, son, that I’m as big a Texan as you are.”

Allen’s swaggering boast, dripping with more than a little irony, has permeated the state’s musical culture (helped along by the Robert Earl Keen cover 14 years later). But singer-songwriter is only a small piece of the 75-year-old’s portfolio. The husband of artist and fellow Lubbock native Jo Harvey, Allen is better known to the art world as a blithely boundary-ignoring sculptor and painter, playwright, and video producer, often incorporating a wide variety of work into major conceptual art installations. And he’s not afraid to get weird: Early on in his career, Allen said during a recent interview, he realized that art could be taken in infinite directions.

“When you have that kind of freedom,” he said, “you also have an equal amount of responsibility to try to be as truthful as you can to whatever your ideas are.”

Still telling the truth as he sees it, Allen has a very busy year lined up. On Feb. 15, Texas Tech University unveiled the Terry and Jo Harvey Allen Collection, which contains more than half a century’s worth of the couple’s personal journals, audio and visual recordings, and other materials. Allen is also working on a new batch of songs, which he hopes to record and release by year’s end, and he’s scheduled to play a few live shows:

On March 22, Allen will also release a new record featuring much more than music. Pedal Steal + Four Corners collects four of his radio plays and long-form narrative audio works—2.5 hours of cinematic songs, stories, and “country-concrète sound collage.” For the casual fan who mostly knows Allen from the hilariously true-to-Texas songs on Lubbock (On Everything)—this year is the album’s 40th anniversary, by the way—listening to his more avant-garde stuff can feel a bit like watching Allen’s fabled truckload of art that turns over and burns near the highway. Nobody knows what it means.

Take, for instance, opening track Pedal Steal. The play begins with the sounds of tuning guitars, footsteps, and the chirps of crickets, which quickly give way to stories told by Terry and Jo Harvey Allen, followed by part of Allen’s catchy song “Billy the Boy,” which drifts into a tacky radio ad for McDonald’s, then a Native American chant that Allen wrote and had translated into Navajo, crescendoing with highly distorted power riffs by Lloyd Maines on steel guitar. Butch Hancock then recites Allen’s poem set in the Wild West and a motel room room full of “broken glass like rhinestones on the sheets.” And that’s just the first 10 or so minutes of a 36-minute play that originally served as the soundtrack for a dance performance in San Francisco.

Context helps: Pedal Steal combines the stories of two characters, outlaw Billy the Kid and a legendary pedal-steel guitarist named Wayne Gailey, who once rambled through the Southwest. Allen’s play Bleeder was composed for NPR and is inspired by the saga of a hemophiliac gambler Allen grew up with. And the satisfying story told in Dugout, which also first aired on NPR, introduces listeners to Allen’s mother, a jazz pianist, and his father, a baseball player called up for one season in the big leagues and who later ran music halls and wrestling arenas in Lubbock.

Allen and Jo Harvey, who decamped from Lubbock soon after high school in 1962, now divide their time between Santa Fe and Austin. 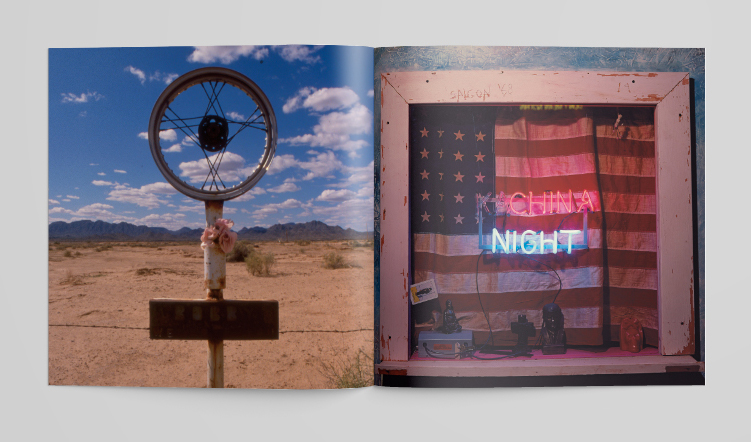 Audio dramas seemed like an outmoded art form before podcasts came along, and yet you’ve been producing them for decades. Did you listen to radio plays when you were a kid?

Oh yeah, I grew up listening to all the serials: The Shadow, The Green Hornet, all of the Western stuff. You know, that’s what you did. You even sat down in the living room and looked at the radio waiting for shows to happen, just like people were anticipating TV. Radio was another doorway to the world and to imagination. And my family always told stories. Stories were always in the air from the time I was born. I grew up hearing stories about old ballplayers, stories about old musicians from both of my folks. So it wasn’t just radio. The whole environment I grew up in was filled with stories.

How was growing up in Lubbock?

Well, there’s a question we could talk the next five hours about. When I grew up there, Lubbock was a very conservative town, and it was probably one of the last times in America where you had to kind of make your own fun. There wasn’t a lot of prefabricated entertainment. There wasn’t TV. There was radio, and I’ve always thought radio opened the imagination much more. Even a cretin can sit down and listen to the radio and form an image in your head of what’s going on. Television just feeds you the images. You don’t have to use your imagination that much.

I had a really good childhood, and I never thought about it until I got in high school, and then pretty much I wanted out of there as soon as I could get a driver’s license. Once you got that car with a radio in it, it opened the door to the world, to pretty much everything. Important things in your life, most of them happened in a car with the radio playing a song. It’s a generality, but it’s the truth.

People are often driving cars in the art you make. Do you still like taking long drives across Texas and the Southwest?

I love to drive in West Texas. I still love coming up on the Caprock and that flat land. I always feel an ease when I come off the bottomland onto that flat Caprock and the Llano Estacado, driving with an endless horizon all around you.

You’re a little younger than fellow High Plains natives Buddy Holly and Waylon Jennings and a little older than the famous guys in The Flatlanders. Why has so much great music come out of Lubbock?

I think it’s boredom, you know? At least in those days, you played music, you did something, you made your own world. When rock ’n’ roll came along it opened the door to the entire world. It altered everything. Everybody wanted to grab an instrument. In my family, I grew up around music. My dad used to have dances on the weekends, and I grew up working for him from the time I was about 6 years old. Mother was a piano player, so music was a given. I think rock ’n’ roll became a whole new animal that happened to all of these kids at the same time, and it was especially powerful in Lubbock and rural areas with a very conservative atmosphere—something to buck up against.

Did your mom really get kicked out of SMU for playing jazz in Deep Ellum?

That’s what she always said. I’m not gonna dispute it.

You’ve been described as an artist who straddles “the frontiers of country music and conceptual art.” How do words, images, and songs come together for you?

First of all, I don’t think of them that separately. I think of them pretty much as one thing. One informs the other, it just depends on what an idea is and where it takes you, and the necessity that you feel as an artist whether it becomes a song, sculpture, story; they’re all coming from the same source, which I think is your imagination and your curiosity about the world.

Why have you said that your songs are meant to be played while driving?

I usually think of music as motion. The quickest thing I could go to with motion was to drive. I’ve written a lot of songs or started a lot of songs in cars—the rhythm, that movement, and that monotony. Motion and the idea of motion, I think, have always been important in all of what I do. Somebody asked me once the definition of art, and I just immediately said, “To get out of town.” And I kind of think that’s still true to me. It’s a place to go somewhere else. Whether it’s internal motion or literal motion, it’s both.

What was it like doing experimental theater with Jo Harvey in the 1960s, when she also hosted the weekly radio show Rawhide and Roses in Los Angeles?

Jo Harvey really just told stories. I played songs, but she told the stories. Some related to songs, some didn’t—it didn’t matter. Mostly she just told stories about her family and growing up in Lubbock and all of that stuff. It was definitely our first collaborative thing in retrospect, and we’ve collaborated on a lot of things since then, as well as worked separately. Theater’s always been there because, again, it goes back to stories.

Is it fair to say most people come to your work via Lubbock (On Everything)?

I don’t know; it’s had so many lives. Juarez had so many different lives. Reissues from [record label] Paradise of Bachelors opened a whole new world for both of those records. I don’t have a favorite. I don’t have a favorite stepchild. They’re all important to me enough to do at time I did ‘em. Somebody will say, well, why don’t you do Lubbock (On Everything) again? That’s like saying, why don’t you go live on the moon? Because that was done in a particular time, and there’s no way you could replicate that. Not that I could anyway, nor have any interest whatsoever.

How do you feel about your and Jo Harvey’s archives coming back to Lubbock?

I think it’s great for us. We grew up there, our lives started there, left there, went out into the world, and it’s kind of this amazing circle. I think both of us are very excited about it being there, and the fact that the work will be accessible and not just stuck somewhere else. So we’re very excited, both of us, and our kids are too, because they’re not going to have to deal with it. [Texas Tech] took boxes and boxes and boxes, and they’re just now beginning the process of going through things. Because we’re still alive, it’s a living archive, so we’re hoping we can use it to make some really good things happen.