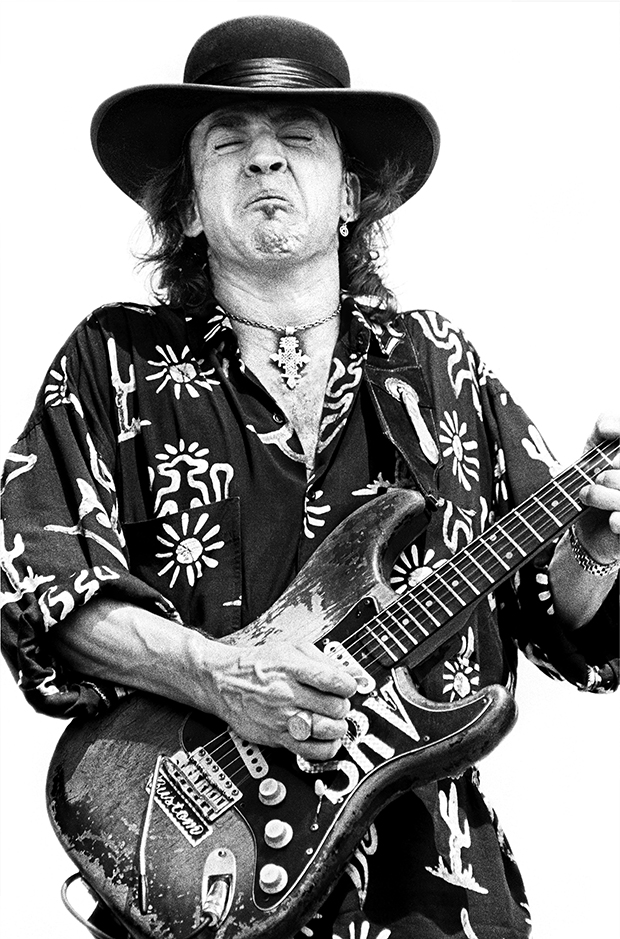 A one-of-a-kind Stevie Ray Vaughan exhibit, curated by The Grammy Museum at L.A. LIVE, opens Friday, March 10, at the Bullock Texas State History Museum in Austin. It’s the exhibit’s final stop and it’s the only stop in Texas.

In 1994, the city of Austin erected the Stevie Ray Vaughan Memorial Statue at Auditorium Shores on Lady Bird Lake, the site of a number of Vaughan’s concerts. The bronze sculpture, by Ralph Helmick, is on the Lady Bird Like Hike and Bike Trail closest to South 1st and Riverside Drive.

“Pride & Joy: The Texas Blues of Stevie Ray Vaughan” offer an in-depth look at the iconic career of Vaughan, a legendary Texas bluesman who was born in Dallas and made his career in Austin. He was a world-renowned guitar player who made an enormous impact on the history and widespread popularity of Texas blues.

With his astonishingly accomplished guitar playing, Stevie Ray Vaughan ignited the blues revival of the 1980s. He drew equally from bluesmen like Albert King, Buddy Guy, and Albert Collins and rock ‘n’ roll players like Jimi Hendrix and Lonnie Mack, as well as jazz guitarists like Kenny Burrell and Wes Montgomery, developing a uniquely eclectic and fiery style that sounded like no other guitarist.

Vaughan bridged the gap between blues and rock like no other artist had since the late 1960s. From 1983 to 1990, Stevie Ray was the leading light in American blues, consistently selling out concerts while his albums regularly went gold. His tragic death in 1990 at age 35 cut short a brilliant career in blues and American rock, just as he was on the brink of superstardom.

“I’m excited to partner with the Bullock and GRAMMY Museum to honor my brother and his music,” says Jimmie Vaughan, who is a guest curator for the exhibit. “I know Stevie’s many Texas fans will enjoy this exhibit, as many of his personal, never-before-seen items will be on display. I hope by doing this, it will remind people of the incredible musician he was and all the music and love he gave to the world. I miss him every day.” 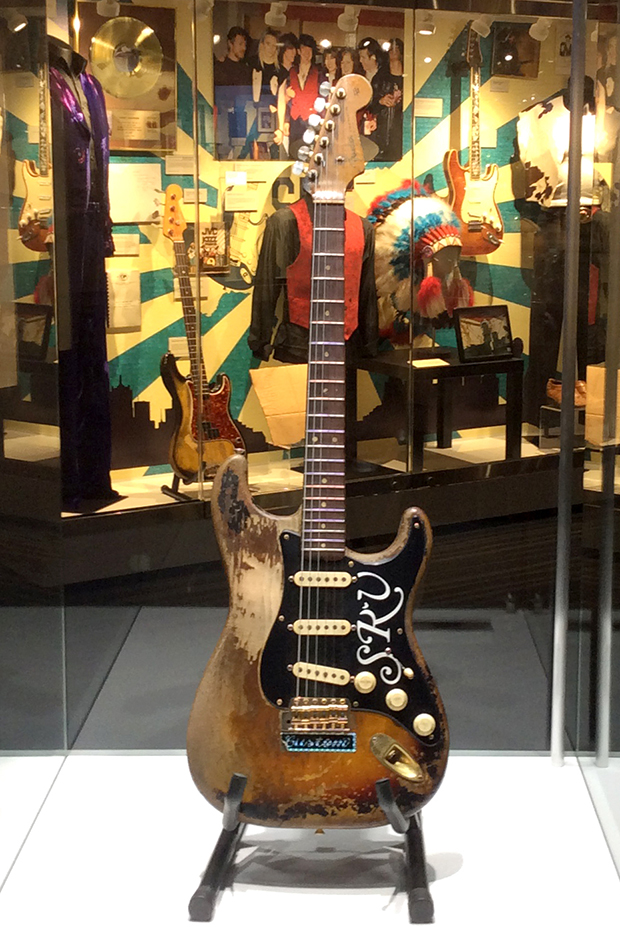 Bullock Museum Interim Director Margaret Koch says, “As the final and only Texas venue, we’ve nearly doubled the size of the original exhibit to include artifacts from musicians who had an impact on Stevie’s early years, a never-before-exhibited drum set from Chris Layton, personal photographs from Antone’s, and footage of Stevie’s ACL Live performances.

“We are thrilled to bring this incredibly rich Stevie Ray Vaughan experience to Texas,” Koch adds. “Through a stunning array of artifacts, personal photographs, and multimedia features, our visitors will be able to gain insight into the life, artistry, and legacy of this influential and much-loved musician.”