Five Texas Cookbooks to Gift the Foodies in Your Life

Get cookin' with these Texas tastemakers' recipes 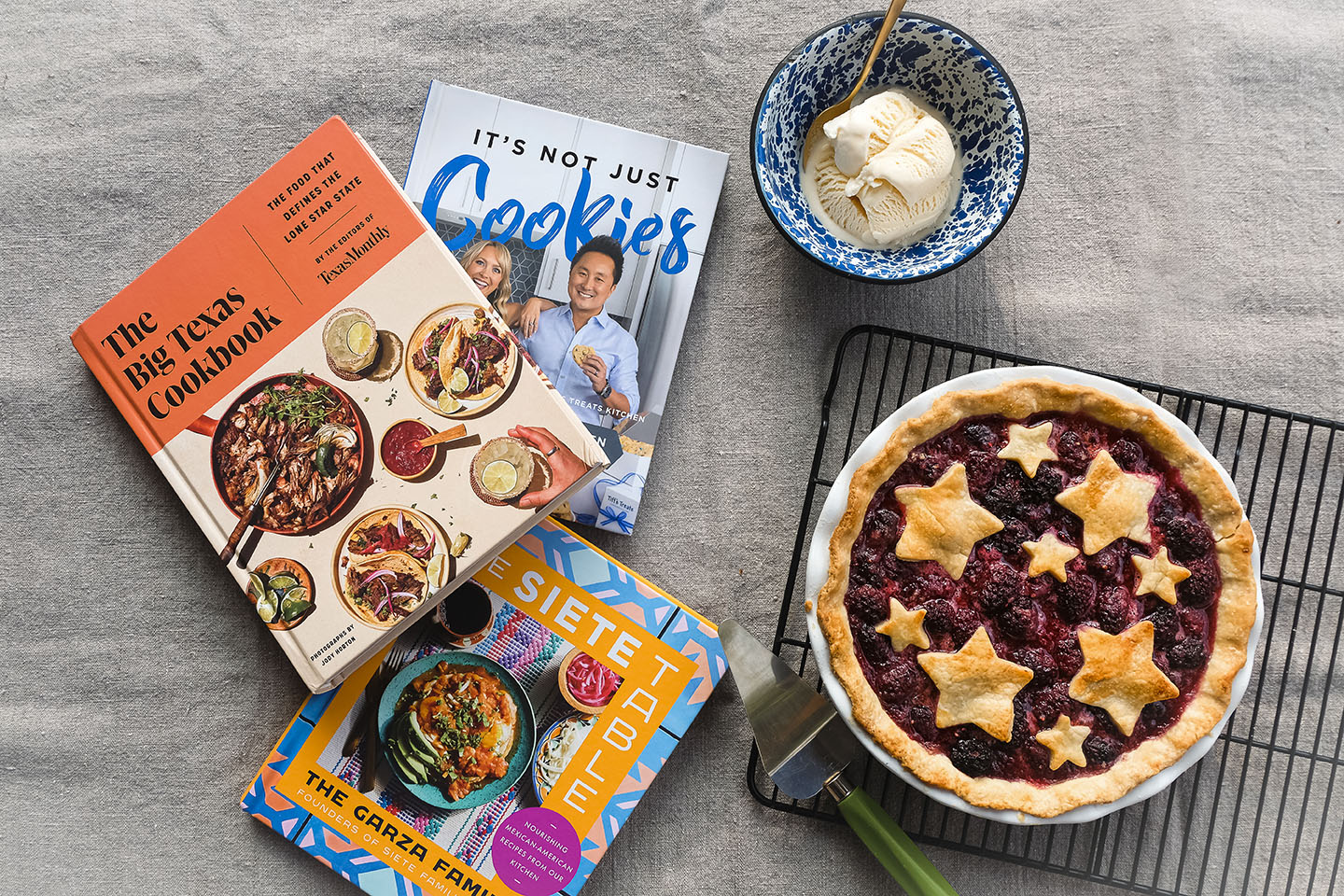 If you’re looking for a holiday gift for the foodie in your family or friend group, it’s hard to go wrong with the gift of new recipes. Several Texans have put out cookbooks this year that reflect the diverse cuisine the state has to offer. From barbecue to baked goods, these books will entice anyone to head to the kitchen.

The Siete Table: Nourishing Mexican-American Recipes from Our Kitchen

In recent years, the Garza family from South Texas has carved out a space for themselves in the gluten-, dairy-, grain-, and soy-free food world. The family started Siete Family Foods after one of the daughters, Veronica Garza, was diagnosed with several autoimmune conditions and found that adopting a new anti-inflammatory diet improved her health. The family has since created a line of gluten and dairy free tortillas, chips, and sauces that have made their way to grocery stores across the country. Their first cookbook, The Siete Table, contains more than 100 gluten-free Mexican-American dishes. It features everything from enchiladas suizas and vegan chorizo to churros and fruity margaritas. | $35 | Order cookbook

It’s Not Just Cookies: Stories and Recipes from the Tiff’s Treats Kitchen

University of Texas at Austin graduates Tiffany and Leon Chen started their now multi-million dollar cookie business out of their college apartment around 20 years ago. Tiff’s Treats, an on-demand cookie delivery service, now has more than 80 locations in six states, serving up warm cookies for birthdays, celebrations, special events—or just because someone had a craving. The couple is now sharing their cookie recipes in the book It’s Not Just Cookies. The collection also features stories from the couple’s two decades of entrepreneurship and the lessons they’ve learned on their business journey. | $26.99 | Order cookbook

Founder of Bludso’s BBQ in Los Angeles, Kevin Bludso was born and raised in Compton, California, but spent his summers in Corsicana where he learned how to cook at his grandmother’s barbecue stand. In his new cookbook, Bludso shares recipes and tips and tricks for cooking up Texas-style barbecue. The 75 recipes include everything from lamb leg, blackened catfish, and buffalo rip tips to sides like creole cabbage and down-home mac and cheese. And don’t skip over the desserts, like Mom’s Banana Pudding and buttermilk pie. | $29.99 | Order cookbook

Chef Victoria Elizondo is the owner of Cochinita & Co., a cafe, market, food truck and catering business in Houston. Her kitchen offers up vibrant Mexican dishes made with fresh, local ingredients. In her new cookbook, Taco-tastic, Elizondo shares how versatile and easy-to-make taqueria food can be. The book includes simple recipes that can be thrown together during a busy week, along with slow-cooked meals fit for a fiesta. Vegan and veggie alternatives are also provided. | $22.95 | Order cookbook

The Big Texas Cookbook: The Food That Defines the Lone Star State

Editors at Texas Monthly have put together a collection of more than 100 recipes from across the state. The magazine’s first cookbook explores well-known Texas cuisine, such as barbecue and Tex-Mex, and delves into the state’s expansive offerings, from kolaches Czech settlers brought to the Hill Country to Vietnamese-Cajun fusion dishes out of Houston. Complete with photography and essays, The Big Texas Cookbook commemorates chefs who shaped Texas’ food scene as well as the people innovating those traditions today. | $37.50 | Order cookbook