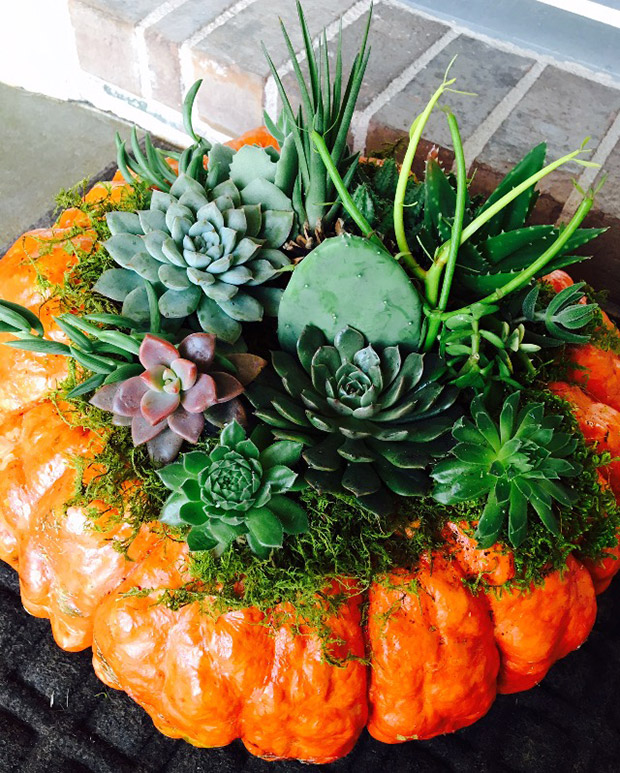 As soon as pumpkins start popping up at stores, our keen drive to want to carve them, paint them, and just get creative with them kicks in. Shanna Harding gets it. Pumpkins take center stage for her fall horticultural creations.

Hip Horticulture’s Ben Wheeler customers have stuck with Shanna Harding, and as she establishes herself in Spicewood, she continues to take orders through her Facebook page, by phone or text. You also may find her succulent pumpkins at Austin Gift Company, Revival, Breed and Co. (Westlake, 29th Street and Spicewood locations).

Harding, who recently moved her business – Hip Horticulture – to Spicewood from Ben Wheeler, spends each fall designing something a little out of the ordinary: succulent pumpkins.

“I have been a floral designer for 17 years, and now also design with succulents all year long,” but she adds, “I am in my element this time of year!”

Harding’s pumpkin creations are “by far my favorite arrangement to make, and my No. 1 seller,” she says. And they’re popular because they’re beautiful, and some people may feel their porch is just naked without pumpkins.

“I have received awesome feedback, and I work hard year after year learning new techniques for improvement,“ she says.

Harding takes such personal pride in each pumpkin she decorates that she insists on hand-delivering them herself in the Austin area. But she says you, too, can make something similar. To help Texas Highways readers with their creative urge to pretty up a pumpkin, Harding shares these easy do-it-yourself tips for your own pumpkin arrangement. 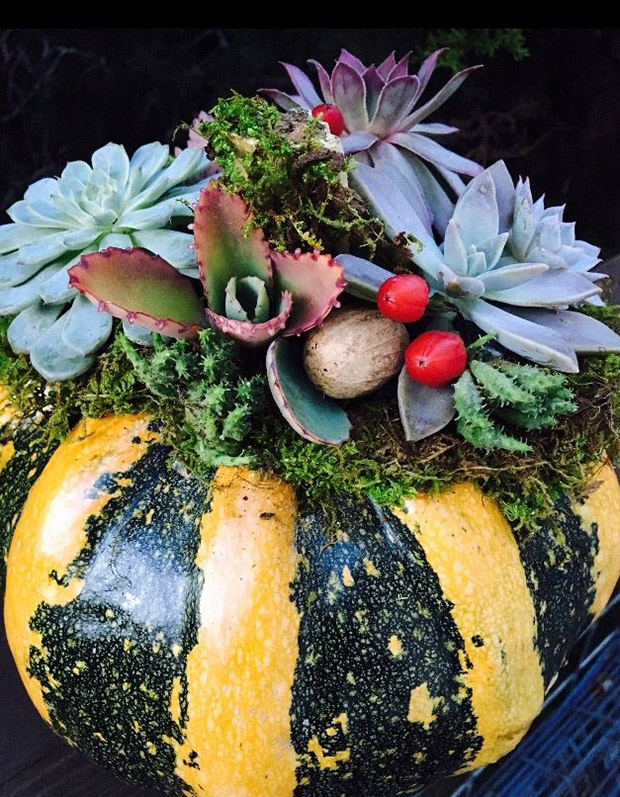 Step one. Pick your pumpkin.

Harding creates arrangements using different styles of pumpkins and gourds (including the mini ones but says the a pumpkin, the better. “The flatter pumpkins are more desirable because they hold the elements. The rounded ones do not.”

Also, make sure there is no bruising on the pumpkin. “Bruising or abrasions on the skin of the pumpkin start the decomposing process early,” she explains. “They just won’t last.”

“The cool thing about these arrangements is that I collect dried pods, flowers, pine cones, bark many natural found items to incorporate into my designs,” she says. But, of course, the main attractions are the succulents – cuttings from mature plants that are easily removed with a quick clip of sharp, clean scissors. 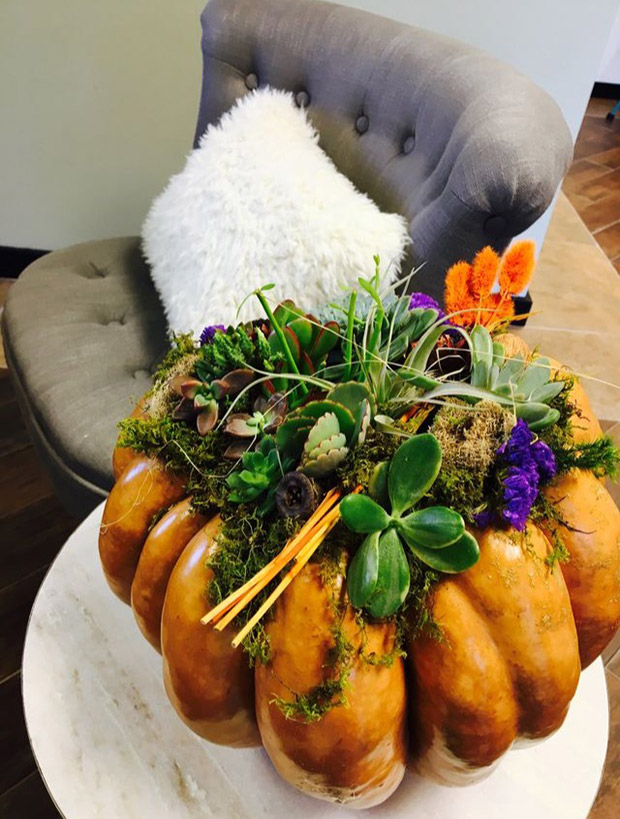 Use an adhesive and glue moss to the top of the pumpkin. Then use a hot glue gun to glue the succulent cuttings onto the moss.

“I add raffia bow if I want to dress it up a little,” she says, adding that they make “great table or door greeters on a perfectly decorated front porch.”

Most importantly, though, she says “Don’t be afraid to have fun with it. Be creative.