The old stone landmark has been in the family of the late Broken Spoke owner James White since 1898. 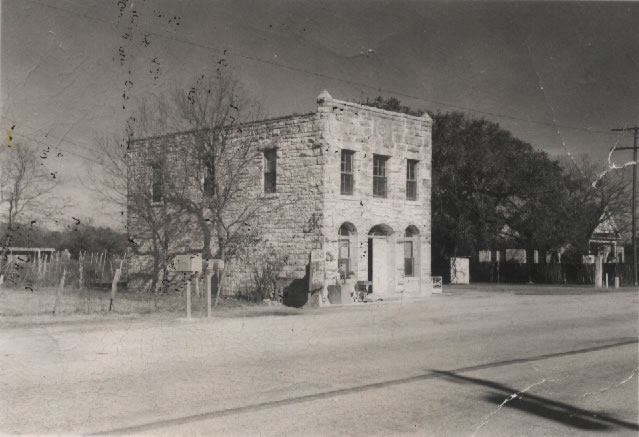 Traveling south out of Austin on US 290 through the growing community of Oak Hill, hundreds of drivers a day cast curious glances at a historic-looking roadside landmark. I’ve stolen dozens of peeks at the limestone structure myself, briefly wondering about its past before my focus whiplashes back to the wrasslin’ match of the Austin-area traffic.

The most recent tenant, Austin Pizza Garden, closed its doors in January—like many eateries, a victim of the pandemic—after 27 years of business in the antique edifice. Built as a general store in 1898, the building’s occupants over the years have included other restaurants, a plant nursery, an art gallery, a post office, a Masonic lodge, a Woodmen of the World meeting hall, and, according to one report, a dance hall.

It’s said that Willie Nelson once wanted to buy the historic building. But his friend James White, the beloved owner of Austin’s Broken Spoke honky-tonk who passed away at age 81 on Jan. 24, wasn’t selling.

White’s great-grandfather, James A. Patton, a former Texas Ranger, opened the original general store in a wooden building at the site in 1879. Two years before the turn of the century, he supervised construction of an “old rock store” by German stonemason Henry Marx, who erected the sturdy 2-foot-thick walls with locally quarried stone. In addition to the store, built in a style described as Hill Country vernacular, Patton is remembered in the area today with the J. A. Patton Elementary School. Historians say he was known as the unofficial “mayor of Oak Hill.”

Patton’s daughter Rosa, who married a man named John Dudley White, inherited the property when her father died. She left it to her daughter, who eventually handed it over to her nephew, James White.

For years, the White family ran a restaurant called the Fortress in the store. Gov. Preston Smith was a dinner guest one night in 1970, and the next day he officiated at the unveiling of the Old Rock Store’s State Historical Survey Committee Official Historical Medallion. After the Whites began leasing the building to other businesses in 1977, Willie’s daughter Lana Nelson operated Cowboy’s Steak House in the old Patton store, and the Red Headed Stranger performed there. (I reached out to the White family for comment on the building but have not heard back.)

Austin Pizza Garden employees and others report that the venerable premises might be haunted. Lights have gone off and on, doors opened and closed, bootsteps echoed in empty rooms. Apparitions appeared. Mediums have looked up from their pies to whisper, “There’s somebody here.”

Jeanine Plumer and Monica Ballard of Austin Ghost Tours believe the resident spirit is John Dudley White. Also a Texas Ranger, he was killed pursuing an AWOL soldier and two draft dodgers in San Augustine County in 1918. Utilizing gizmo-tech intended to elicit expressions of ghostly energy, Plumer, Ballard, and other specter stalkers report hearing phantom words like “Rosa,” “Ranger,” and “Comanche” in Patton’s store. As a Texas Ranger in the 1870s, John Dudley’s father-in-law fought Comanches and other Native Americans.

Offered for lease, the building’s future is an open book. “I wish they’d move the Broken Spoke here. It’s about to get swallowed up by condominiums!” exclaims Steve Zaremba, a grizzled old-timer and caretaker of the land next to the landmark. “I first saw this place about 30 years ago when some friends were driving me to Fredericksburg to see historic buildings. I hollered, ‘Stop! This is Fredericksburg right here!’”